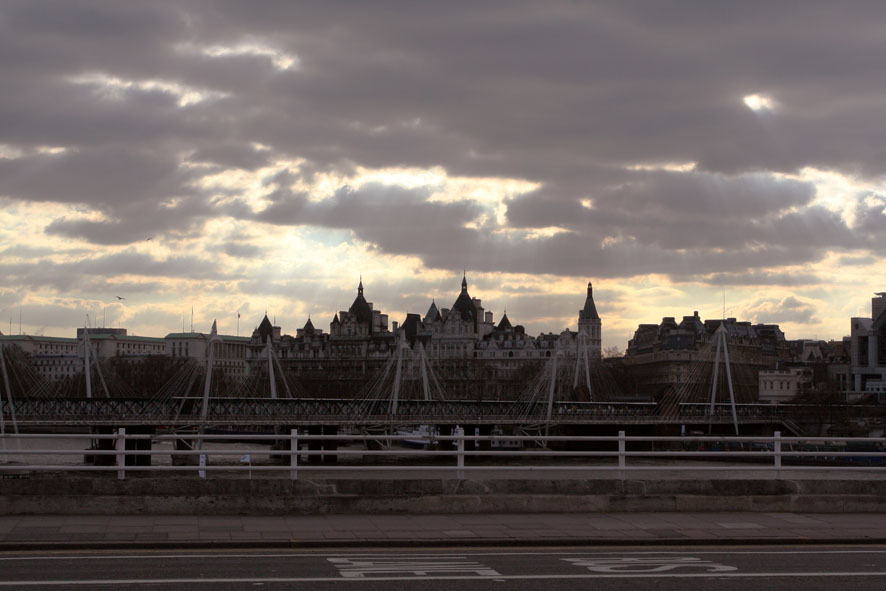 London was one big theatre-fest. Sorry for those wanting some of the touristy things…it ain’t gunna happen. Caught the Heathrow connect (not the Heathrow Express – it was over double the price for 10 minutes less travel time) to Paddington and walked to our hotel. Now, we must say that this was certainly not the favourite of our abodes, but we knew it wouldn’t be. Long story, but basically we got it very cheap on Hotwire.com (where you often get 4 star hotels for the price of 2 star – we got our lovely ‘W Hotel’ in Chicago through them), and then discovered all these shocking reviews. Now it wasn’t as abysmal as we were expecting, but it certainly wasn’t the 3.5 stars it professed to be. Definitely steer clear of the Thistle Kensington Gardens. The most ‘story-worthy’ moment of staying at this establishment was our early morning check out when, on exiting the lift in the small lobby, saw a homeless man quietly exit from a hidden nook where we assume he had spent the night. He left the building and when we exited the front door could plainly see where he had just urinated up against the potplant near the front door. Charming! 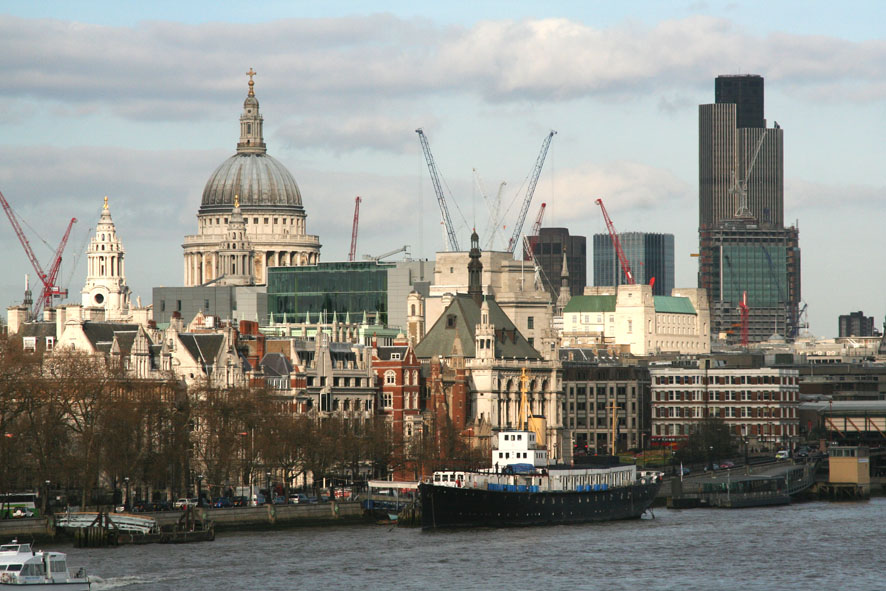 But apart from that precious moment, we actually had many theatrical thrills – 4 shows in 2 days, and weren’t we just completely knackered after that?! The first day was a Spamalot matinee – loads of fun, great voice in the woman playing Lady of the Lake (after meeting with our lovely Kelly for lunch at a pub called the Opera pub), followed by drinks with our adorable Stephen before heading off to Equus staring Richard Griffiths and Daniel Radcliffe. Now, a lot of you are thinking ‘what the hell does Harry Potter think he is doing in a Schaffer play?’, but he really was great. Apparently Richard Griffiths has been a bit of a mentor to the young man on this one. Well done to both, I say. Absolutely loved the design. The metal masks and hooves of the horses were incredibly effective. The set was simple but perfectly appropriate and all actors were spot on. Good stuff (especially to keep us awake when jet-lagged!) 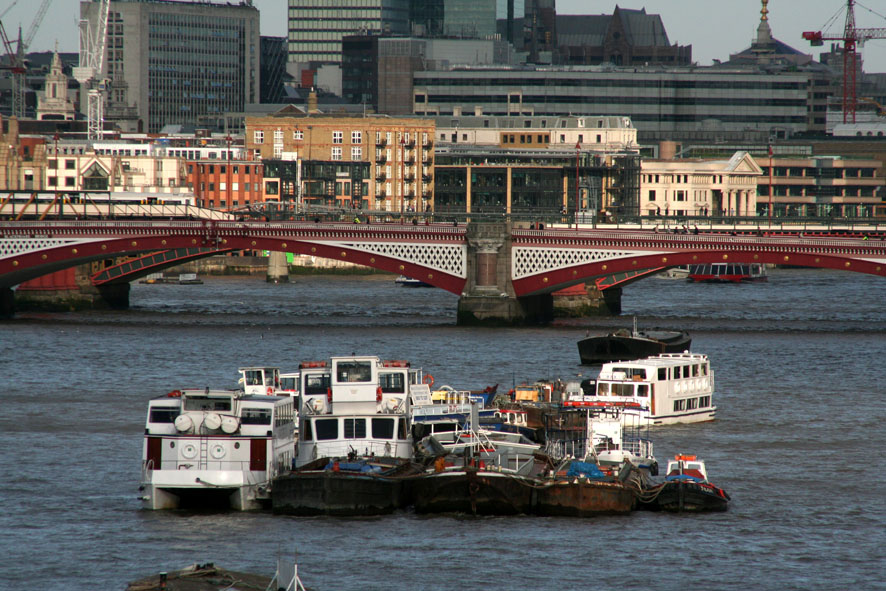 Next morning slept till after 11am!! Must’ve been a tad tired…..Had originally planned to some morning tourist things to make us go “Cool – we’re in London”, but it didn’t happen. Managed to get over to Waterloo to ‘Thai Silk’ for lunch, as usual when going to the Old Vic (bargain and some of the best Thai in London). Saw Orton’s The Entertainer with Robert Lindsay and Pam Ferris. Another winner – very heart wrenching moments when Archie Rice is on stage, failing miserably in his vaudeville act, and the self-loathing and apathy are so tangible behind his eyes. Followed that with champagne and the best chips I have EVER had in my life at the pub ‘Livebait’. Finished our theatre experience for this trip with Jessica Lange in The Glass Menagerie. Suitably impressive. The real winner was the woman playing Laura. 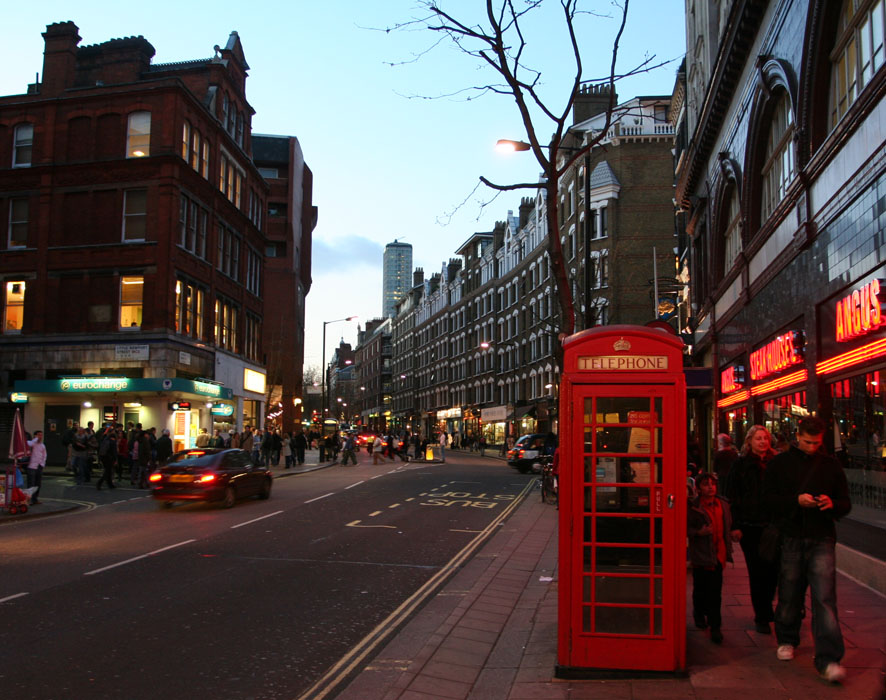 Finished with a beer in the ‘Nell’ with Kelly and Al before heading home to bed before an early morning going to Heathrow and flying to Paris. Will not do THAT again – much easier to get the Eurostar directly from Waterloo to Paris – less time than getting to Heathrow in time for check-in and security stuff. 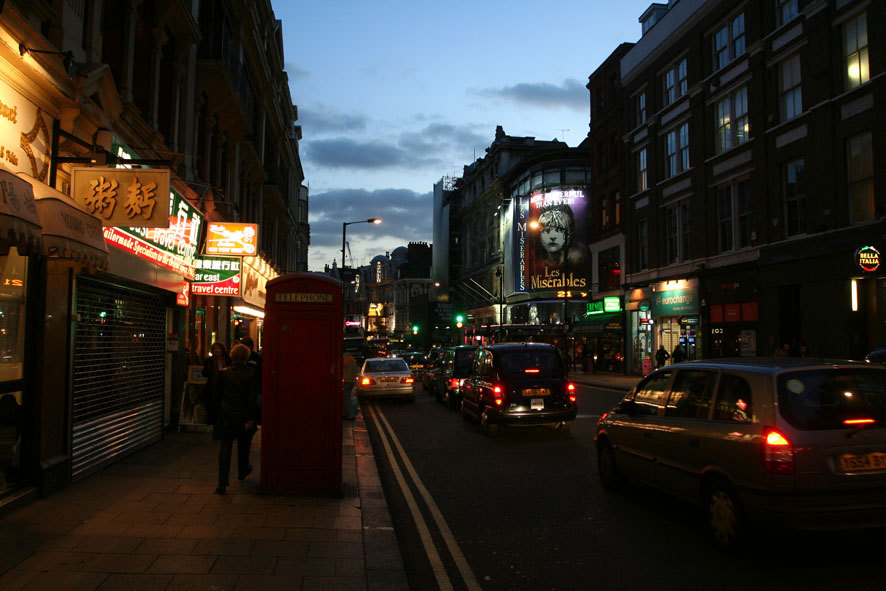 Shaftsbury Ave on our final night