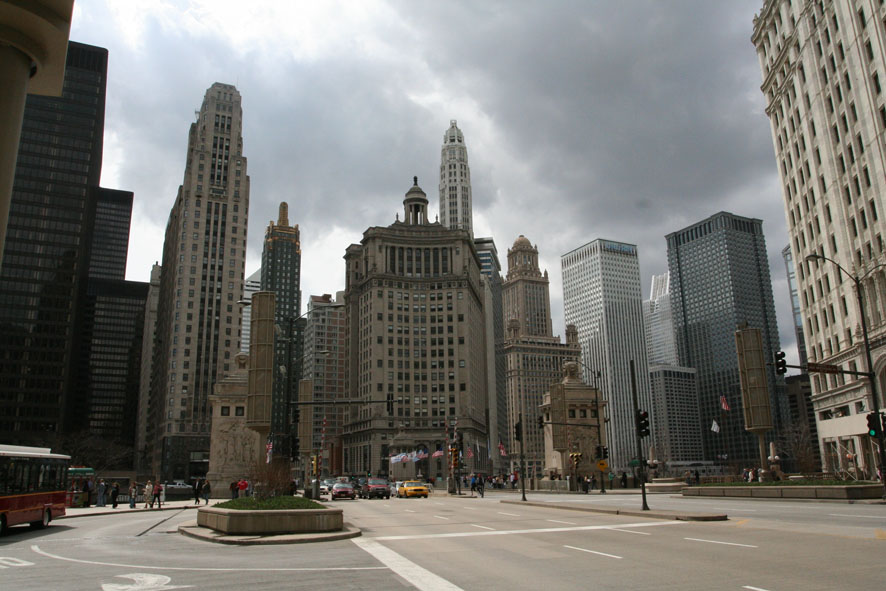 What a welcome in Chicago! – we emerged from the subway (they call it the ‘el’) right into the rainy afternoon and a vast number of fire trucks and police cars blocking streets and doing the job of fighting a big fire and keeping the public safe. Negotiated the misty streets and, despite our noble aim of public transporting things all the time, caved and caught a cab to the hotel. 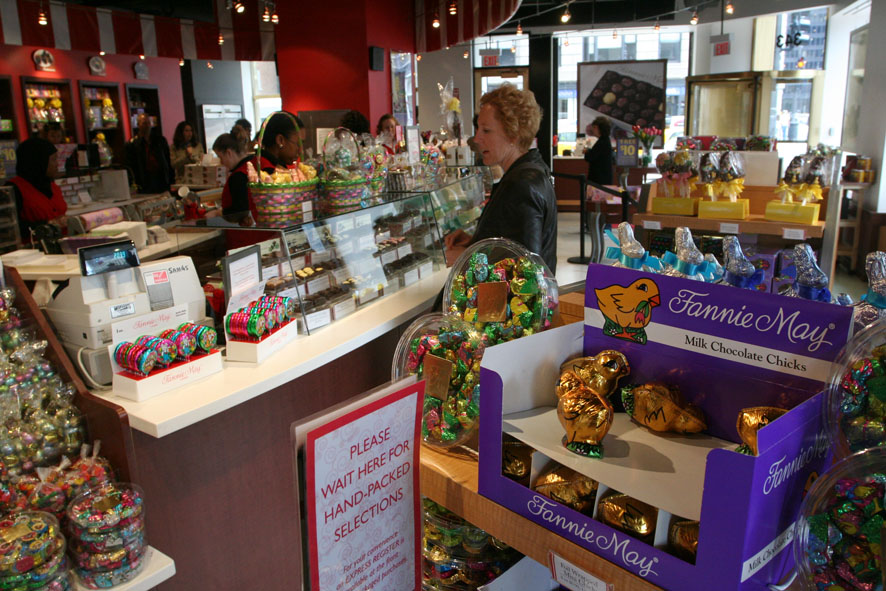 Another chocolate shop, this one called “Fannie May’s” 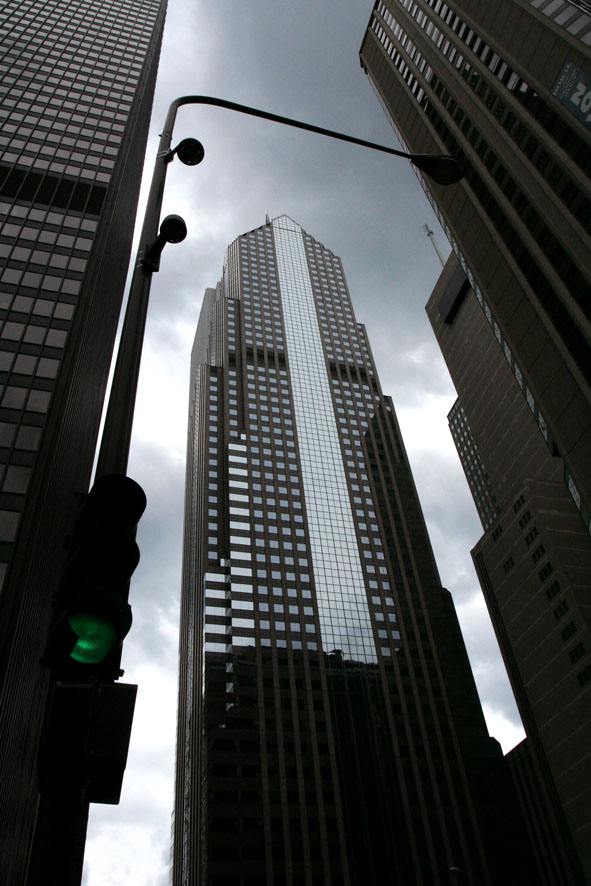 Checked in to the W on Lake Shore Drive which was far too hip and happening for dowdy old Nic and John, and fell in love with the sleek and tres modern room. We dumped our stuff and caught the ‘el’ north to the Steppenwolf Theater to see Pinter’s Betrayal. Interesting watching American actors do British….

Our one full day in Chicago (NOT enough time!) started with a sleep in after a late night blogging in the lobby/bar of the ultra chic W. Walked to a great breakfast place called ‘West Egg’ (don’t know if the Gatsby reference is deliberate) which was absolutely packed, but according to the head waiter, it wasn’t busy compared to the usual weekend crowd. 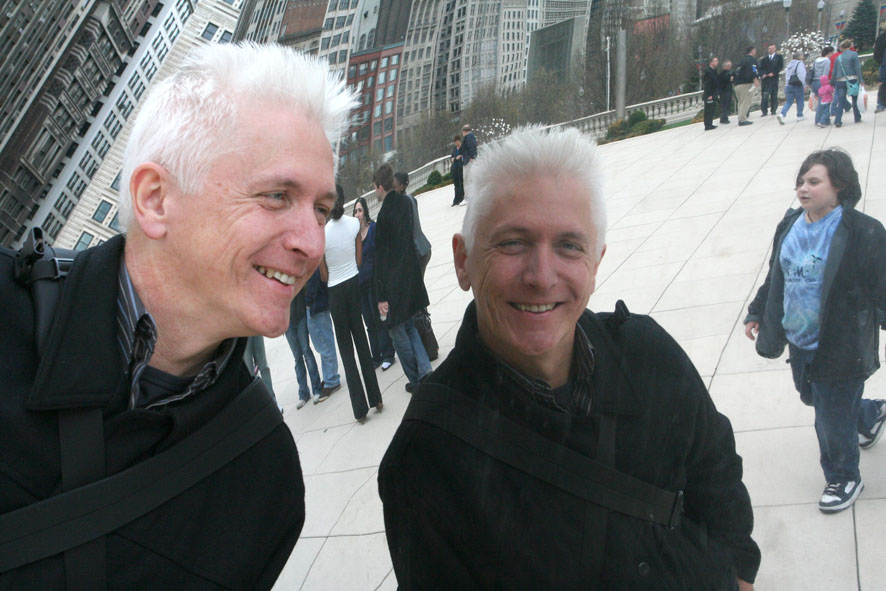 John (and his reflection in the sculpture in Millennium Park)

We then made our way to the Art Institute of Chicago where we spent a good three hours at least enthralled by pretty much everything there. On the way we stopped at the amazing sculpture in Millennium Park, it looked like a gigantic glob of that stuff in Terminator. 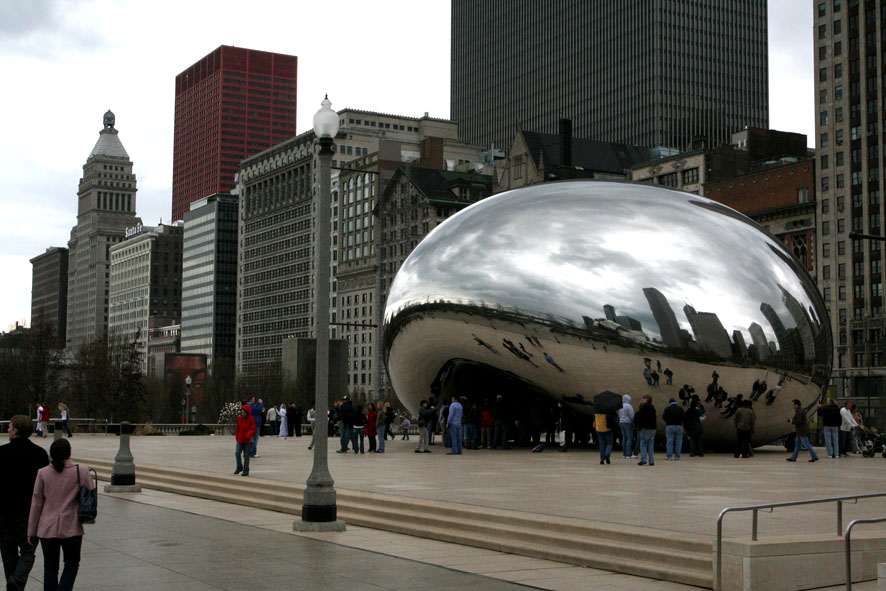 The sculpture from a distance 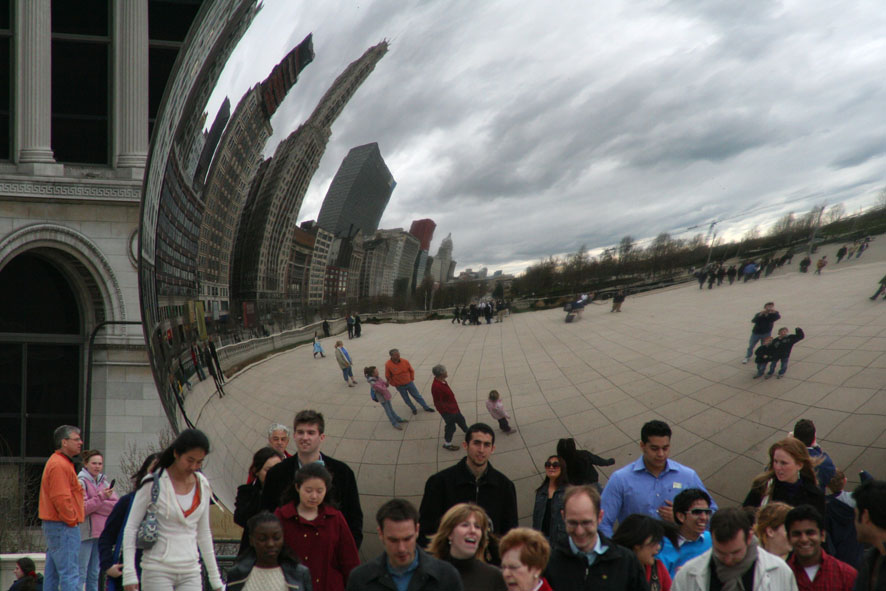 The sculpture with others and city

For those Sondheim fans, we saw the original of the Georges Seurat painting from the musical Sunday in the Park with George. A truly amazing piece. 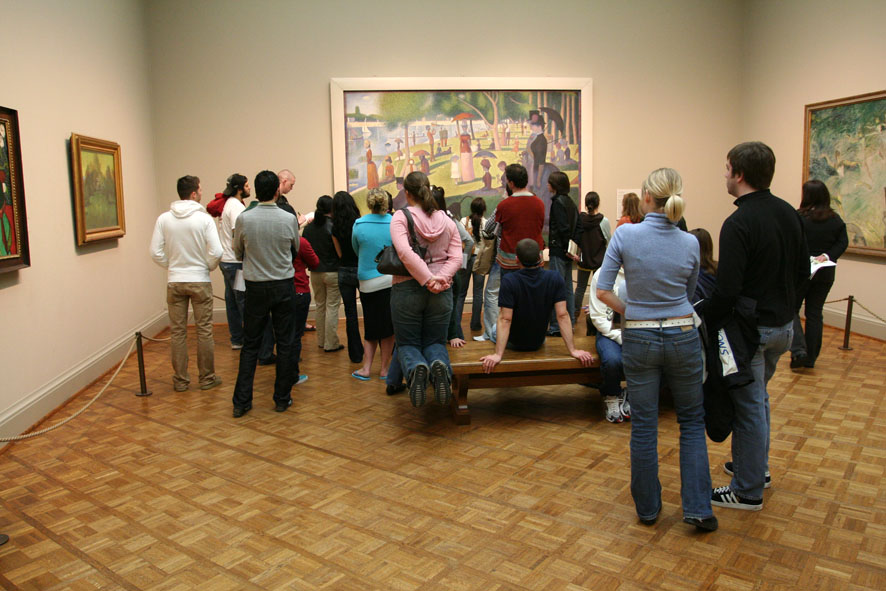 Many looking at the Seurat

Went to ‘Pops for Champagne’ for a delightful glass of something beautiful and French and some amazing pate made on the premises followed by some local cheeses. Absolutely scrummy! Made a perfect last night in the U.S. 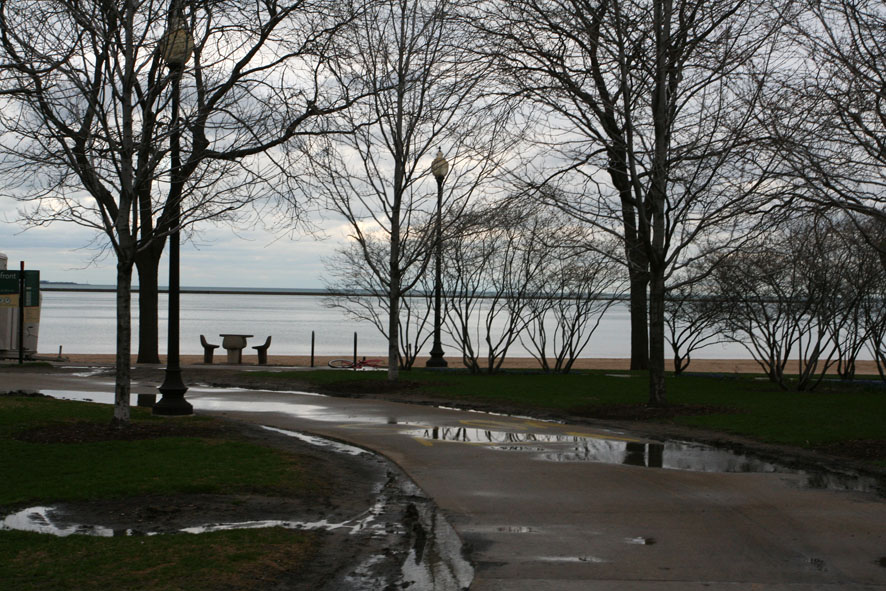