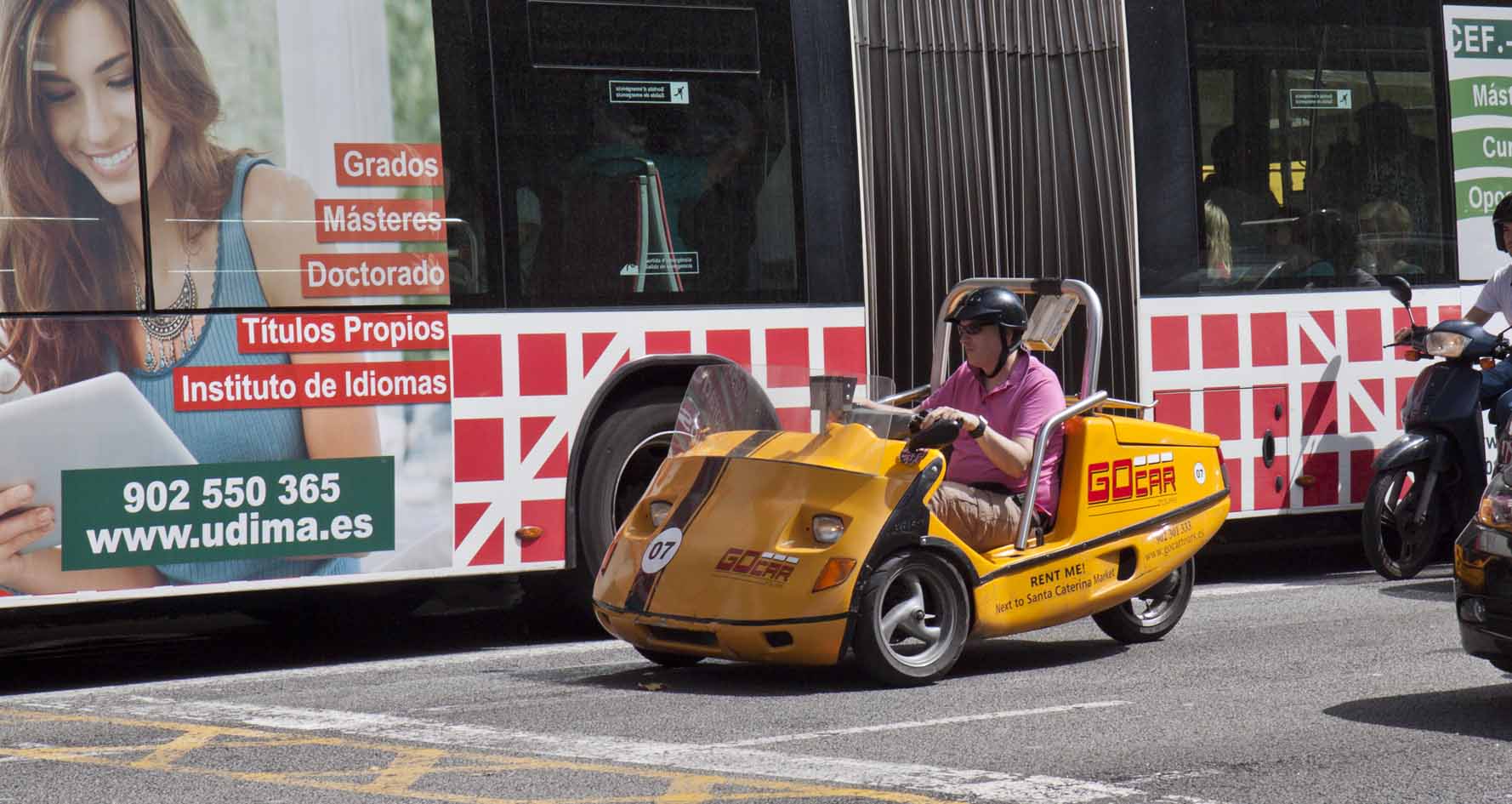 We hit the ground running in Barcelona – and the kilometres accrued in a hurry! Before we began our initial exploration, we checked in at the apartment we were renting with friends in the Gràcia district – a 3 bedroom place in a secure building with spacious living area, perfect for the 6 adults who had come to Barcelona to play!

With the formalities of checkin, passports, security deposits and the hand over of keys sorted, we dumped our bags and headed out into the new city. We walked from our apartment to the water via La Rambla, exploring many things on the way – covering about 6kms in total by the end of our ramblings!

One item on the agenda for all of us was the Mercat de la Bocqueria – Spain’s best markets, according to many. While the atmosphere was pretty much perfect, and it was a feast for numerous senses, there were some things that were overpriced (as we were to discover after visiting our local greengrocers in Gràcia). But we lapped it all up, and made many mental lists as to future purchases for our week’s stay in the city – cause what’s the point of staying in an apartment if you don’t make the most of the fresh produce available and throw some amazing feasts together with your pals?

As we continued down La Rambla, we happened upon the Gran Teatre del Liceu, Spain’s grandest theatre. This was a very pleasant surprise for the group – as we are all connected to theatre in some way (whether it be as musicians, actors or technicians). And we only had to wait about 15 minutes for the next tour. This was an opportunity to see the space when empty of patrons and performers, and gather some historical tales. Unfortunately, the tour did not include any backstage time, which is what most of our group was hankering for, but I guess that isn’t high on the priority list of most of their visitors – they just wanted the ‘pretty’ of the plush surrounds.

Enjoyed a walk along the waterfront, admiring the wealth and sleek lines of the yachts moored near Barcelonetta. Popped into La Champagneria, a bar that serves many different sparkling wines by the glass. From what we had read in guide books, we thought that you got a ‘snack’ with every glass of bubbles, but really you had to BUY a snack with every glass of bubbles. Slight miscommunication at the bar, but our friend, whose Spanish was better than ours of zero, sorted things out, and managed to get us some food (and eventually our change!) after some time waiting in line…more than once! Not sure what the deal was with handing over the money and getting product in return, and then having to wait significant time for the change. Oh well, we just rolled with it – had our champagne and olives and moved on to the next adventure.

We headed to the edges of the Barri Gotic district to find a tapas bar for dinner (our newly arrived friends were still on non-Spanish time, and like us, preferred to eat before 10pm!). We managed to satisfy all tastes at Café de la Ribera, located on a little square, partaking in some grilled vegetables, seafood, cheese and toasty bread (one of the few places willing to serve food before 8pm!).

As we were all tired from our day in transit and settling in to a new city, we headed home on the easy to use subway – the first of many trips! Once again, Sydney could learn a thing or two about public transport from another foreign city. 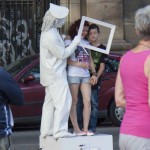 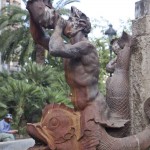 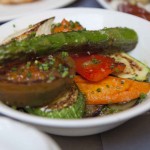 Grilled asparagus and other veggies at Café de la Ribera 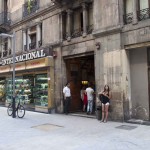 The outside of La Champagneria, Barcelona 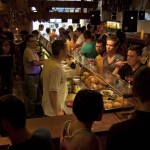 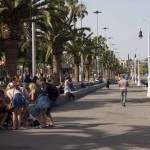 Walking along the waterfront on Ronda Litoral in Barcelona 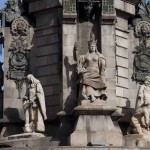 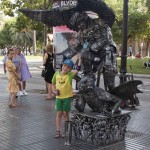 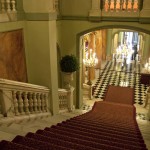 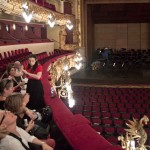 Inside the auditorium of Gran Teatre del Liceu 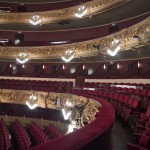 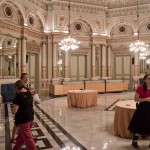 The refreshments room at the Gran Teatre del Liceu, Barcelona 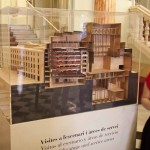 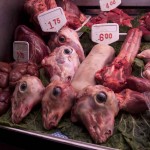 Sheep heads and other bits and pieces at Mercat de la Bocqueria, Barcelona 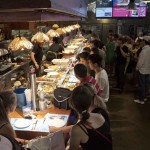 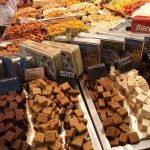 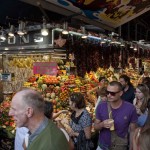 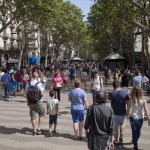 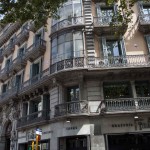 One of the many corners of architectural prettiness in Barcelona 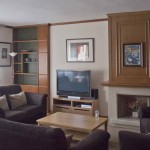 Our apartment in Barcelona 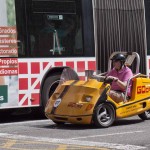