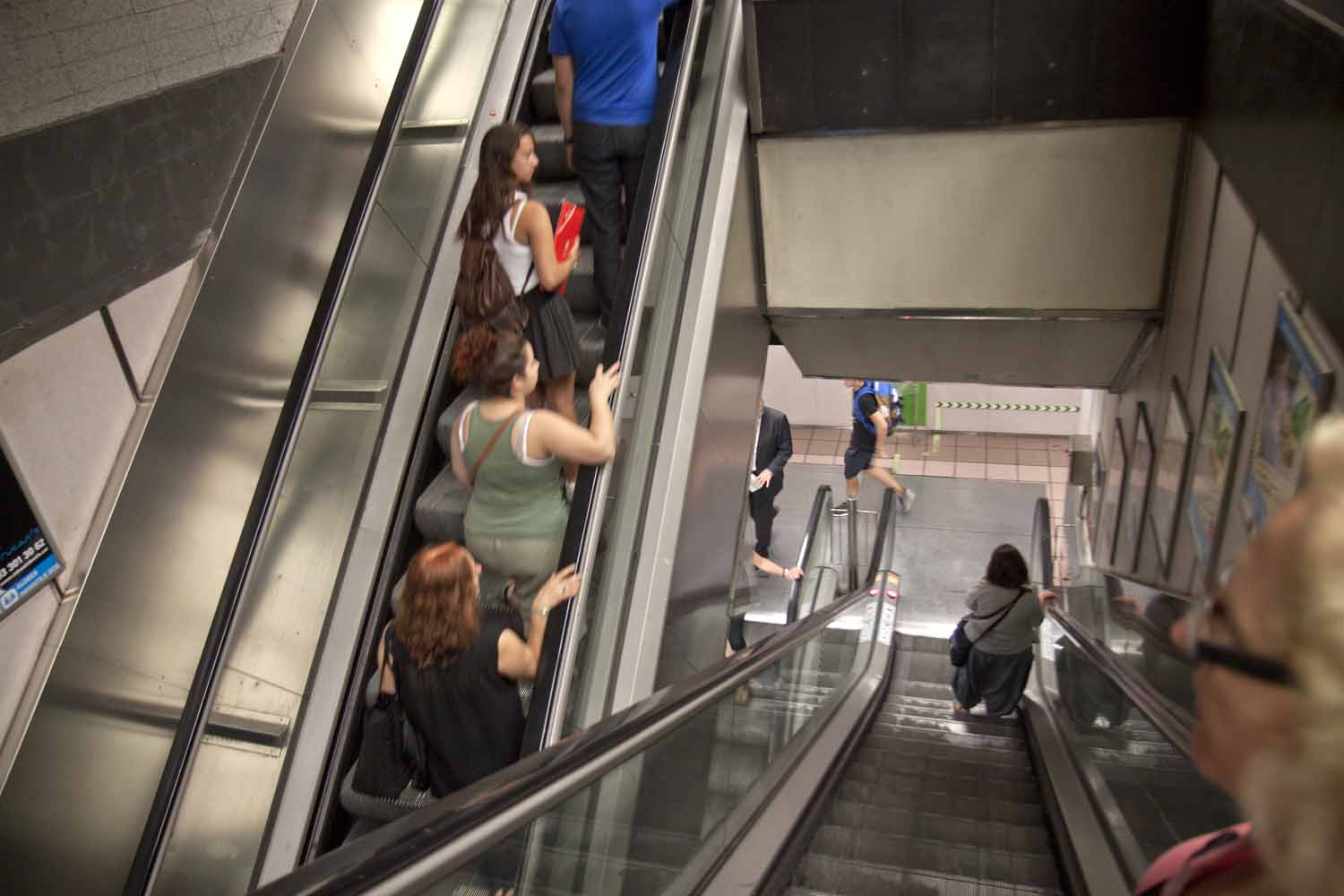 Our morning adventure for the day was to visit Parc Güell (pronounced ‘gway’), part of the UNESCO World Heritage Site “Works of Antoni Gaudï.” This park was originally planned as part of a housing development site that didn’t really take off, but is now a municipal garden that looks like a surrealist version of Disneyland. The highlights are the lizard fountain and the mosaic-covered undulating benches of what was originally designed as the central market, with stunning views across all of Barcelona. TIP: if visiting, take the metro on L4 to Vallcarca, follow the signs walking down hill and you’ll find the escalator-assisted way to the top of the hill – much easier on the legs!

After our Parc Güell visit, we decided to walk down the hill to our darling neighbourhood of Gràcia for lunch, choosing a place called ‘Bo’ in Plaça de la Vila de Gràcia – thought by many to be Gràcia’s nicest square, and we would have to agree! It was once the centre of an independent village before the urban sprawl took it into the embrace of the larger city of Barcelona. It has a very fine looking clock tower at its centre (built in 1862) and its town hall still stands at one end of the square. It really is the heart of this eclectic neighbourhood, populated with students, intellectuals, artists and families. Delightful really.

We strolled home through our new neighbourhood, stumbling upon Casa Vicens – Gaudï’s first major private commission. The house exhibits a distinct Moorish influence and is built of stone and deep red brick, covered in green, gold and white tiles, the floral motif resembling chrysanthemums or dahlias. Even in this early commission, Gaudí’s distinctive, creative flair that draws on the influence of the natural world, is most apparent.

The late afternoon led to a metro run to Liceu to visit La Bocqueria for provisions. Shopping with friends in a market for dinner is such fun, and there was much pointing and nodding and grinning as we passed from stall to stall making our very important purchase decisions. I do think it was wise that the carnivores elected to pass on the jamón that was €325 per kilo and went with one that was cheaper!

We assembled our feast in the large kitchen and spread it out on the even larger dining table in our sprawling Gràcia flat. The happy travellers had such a joyous time of it, swapping stories of adventures that were experienced before meeting up only the day before, that we didn’t turn in until 2:30am. 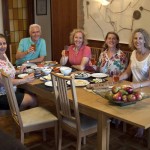 Friends and their feast in Barcelona

Ironing in the apartment across the street – very ‘Rear Window’ 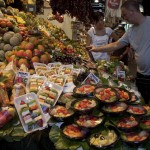 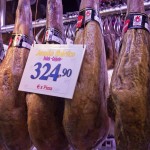 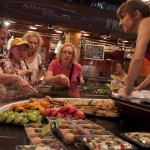 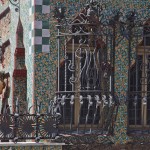 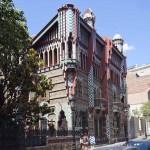 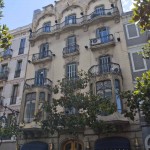 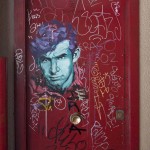 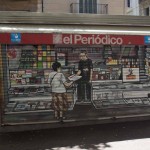 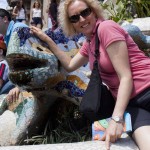 Nic getting up close and personal with the lizard fountain, Parc Güell 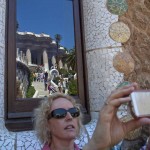 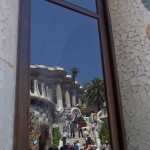 The reflection of the magnificence of Parc Güell

The hall of columns, Parc Güell

The best view of Barcelona from Gaudí’s garden, Parc Güell 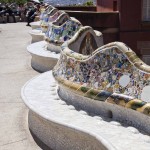 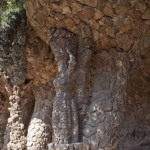 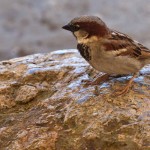 View of Barcelona from Parc Güell 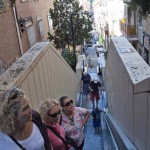