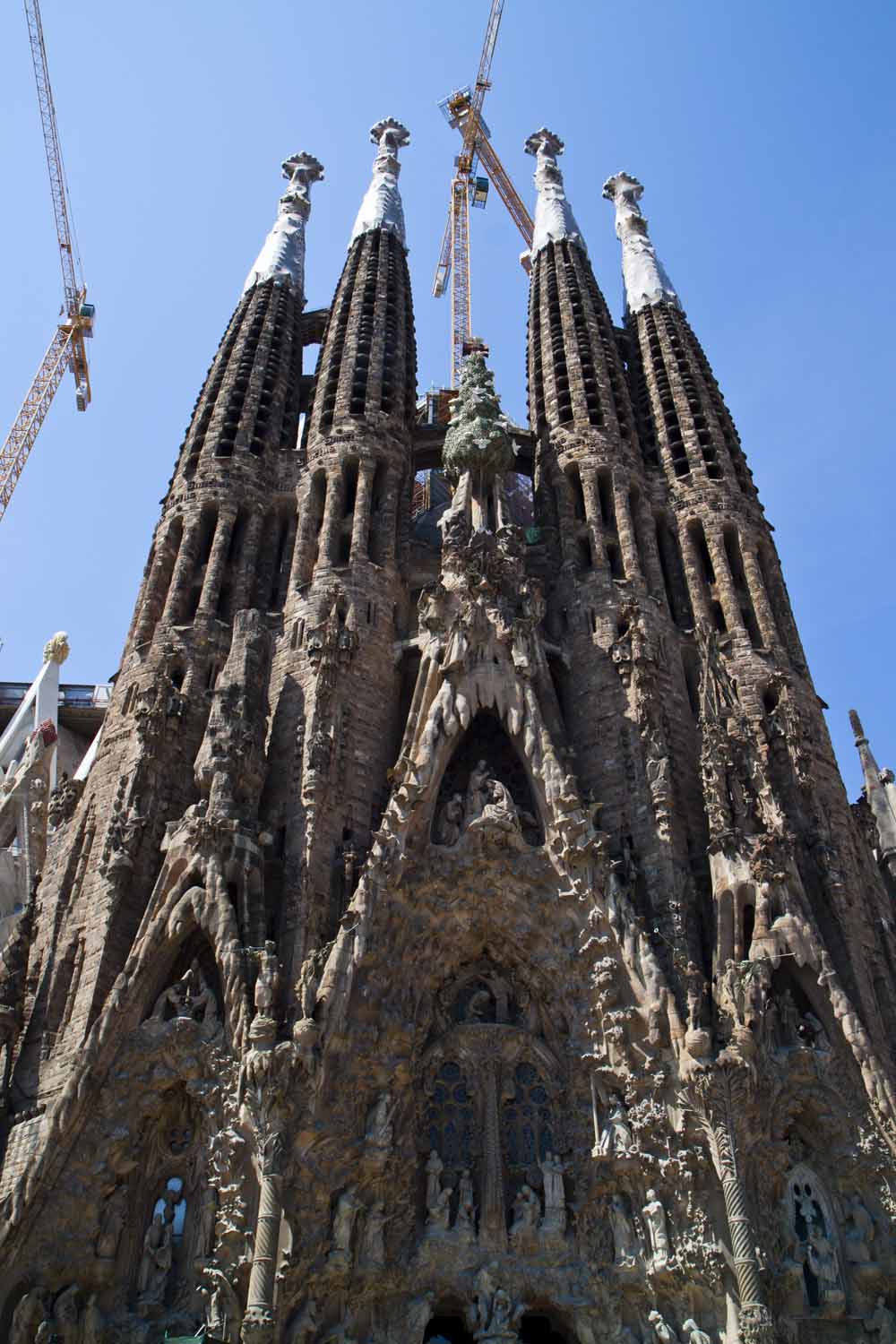 Today was a very ‘touristy’ kind of day. Had a lovely sleep in (much appreciated after our late bed time), and dawdled over breakfast. The whole household took the metro to Plaça de Catalunya and pretty much spent the next 5 hours on the ‘hop on, hop off’ tourist buses. To be honest, the only ‘hopping off’ that happened was when we grabbed some lunch and changed to the next route – there were 3 in total and we did all of them. There are 2 companies that offer this kind of service, and we went with the official one – Barcelona Bus Turistic…although, we never seemed to score the buses with the moveable shadecloth on the top deck.

The first 2 hour stint took us up past most of the Gaudi’s, including Casa Batlló, La Pedrera, La Sagrada Familia and Park Güell. It was interesting to see a lot of areas that we would not venture near on foot or metro, but it gave us a great overall sense of the city. Have to say that our first driver was rubbish – running red lights and braking suddenly (more than one passenger came off their seat at some point). Not good at all.

In our change over to the second route of the day, we grabbed some lunch at Café Zurich on Plaça de Catalunya – a bit of an institution in Barcelona, and a common meeting place. We had some toasted baguette style rolls at the standup bar; ordinary, but fast and filling – we didn’t want to waste time with a sit down job, we had more bussing to do!

There were quite a few spots on these routes that required for us to sit in the hot sun (open top deck) for 10 minutes at a time, which by the final route ended up putting me to sleep, but it was still a worthwhile experience. We got to see all the sights and have now made a list of what else we want to do up close and personal in Barcelona.

Dinner was had at Nou Candanchu, another restaurant on Plaça de la Vila de Gràcia, which came highly recommended. They were very popular, so we didn’t score a table on the square, but still enjoyed the atmosphere inside. Our stamina didn’t last anywhere near as long this evening as it had the night before – 5 hours in the sun had taken its toll, and we made our way back to the apartment, via a local bodega for more provisions, and planned an early night. But good intentions don’t always come to fruition, and there was more wine consumed and more conversations had before bed was sought. 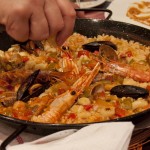 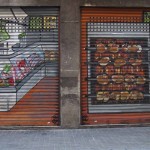 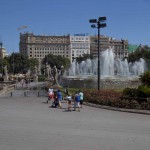 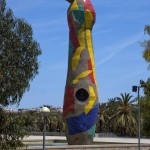 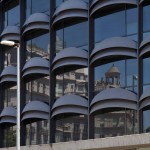 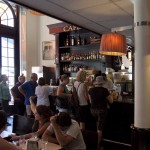 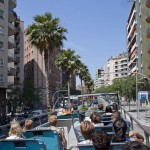 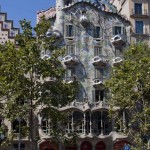 The roof of Casa Batlló, Barcelona 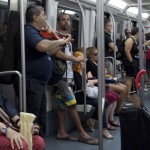 Busker on the metro, Barcelona 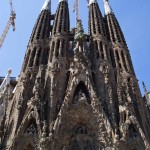