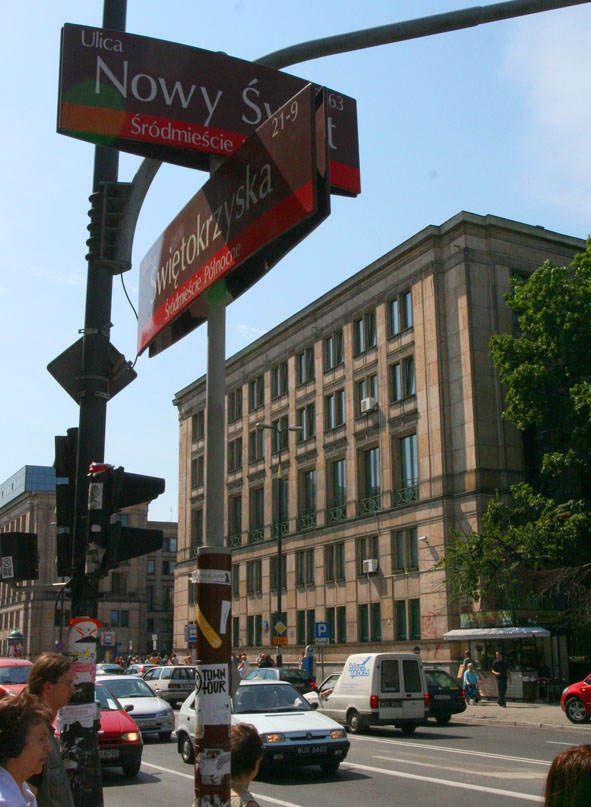 Nowy Swiat – a main shopping street near our hotel

There was something quite relaxed about Warsaw. There didn’t seem to be any sightseeing pressure there – no long list of ‘THINGS WE MUST DO OR WE WILL REGRET IT FOR THE REST OF OUR LIVES!’ kind of thing going on. Quite a relief, really. It could just be WE were very relaxed and went with the flow of ‘whatever happens, happens.’ 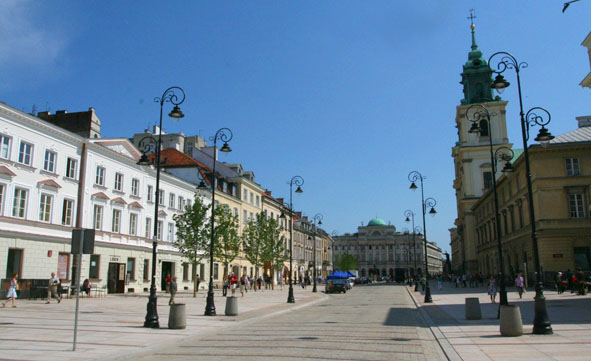 Stayed in a swish hotel/apartment complex called ‘Residence Diana’ in the main shopping district, which was surprisingly quiet – all the tourist, stag night yobs apparently hang out in the Old Town and party till dawn in the Old Town Square (seems to be a bit of a pattern emerging here in Eastern Europe for the old stag night scenario). We caught a bus into the city from the airport and have decided that Warsaw public buses are the best we have been on – such clear information and great signage, even for us non-Polish speakers, that it was impossible to get lost. 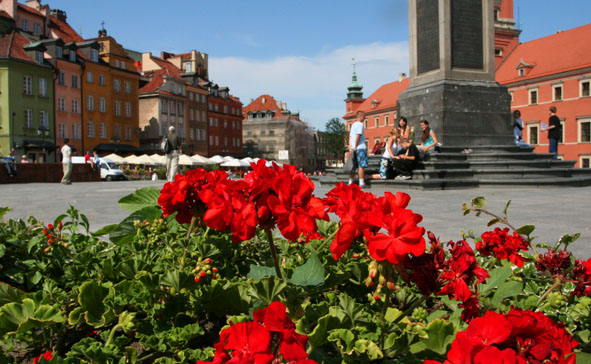 Zambowy Square on the edge of the old town 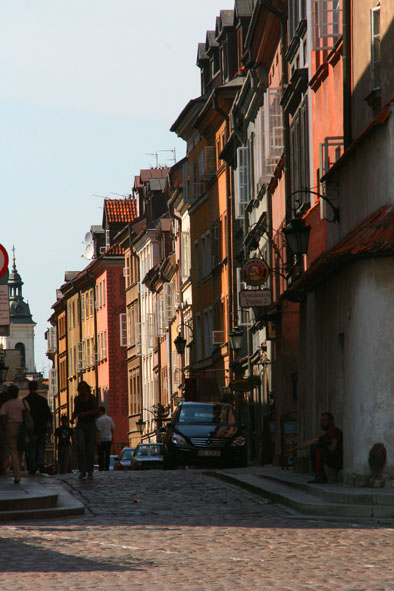 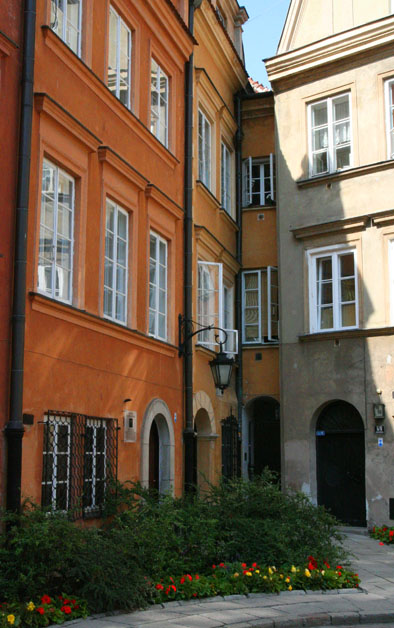 The narrowest house facade in Warsaw (only 1.4m wide!)

Did a walk of the Old Town on the first afternoon and enjoyed sitting on the main square with a beer listening to a young and extremely talented violin busker. He was working very hard and really deserved the money he was making. This main square was one of the most picturesque we have been to in all of Europe. It’s amazing to think that the entire city was razed to the ground by the Germans in WWII and has since been rebuilt, the Old Town re-created exactly as it was before being destroyed. 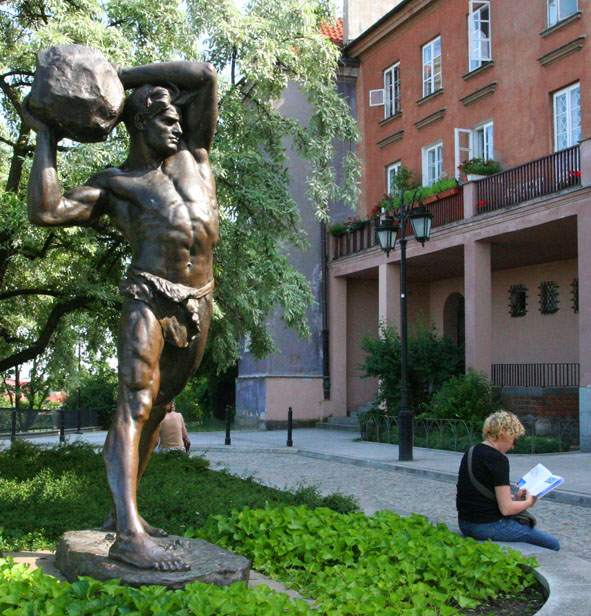 Watch out behind you! 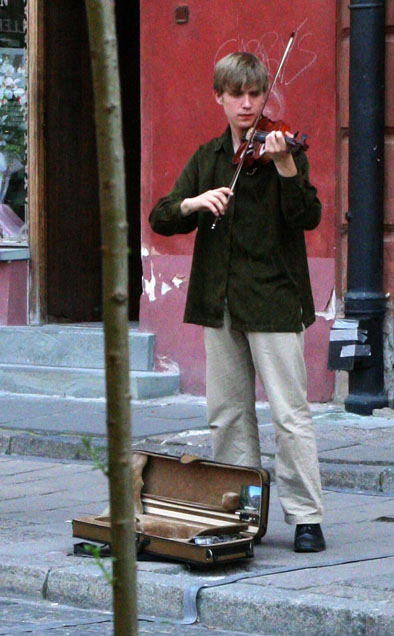 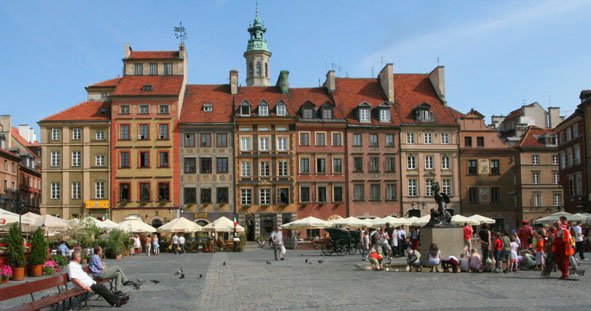 Went back to our digs after our short exploration and checked out the local supermarket (which is always fun) to get some breakfast supplies for our 3 days in Warsaw (and also some cheese, bread and wine for the evenings). 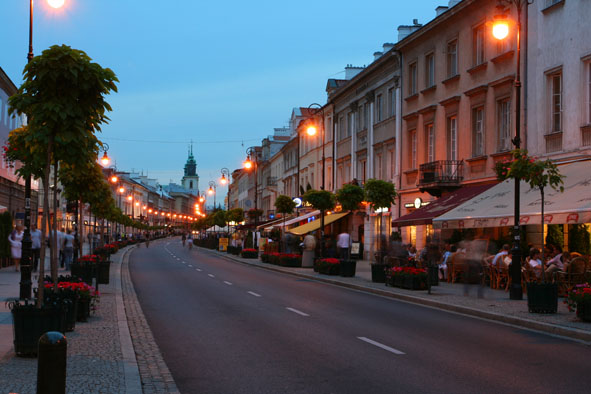 An ‘eat street’ near our hotel

The next day was a bit of a shock to the system weather-wise – we had got used to 33 degree maximum days and were plunged into a 15 degree max day with rain. It did make a pleasant change though. We did a bit of an exploration of the New Town, but when it got too cold (we were without jackets at this point) we went to a famous restaurant called ‘U Fukiera’ in the Old Town for lunch. It was quite an amazing place – a visual feast as well as a culinary one. We have not been anywhere like it before in terms of décor and ambience. The list of rich and famous who have eaten there was quite extensive – Tony Blair, Roman Polanski, the Princess of Denmark, Catherine Deneuve, Naomi Campbell, Henry Kissinger and Yoko Ono…the list goes on. If you want to check it out here is the website: www.ufukiera.pl. We had crumbed veal cutlets (minus the bones) with potatoes and cucumber salad as well as leg of deer in a lovely sauce with lightly grilled gnocchi and a half an apple with a beetroot mash on the side. Beginning with an aperitif of champagne is always the perfect way to start a meal, which we followed with a glass of the house red – a very fine Spanish wine. Highly enjoyable. 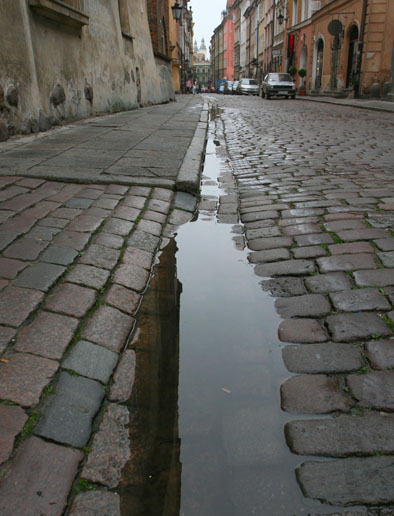 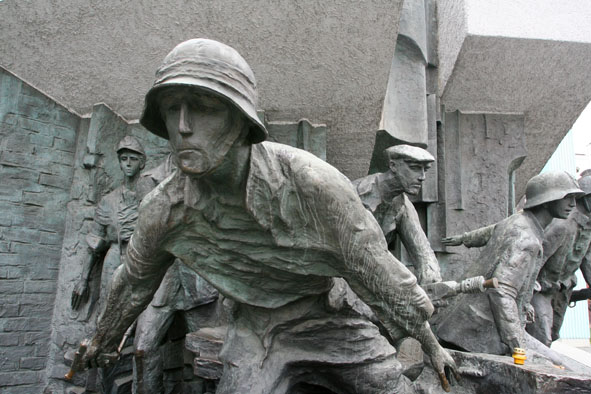 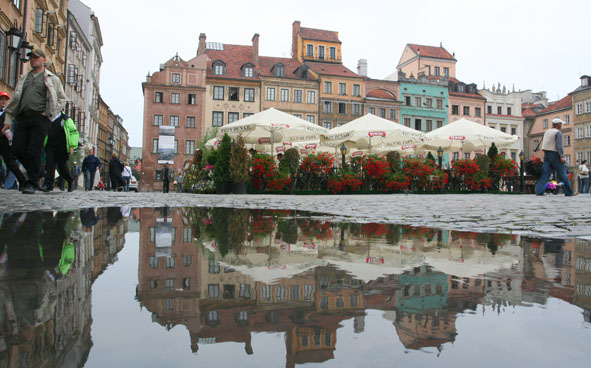 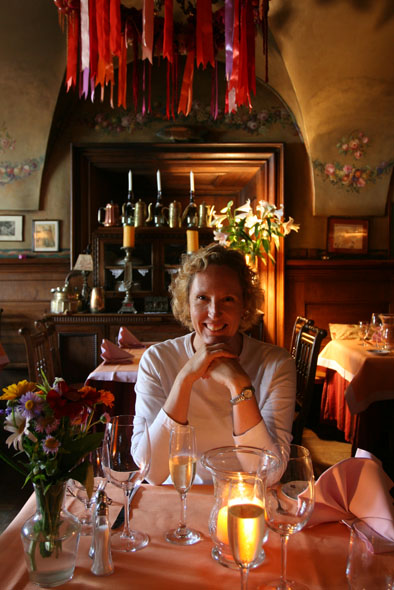 Nic in the very special restaurant ‘U Fukiera’ 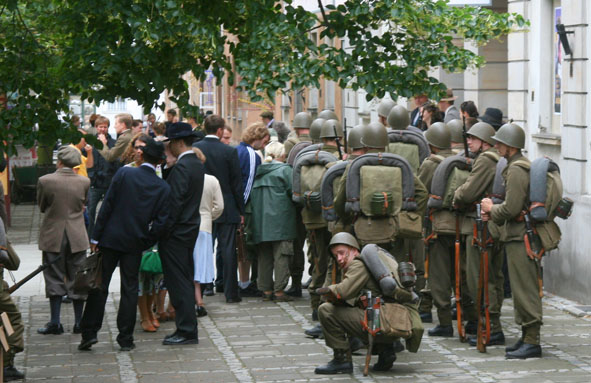 Continued our wander through the New Town, but we didn’t get far when we were distracted by a film being shot in one of the town squares. It was a period piece – looked like WWII, and they had obviously prepared for summer, so it was a shame about the cloud. Although, that would’ve made it a dream for the continuity people with the 3 or 4 times they did the one big action shot – with running and screaming extras and 3 vintage cars tearing along. One highlight for Nic was the chance to chat to some big, gentle old draught horses waiting for their moment on camera. Magnificent, huge animals they were.

The cold drove us back towards our hotel for coats (and, of course, a rest). We then tried to see the Mucha Exhibit at the National Museum, only to discover on our arrival that they were only 20 minutes from closing, so we decided to come back the next day. This had the added bonus of giving us free admission to the permanent exhibits (on Saturdays) and a teacher discount on the Mucha. The exhibit was wonderful. We learnt so much about this amazingly talented man who was not only an artist, but an architect and interior designer as well. We were quite enthralled by the work they had on display. 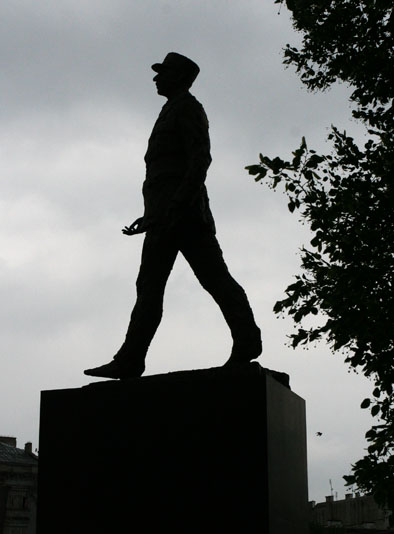 Statue of De Gaulle…in Warsaw (we don’t know why)

The whole long daylight hours thing has thrown us a tad up north. It’s daylight at 4am and doesn’t get dark until about 10:30pm. We are lucky in Warsaw that our room has blackout curtains (which was not the case in Prague – which would explain why we kept waking so early thinking we had overslept!). 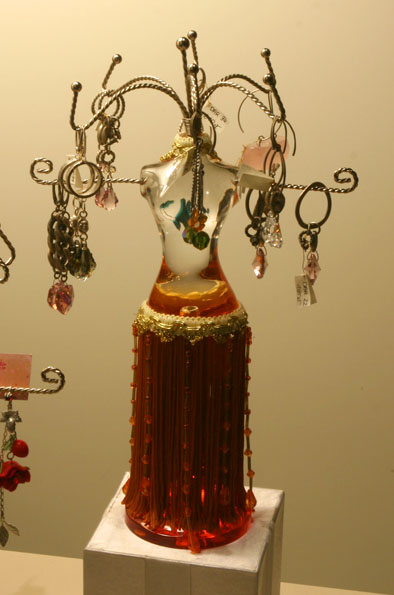 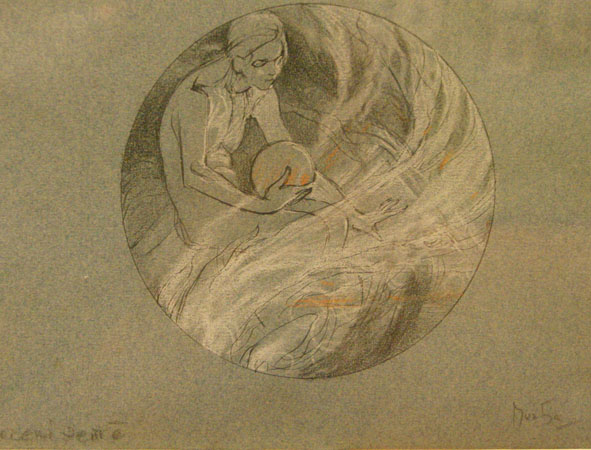 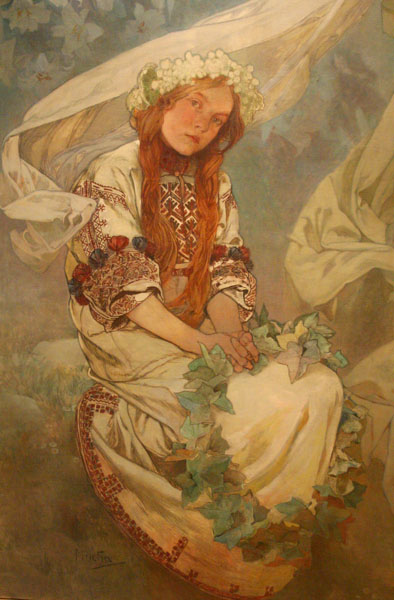 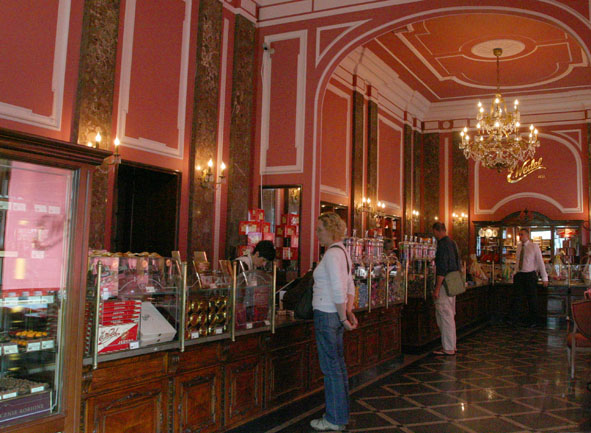 In the afternoon of our final day we squeezed in a film (our first in 3 and a half months!). We had come close to seeing a couple of films other times (some cities, like Vienna, show English language films), but haven’t bothered elsewhere because the films are dubbed into the native language of that country. Were pleased to discover that in Poland (and also in Latvia) they just put subtitles in for the locals, so were able to watch it in English. Can’t believe how excited we were to be watching a light little film like Because I Said So. It did have Diane Keaton in it and that’s always a bonus (love what she does with non-verbal communication). The funny thing on entering the cinema was thinking we were in the wrong theatre – we were surrounded by young men (teens to 20’s) – we were sure we were in an action flick! But no, they were there to see the chick-flick. They were an exceptional audience, right into the plot and not carrying on like so many Australian male audience members have done when conversation between women are on the screen. In future, when a woman asks where all the decent men are, the answer will be obvious – they’re in Warsaw. The only problem was they all lit up their ciggies as soon as they left the cinema! 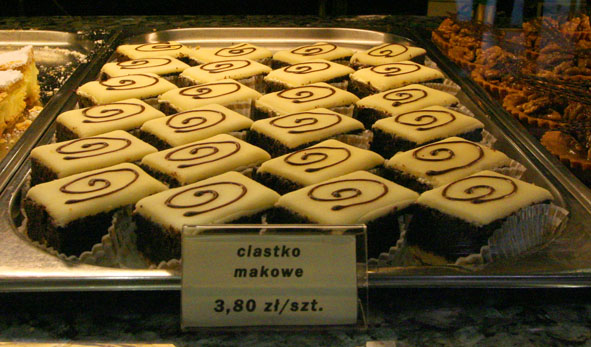 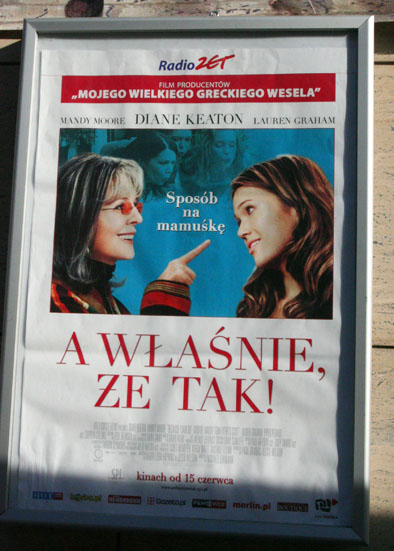 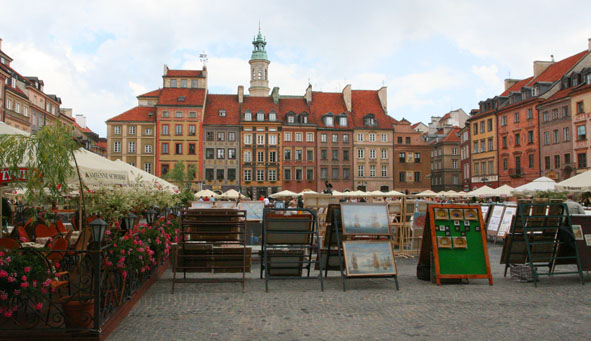 Our last evening was spent enjoying each other’s company and having long, wonderful conversations about life, the universe and everything. Life is good.