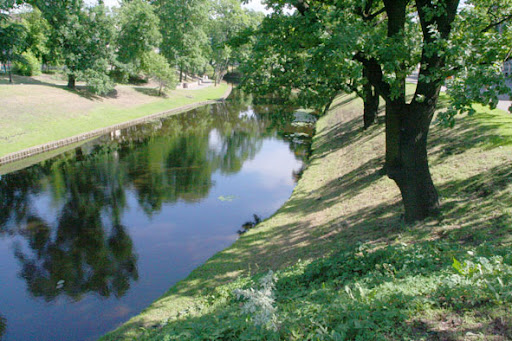 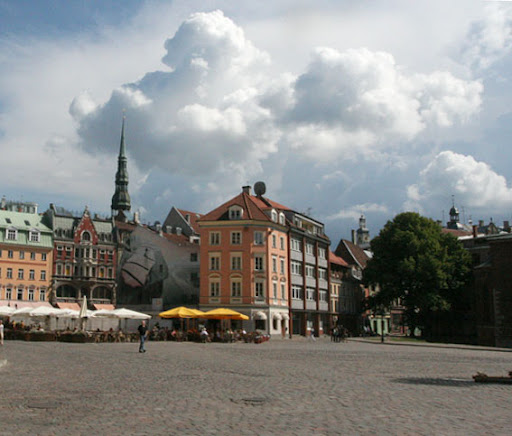 It was nice to escape the heat to the pleasant temperatures of beautiful Riga. We arrived in early afternoon with the priority of finding our hotel and food. Caught a taxi to the hotel and from the first moment we were surprised at how similar Riga is to every other European city we have been to. So much must have happened in the last 16 years to repair, build and abolish signs of occupation. English is spoken by so many people in the city that even without John’s small grasp of the language, we would’ve been fine. 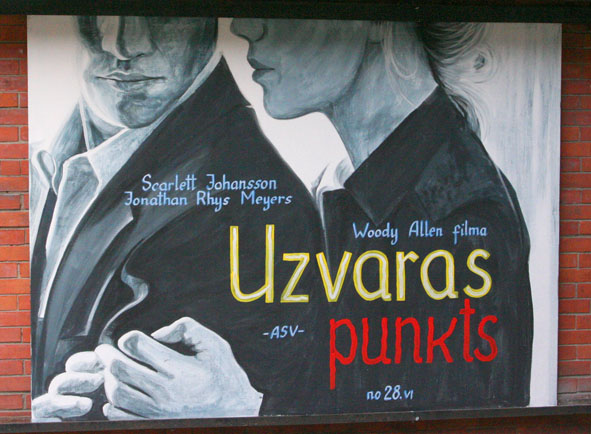 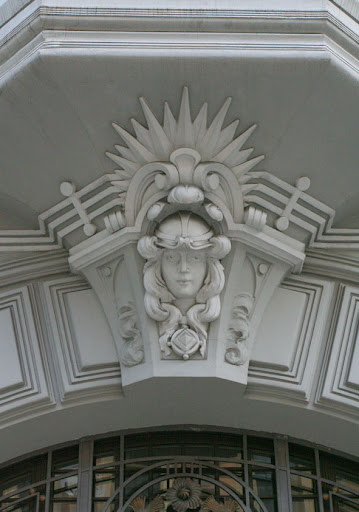 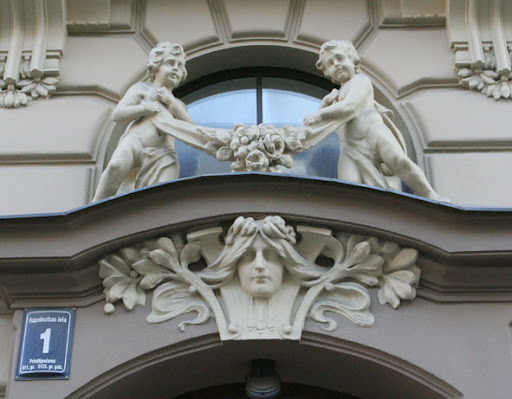 Being Sunday and a public holiday celebration as well, there was not a huge choice for places for a late lunch. We went into the Old Town and found a restaurant open offering traditional Latvian fare. Were so ripped off with our choices. We knew it was going to be expensive, but one expects quality when paying top prices. We so didn’t get it – dry and tough pork and some ordinary sauerkraut (Kerstin’s sauerkraut was so much better). From that point on we made much wiser choices and were rewarded with some inventive and very tasty international dishes at some bargain prices.

One of the many ‘strong image’ monuments around Riga 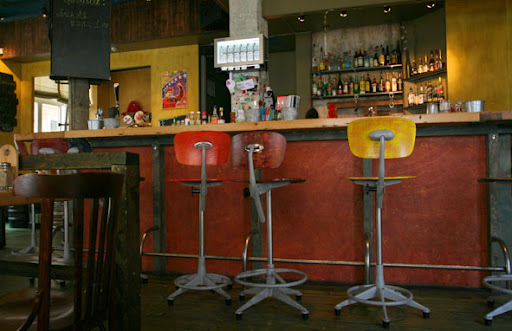 Funky ‘Salt and Pepper’ bar/restaurant (not the rip-off place)

The next morning we slept in as though jet-lagged and didn’t get out and about into the town until after 12pm. We timed it so that we just got to one of the main squares and the heavens opened and it bucketed down. We took refuge in the old Cathedral and waited for the rain to stop, taking the opportunity to check out the cloister and the planned restoration of the old gardens – so much was left to deteriorate under Soviet domination. 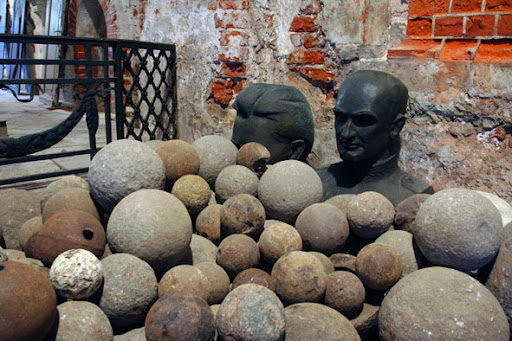 Heads and balls in cathedral cloister 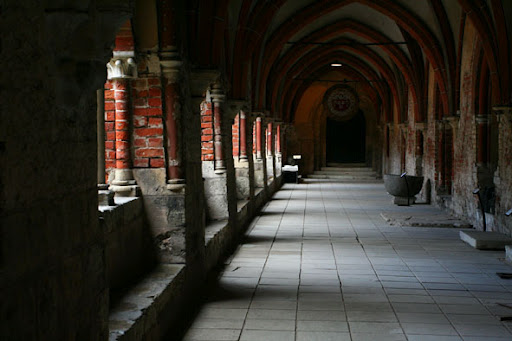 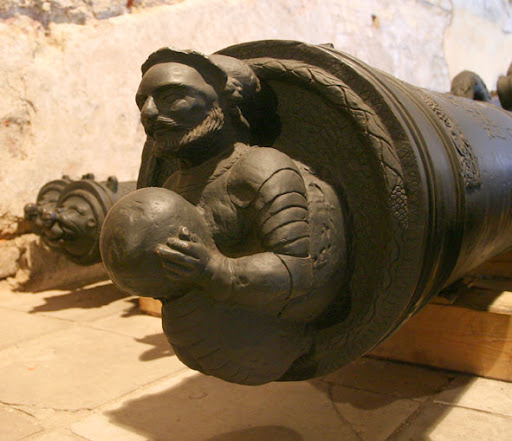 Once the rain eased we strolled around the Old Town some more and spent some time in the Occupation Museum – housing displays charting the history of the occupations of the Soviets and the Nazis. Such a wealth of information. Such an eye-opener for both of us. We really must talk more with Andy about the history of the Baltaks family and their flight in 1941. 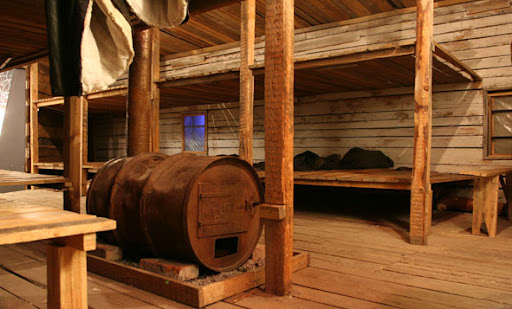 Recreation of prison hut from Siberia in the Occupation Museum 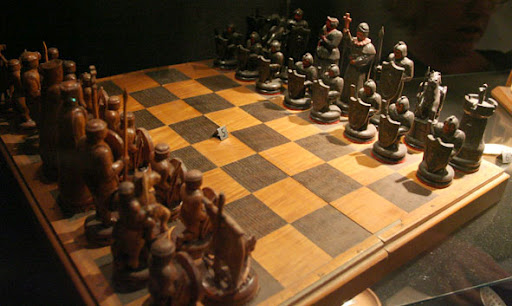 In the evening we met with John’s cousin, Ivars, and his English-speaking friend, Ronalds. We went to dinner and then to the beach at Jurmala – a gorgeous, long stretch of coastline where the wealthy live and the masses go for summer holidays. Had a wonderful time and continued to marvel at the sun setting at 10:30pm!! It was great for John to have the chance to speak Latvian, which has improved each day. 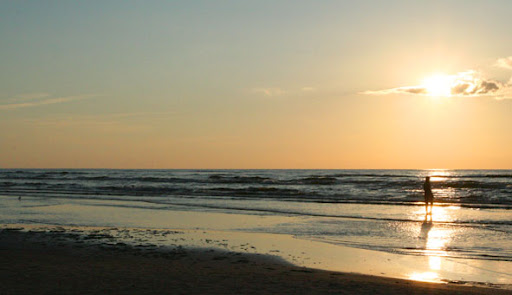 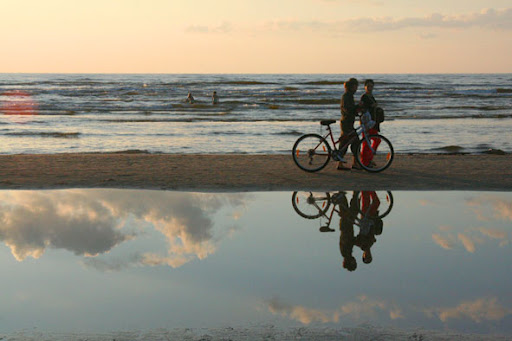 Spent the best part of the next day at the Ethnographic Museum, an open-air museum about 30min bus ride from the centre of town. It is located in a lovely wooded area on the shores of a lake and has many, many old buildings from farmhouses to windmills and churches that have been transported to this location since the early 1930’s and restored. Most of the buildings have come from villages and country areas in all four regions of Latvia (which are clustered in different sections of the museum). It gave us an amazing insight into the lifestyles of the rural communities of the country. It was also a wonderful opportunity to enjoy a bit of nature again. Walking in ‘bush’ so foreign to us was a unique experience. 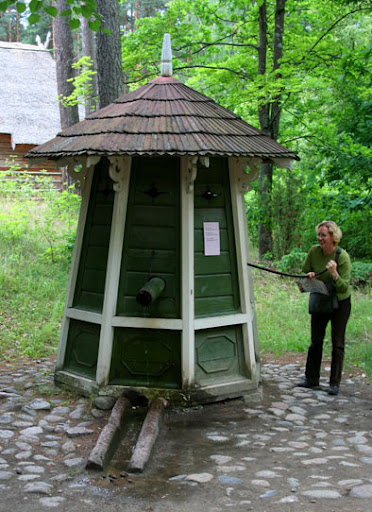 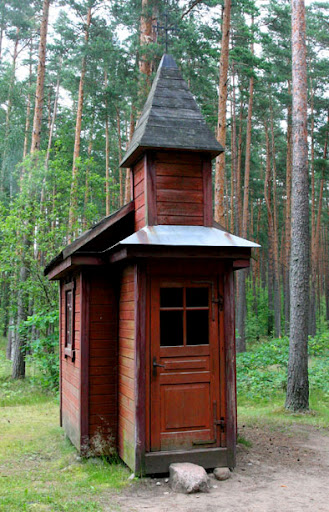 Our final full day began with a walk along Alberta iela – the Art Nouveau street of Riga (while there are many Art Nouveau buildings in Riga, this street has some masterpieces). The various stages of repair (and disrepair) were fascinating. Big bucks in the restoration of these buildings whose apartments then fetch very high prices on the booming property market (and who wouldn’t want to live in one of them – they are simply gorgeous!) 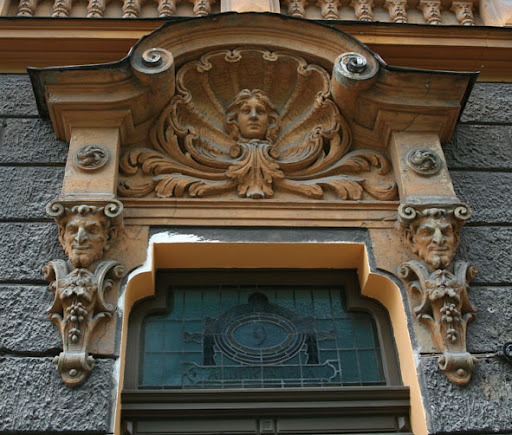 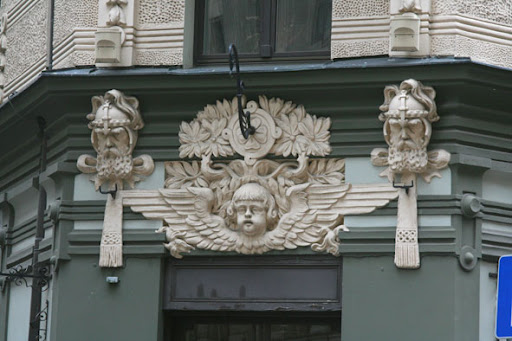 Did some more wandering through the many lush and beautifully designed parks of the city, most of which were established in the first couple of decades of the 20th Century, when Riga was a thriving, ‘go-ahead’ place in Europe. This is evident in the design, statuary and landscaping of the park areas. 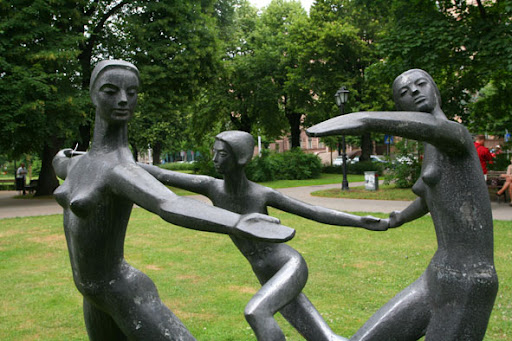 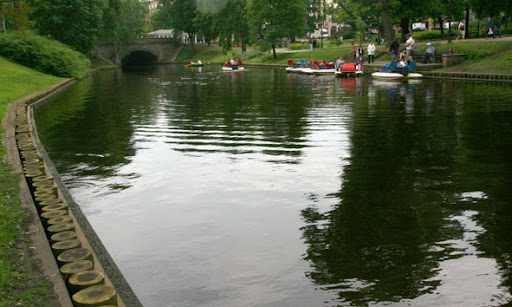 Waterway in the park. Paddle boats were an option, but we didn’t get the opportunity…maybe next time 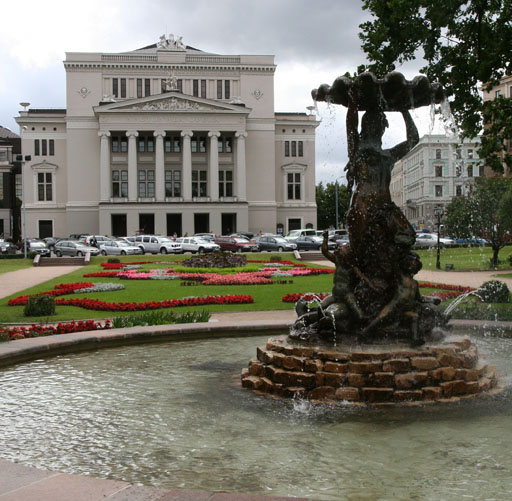 Explored more cobbled streets in the Old Town and checked out the War Museum. Went looking for the Australian embassy (as we had seen quite a few impressive looking ones around) and were very surprised to discover that Australia no longer has an embassy in Latvia. Checking this out on the net, we found that enquiries were to be sent care of the Swedish Embassy (??). Hmmm. 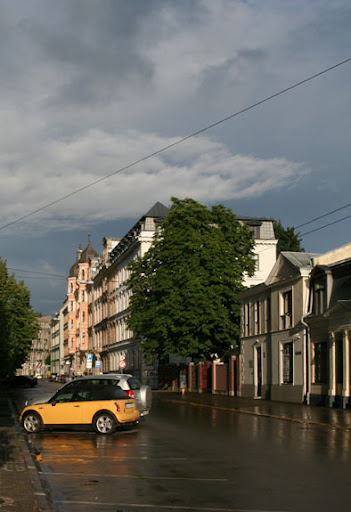 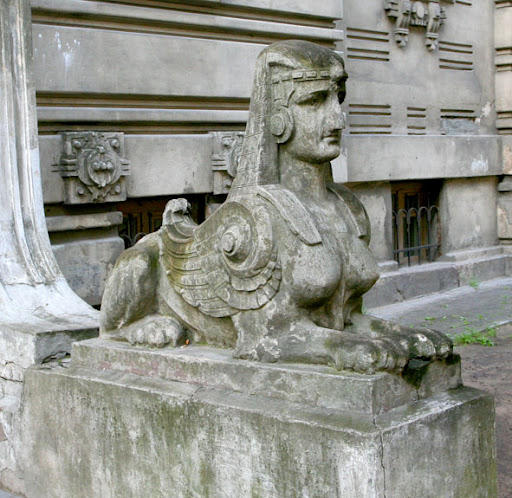 Our next visit will include much more of the outlying areas of Riga as well as travels further into Latvia. 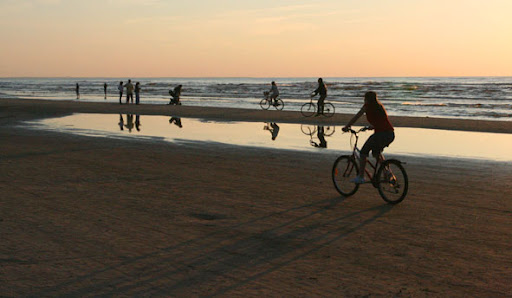 One Reply to “Riga”