Yes, I AM a motorbike! 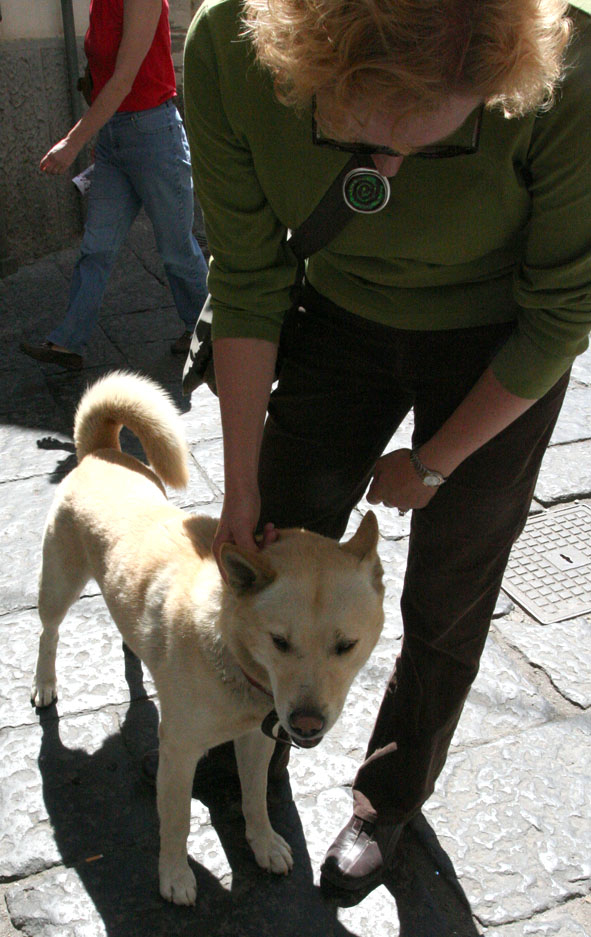 Spent a lovely day in Sorrento. We were walking down one of the side streets that morning when the dog that made friends with Nic came trotting through the crowds, weaving in and out. When he saw Nic he came over for a pat before going on his merry way. This sighting was quite a surprise as we were not in his usual ‘neck of the woods’. Continued on our winding way through the charming streets indulging in our love of window-shopping when, 20 minutes later, we saw him AGAIN. He was on the other side of the street and strutting off down the road back in the direction of Marina Grande. After some more no-spending-money-shopping we decided to go to the Ristorante Delfino for lunch (down at the Marina Grande) and just who should we see lying in the sun on the black sand but Nic’s new boyfriend, her holiday romance! Lovely boy! 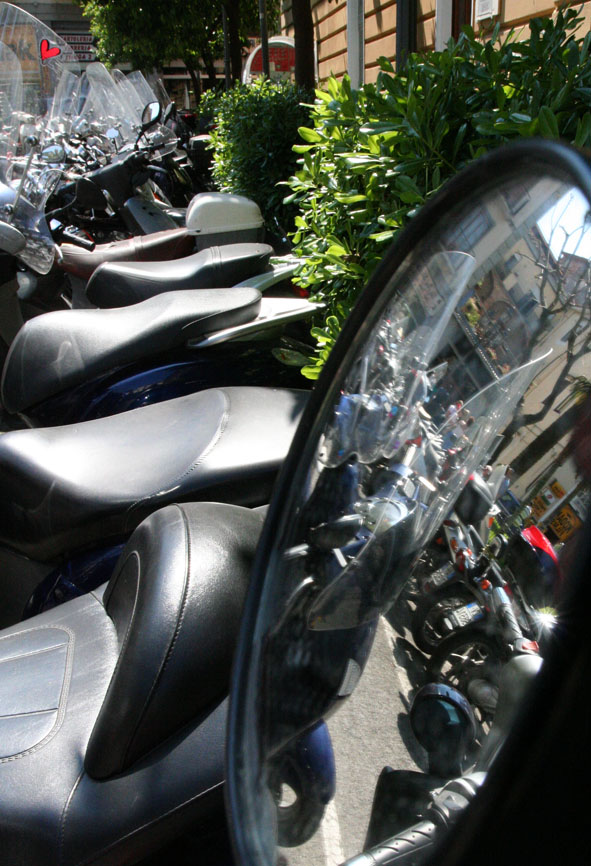 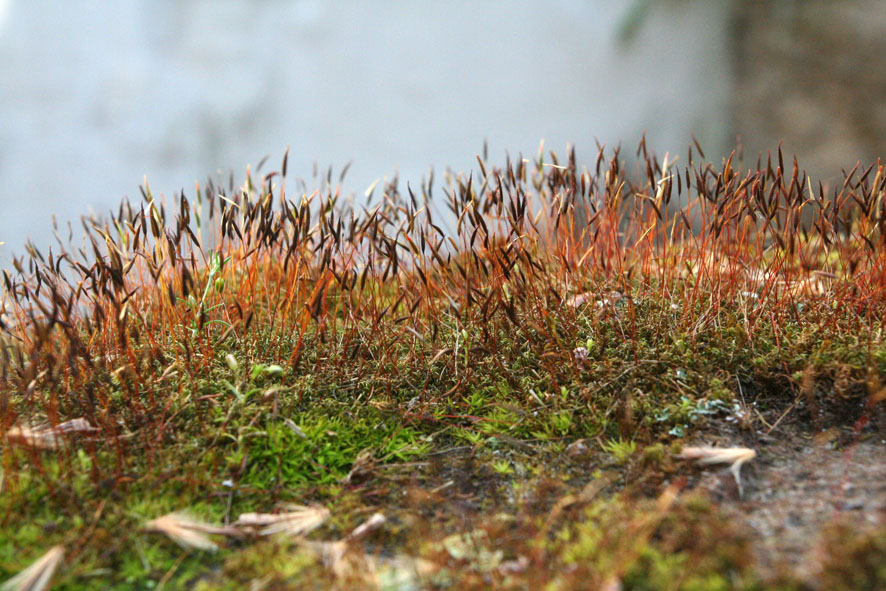 The lunch at Delfino’s was simply HUGE! Swordfish steaks the size of the giant plate they were served on! Definitely no room for dessert that meal! We did, however, later in the day, have room for another ice-cream from Davide’s!! Didn’t need any dinner though! 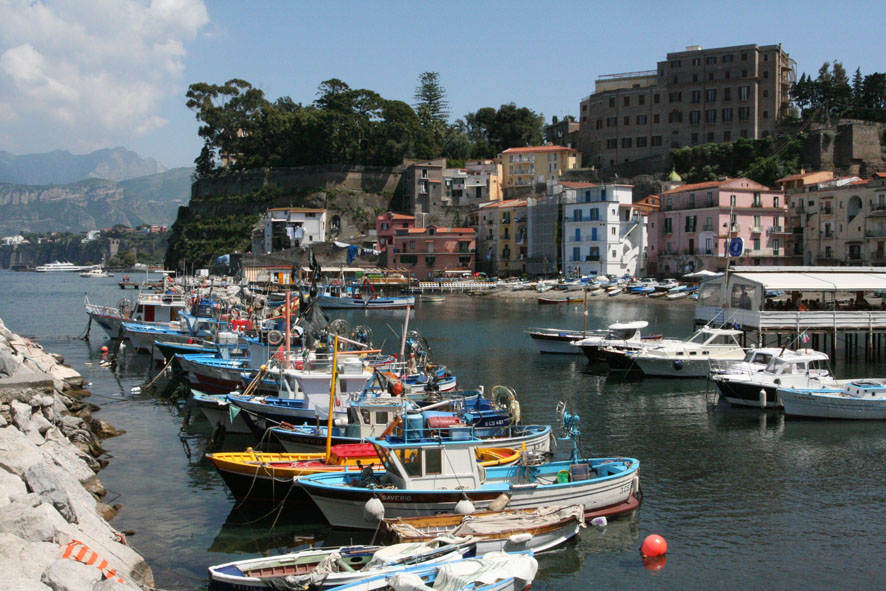 Our view at lunch from Delfino’s 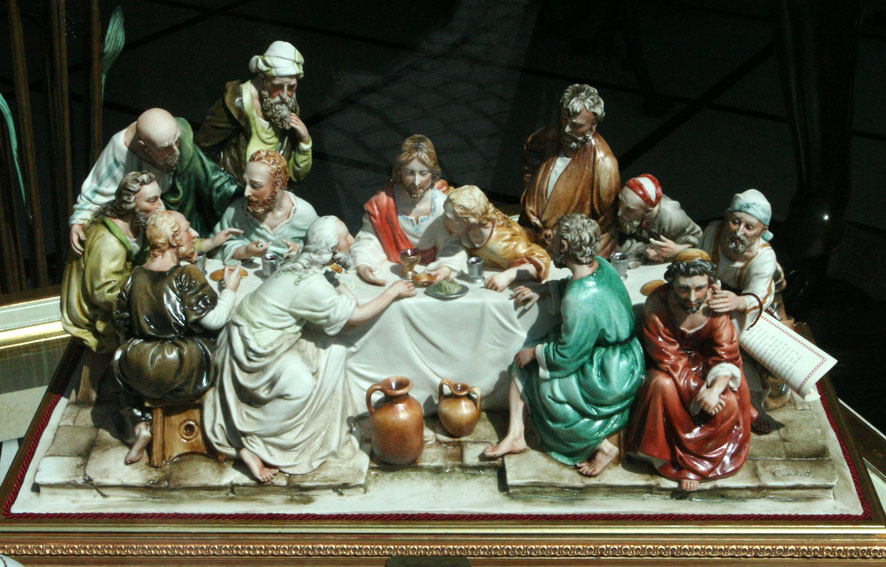 We told you there were oodles of ceramics for sale…

After going back to the hotel for our usual catnap in the afternoon, we took the shuttle back to town for John to try and get some interesting evening and night photos. The thing with Sorrento is that it’s not a particularly fancy-lights-at-night kind of place. It was Saturday night and there were people everywhere and very few cars on the main street. The kids were running around and riding their bikes and there was a definite party atmosphere going on, but the beauty of the town didn’t lie in the fancy effects created by lighting; it was in the people and the ‘moments’. 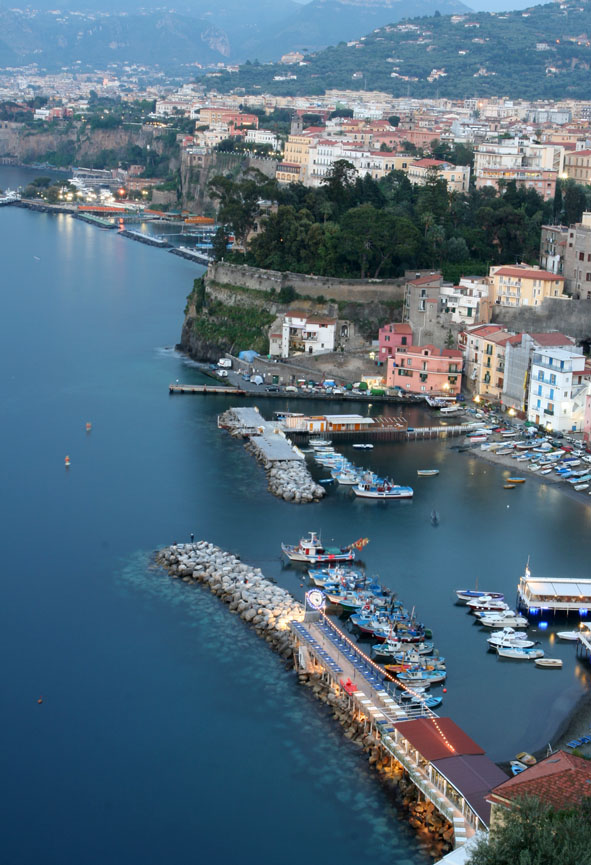 Marina Grande and Sorrento at dusk 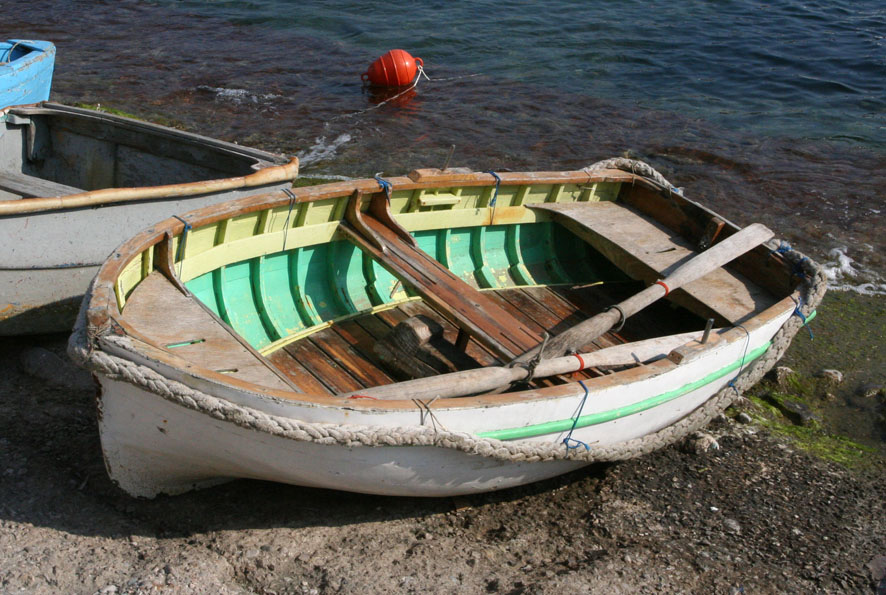 The next day we bit the bullet and joined all the tourists making their way to Capri. And we are so glad we did! Yes, by lunch time it was as insane with the crowds as the other coastal ‘draws’, but it did have a wild beauty about it. We even paid the huge prices to go to the Blue Grotto, which, with its boat trip around the whole island, really was worth the effort. And effort it was! Once you ‘cruised’ to the location you were put in tiny dinghies (holding only 4 people + oarsman) and you jostled in line to get through the low opening in the rock – you had to lie down in the boat to get under the archway. The oarsmen were pretty masterful in their manoeuvres; they got the boats through the archway in the low point of the swells without any decapitations. Once inside it was breathtaking. We only got about 3-4minutes in the grotto, but the water was the most extraordinarily bright blue. Gorgeous! 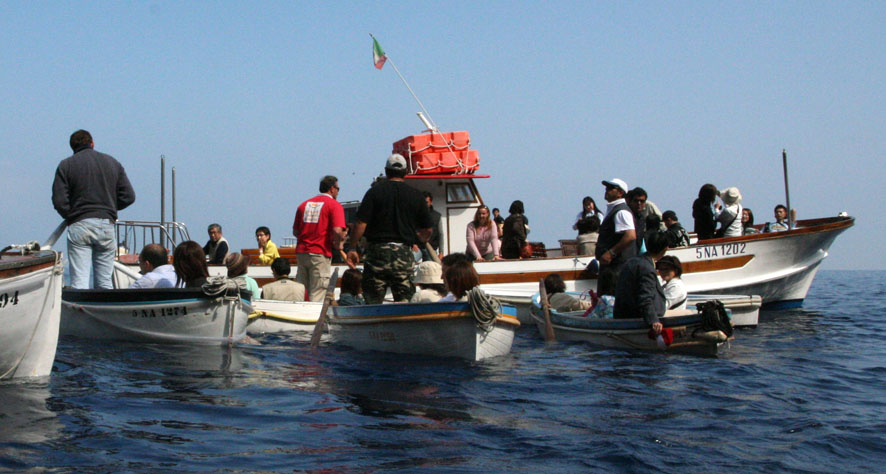 Transfer to dinghies for grotto experience 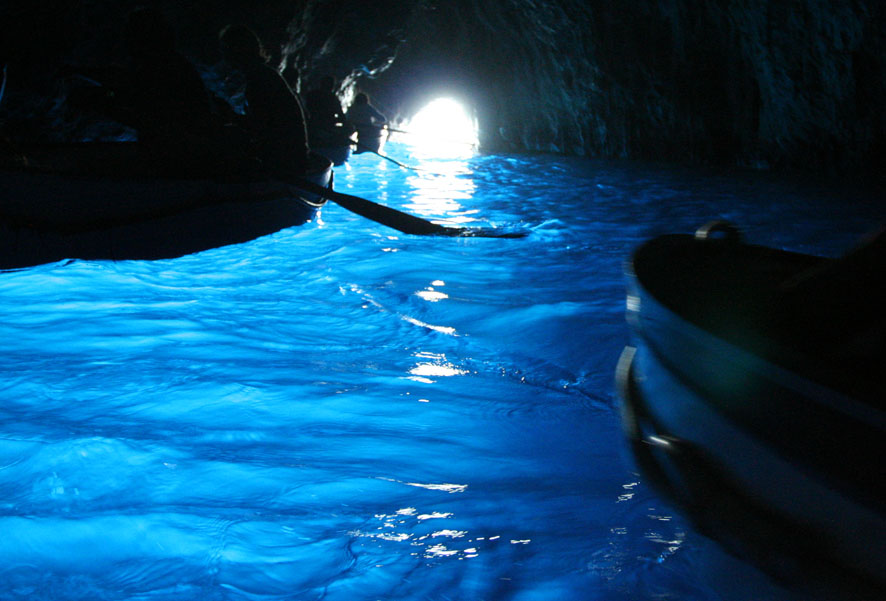 Inside the Blue Grotto

Entrance to the Blue Grotto

We were then put back on our little cruiser and we went round the rest of the island. This included checking out the Green Grotto (where you don’t have to actually go into a cave, but the water is a rich green/turquoise colour in a little alcove accessible by the regular boats) and sailing under the natural arch – where it was obligatory to kiss for luck. The things we do for the greater good! 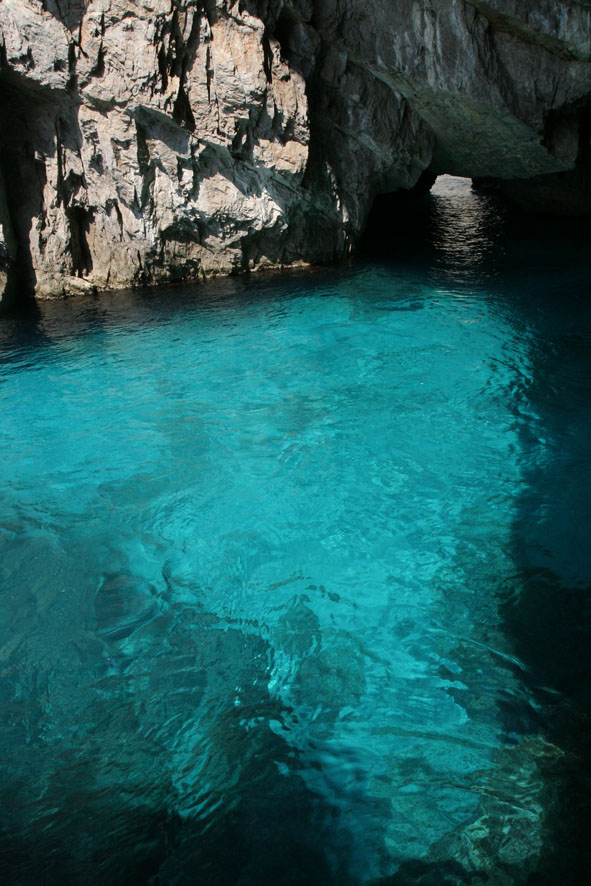 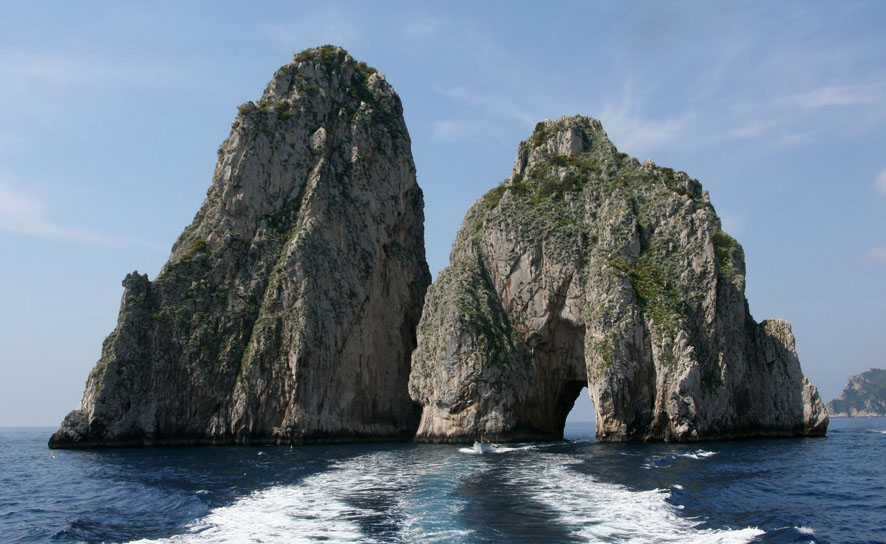 Speeding away from the Natural Arch

Once back at the port we walked to Capri town itself – we chose to walk once we saw the line for the funicular railway. Glad we did. Quite enjoyed showing off by overtaking these slim, Armani-clad young types puffing on their cigarettes, struggling up the stairs. Glad we walk those hills in Lapstone! There were the most amazing views from Capri town. We were pleasantly surprised that the island lived up to the hype and tradition – so many rich and famous have lived and holidayed there, so there must be some truth in the stories. Would’ve liked the money to have stayed in the very flash 5 star Hotel Scalinatella. It only opened April this year, but check out the website – mighty fine! 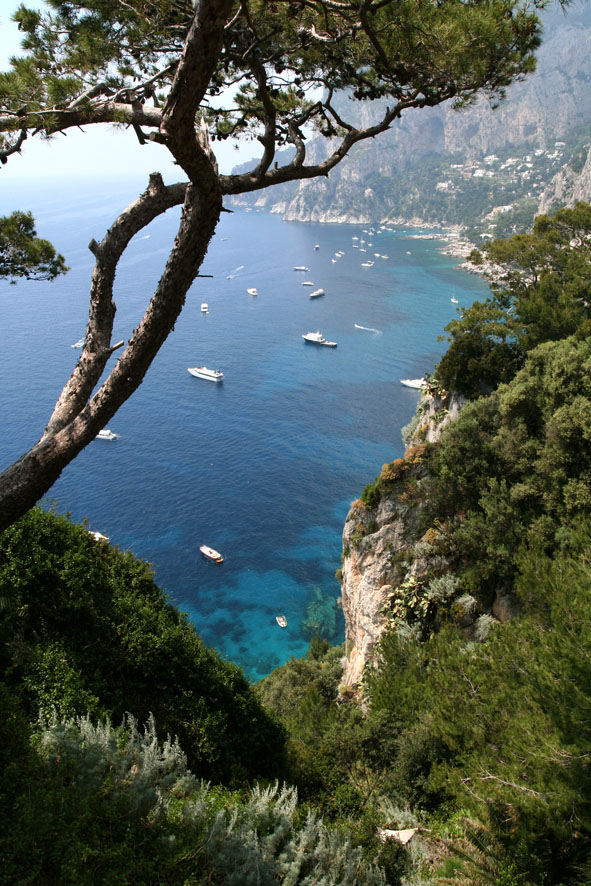 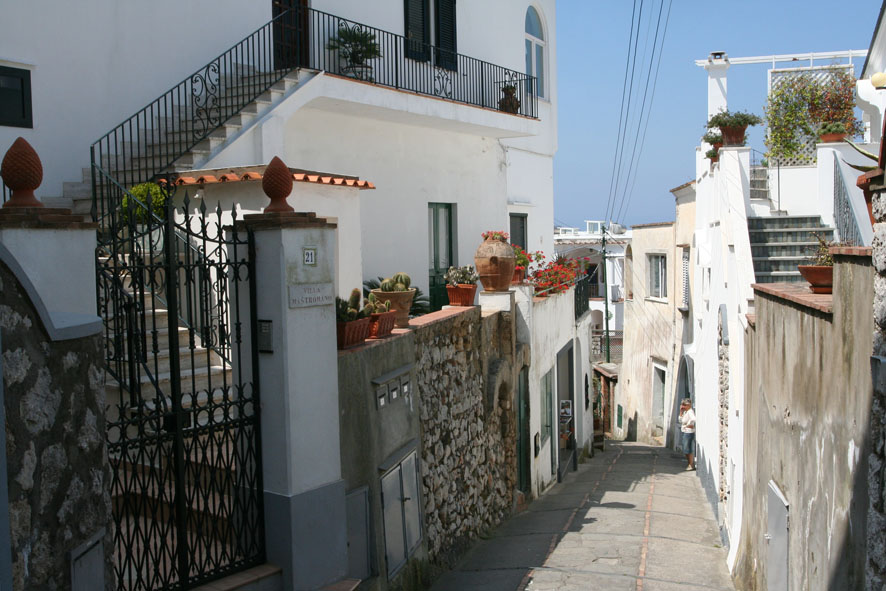 Decided to beat the crowds and headed back to Sorrento on an early afternoon jetboat. Ended up having the most tender fillet steak at a regular sort of place down the street from Piazza St Antonio. Overall a very pleasant day. 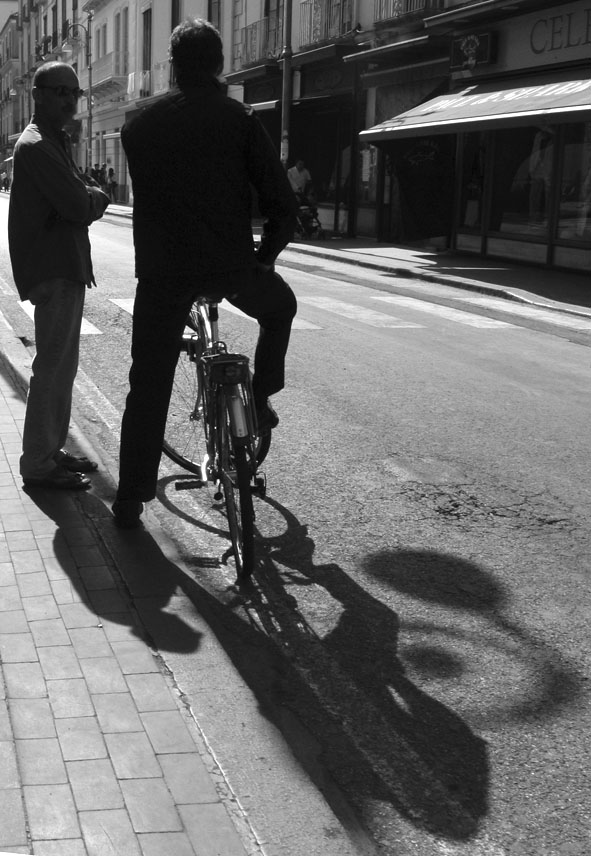 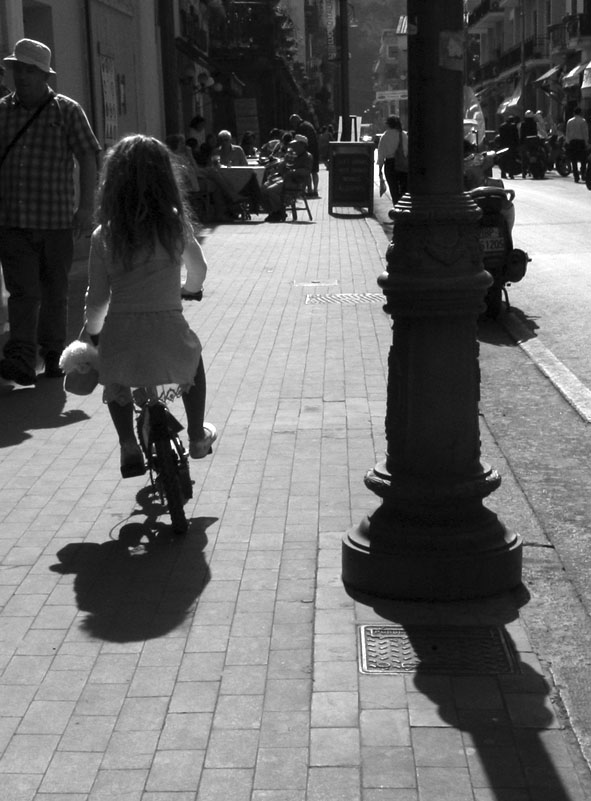 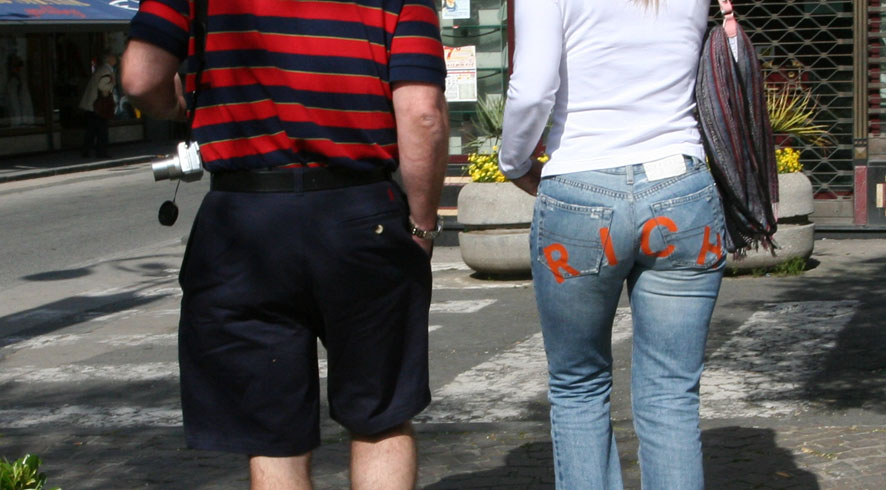 See! Kath and Kim don’t have a monopoly on class!