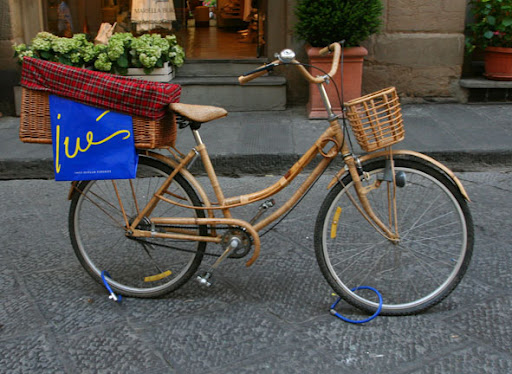 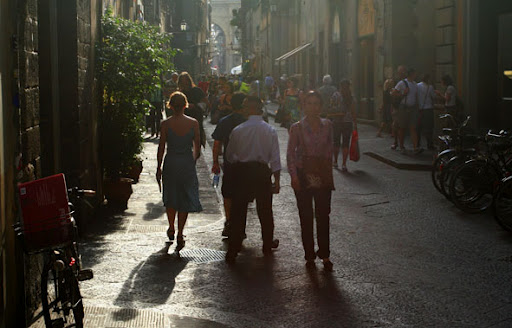 On Via Corso (our street)

The corridor of the building where we stayed…and Nic 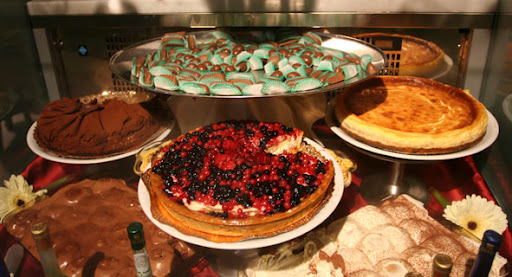 Is it possible to get tired of looking at food?…NO WAY!

It’s really great staying in the hub of a happening place after having our accommodation on the outskirts for a while. The B&B we are staying in puts us right in the centre of the action, which has it’s many positives and a few negatives. LOVE the convenience of popping back to base whenever we need to (like for a rest and good lie down, no ‘bex’, though!), but the garbage trucks and drunken revellers (of which there were copious quantities) we could do without.

For those drama students out there who are fans of Commedia dell’arte…told you Arlecchino was a naughty boy! 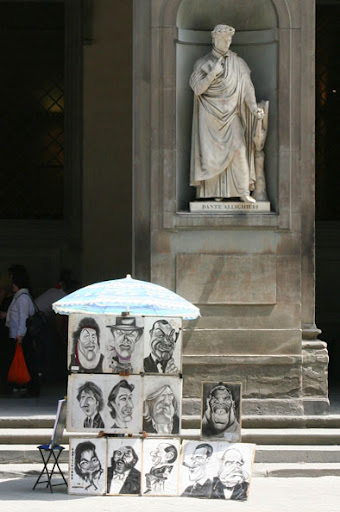 A sneak peak at the Duomo

Arriving in Florence was the smoothest transition into a new place we have had. Got to the airport with no hassles, dumped the hire car, caught a cab to the B&B, relaxed, settled in, grabbed some lunch before wandering the streets and getting the lie of the land. Started at the Duomo (and, yes, we can see the resemblance to a church wearing pyjamas!), then moved on to the Piazza Vecchio (where the Medici’s set up their own fortress-like city hall) and Ponte Vecchio (where there are plenty of jewellers ready to fleece their customers). 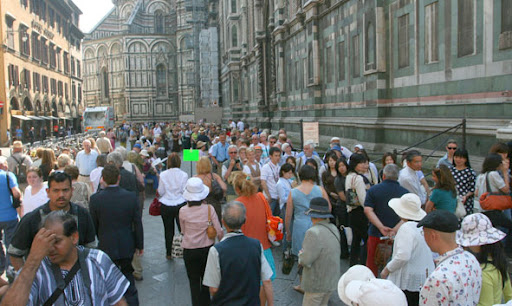 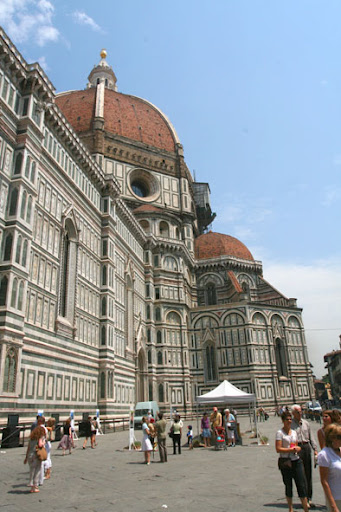 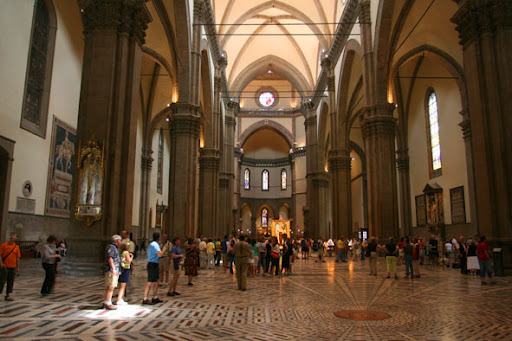 Spent a couple of hours on the first afternoon visiting the amazing collection in the Uffizzi Gallery. Unfortunately no photos allowed, so you’ll all just have to google it and see what they have there. It was really worth making a reservation time for that one, it made it so much easier – just turned up 15 min before allotted time, picked up tickets and went to our own special ‘fast entry’ door to get in. Didn’t need to deal with the 200 metre long line. It’s the way to go. 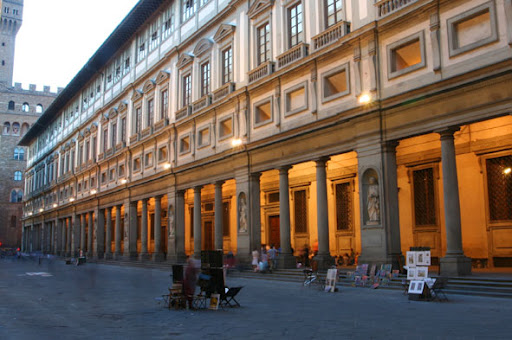 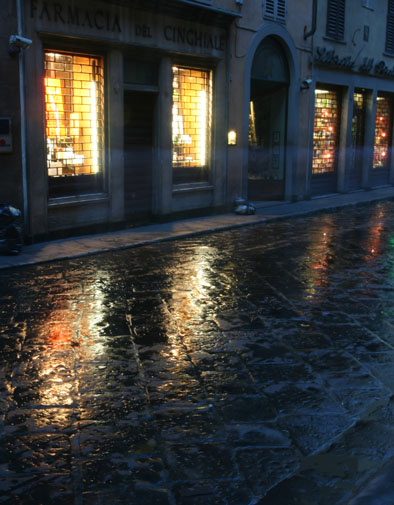 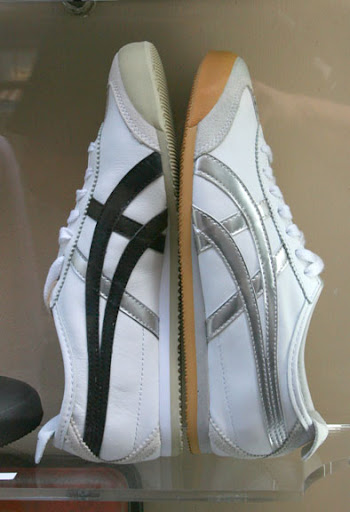 Had dinner at a place called ‘Golden View Open Bar’ on the south side of the river that overlooked the Arno and had fun English-speaking waiters to make all us Anglos feel right at home. Had some deliciously spicy spaghetti with garlic and fresh tomatoes as well as a sinfully creamy vegetable risotto with saffron (you know – shared dishes and all that) and a light mixed salad with avocado. Hit the spot! 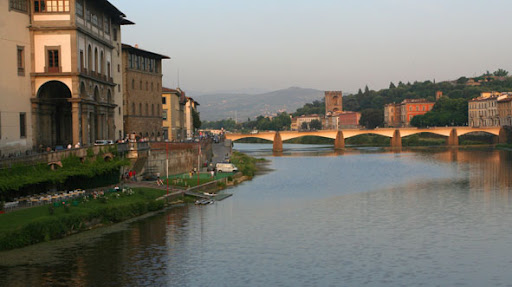 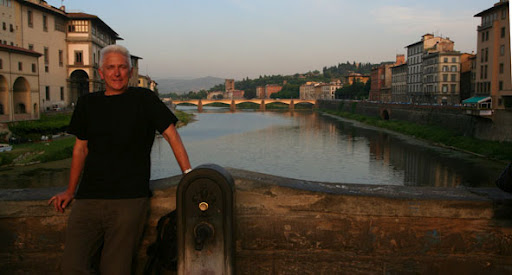 The Arno with John

It is an absolute scream watching the very obvious cat and mouse game played between the street vendors and the police. These dudes set up their wares (knock off designer this and that) on sheets on the streets. Then, as soon as the police appear, word gets round and, quick as a flash, they bundle up their goods, sling them over their shoulders and take off down the street, only to reappear the second the police move on. This goes on all day and into the night. Bloody hard work really, but it would keep you fit. 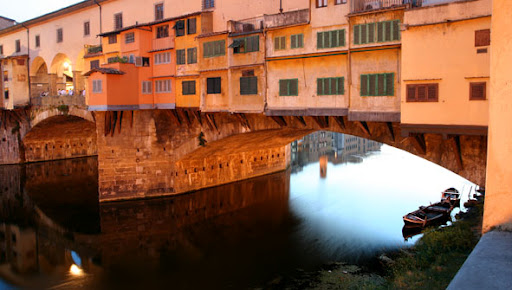 …And again, only closer (with little boats thrown in for prettiness factor) 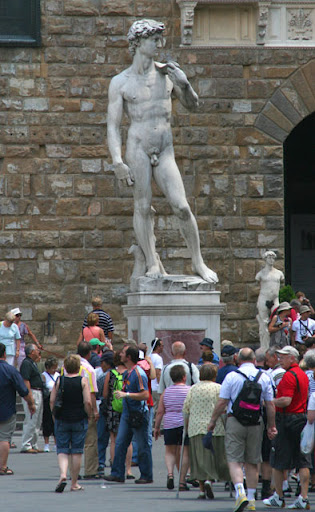 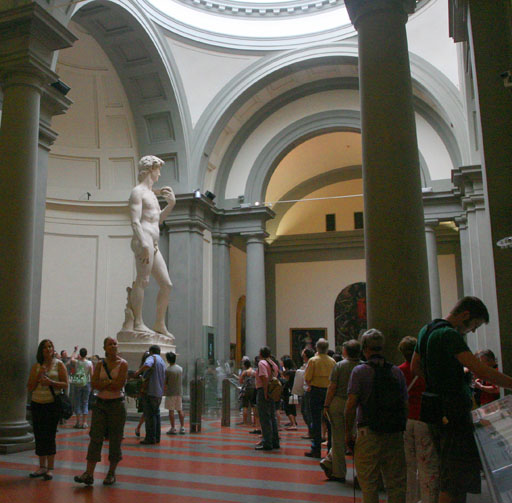 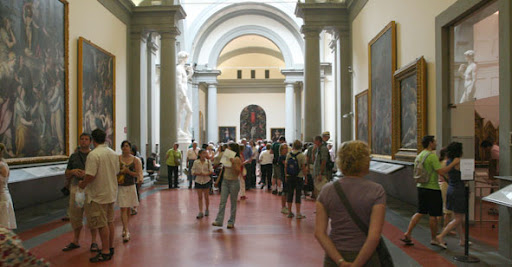 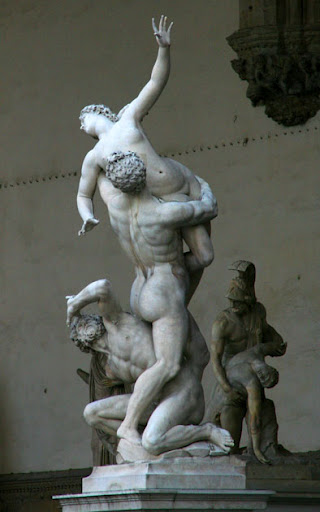 Rape of the Sabine Women in Piazza Vecchio

On our second day we had a reservation at the Accademia which was not exactly value for money. We paid more than at the Uffizzi (which was chock-a-block full of amazing art) and really only got ‘David’ and some more religious art thrown in. Now, yes, Michelangelo’s ‘David’ is truly magnificent and wonderful, in beauty and sheer size, and the people watching him are fascinating, but it’s still a rip off when that is pretty much all that is on offer (plus some other unfinished Michelangelo’s). Especially when you can see the replica outside the Medici town hall where the original stood before his arm was broken off in a brawl. The irony is that there is another stunning sculpture in that Piazza, ‘The Rape of the Sabine Women’, three intricate human figures carved from one huge piece of marble, standing in all it’s original glory in the loggia and the copy of it is in the Bargello Gallery, and it looks like rubbish compared to the original. Usually the copies are quite decent, but this one is crap. Felt less ripped off at the Bargello – got to see some Donatello and early Michelangelo sculptures as well. Michelangelo’s bust of Brutus was quite mesmerising. 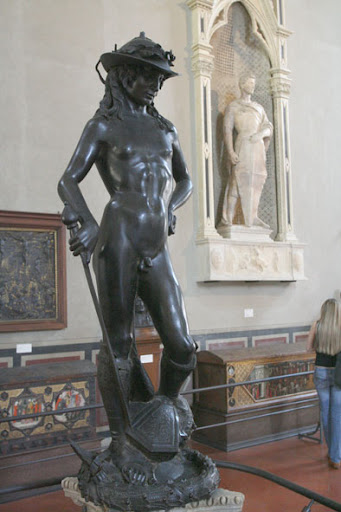 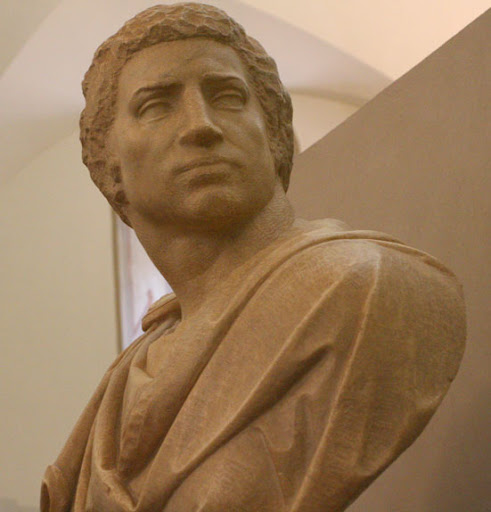 Florence is certainly a shopping town. From designer shops everywhere you look with their corresponding price tags down to the designer knock-offs on the grubby sheets in the street. There are, of course, the many options ‘in between’, but even they seem too expensive compared to every other town in Italy (and certainly New York), or maybe it’s just the terrible Aussie dollar against the Euro. Did enjoy the morning San Lorenzo market which, apart from the usual street vendor stalls selling the tourist stuff, had a large building geared for produce. Managed to cater for a very nice lunch and dinner shopping here for two (including wine) for under €30. Handy when wanting to spend money on other things (like exorbitant museum prices!).

Lovely cafe NOT on a main tourist drag 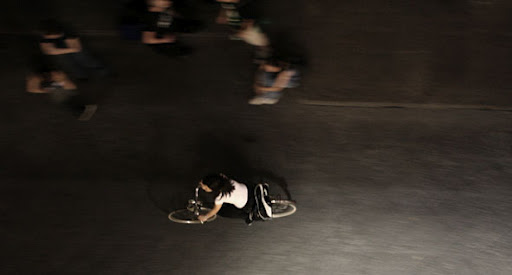 View of bicycle from our window 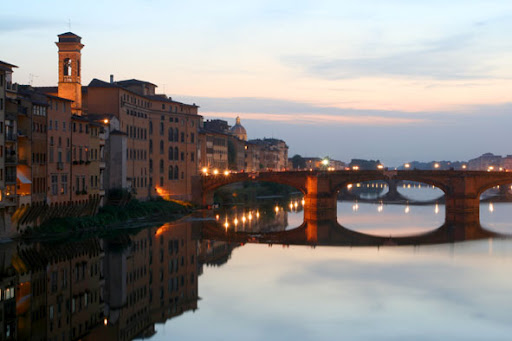 The Arno at twilight… 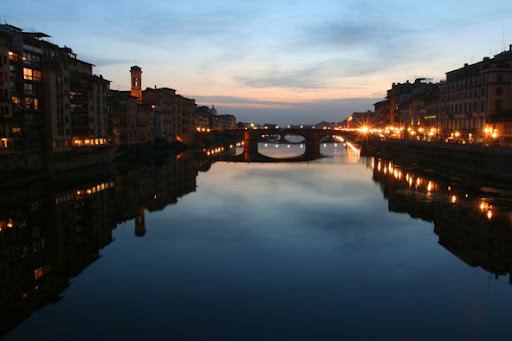