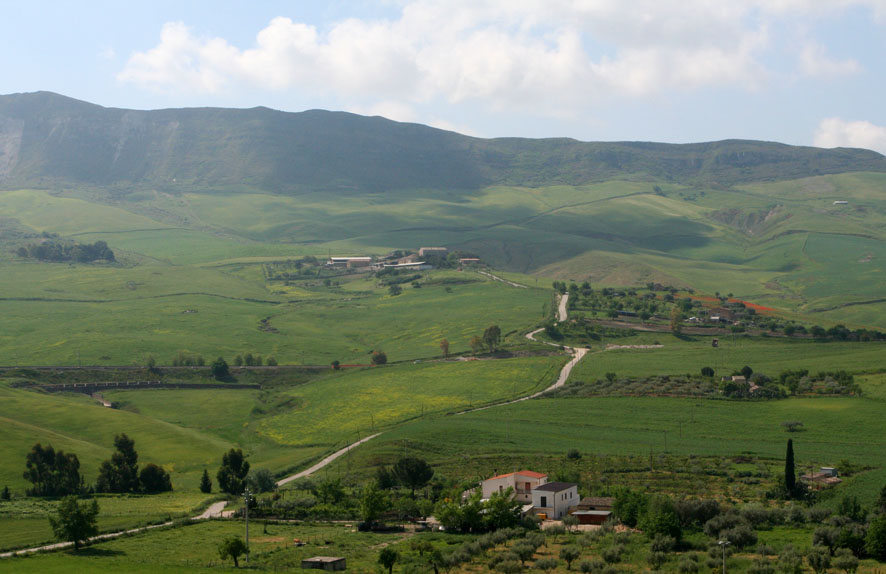 Countryside on the way to Catania

Vendors putting their goods away after the markets

We are getting good at this driving through foreign countries. Made our way to Catania without any mishap and only a few moments of John cursing the lack of detail on maps! Dropped the car at the airport cause neither of us wanted to ruin the morning by attempting to navigate the very busy city of Catania on wheels without a detailed town map. 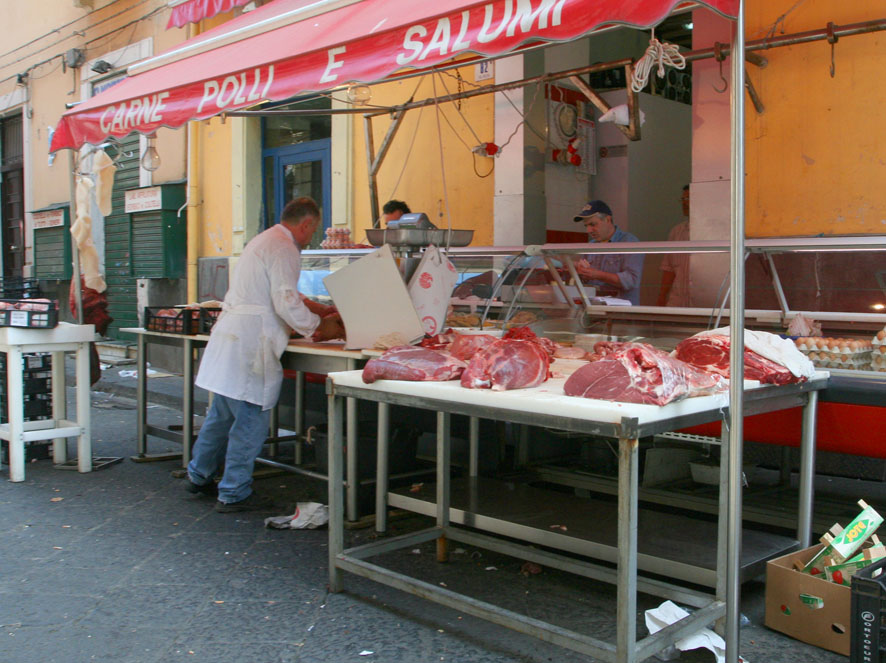 Catania is a completely different city to anything else we have seen so far. It was completely destroyed in the 1700s (I think that was the century!) by Etna and has been rebuilt in the Baroque style using the black lava stone of the area. This gives a very ‘black and white’ filmic quality to the whole place. It also makes it look very dirty and neglected…this impression was enhanced by the absolutely thorough covering of garbage left by the hundreds of market stalls as they packed up for the day around 1:30pm. There are specific street cleaners and garbage collectors in place for the clean up after these markets (and, man, is it needed!). The tossing of rubbish just anywhere by Italians is a bit of a shock to us. And it is everywhere. If you pull over into a layby on the road it is completely strewn with crap people have dumped because they can’t be bothered doing anything else with it. It’s the one thing that really is pretty disgusting about the place. People have commented that France is pretty dirty because of the dog crap, but here, you can’t see the dog crap because it’s hidden by the rubbish left by humans! Maybe they are worried about doing someone out of a job! (like the garbos, which would account for the litter in the towns, but what about the countryside?) 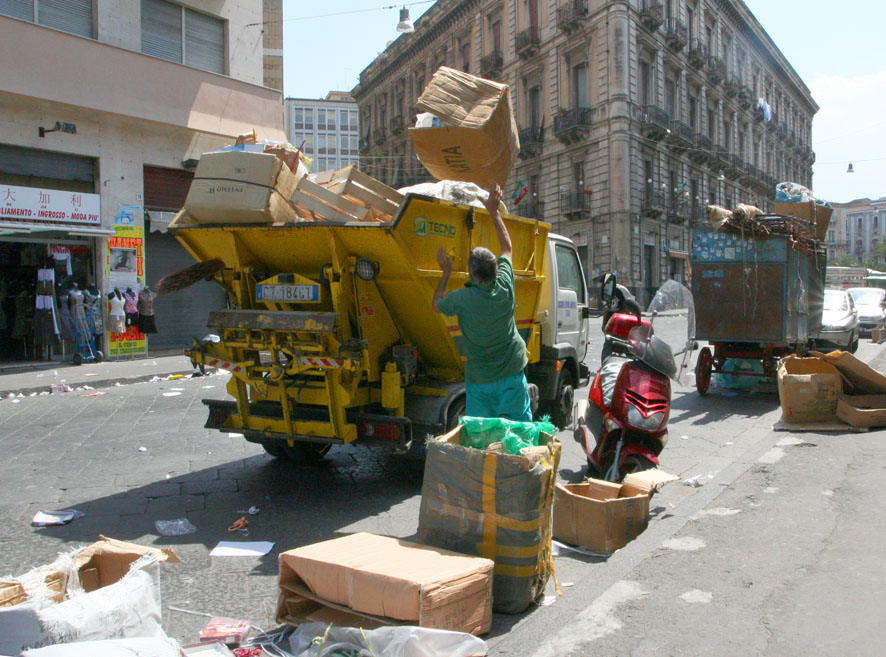 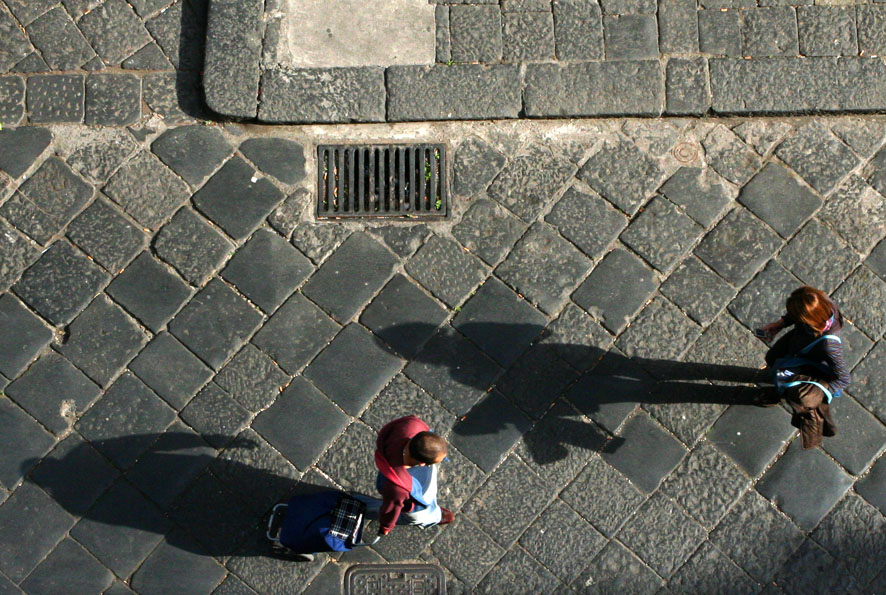 The overall feel of Catania is much less ‘touristy’ than any of the other Italian cities or towns we’ve been to so far. Just ordinary people running around getting on with their day. It certainly doesn’t have a laid back, relaxed feel to it. The atmosphere was like a cross between Cabramatta, Redfern and the big cities like Paris (or, we imagine, Rome!). Tiny backstreets with outdoor butchers, fruit and veg and clothes vendors on market day, combined with the gigantic open town squares with important buildings like the university on the edges and huge fountains in the middle. But, even on a sunny day, it does have a feeling of being overcast about it. 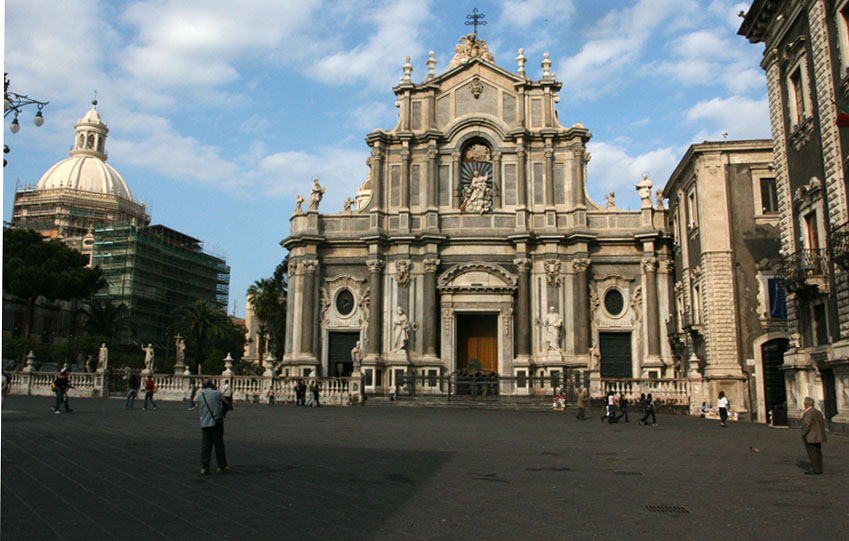