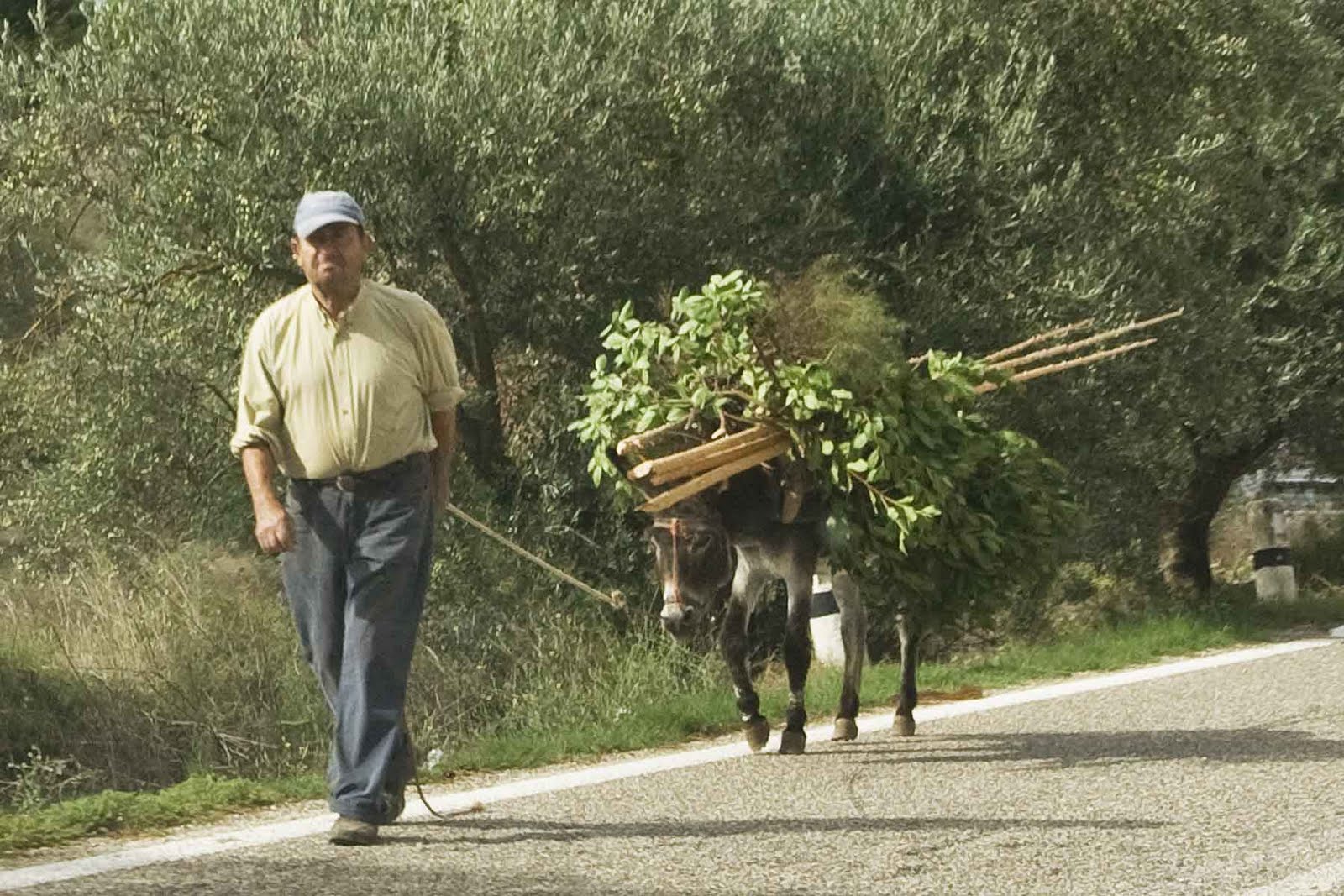 Man and donkey off to work
Once we had experienced the Temple of Epicurean Apollo we set off for Ancient Olympia. Found it with no dramas. It’s difficult to know what to say about another ancient site. No, we are not over them, and they ARE all different, but ‘wonderous’ and ‘beautiful’ and ‘amazing’ and ‘can’t believe they are still here’ get repetitive. It was interesting to once again see the mark of Herodes Atticus (our rich patron friend from ancient Athens) who donated a gigantic fountain to help supply the city with water. Very impressive piece that was once decorated with many statues of the famous and powerful – with statues of him and his wife next to the one of Zeus! 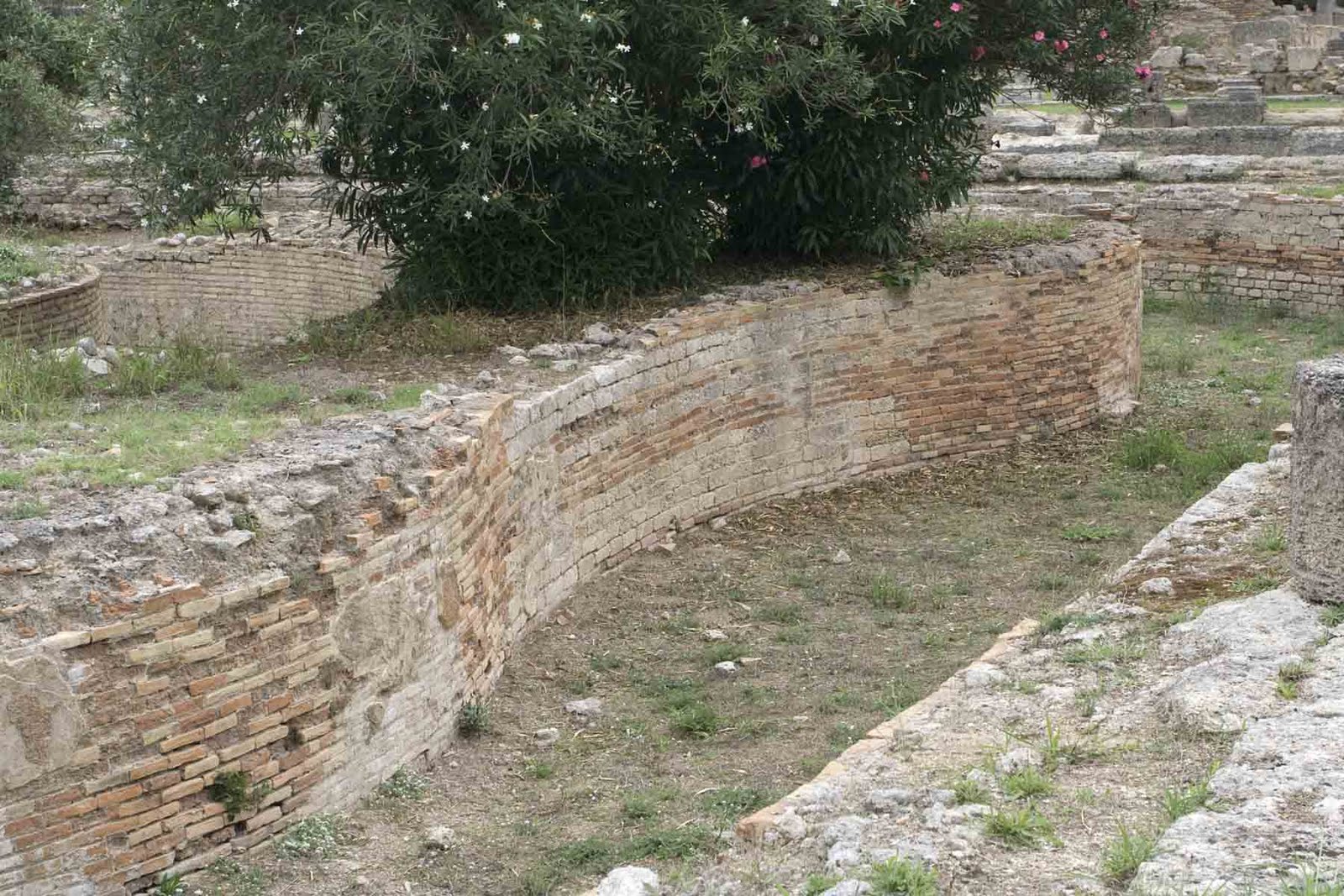 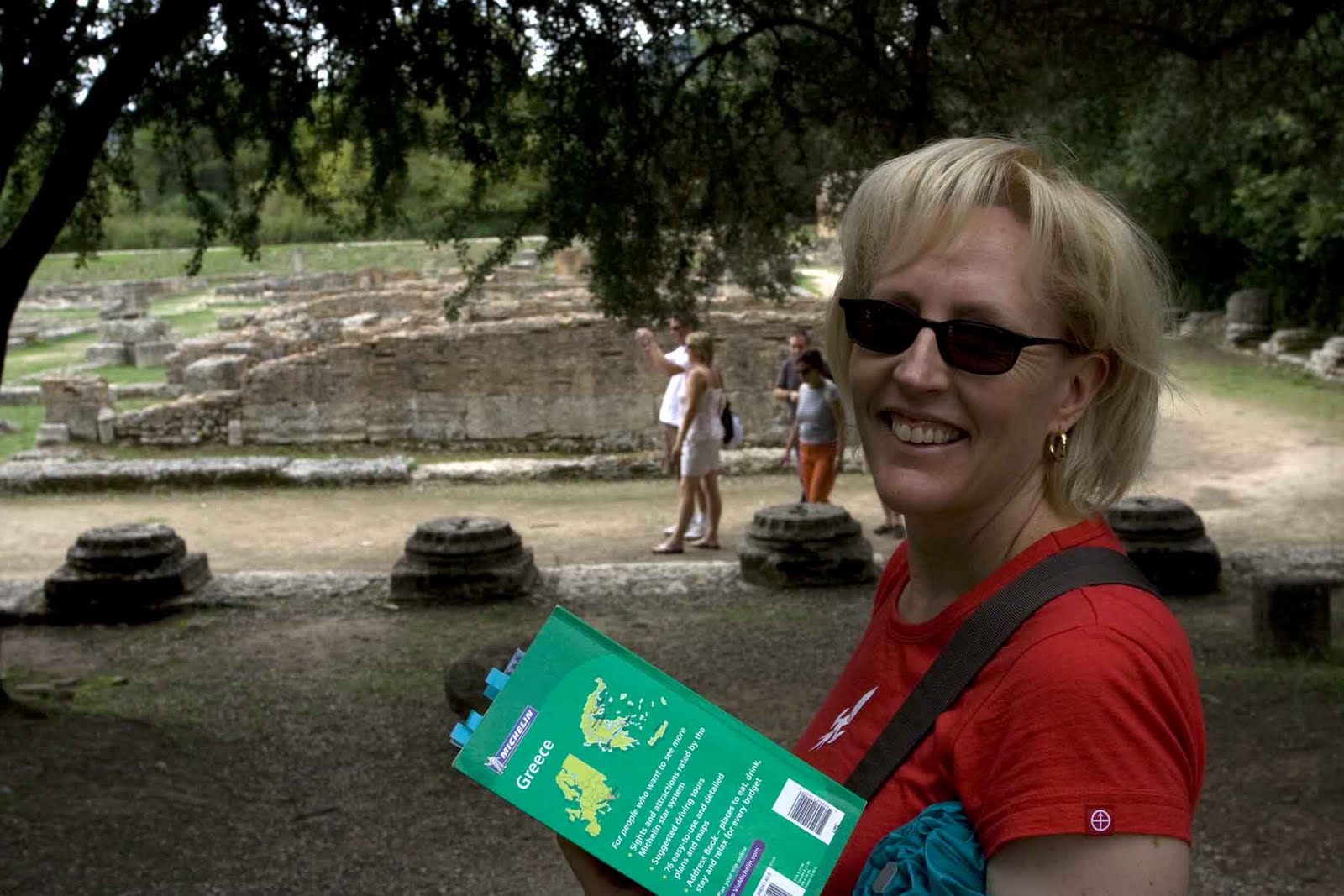 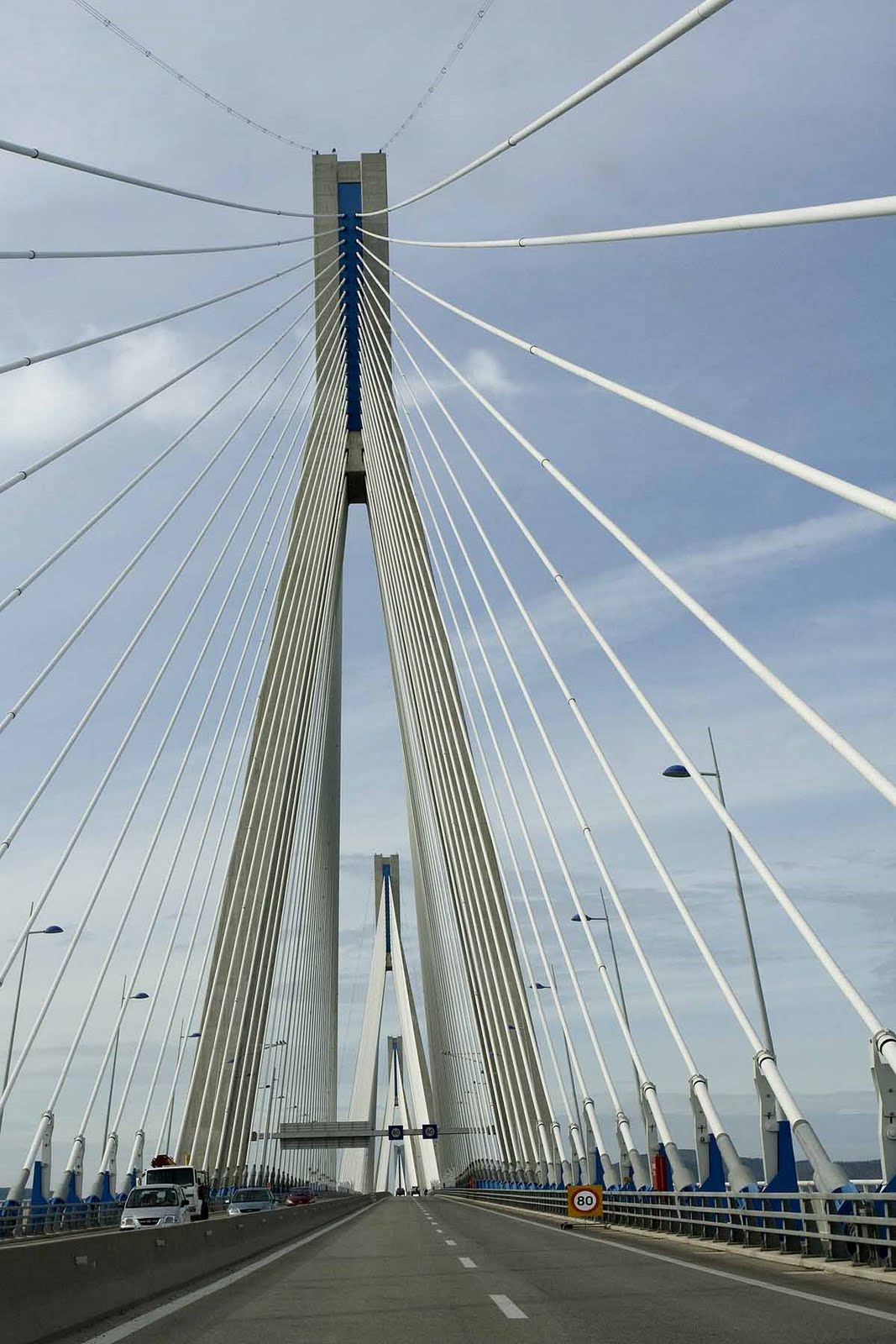 Bridge at Rion (€11.50 in toll to cross!)
Before setting off again, we had lunch in the village outside of the ruins at a tourist friendly place that served good food and wine and sated us. We then skipped the scenic route up the coast and just headed straight to Patra and from there to Nafpaktos (which was over the Rion and out of the Peloponnese). We found a room at the Akti Hotel, which was all pastel brightness and fun after its 2005 make over (and had a huge comfortable king sized bed). And it had internet – so we caught up on blogging. Went for a walk along the stone beach, chatted to a pair of white swans and some ducks, and Nic found a shop that sold lollies, and bought some Turkish delight. Over indulged at dinner with some stuffed cabbage leaves, salad, sausage and baked eggplant. All very scrummy. Went to bed with too much food in the tummy and had odd dreams as a consequence…both of us! 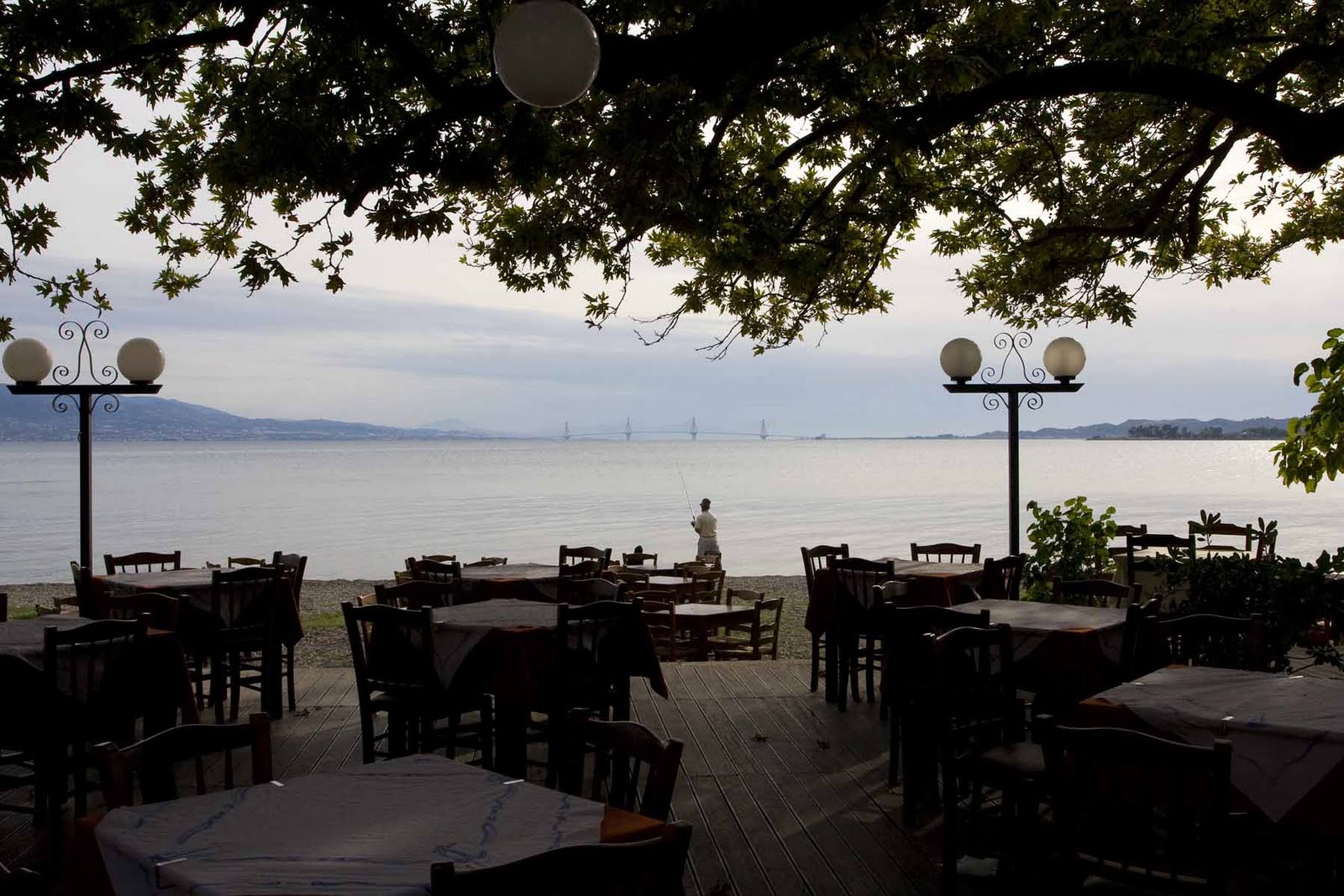 View from the promenade at Nafpaktos 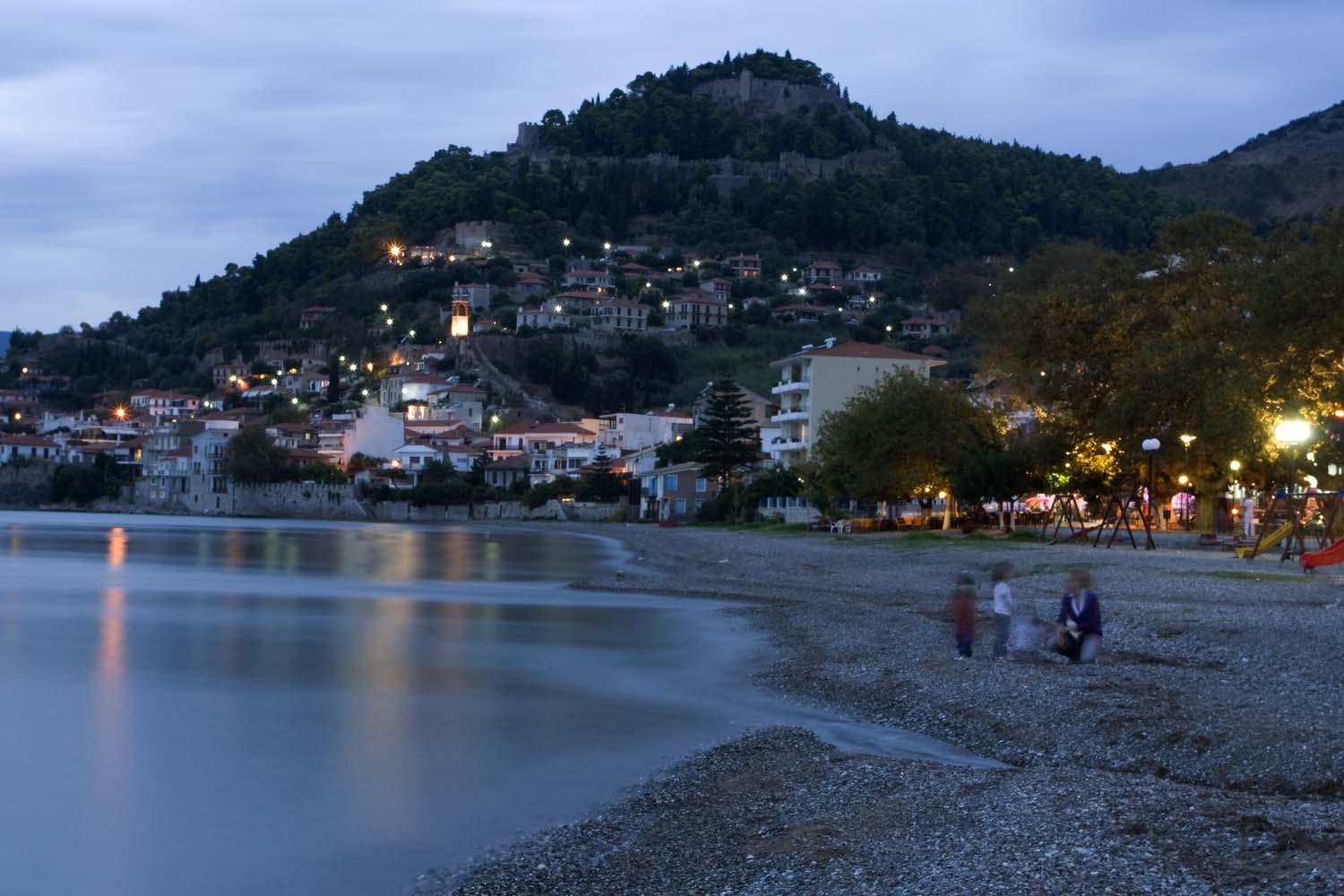 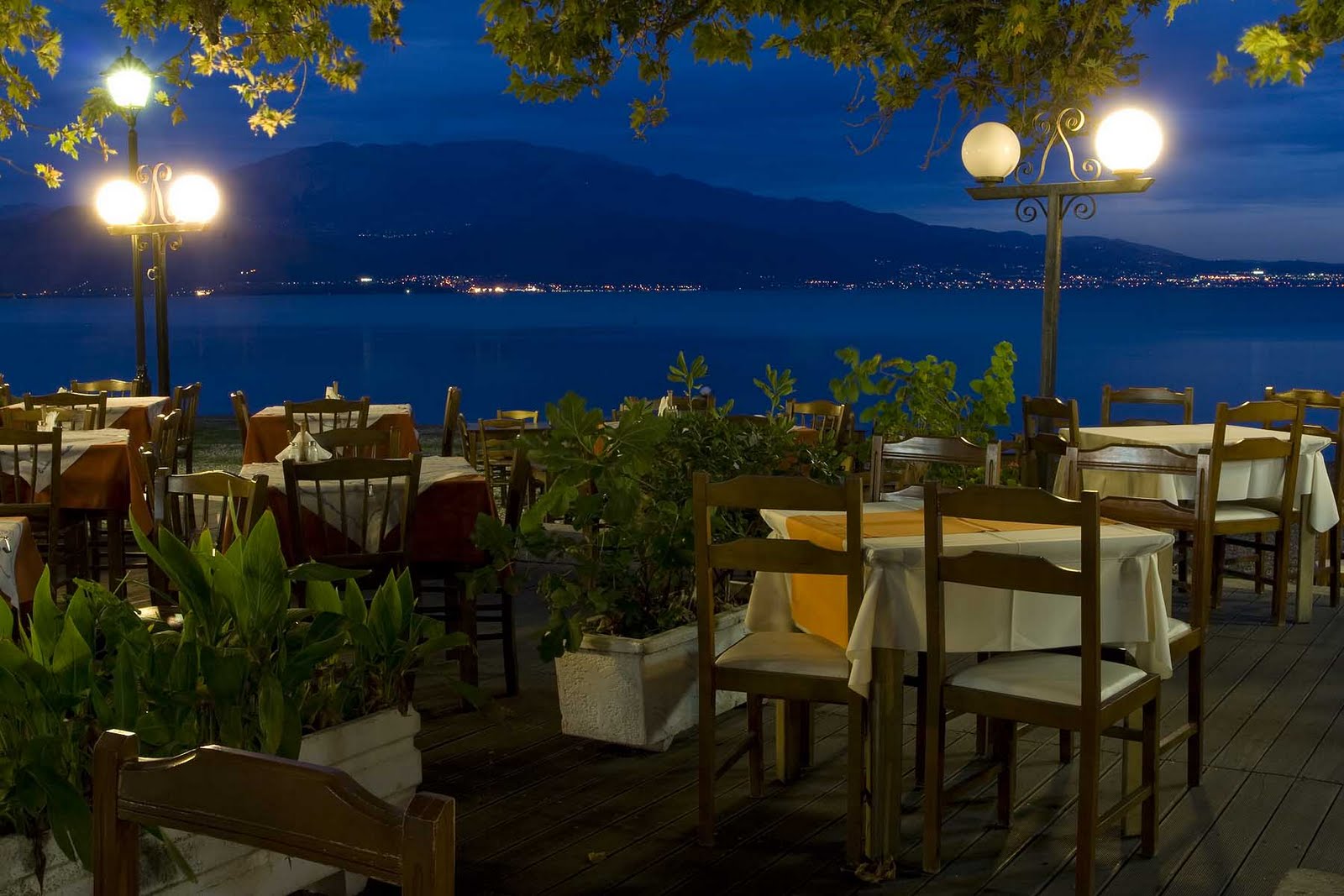 It doesn’t get much better than this!