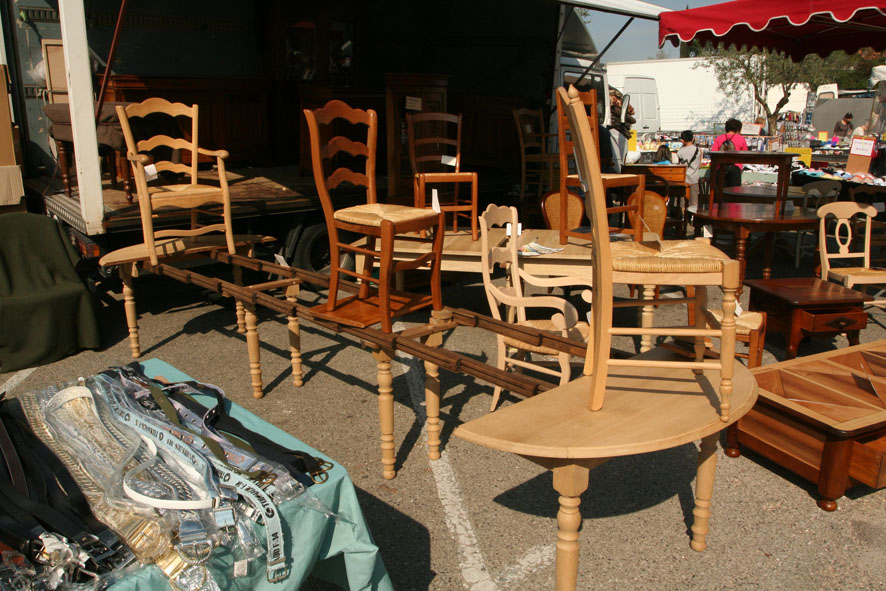 Furniture too big to shove in ‘carry on’ to bring home

Baby animals for sale (the little kids – as in goats! – were on another table) 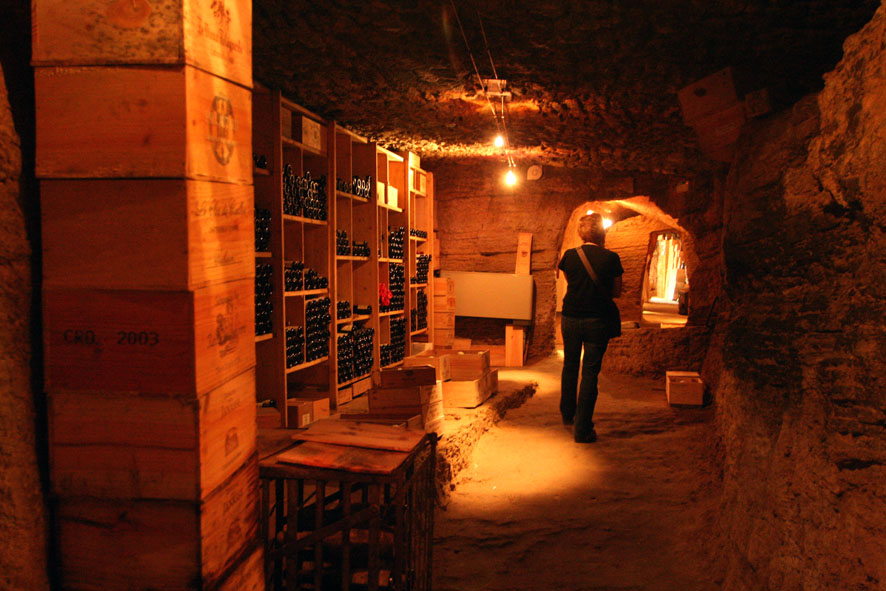 Before leaving Vaison we visited the weekly markets, which were the best ones we’ve been to so far. So much in every category. We saw an extension table that we wanted (went from a small round table to over 2 metres! – see above). Also saw far too many other things we wanted…like baby pigs, goats and, of course, puppies! It was quite cruel to passers-by – they encouraged you to feed the animal to bond. They were complete bastards in their tactics! Nic was very strong and managed to resist even the feeding and petting part. That was so hard! 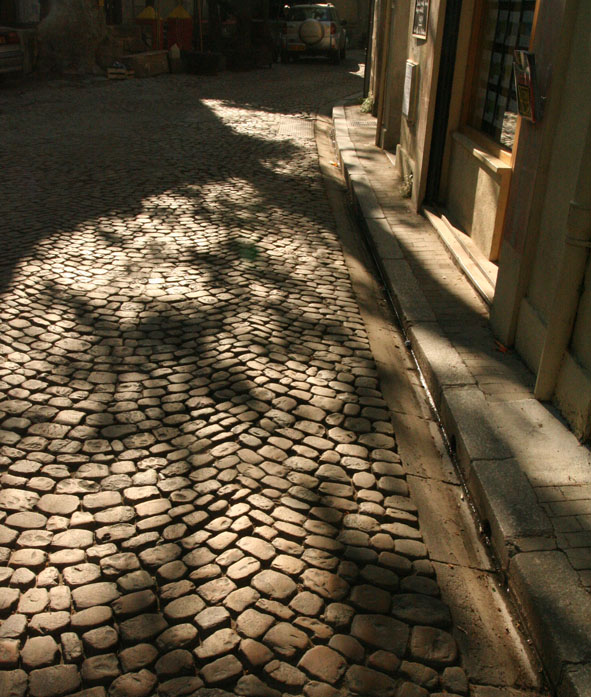 On our way to Avignon we called in to Chateauneuf-du-Papes to do a bit of wine tasting. Oh, the chores of travelling! We visited the Cave du Verger des Papes which is a degustation room that represents 50 wineries in the area. Anne, the woman in the cave in charge of the tasting (don’t know what the term for that role is), gave us a full hour and a half of her time and it was truly an education. Had a great time and learnt so much. The wine in this area really is pretty magnificent.

From there we continued on to Avignon (a whole 12 or so kilometres!). Our room was just fabulous. Blues and oranges in a Moroccan style with an amazing and huge bathroom – all mosaics. The house itself was a wonderful retreat in the city, complete with garden terrace oasis with meditation room and a lovely Parisienne host who made an escape from Paris 6 years ago. It was called Le Clos du Rempart, and it was a lovely treat in the luxury department.

Now THIS is glace fruit! 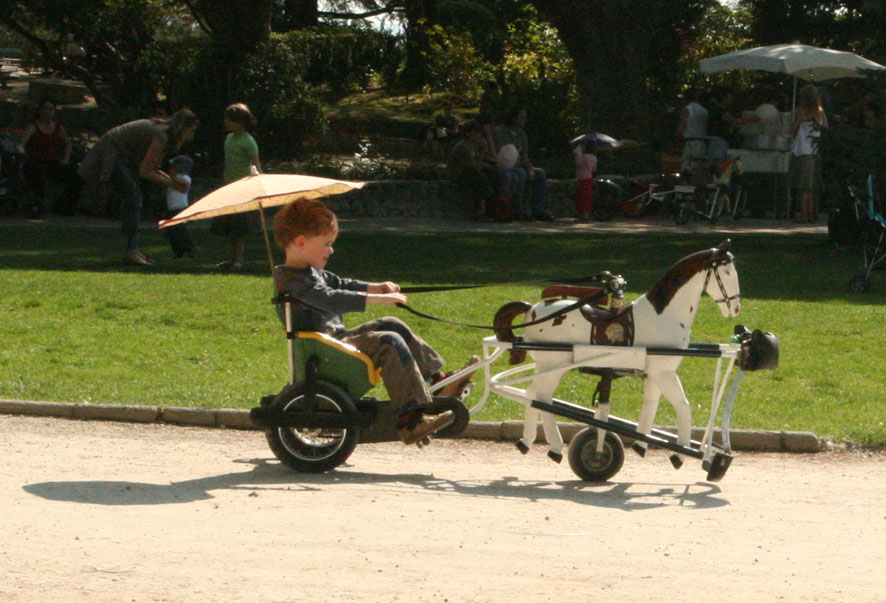 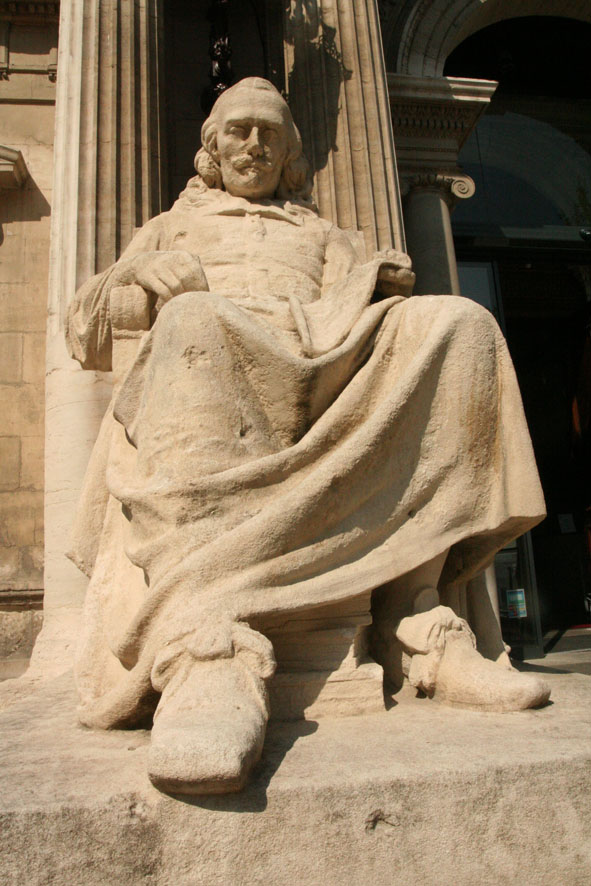 Shakespeare and Moliere dozing in the sun 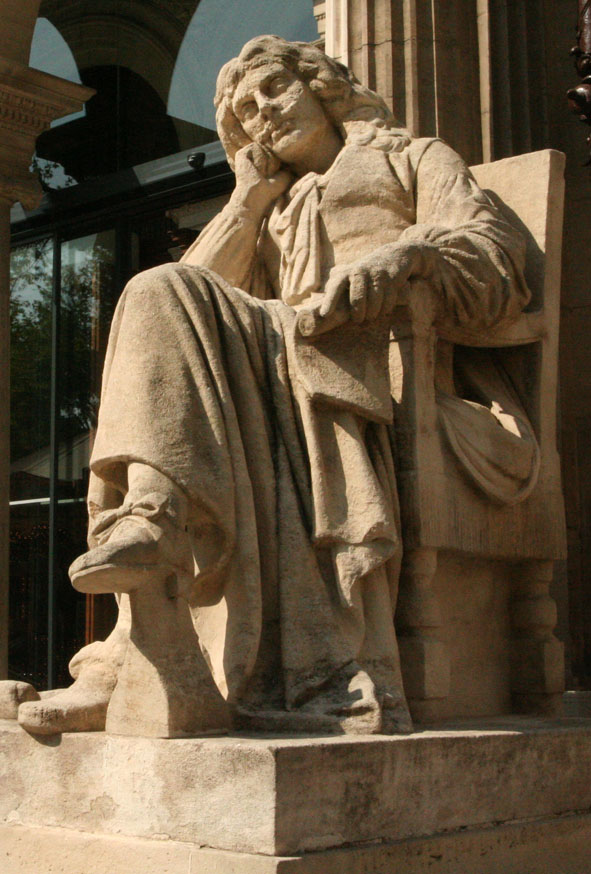 Spent our first afternoon doing our now routine orientation of the city before meeting a young couple from California for dinner (they had stayed at the same 2 previous hotels as us). Had a memorable and fun evening swapping travel stories and getting advice about good food in Italy! A big priority for Nic! 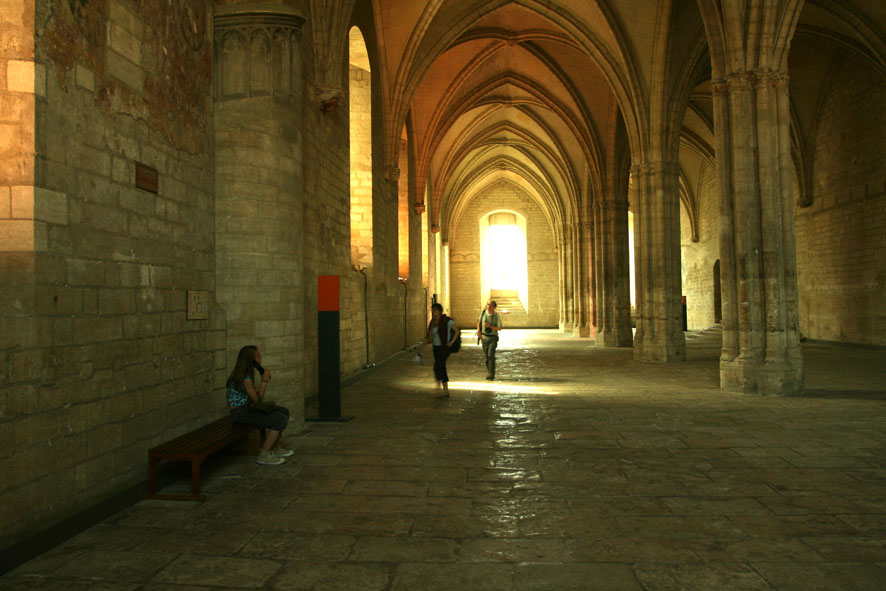 Inside the Palais du Papes

The next day we tackled the gigantic Palais du Papes. The scale is beyond belief. The pope’s ‘chapel’ is bigger than the city’s cathedral! Only problem is that the entire thing is empty, long since stripped of its finery and artworks. Because of this it’s good to see the Petit Palais Musee first which is filled with Christian artworks (mainly medieval) to get a feel for what would’ve been in the Pope’s place. 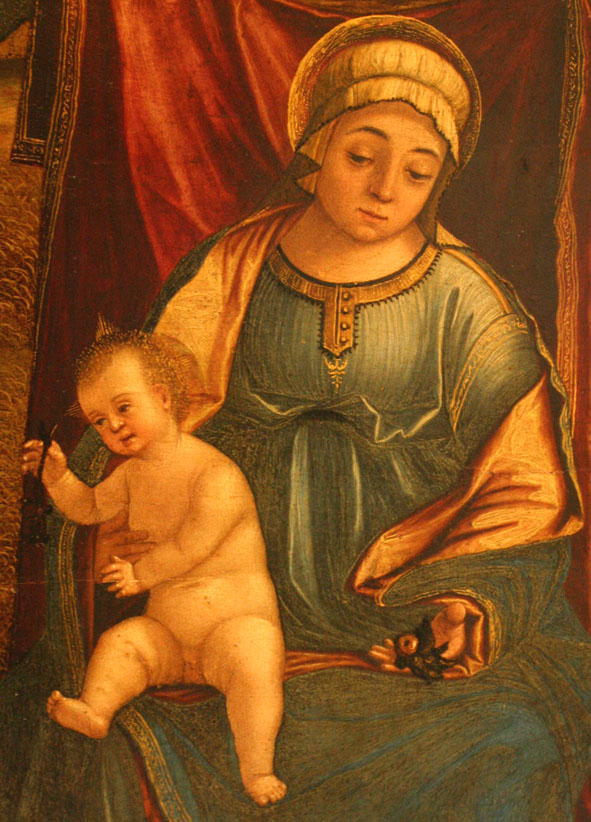 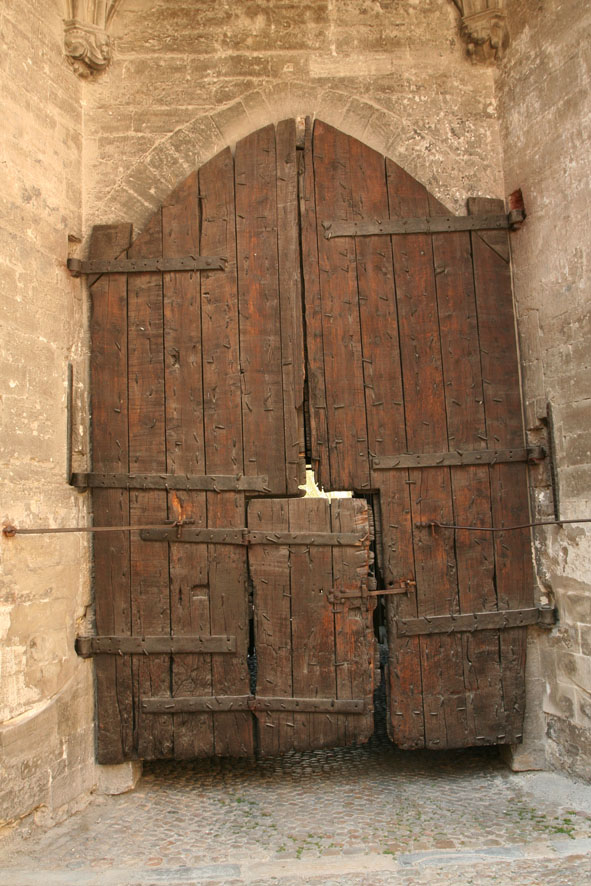 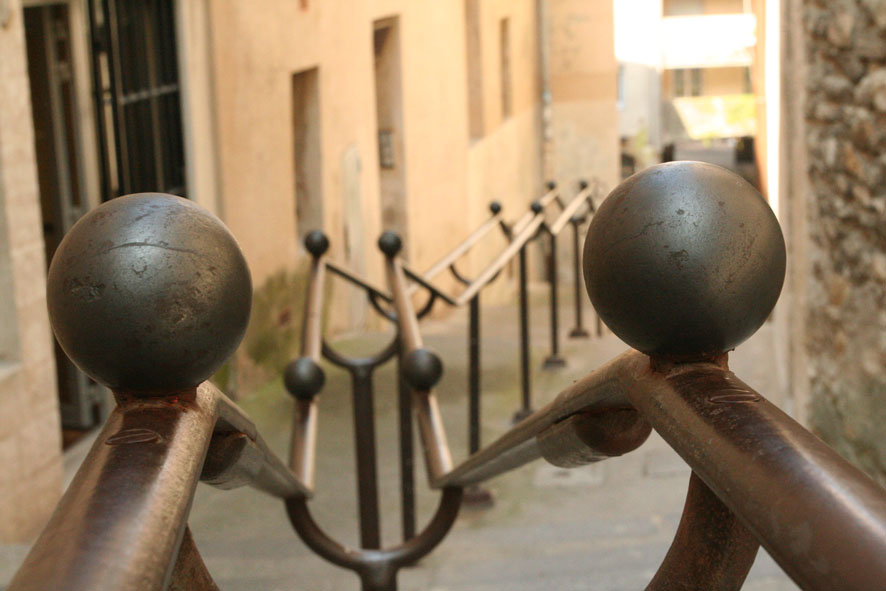 Stair rails with balls in Avignon 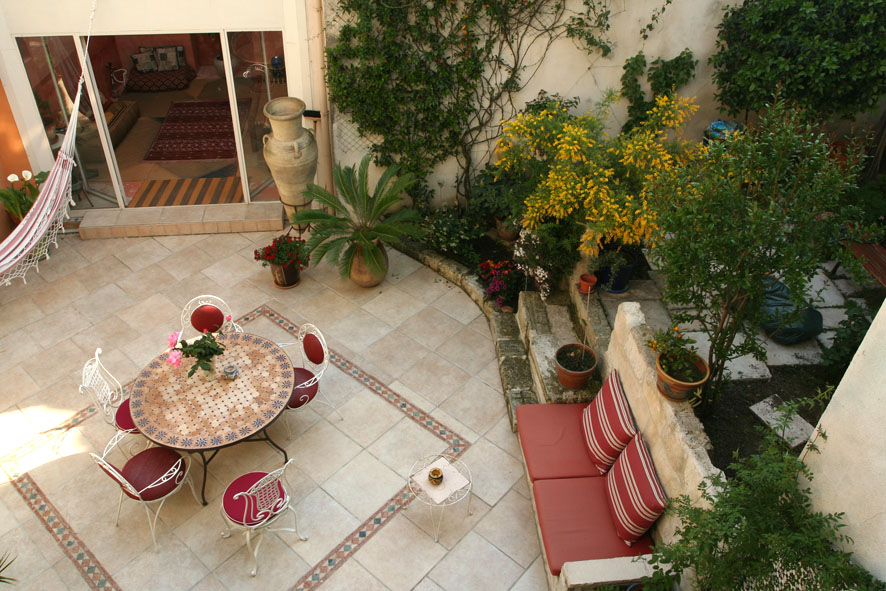 The view from our room down to the garden courtyard

Didn’t need dinner after our big lunch so we went back to our lovely oasis in Avignon, opened a bottle of wine we picked up at Domaine de Coyeux and shared that with our host (while nibbling on pieces of apple, dried apricots and cashews). Spent the evening relaxing. 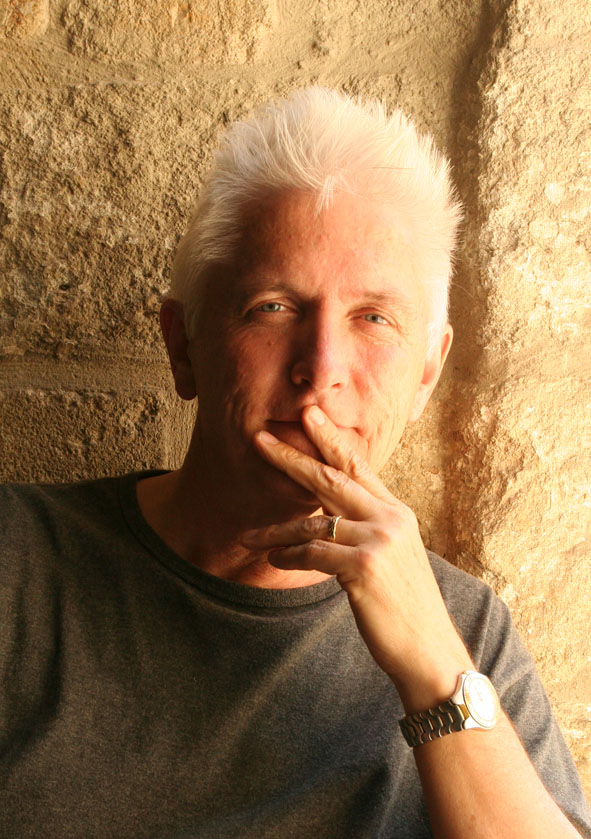