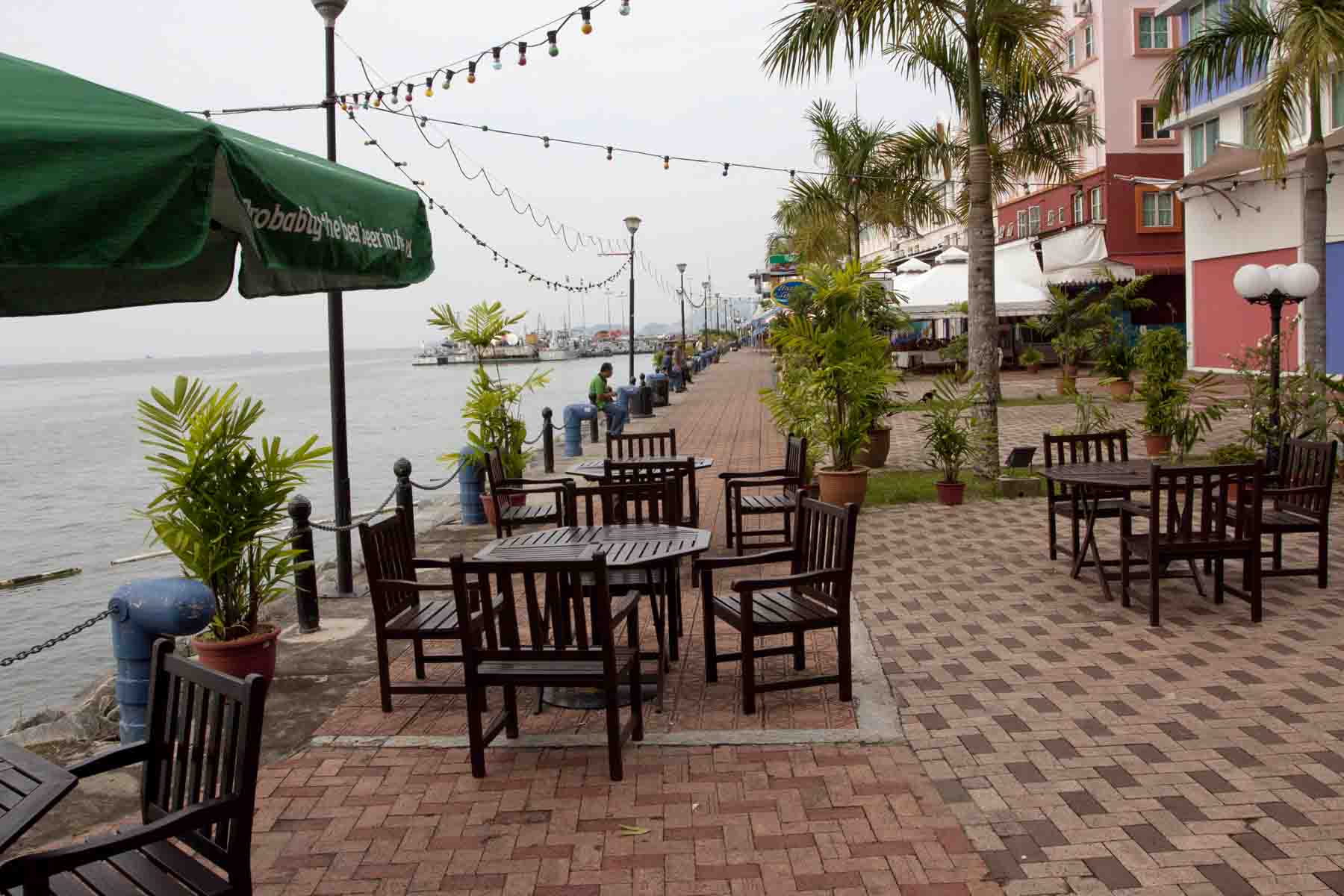 We were collected from our accommodation as per schedule at 9:45am, and none too soon for us (not a good night’s sleep, and really, really ordinary breakfast – there truly is a different understanding of service and hygiene in this town). It took about an hour by boat to reach Selingan Island; the largest of the three islands in the Turtle Islands Park. The loud hum of the outboard motors and the regular dipping of the boat hypnotised us into a bit of a doze, which certainly made the hour pass more swiftly. 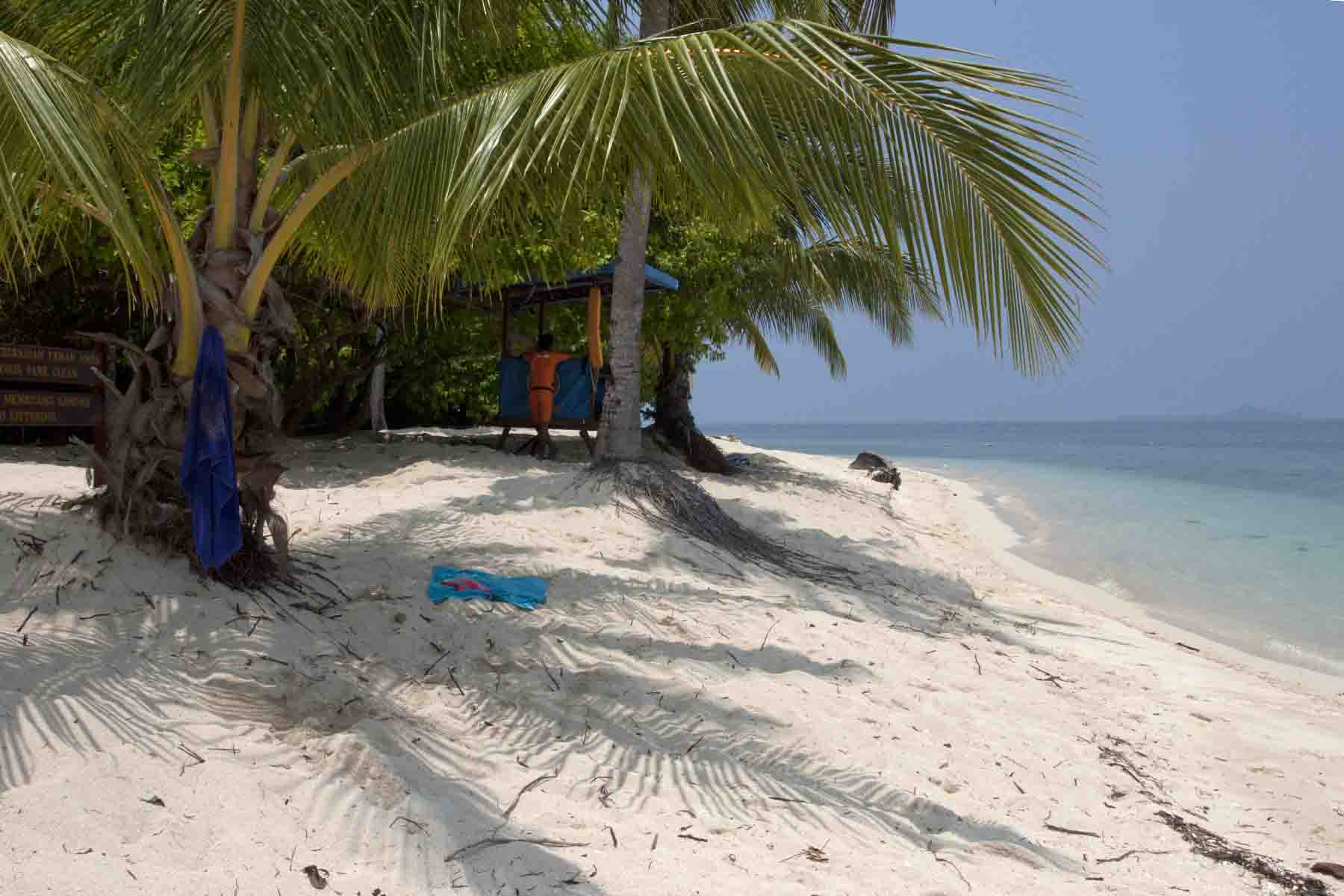 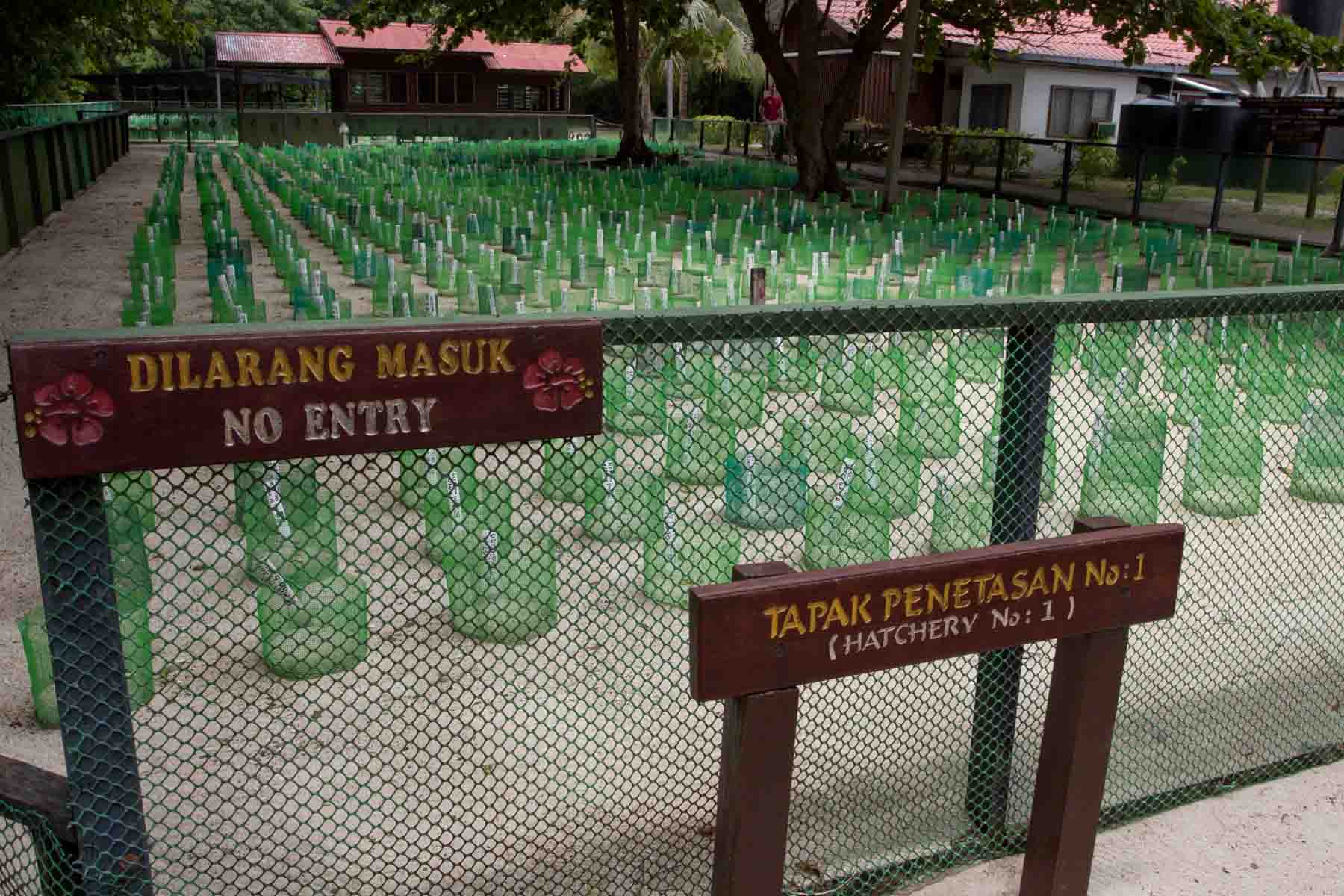 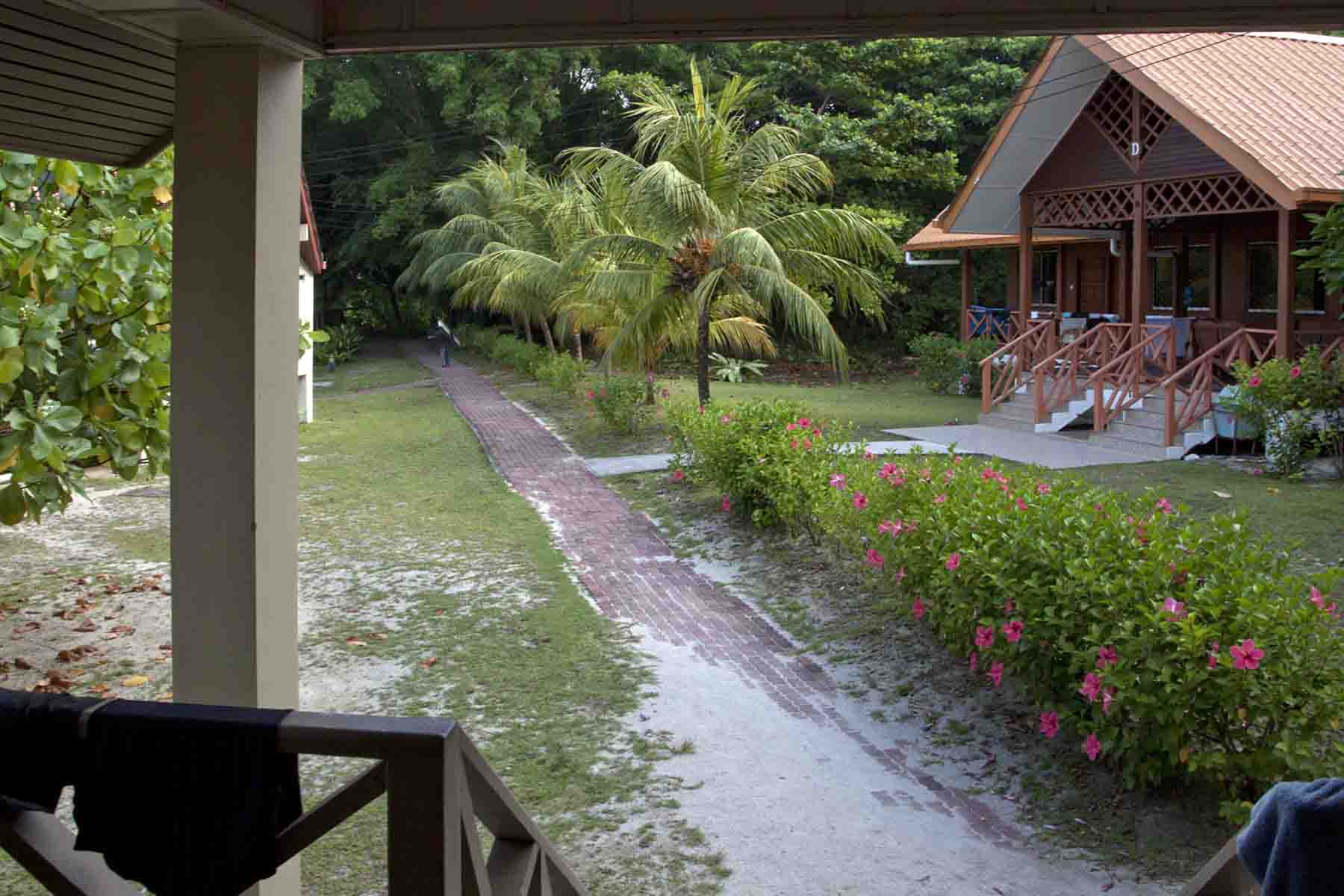 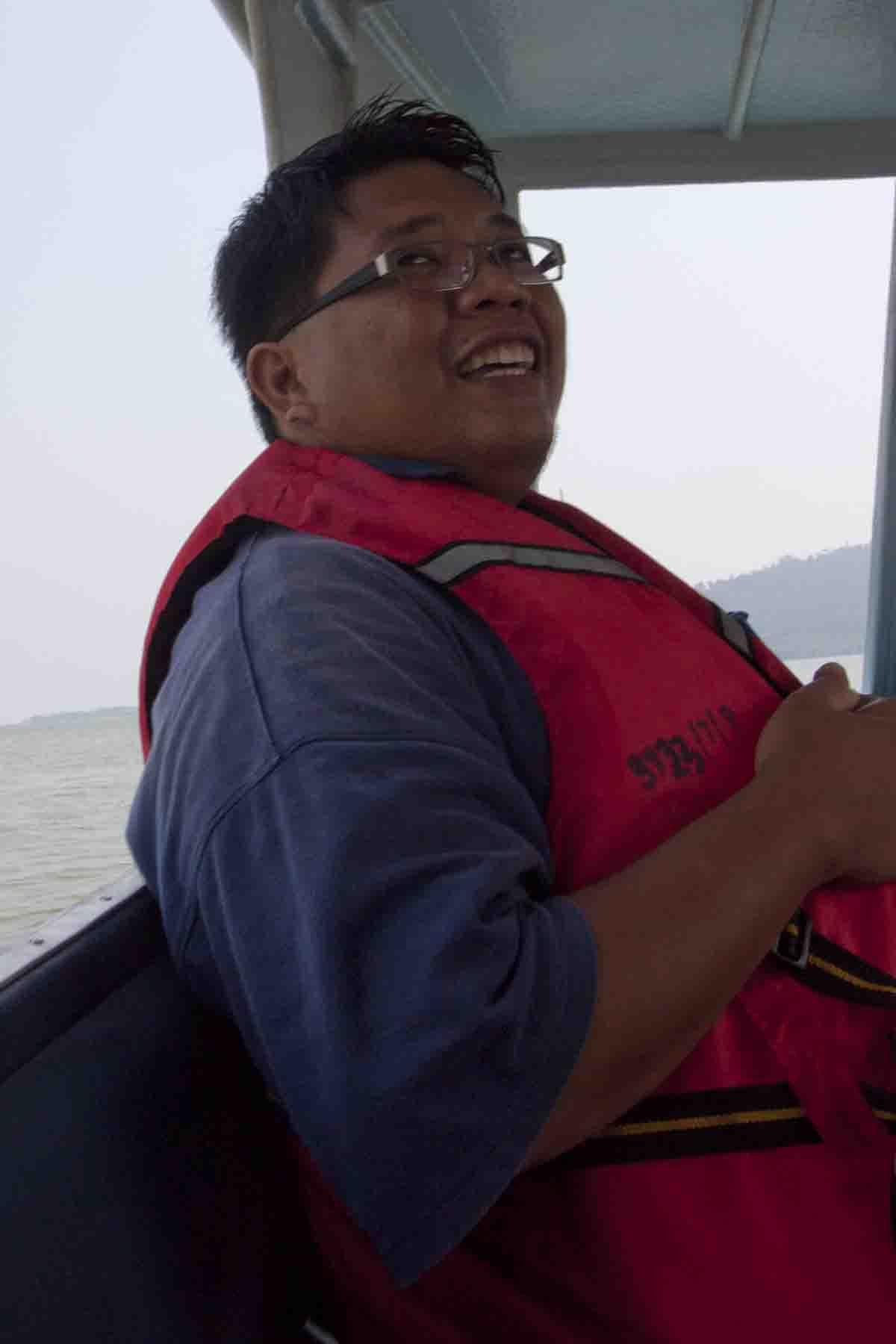 The wet landing at Selingan was not too damp, and we hoisted our scant belongings onto our shoulders (most of the luggage was locked away back in the offices at the dock), and trudged the whole 40 metres through the sand to the lodge. Our accommodation was very basic in size and furnishings, although, surprisingly, did include an airconditioner in the room (ironically, it was far too cold to have it on for extended periods of time). Not much time was spent in the room anyway, not because we were running around doing things (in fact the entire afternoon was spent reading on the verandah, with a short snorkel swim thrown in), rather the rooms were far too cell-like for any desire to pass time in them! 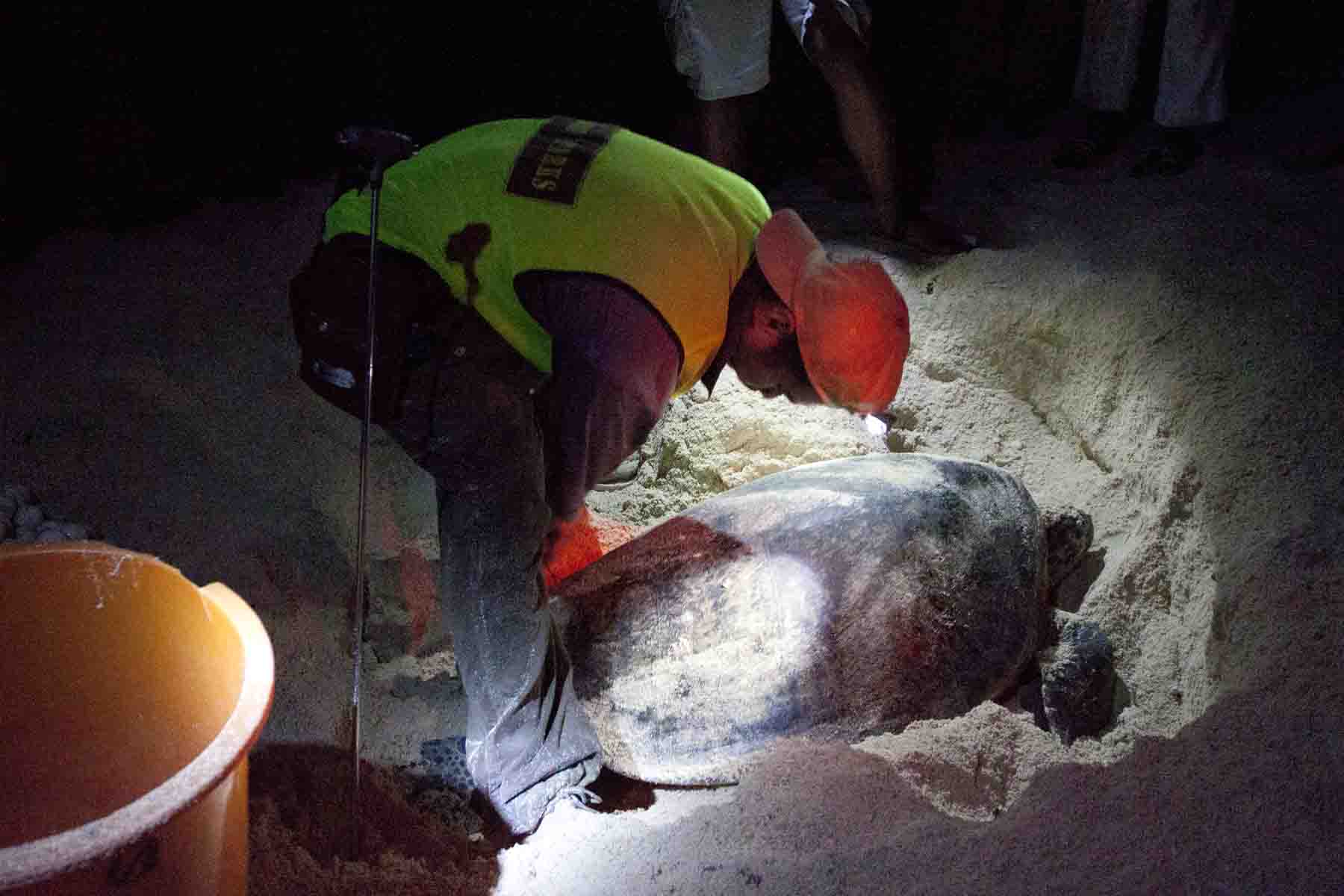 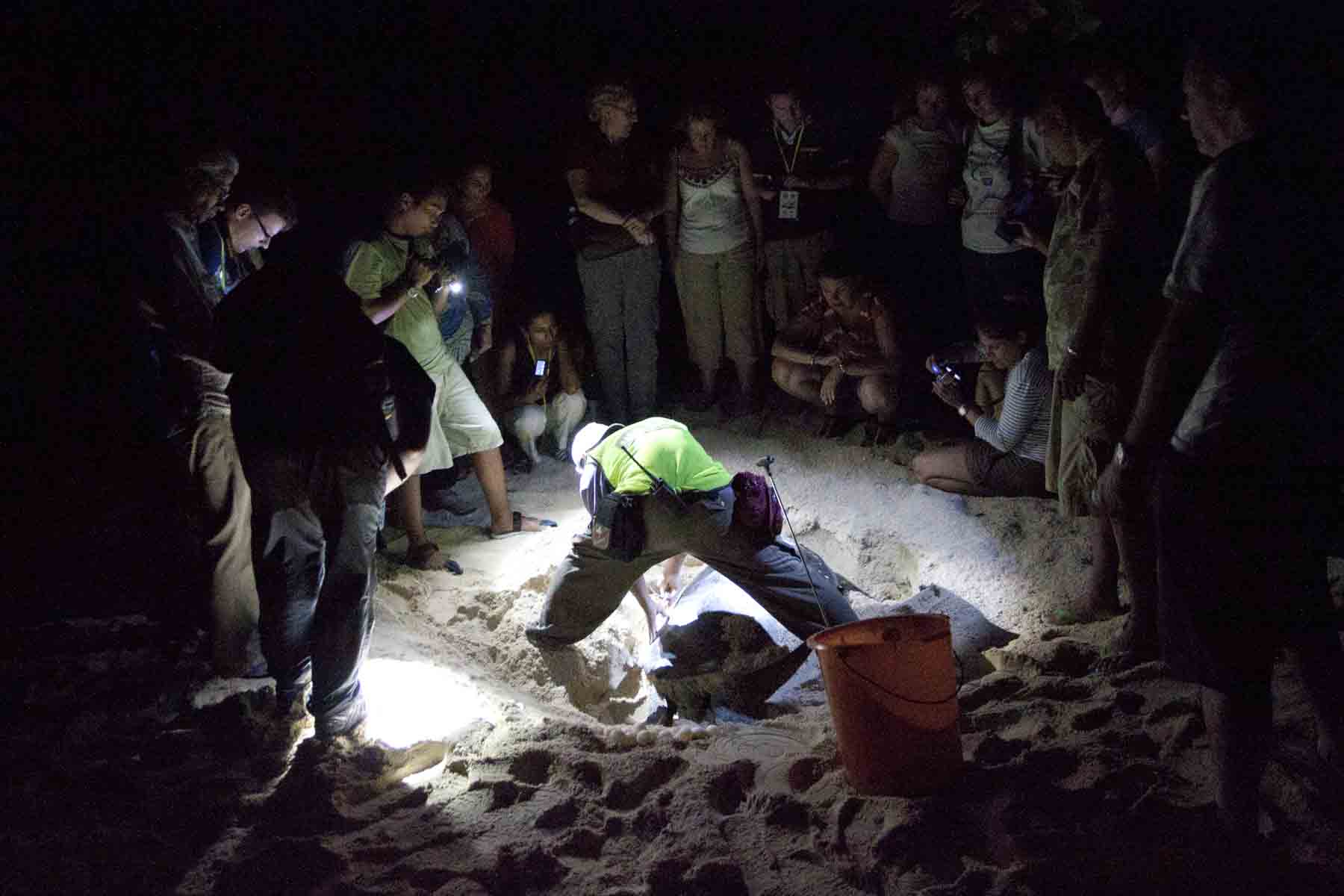 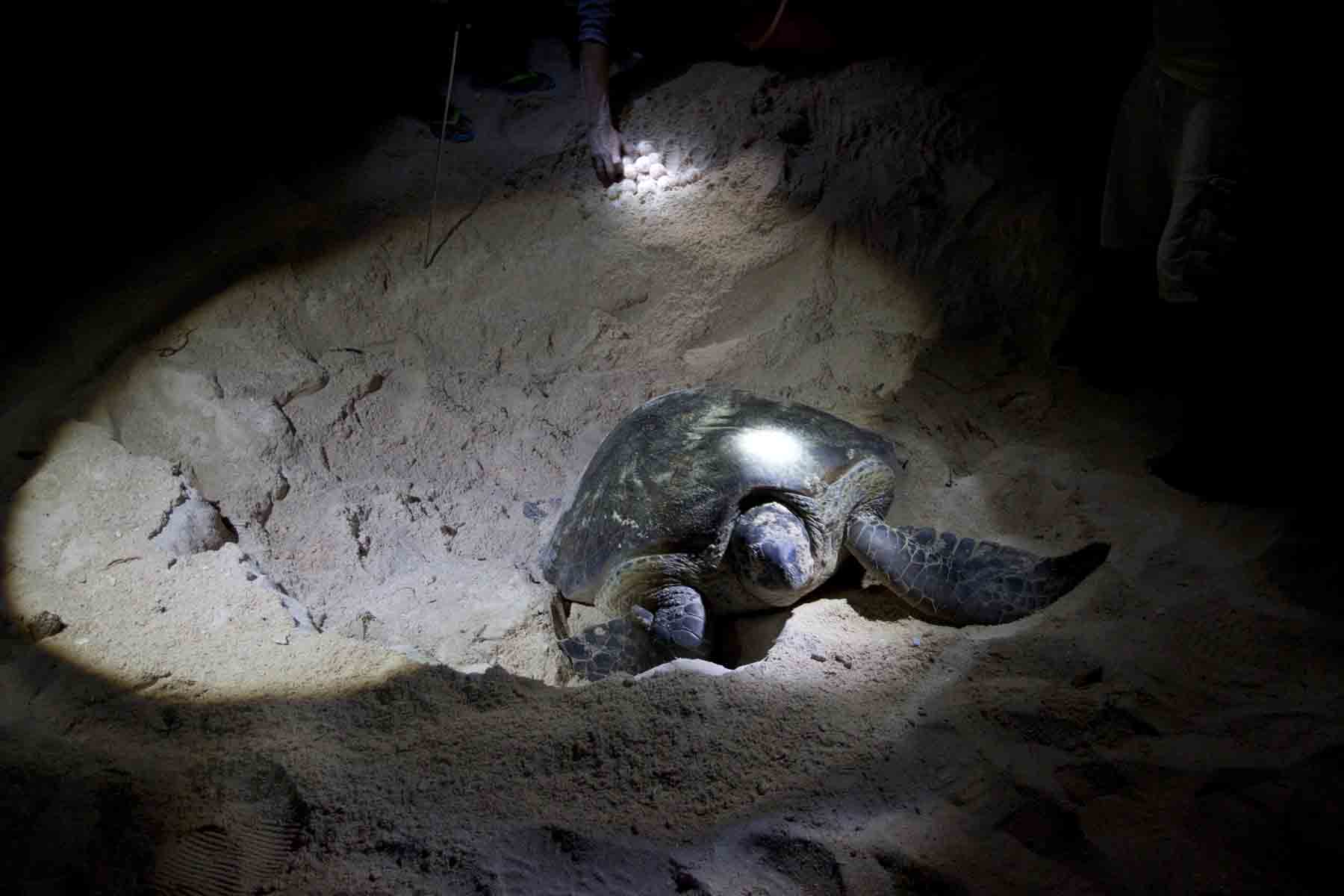 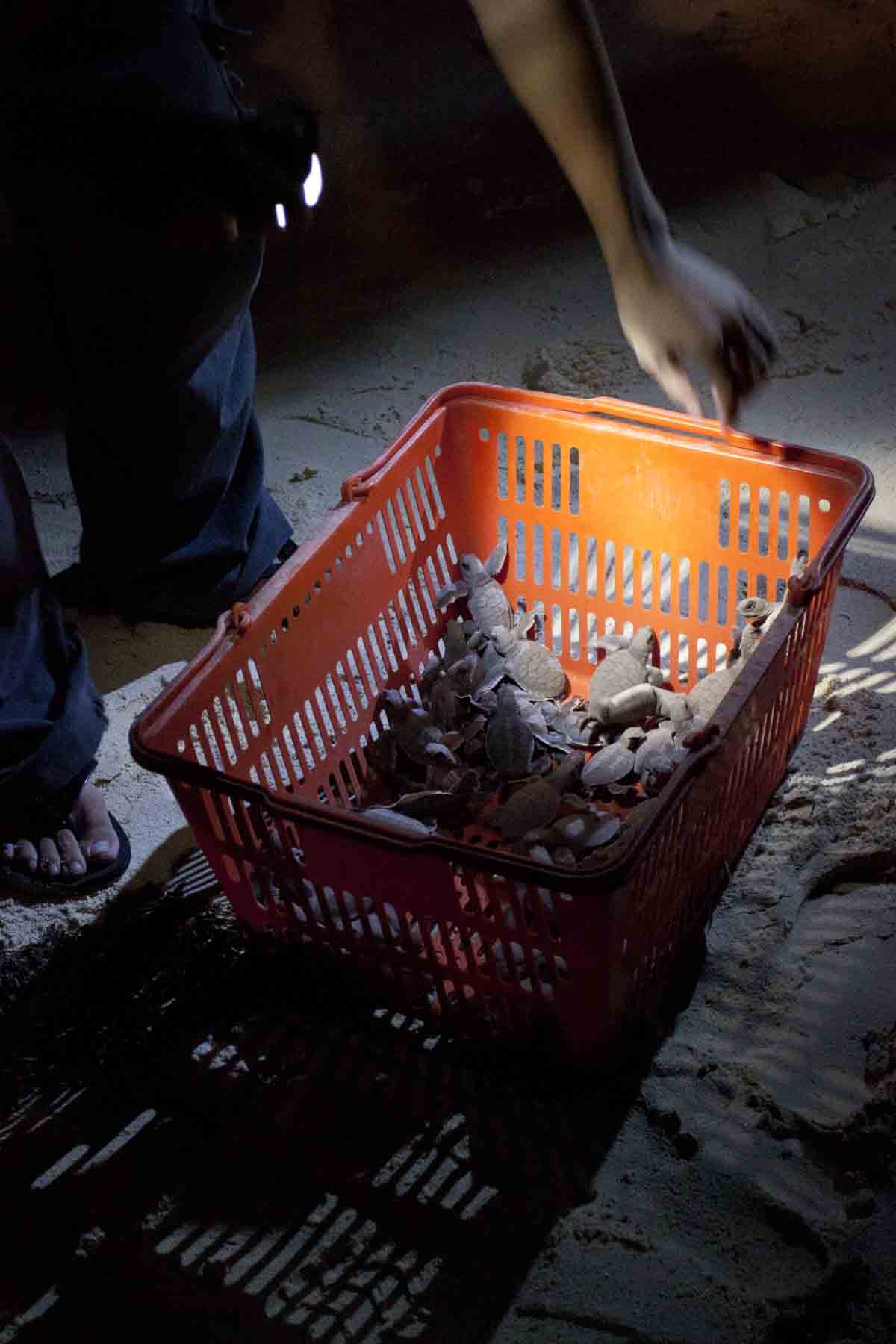 We were called to a short information/lecture session before dinner to prepare us for the evening watching turtles. There were about 40 guests on the island for the night, so they split us into two groups, which were spaced apart in the evening for their viewing sessions. Luckily, we were in the second group, which meant the eager and energetic children (read ‘loud and annoying’) were in the first group and would be in bed by the time our group was called out. Basically, we hung around in the dining hall until a guide ran in saying, ‘Now!’ and we rushed to put our thongs/sandles/shoes on and ran through the sand to the spot where a giant green sea turtle was laying the last of her eggs. It really was an extraordinary sight. So as not to disturb the turtle too much, a ranger is with the turtle alone until she is pretty much near the end of her nesting, and the tourists are then brought to the ‘viewing gallery’ (he was there at the beginning, harvesting the eggs as they came out so as not to lose even one of them). Once the turtle has finished, the torches can then be turned on around her and she is measured and tagged, if it is her first visit to the beach. Our turtle was about 40 years old, and it was her first visit, so she was given the ‘piercings’ – and she wasn’t that happy about it. It was more distressing, however, to see the ranger remove the barnacles from her shell and her head – the head in particular. He basically had to knock them off with a pair of pliers, and it can’t have been pleasant – kind of the turtle equivalent of going to the dentist, and all of us ‘softies’ were making ‘awww’ noises cause we were saddened by the flinching. The turtles return to the island every 2-3 years to lay eggs, and this continues until they are well over 100 years old! Impressive! 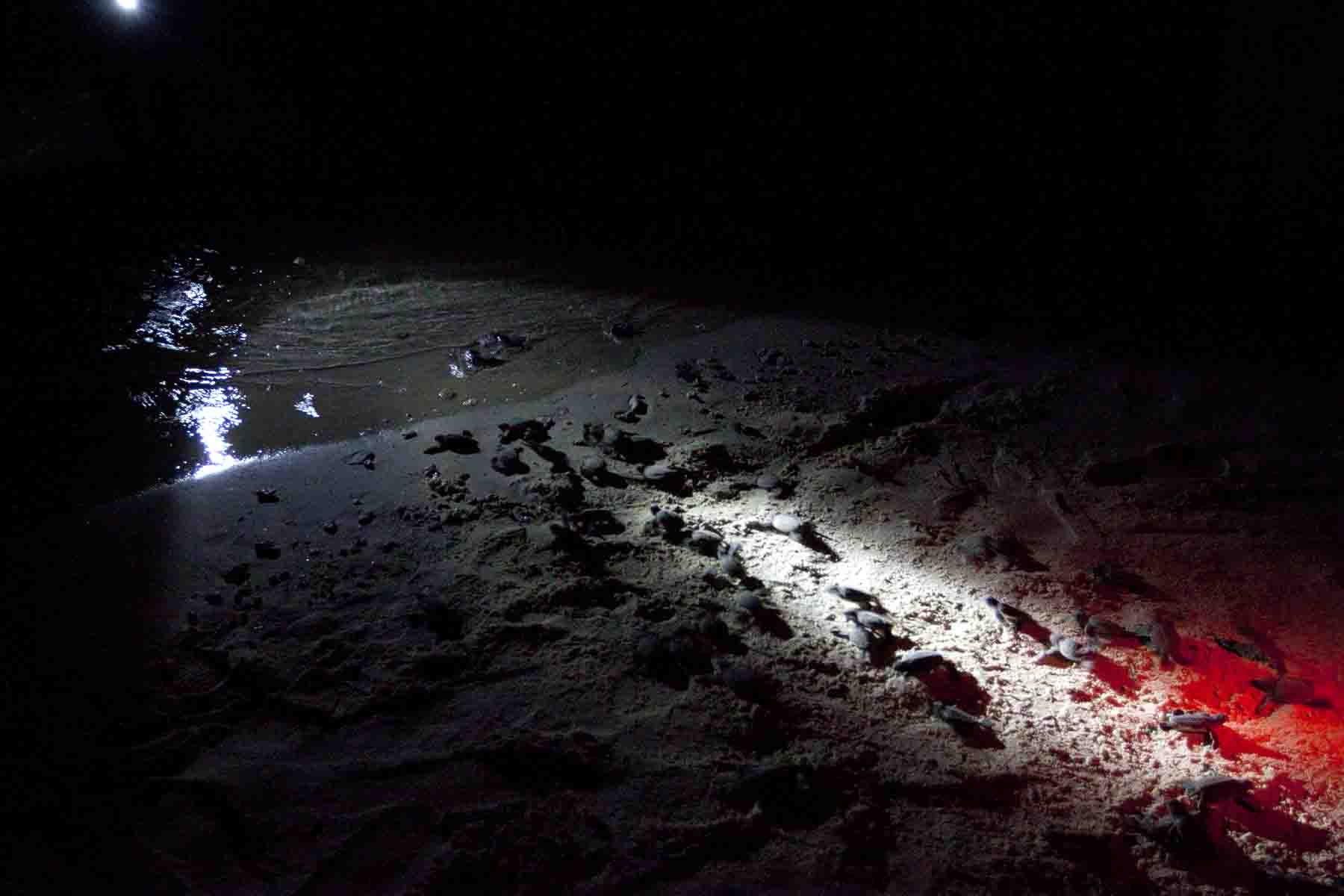 Last one in is a rotten egg! 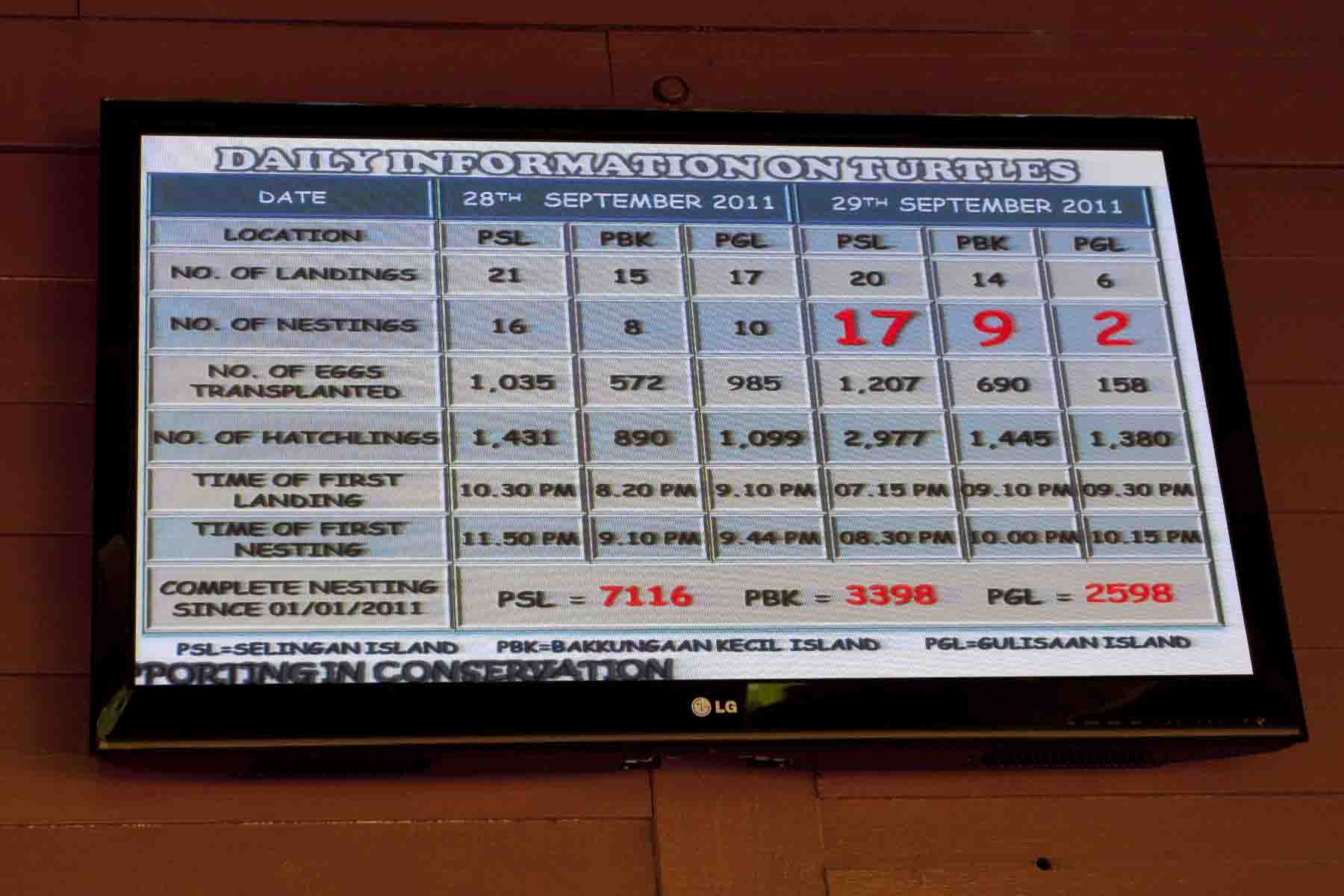 Stats for our night on the island 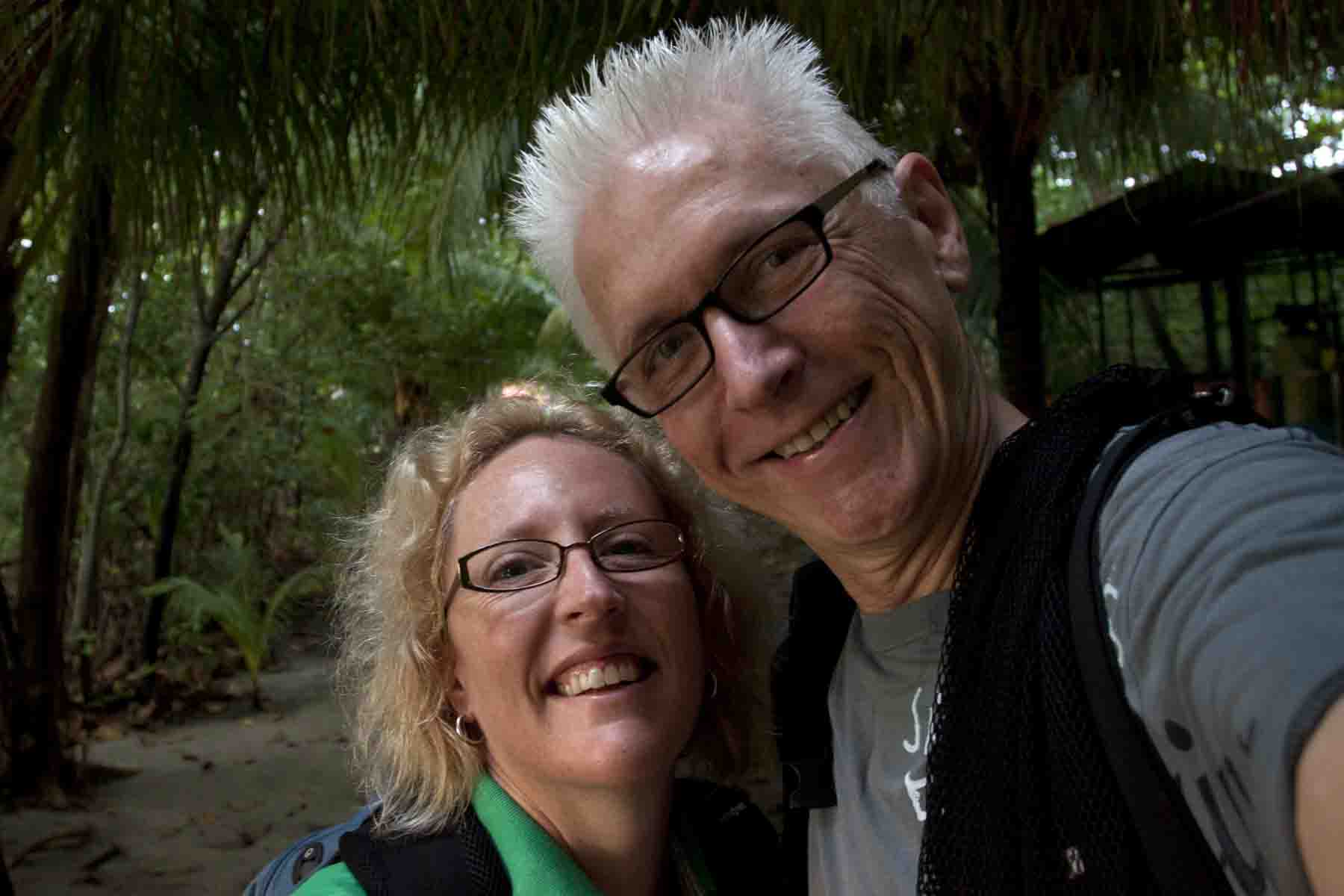 Nic and John on Turtle Island

After watching the ‘dentistry’ we were led away to where they were releasing a ‘batch’ of hatchlings into the ocean. They had about 50 little ones in a shopping basket and we followed obediently to the lapping edge of water and stood behind the line drawn in the sand, so as not to get too close, and watched as the basket was gentled emptied onto the damp sand. There was some minor panic when about 8 or so of the little guys ran the wrong way, but it was a joy to pick them up and put them back on the straight and narrow to freedom….and hopefully a future – only about 1-3% of the hatchlings make it to adulthood. Not many, huh? We were quite lucky in our adventures this evening as, even though it was the “off” season, there were still 17 nestings that night, 1,207 eggs transplanted, and 2,977 hatchlings released…and we didn’t have to wait up until 1:30am to see it! Those rangers work their butts off EVERY night. In the high season, there are usually between 60 and 70 nestings each night. Even though they work in shifts, it’s still non-stop for the whole night. They are very dedicated. It was so worth the effort to get there (and the tiny ‘wet room’ bathroom arrangement where the shower is basically over the toilet). 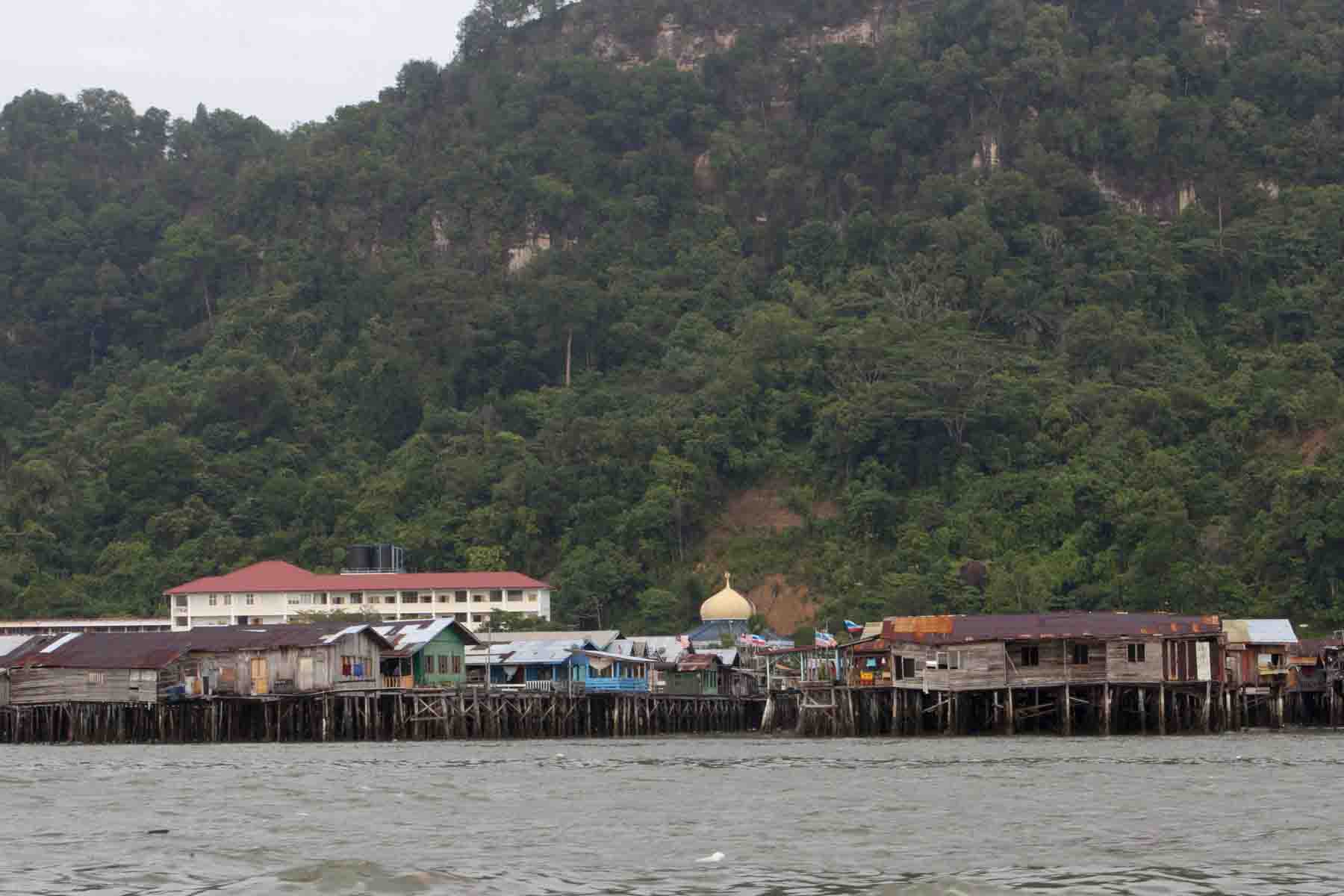 Heading back to Sandakan

This excursion was done through SI Tours (SI Tours).