Kota Kinabalu International Airport is the second largest airport in Malaysia; it’s the gateway to Borneo – big tourist destination thanks to the amazing wildlife this part of the world has to offer. To be honest, it’s what brought us here – we wanted to see orang-utans, hopefully in the wild. We arrived in the early evening, and once we had checked into our hotel, we headed to a restaurant only a few doors down for a traditional Malaysian dinner of sweet curry vegetables. After having to run for our connecting flight today, we were both a tad tired (and John was still a tad injured), so after eating and indulging in a brief walk down the street, we bought chocolate at the supermarket next door, went back to our room, had a nightcap, and went to bed. 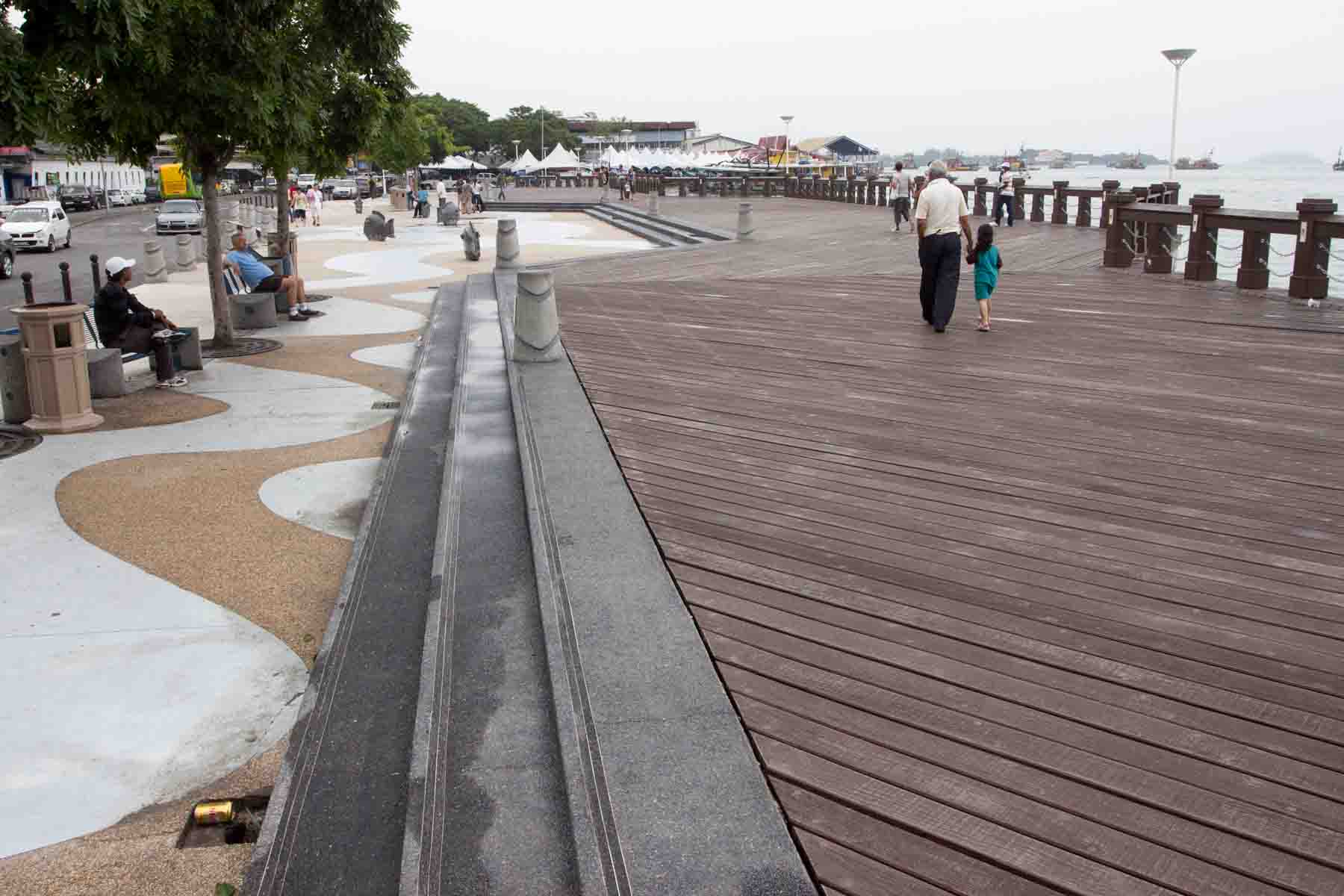 The wharf of Kota Kinabalu 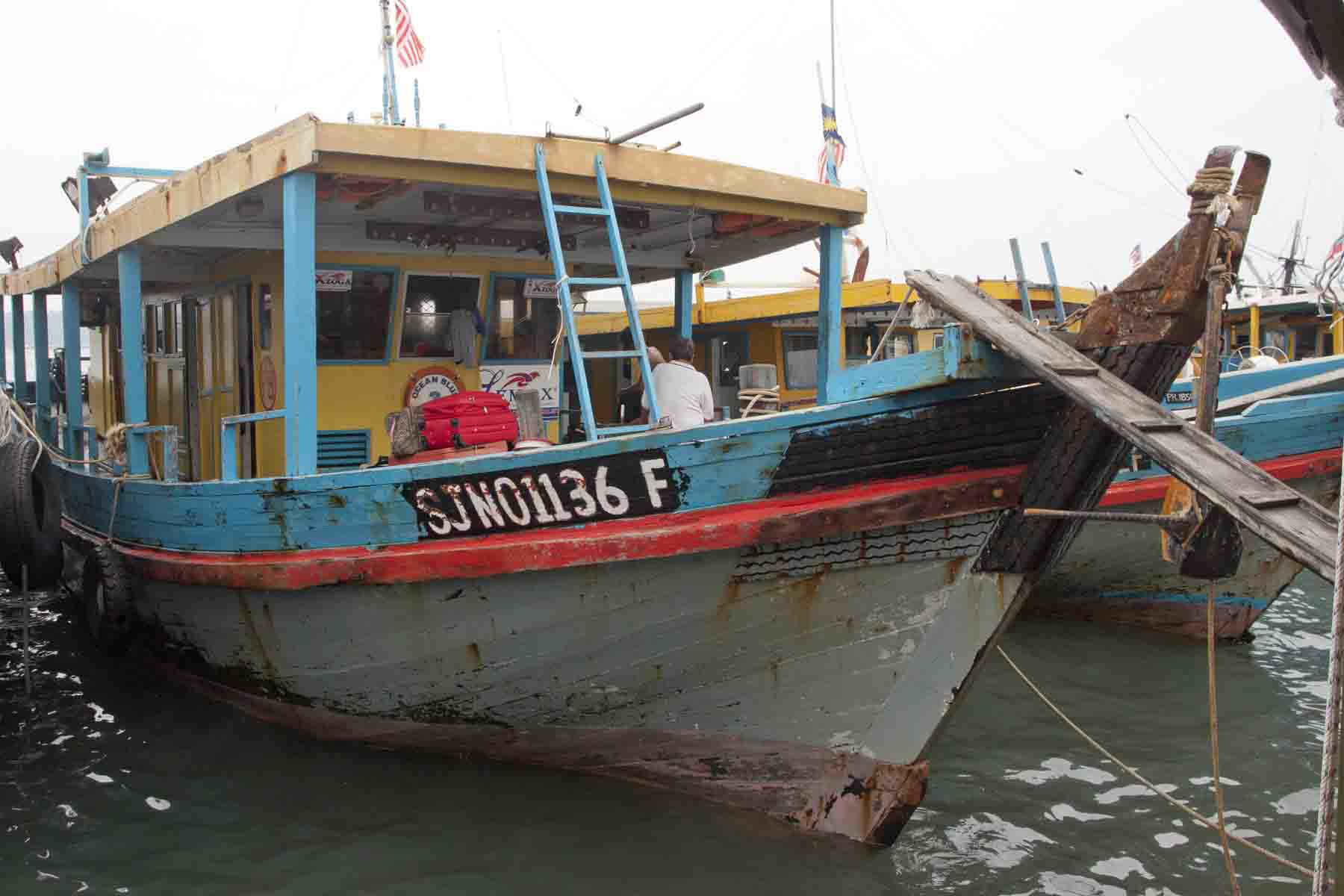 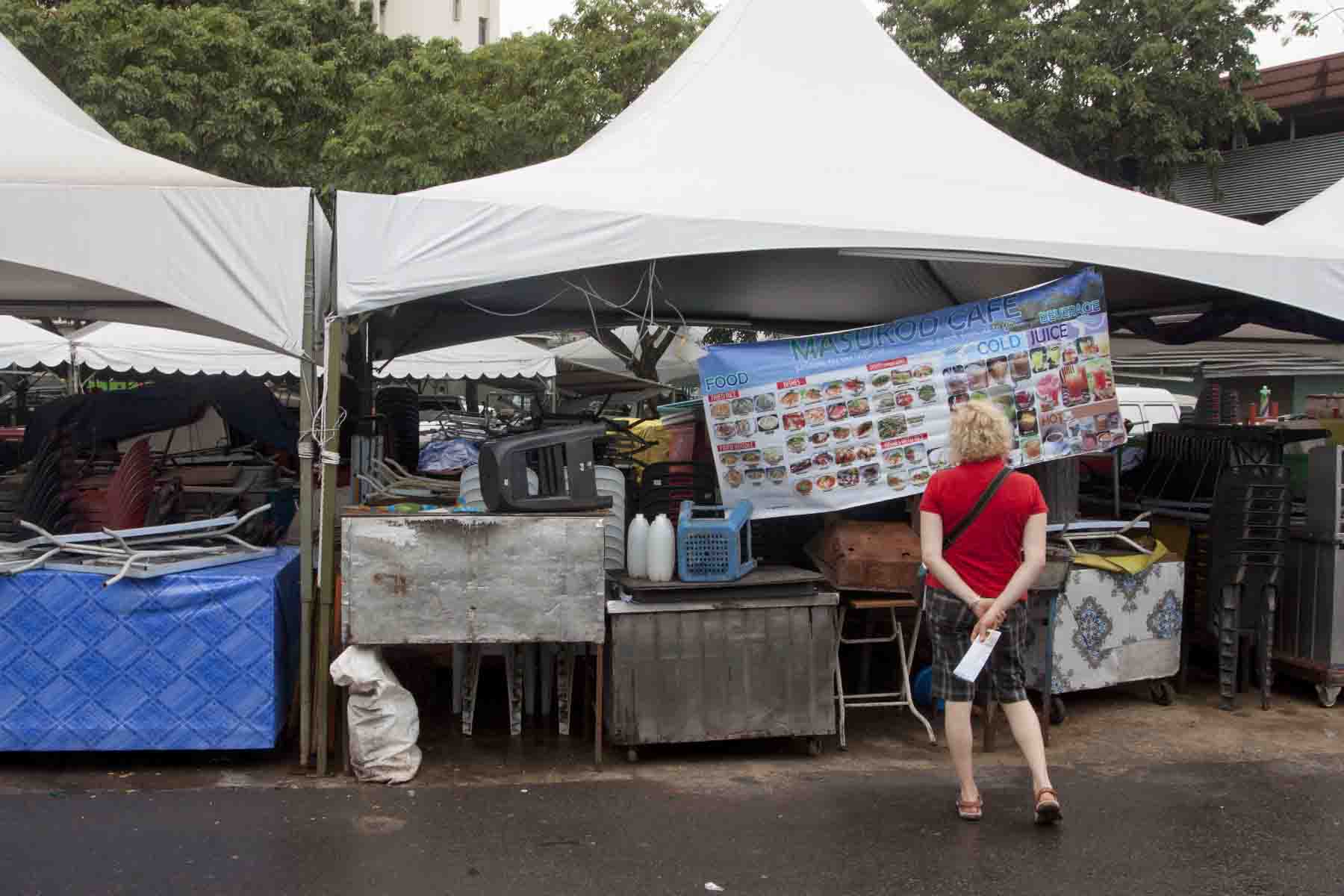 Hmmm…what to have for dinner tonight? 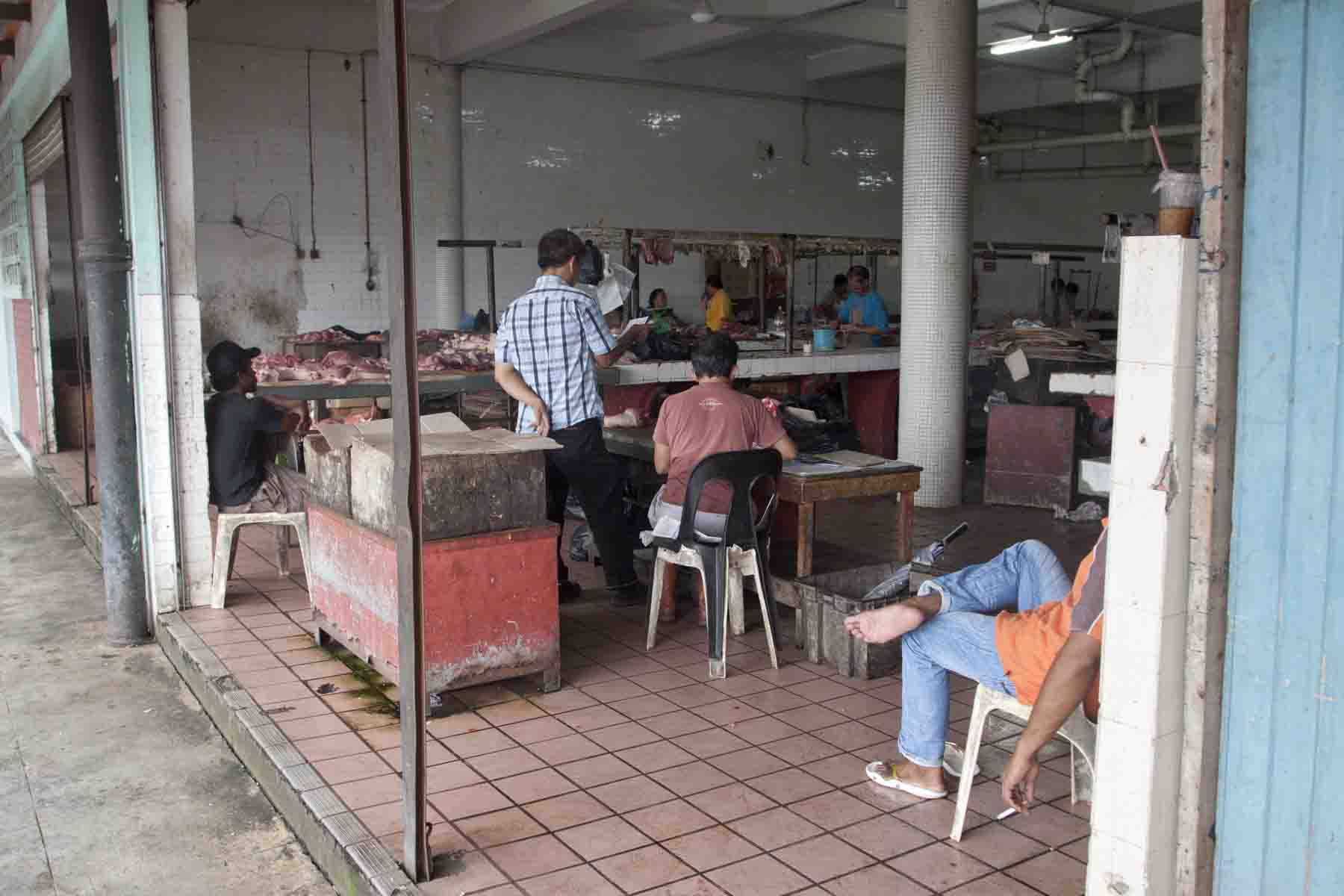 The following day was spent orienting ourselves in the state’s capital, even though our stay was to be a brief one. We checked out the brand new shopping centre, which is quite huge, but most of the shops are still empty – presumably because it is so new, not because they have already gone bust! We consulted our trusty Rough Guide Malaysia for ideas for lunch and found Jothy’s Banana Leaf curry place – had a full meal and beers for $9 AUD total. 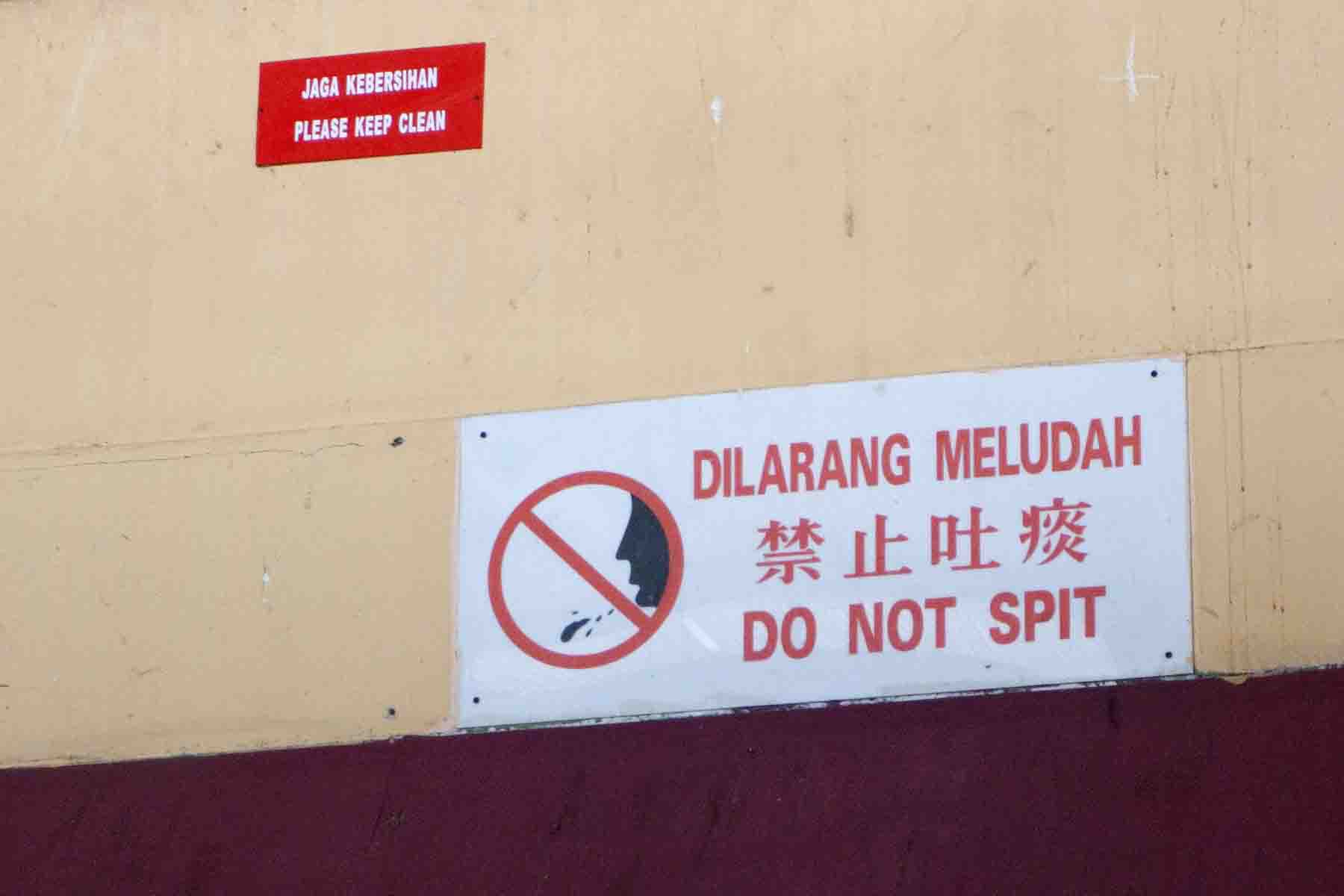 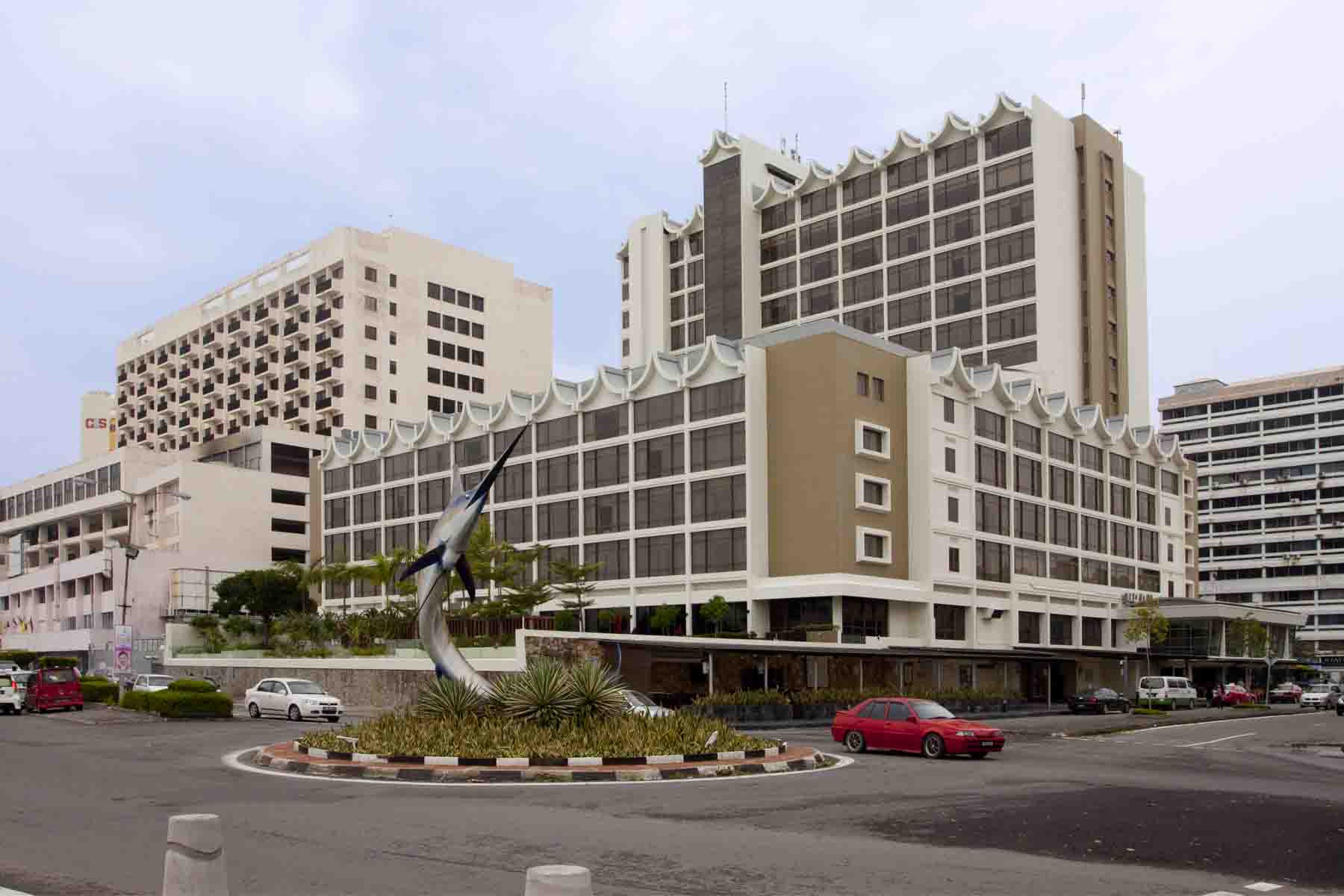 The Hyatt of KK 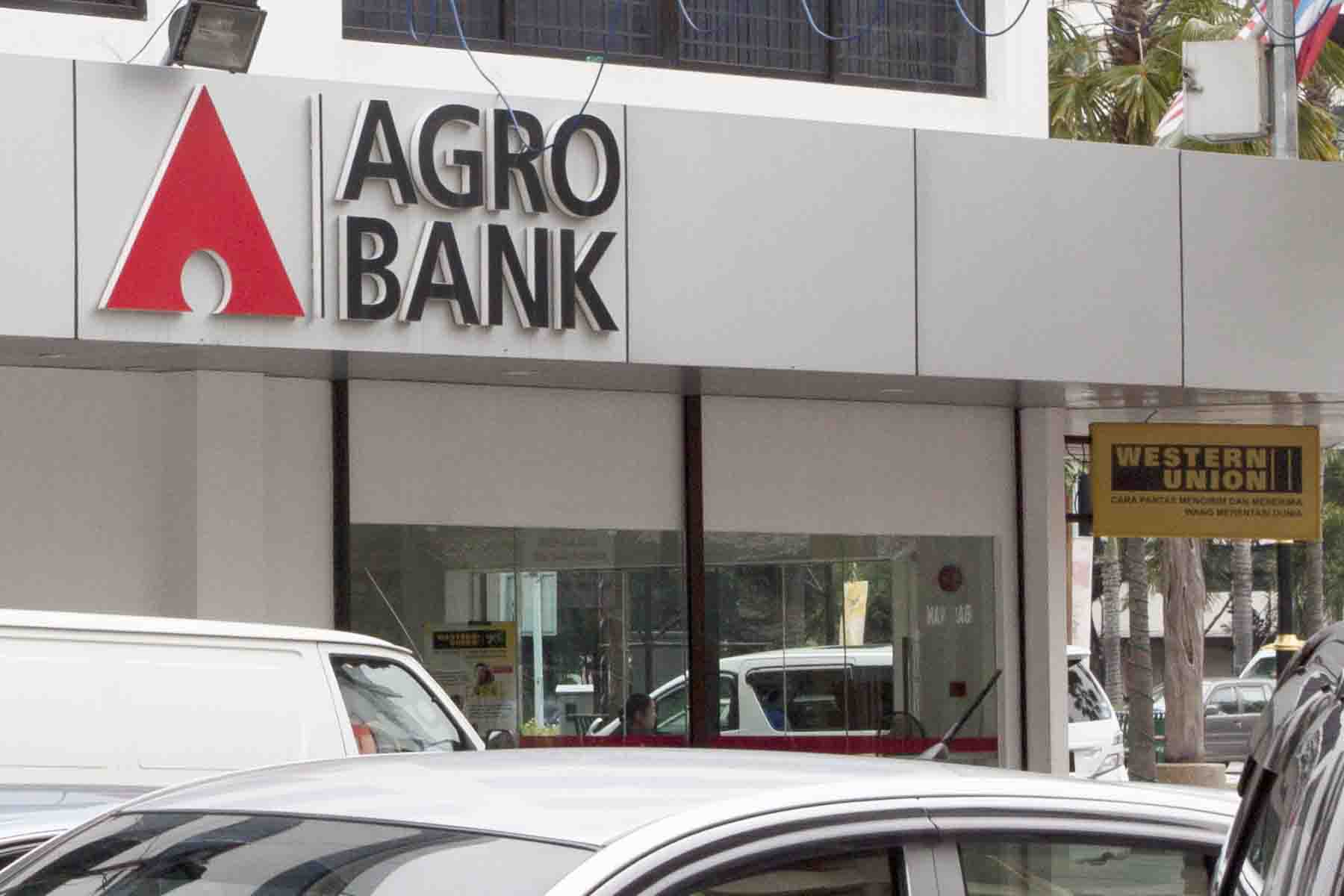 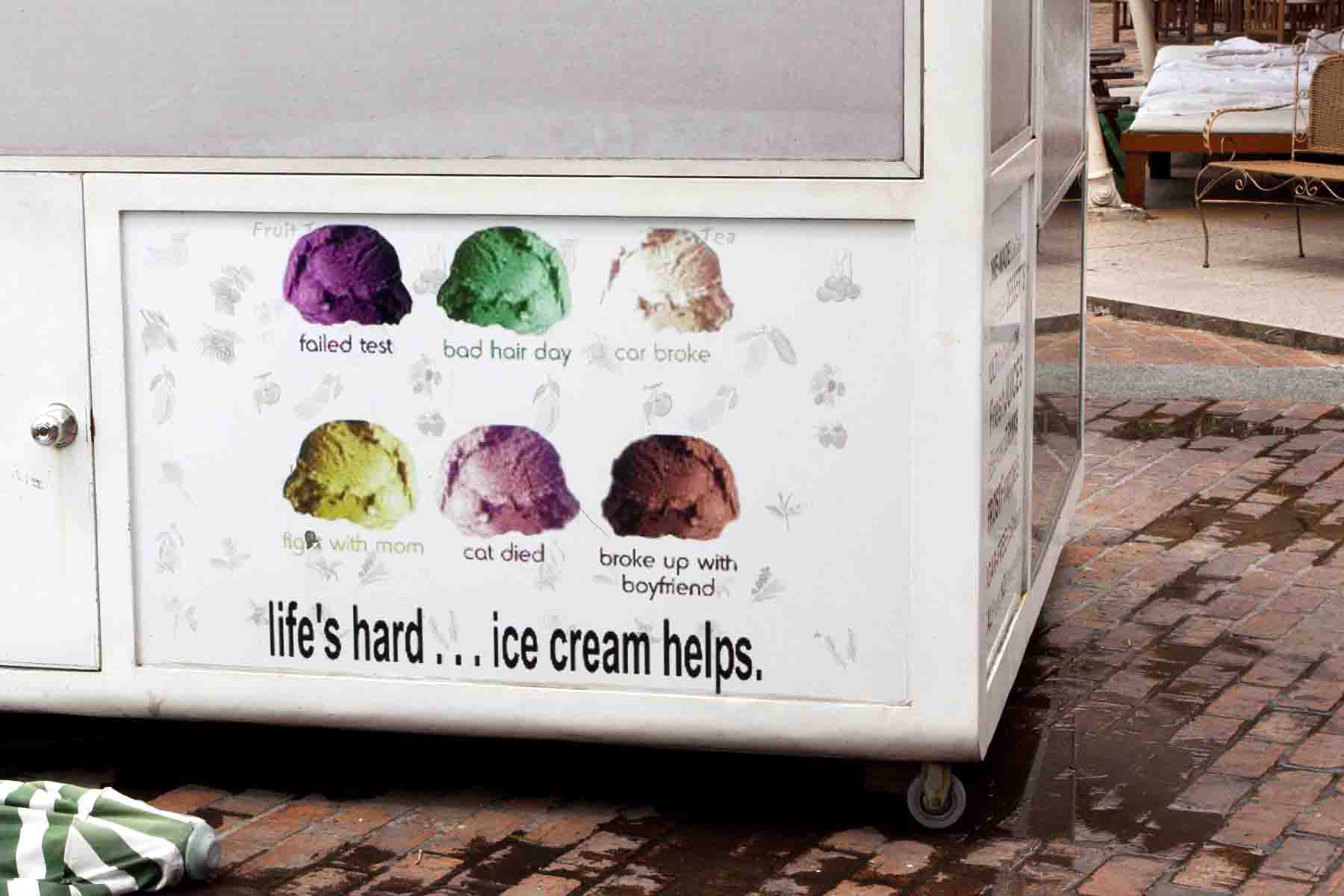 Now, THESE are ice-cream flavours!

A bit more wandering ensued, but we had to have the occasional rest for John’s foot, which, naturally led us to the Hyatt for a bottle of champagne and some nuts. Nothing like a bottle of French champagne accompanied by some cheap snacks and reading books in a posh hotel, pretending that you are staying there!! The waiter must have liked the cut of our jib, because all of a sudden a cheese plate and crackers landed on our table with the only explanation being that, “a bottle of champagne is wasted without cheese” – we liked him (and he didn’t charge us for the cheese and snacks! – but we made sure his boss knew how much we appreciated his “initiative and intuition”).

Atrium of the Hyatt 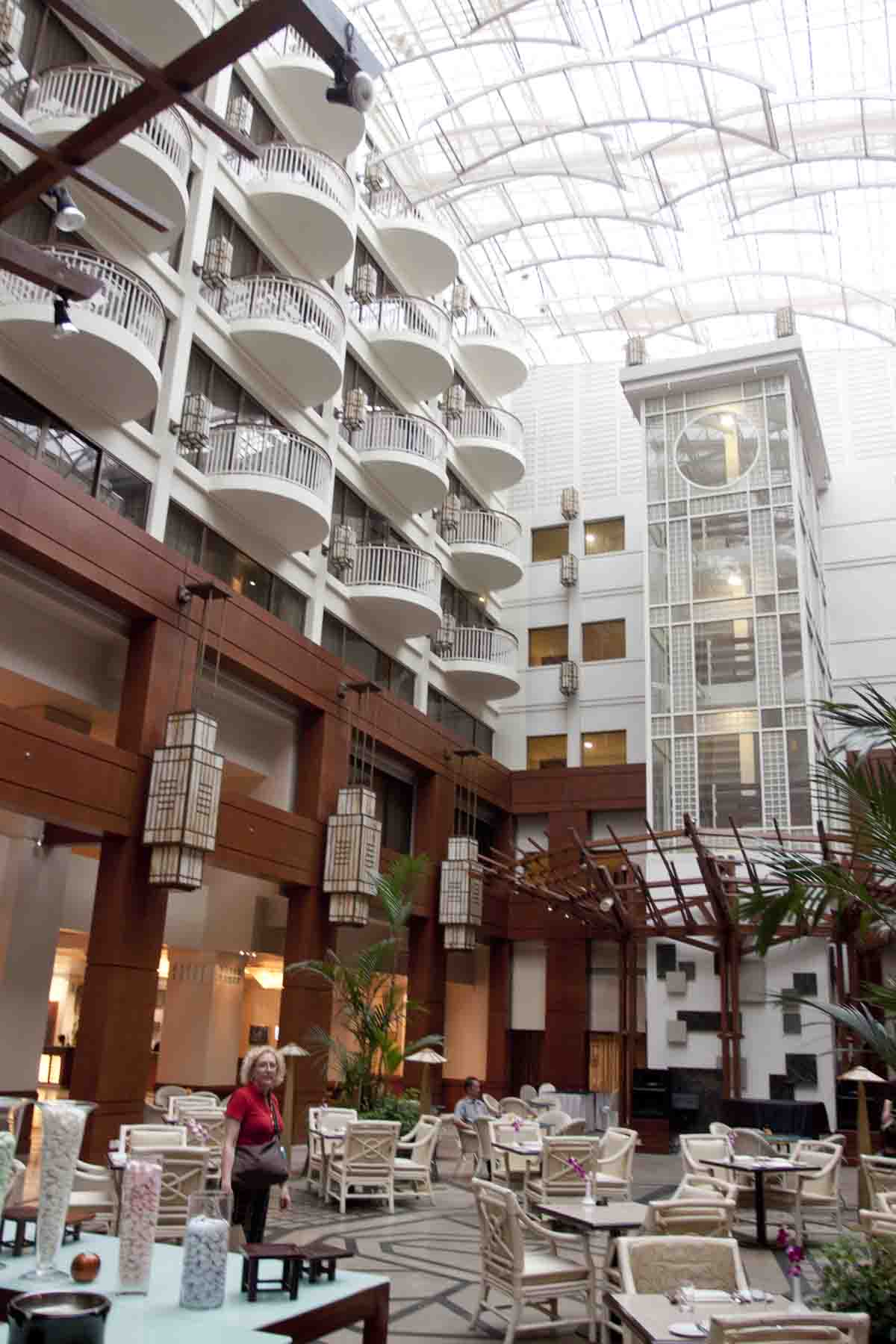 The Piper Heidrick that saves our parched throats 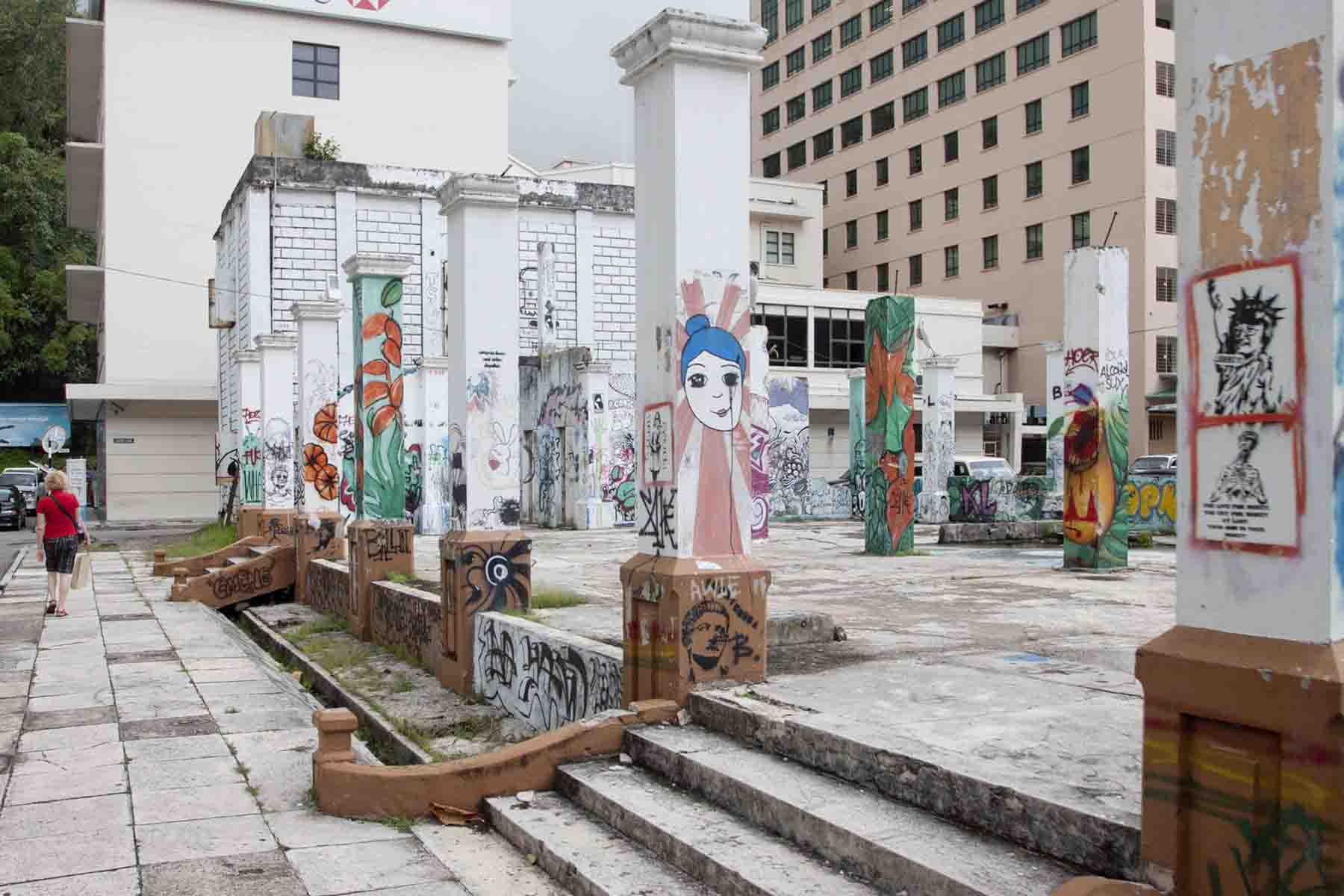 The evening was spent wandering through the jostling, smouldering and, in some instances, smelly, night markets. There were hundreds of stalls with fires burning and fish grilling and hawkers trying to sell their wares. Smoking seafood was not all that was on offer – there were plenty of raw ingredients, too; fruits, vegetables, and a plethora of dead things waiting to be taken home and cooked for dinner. As tempting as the many BBQs were, we were still a tad full from our bubbles and cheese, so we continued walking back to our hotel for an early night in preparation for a 7am flight the next day, on to Sandakan. 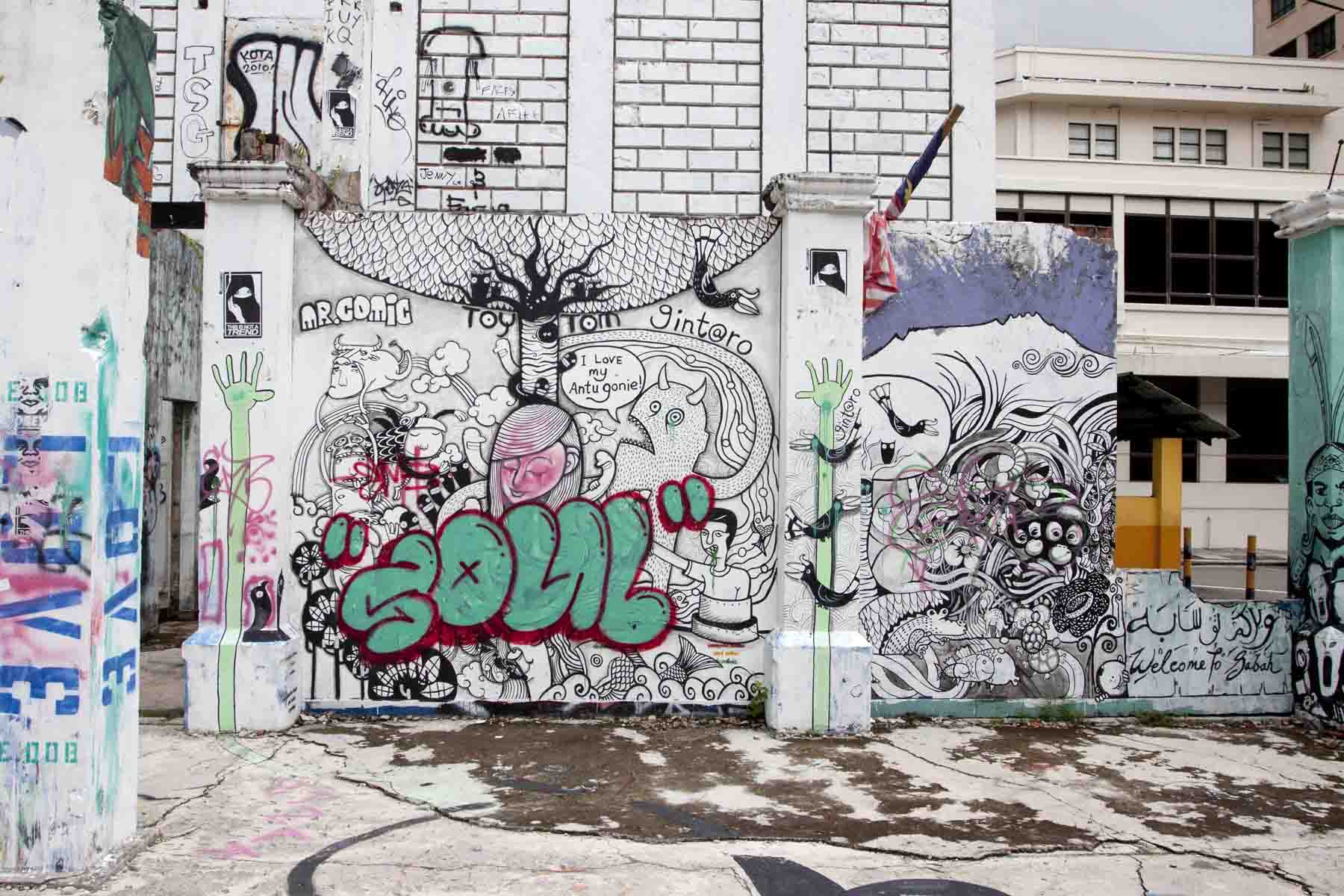 …And a closer look 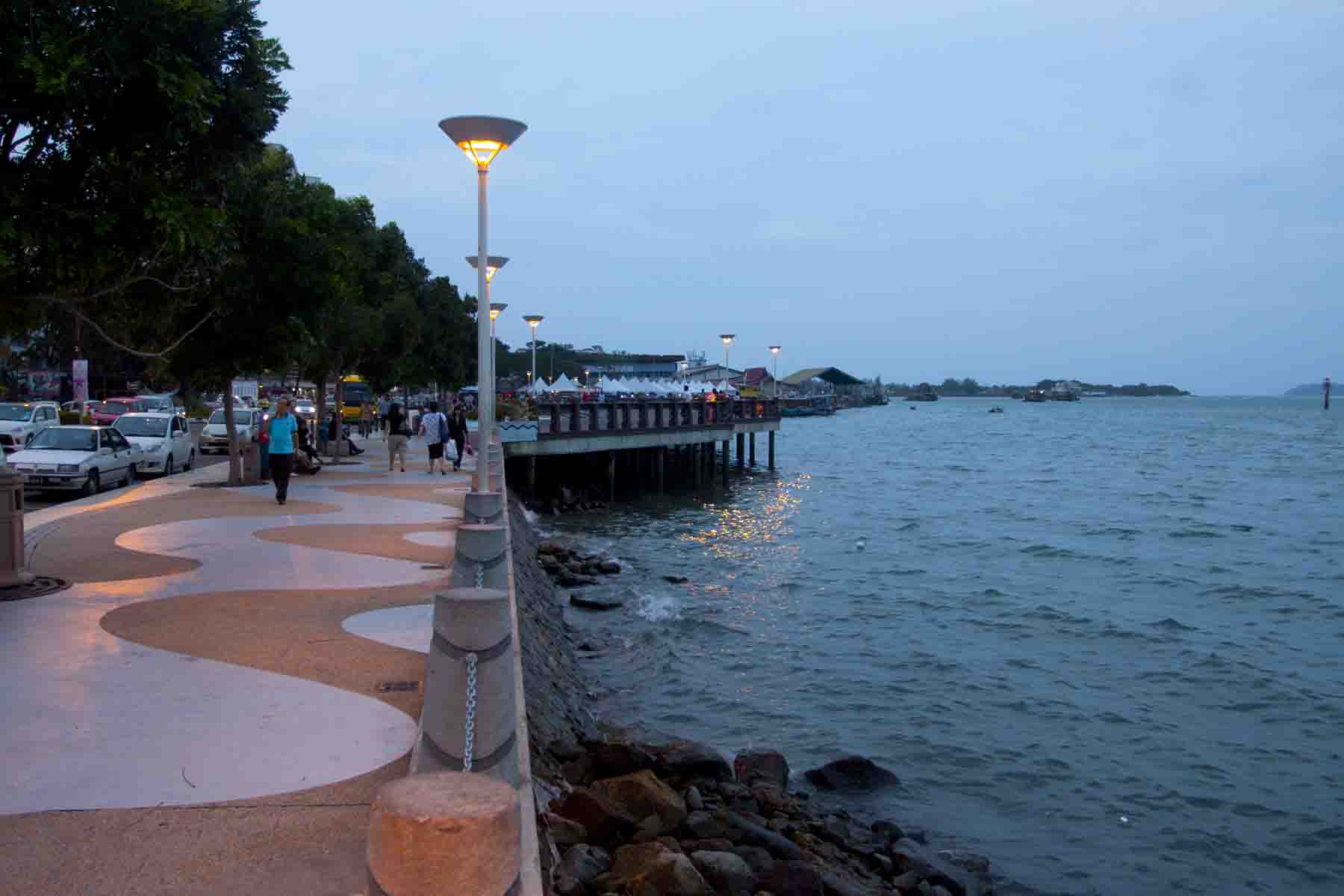 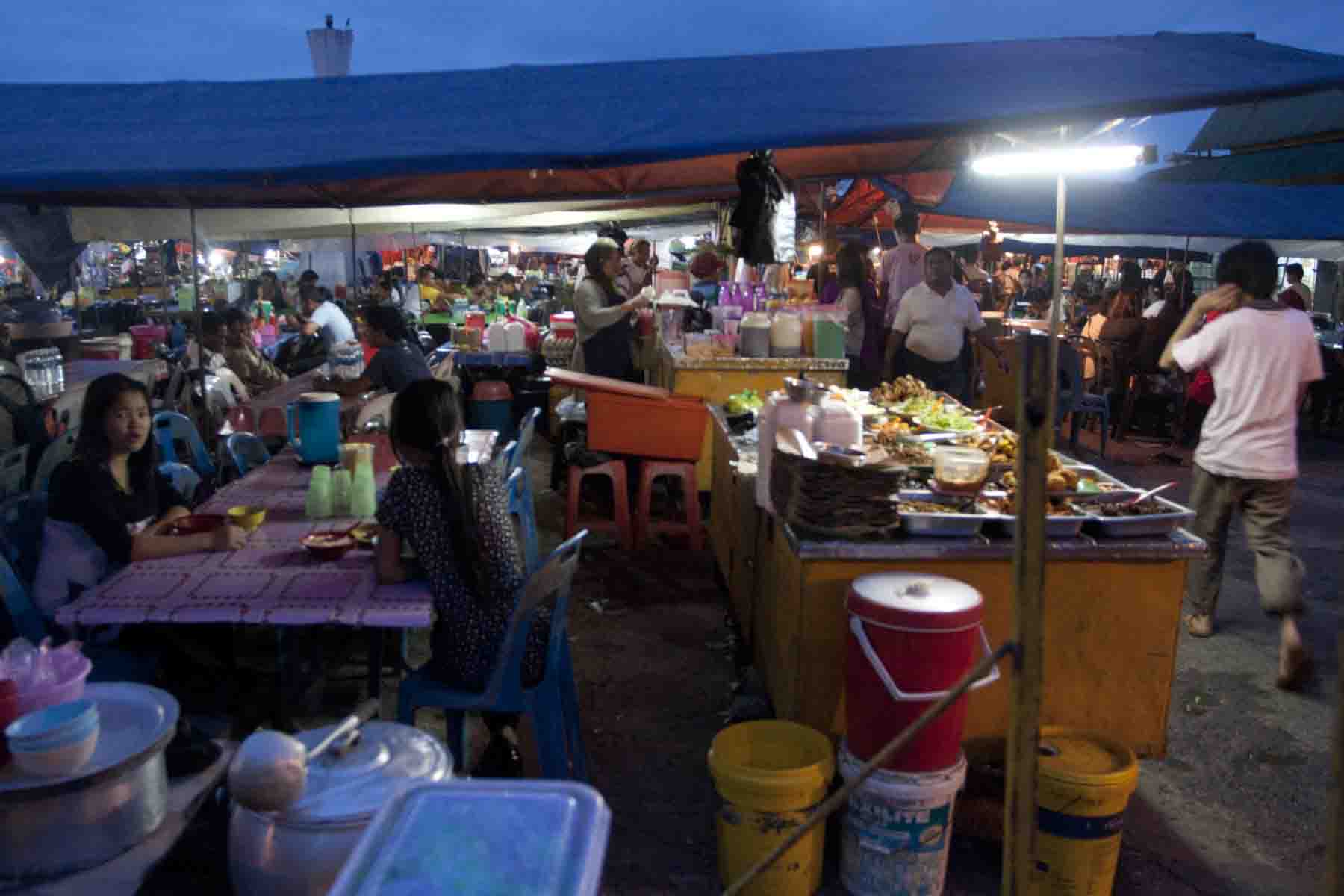 Loving the baskets of chillis

Sandakan is a very interesting city, but not necessarily for all the right reasons. The city that exists now grew from the debris left by the Japanese in WWII, and is basically a grid of dirty and dilapidated 1950s cement buildings, paint peeling and covered in washing lines. The drains are very ‘on the nose,’ and there is rubbish everywhere. It doesn’t sound very enticing, but it is an interesting town, with the 40% Chinese population clearly displayed in the shop names and owners. While it used to be the capital of Sabah, its main function now appears to be as a gateway to the jungles of Borneo and all that they offer. 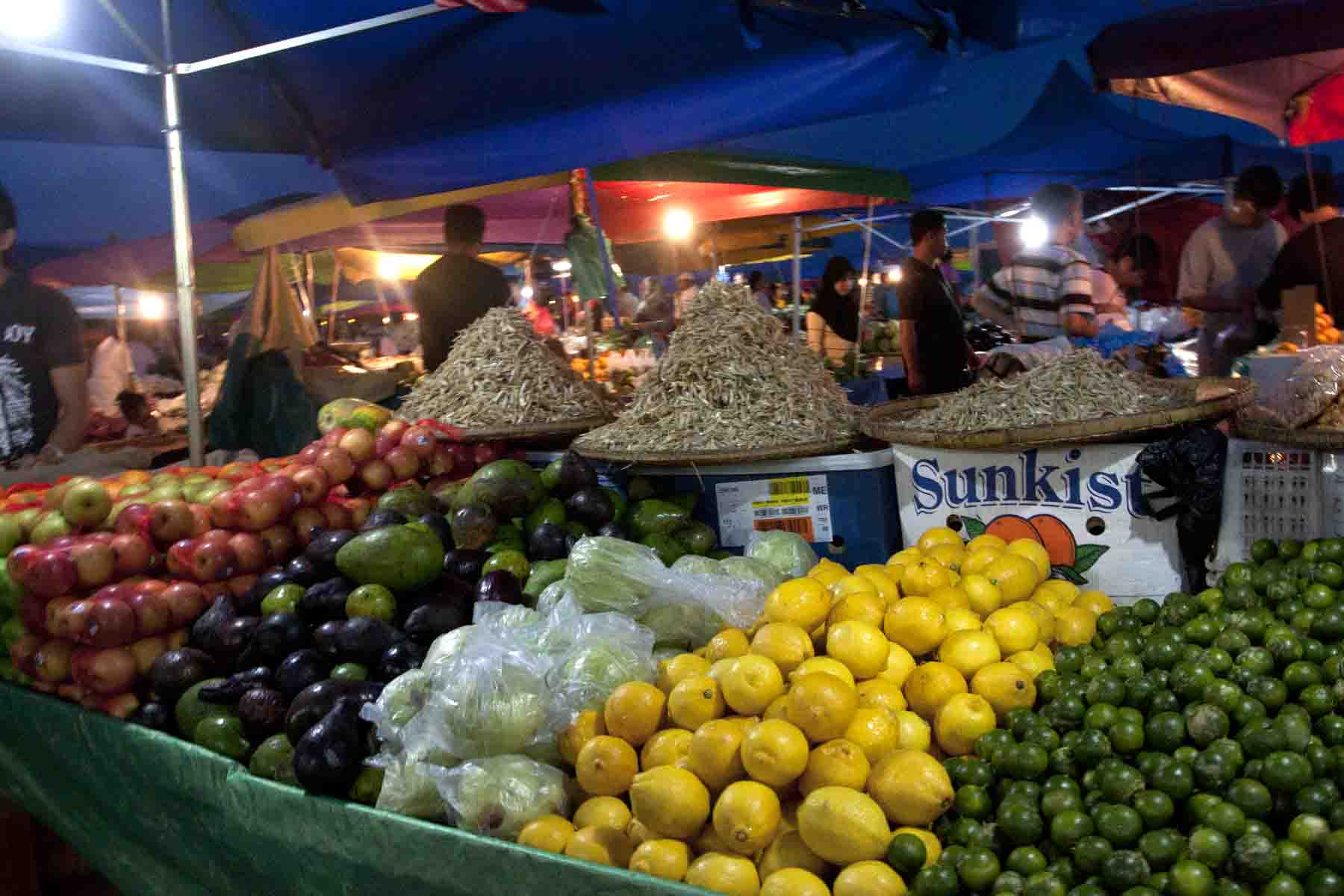 The pale pyramids are dried anchovies 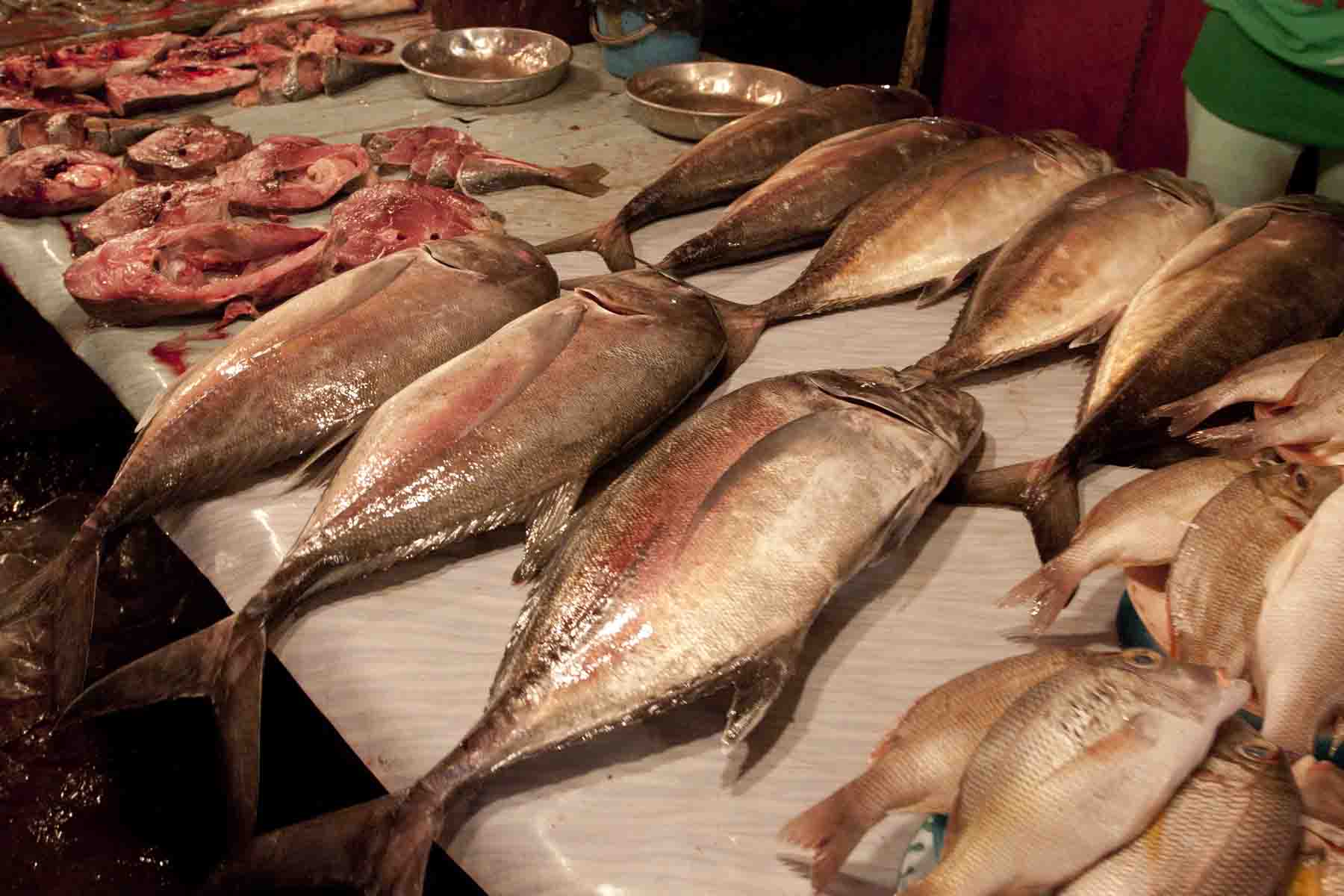 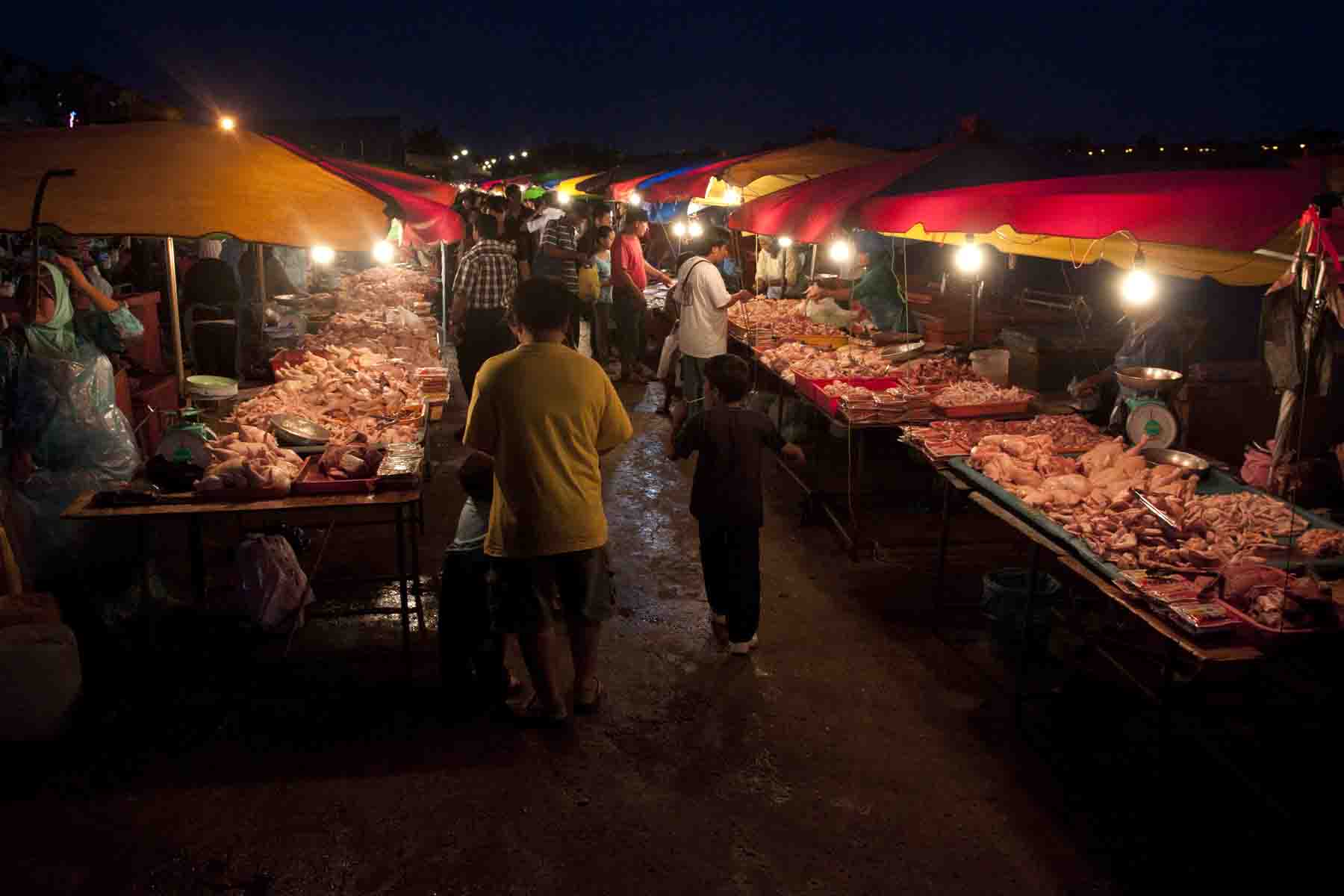 More dead animal than you could poke a stick at!

The English Teahouse in Sandakan

We had selected the Swiss Inn Waterfront Hotel, which sounded excellent, but really was pretty average. Due to our early flight, we were too early to check in, so we dropped our bags at the hotel and went looking for breakfast. We tentatively entered the Central Market – which had a wet market along with other stores selling a variety of goods on the ground floor, and a hawkers’ food hall on the next floor. We strolled through this area checking out our options and smiling at the gentle, rather than hard, sell of those serving (often teenagers), and settled on a place with lots of veggie options, sharing a plate of rice and 3 serves of greens – 3 ringgit ($1 AUD) for a very filling and tasty brekky. Not bad, in fact, bloody good when compared with the rubbish coffee John later purchased at the hotel café for 5.80 ringgit! 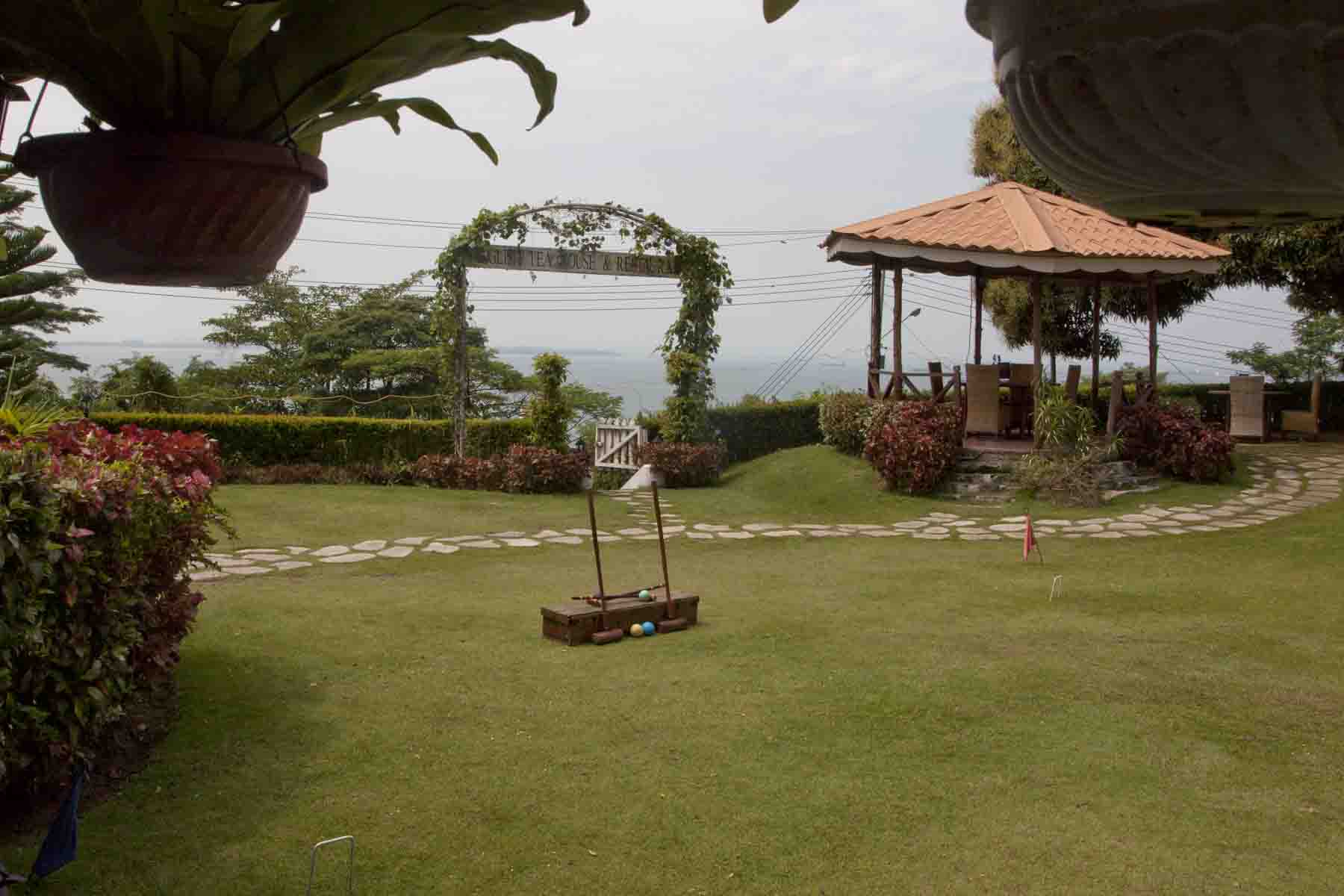 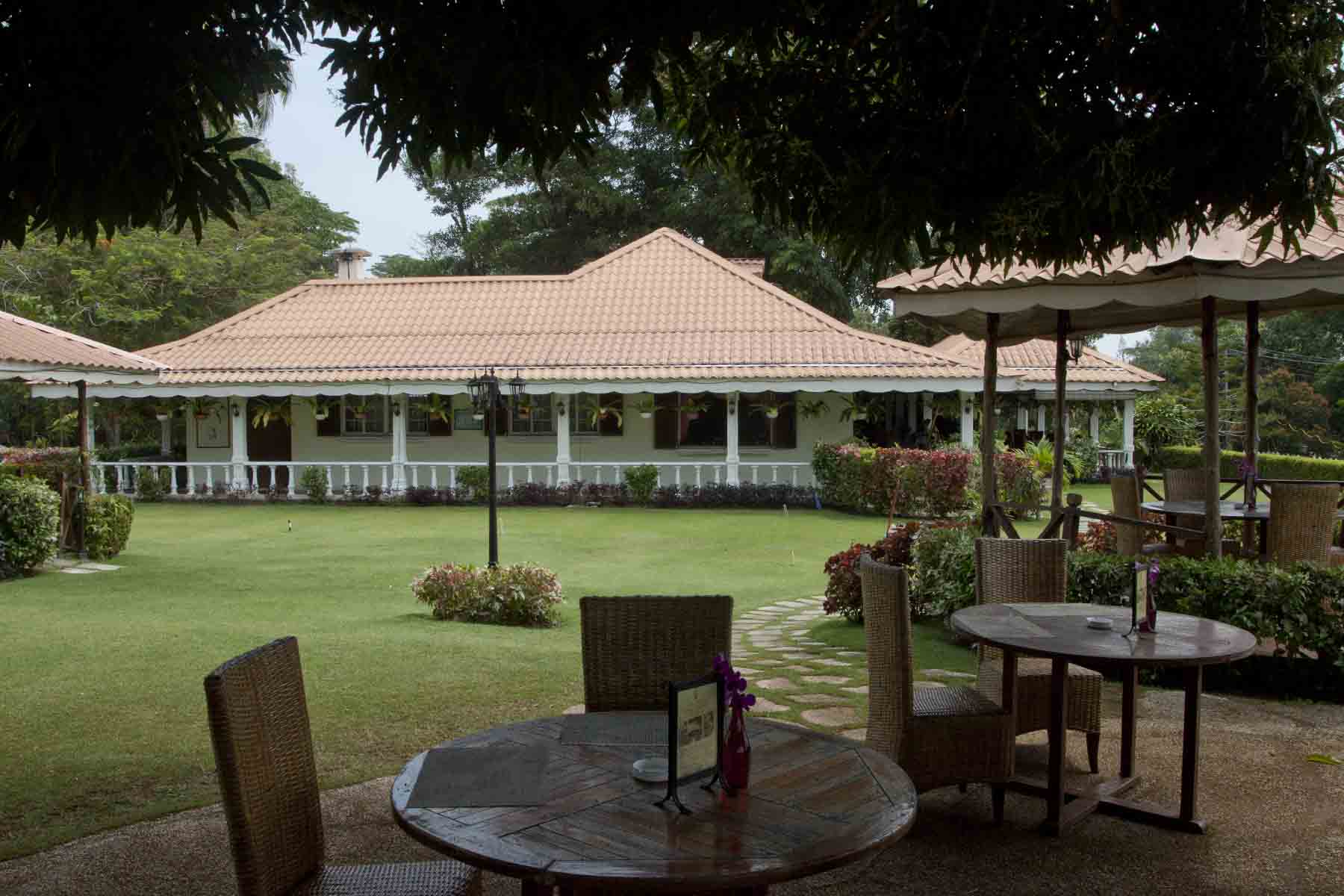 Tea under the trees is so civilised!

We took a taxi to the English Tea Room that sits high overlooking the town and offers a manicured lawn for croquet and many traditionally English snacks, including high tea (at any time of the day). Nic was excited by the ability to purchase carbonated mineral water here – we haven’t seen much of this in Malaysia. We sat reading throughout the humid morning in the picturesque gazebo as Ella and Louis drifted through the speakers nearby (the ‘drifting’ sometimes turned to ‘blasting,’ as though someone had slipped playing with the volume knob, and then quickly corrected themself). Made a nice change from Adele – we both love this singer, but seriously, we have not managed to enter one shopping mall or airport or taxi without hearing her voice. Am very impressed by the way she has cross-culture-fertilised! 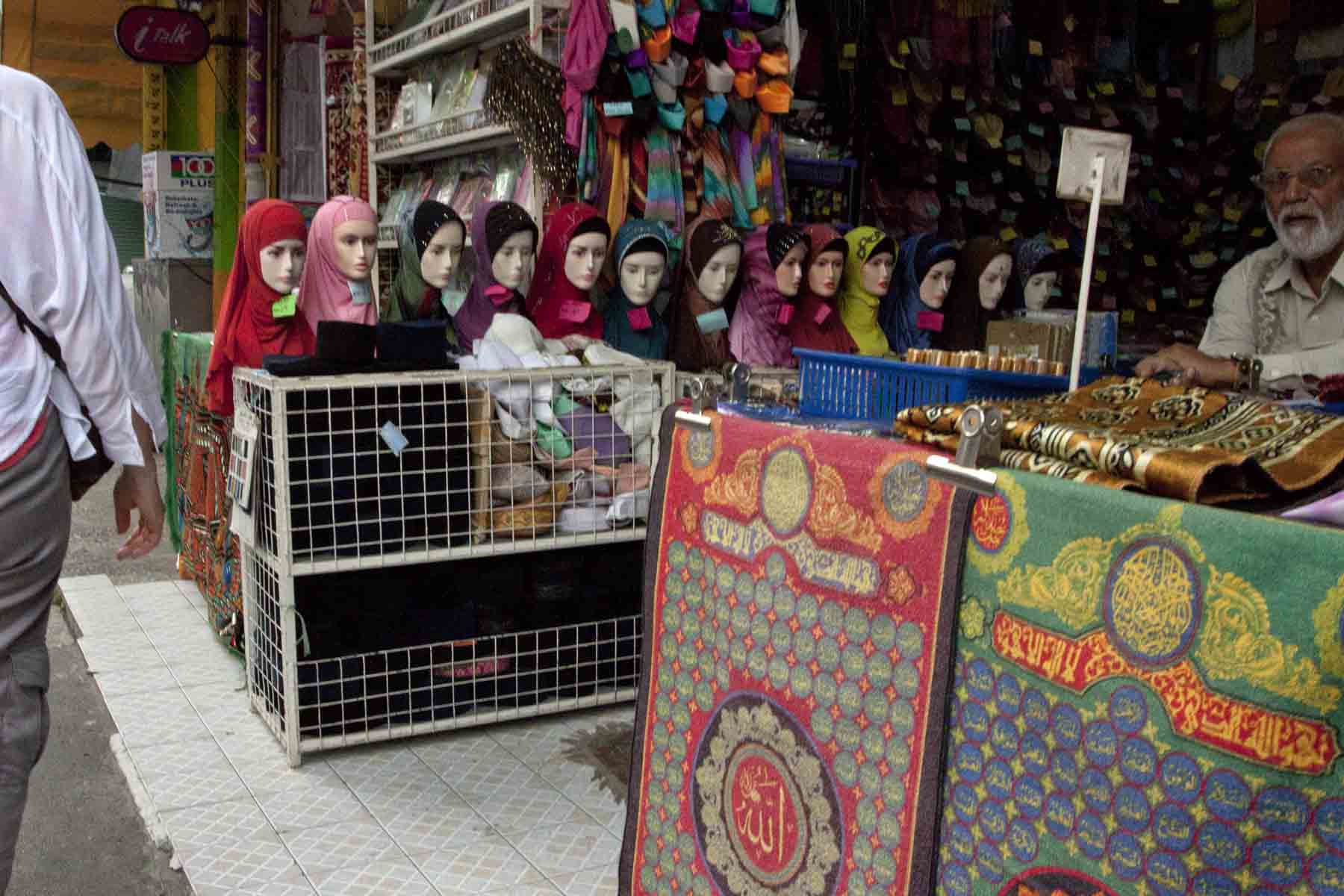 One of the many scarf and knick-knack shops in Sandakan 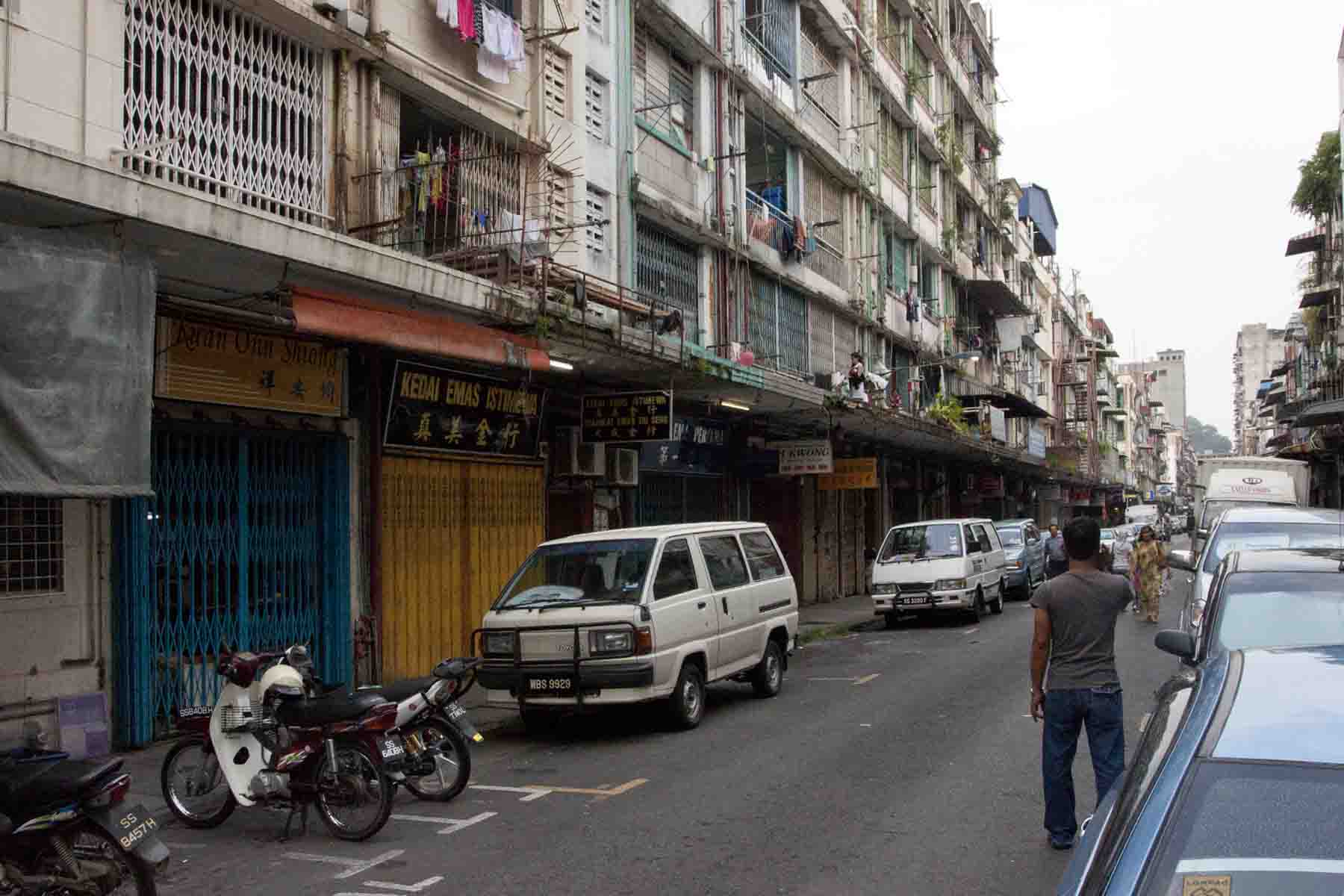 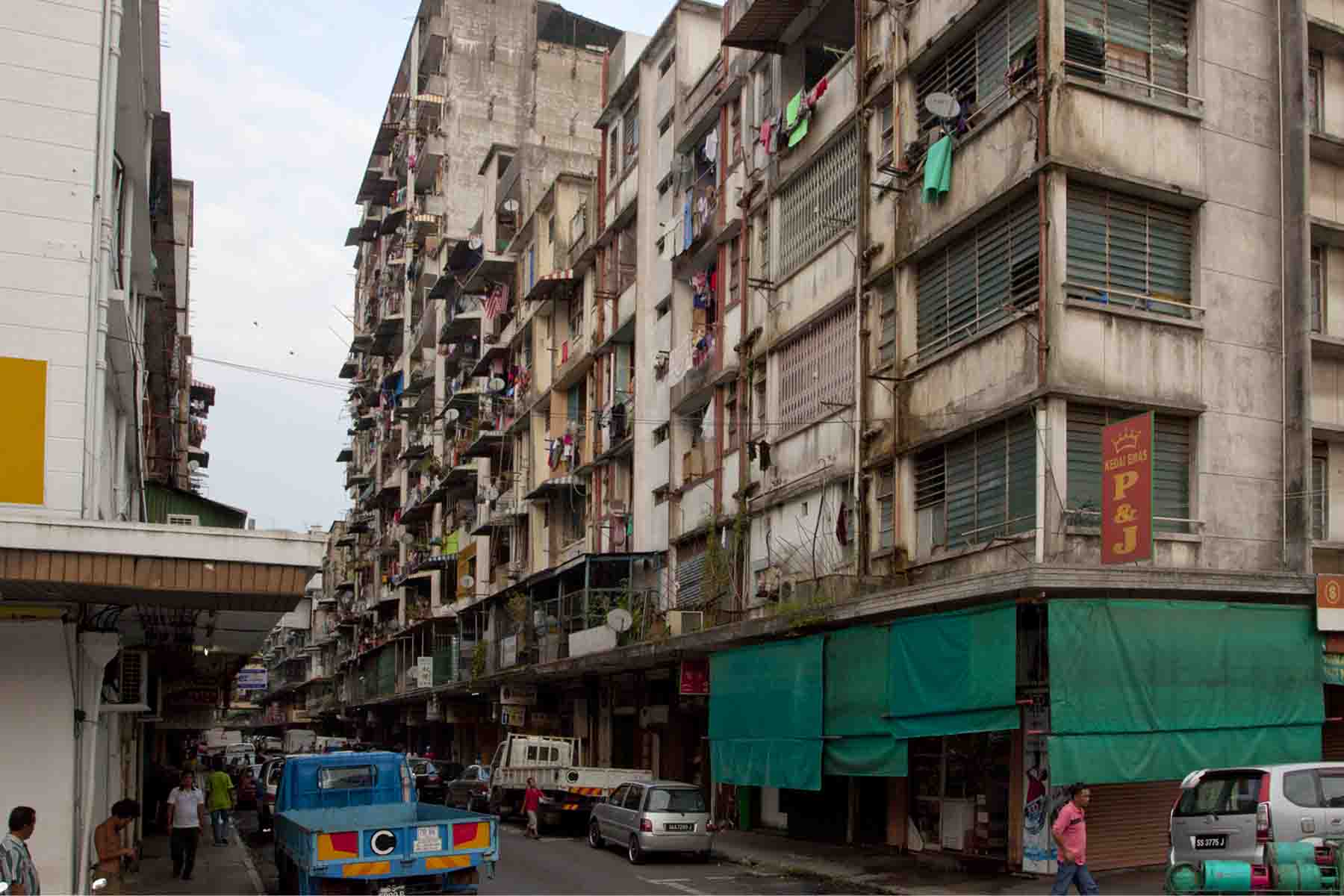 Dinner was an informal affair – take-away in front of the telly watching Maid in Manhattan going “awww” whenever Natasha Richardson appeared (still feel bad for Liam Neeson!). Another early morning ahead, and John feeling a little under the weather meant for a lack of motivation for anything else. And besides, it didn’t really appear to be a happening town…that is until we went to bed, and the universal “doof-doof” and laughter/chatter of the waterfront restaurants was combined with the less universal construction site noises from the Sheraton growing next door. Construction work appears to go at a cracking pace after dark in Asia.