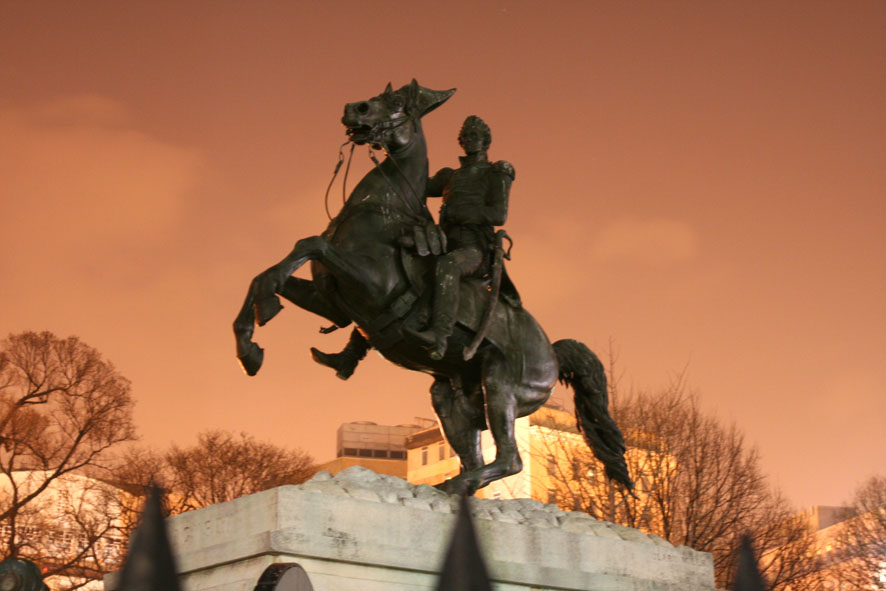 Lafayette Park on the way to the White House

Arrived in the afternoon and spent the evening getting used to the area. We are staying near Dupont Circle which is only a few blocks from the White House. What an amazing looking city. So many monuments all beautifully laid out. John got some gorgeous night shots of and near the White House. 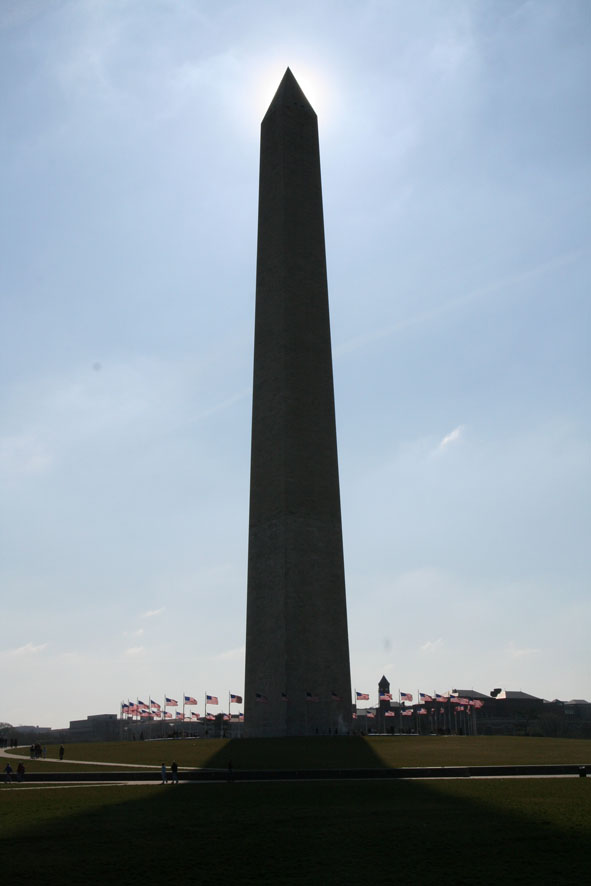 The next day, Sunday, was absolutely glorious in the weather department. There were so many families out and about enjoying their nation’s capital. We took the opportunity to walk around/through the National Mall focusing on Washington Monument, the World War II Memorial, the Pool of Reflection, the Lincoln Memorial, the Vietnam Vets Memorial, and the US Capitol.

The Lincoln Memorial is simply magnificent, the moment made all the more poignant when reading his speeches engraved in marble on the walls. Lincoln himself, perched on his chair like a king, is massive, and the stone, so white. 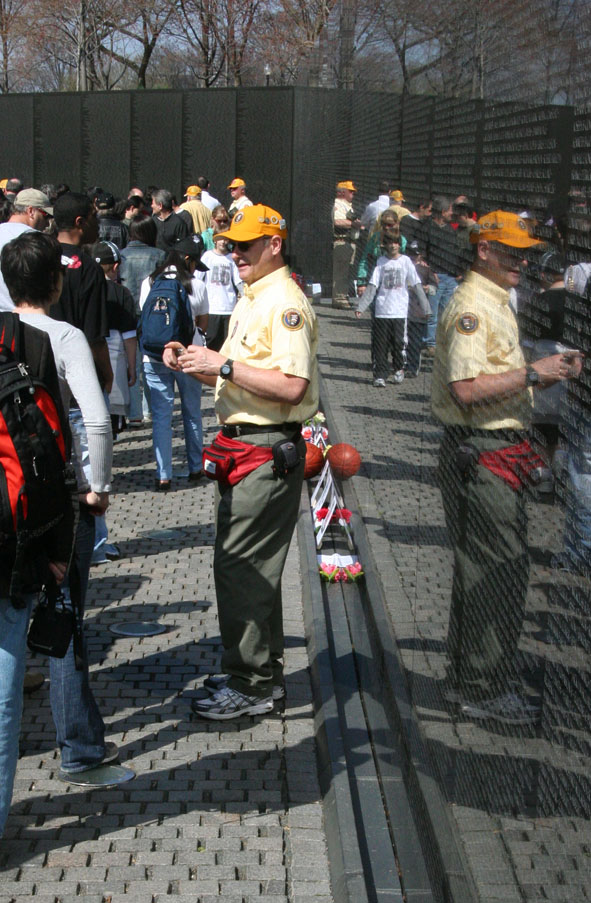 The Vietnams Vet Memorial is stark; simple black marble with far too many names engraved. Such loss. A long, shiny, sad wall of names.
We grabbed lunch at Union Station – another beautiful train station in the tradition of Grand Central in NY, only this one had a cinema complex as well as the usual restaurants, shops and food hall, but most importantly, had a shop that sold Godiva chocolates (we had double chocolate raspberry truffles). 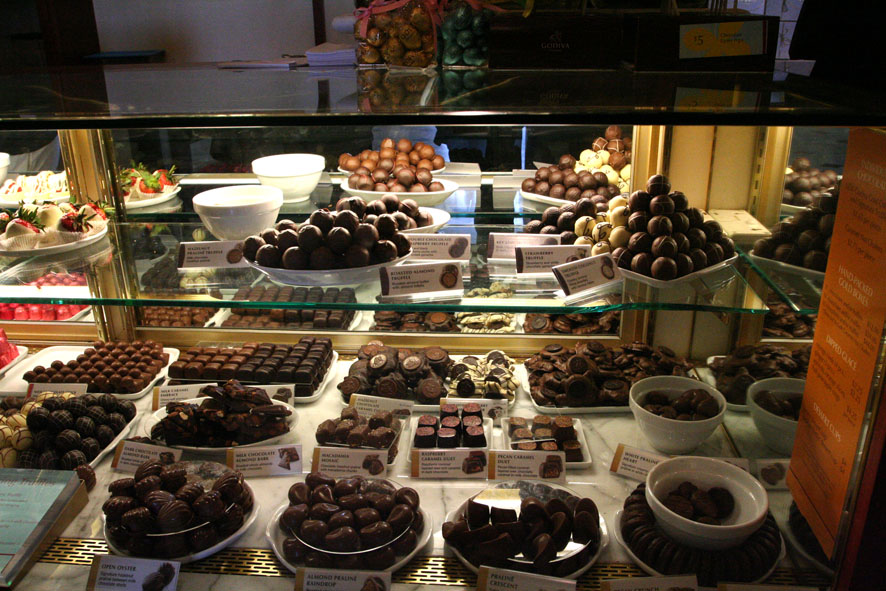 We caught the metro to ‘Waterfront’ where we hung out for three hours waiting for our show to start. Spent the time enjoying coronas in a pier café and writing in our journals. Also managed some snooze time on a park bench (sitting up wearing sunglasses, of course, so not to be mistaken for homeless!) 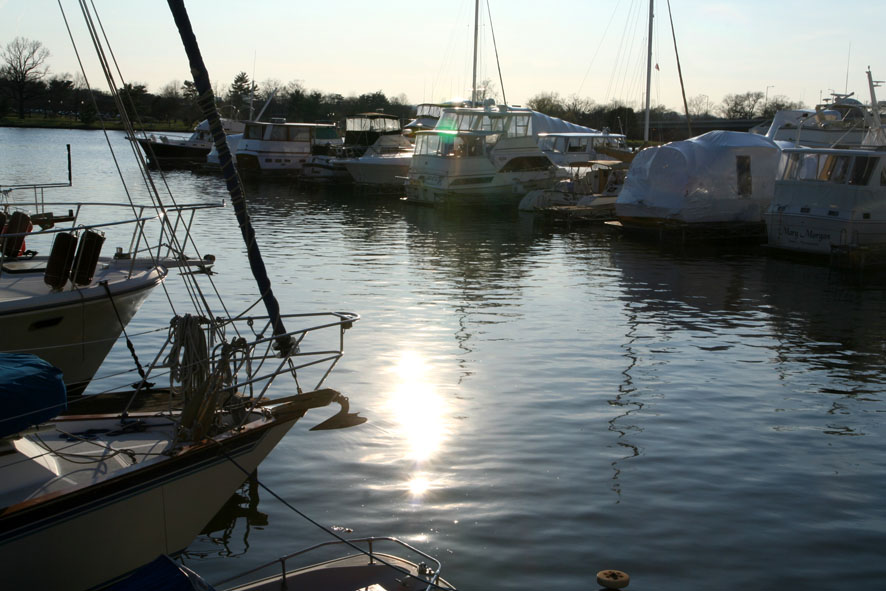 The next day went to the Holocaust Memorial Museum. Very essential, but quite harrowing. There was one photo among the hundreds that was…so heartbreaking – a little 8 year old mentally handicapped boy, naked, terrified, about to be killed.

Change of topic, can’t bare thinking of it. The Hope Diamond is a much prettier (and shallower) subject. Bloody huge rock, very sparkly, nicest bit of bling I think I’ve ever seen. But to be honest, you can’t tell me that any of those stones in the Museum of Natural History are actually real – why would they have gazillions of dollars worth of gems on display with only one security guard? 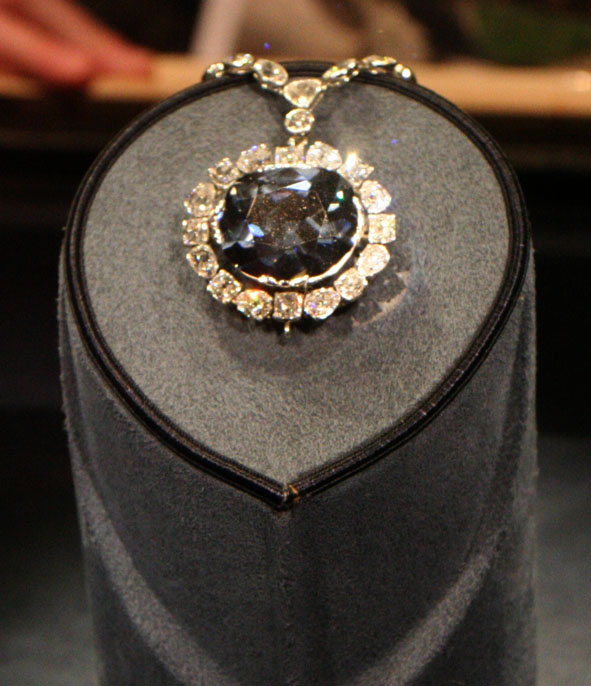 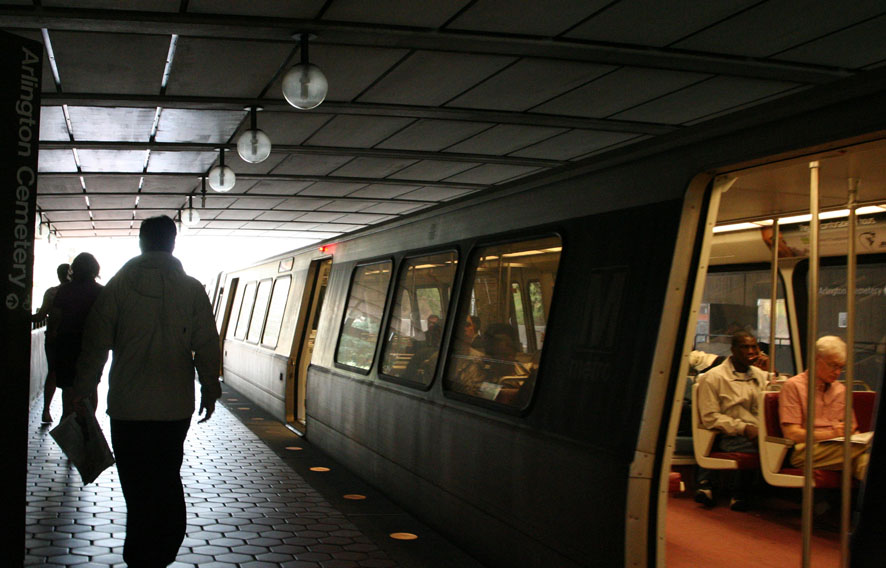 The next day we went to Arlington cemetery. As with every other place we have been to in DC it was crawling with people – everyone out with the first signs of spring doing the tourist thing, including us! 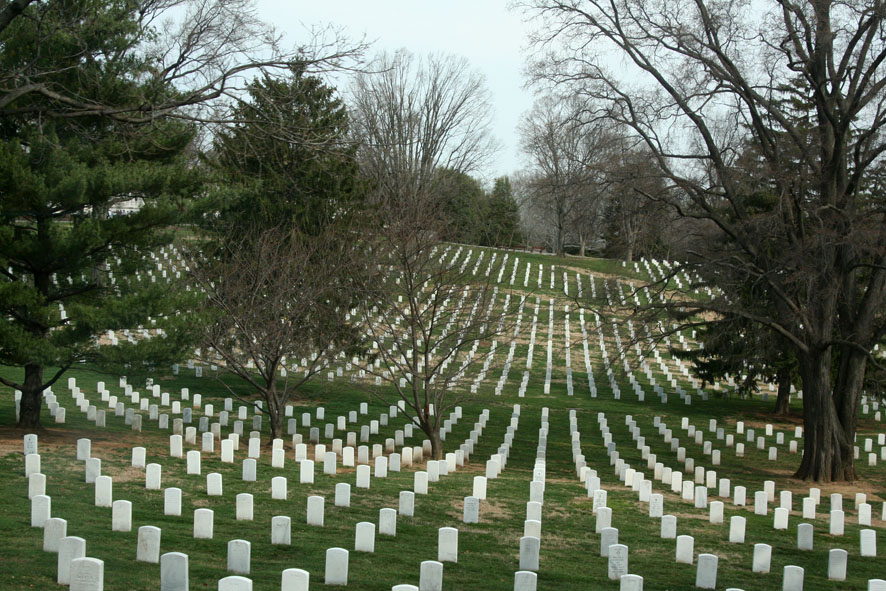 But now it looks empty (you’re only allowed on the roads, no grass or graves) 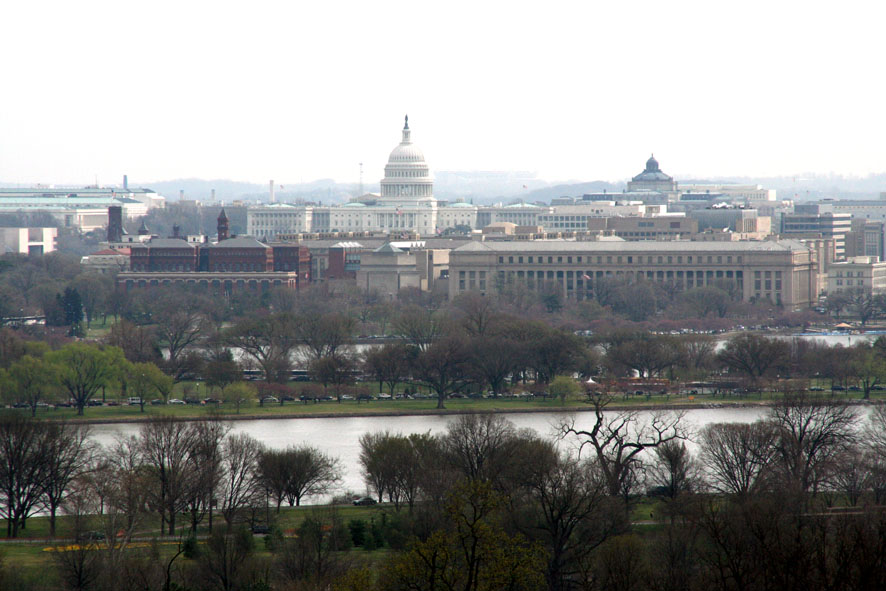 View of DC from Arlington House

Bobby Kennedy’s grave was impressive in its modesty and simplicity – a plain, white wooden cross. The eternal flame for JFK was ….well, eternal. 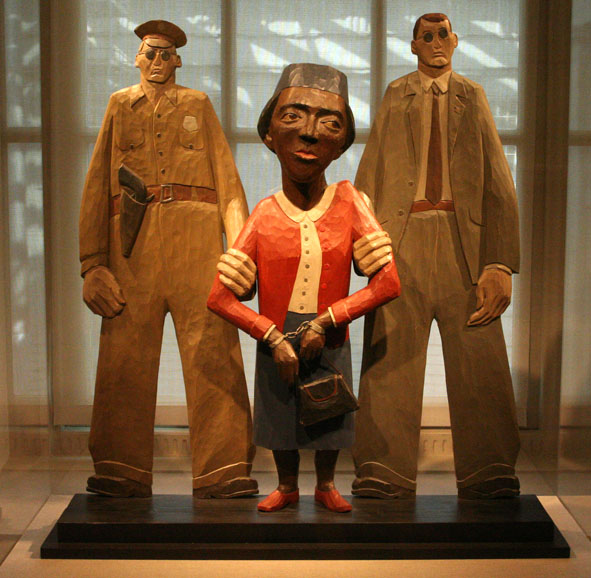 Checked out the National Portrait Gallery before heading back to the Tabard Inn for some phenomenal dessert before having a VERY early night in preparation for our 4:46am shuttle to the airport!! (For the food-aholics like myself, the dessert was a milk chocolate toffee bread pudding, bloody brill!) 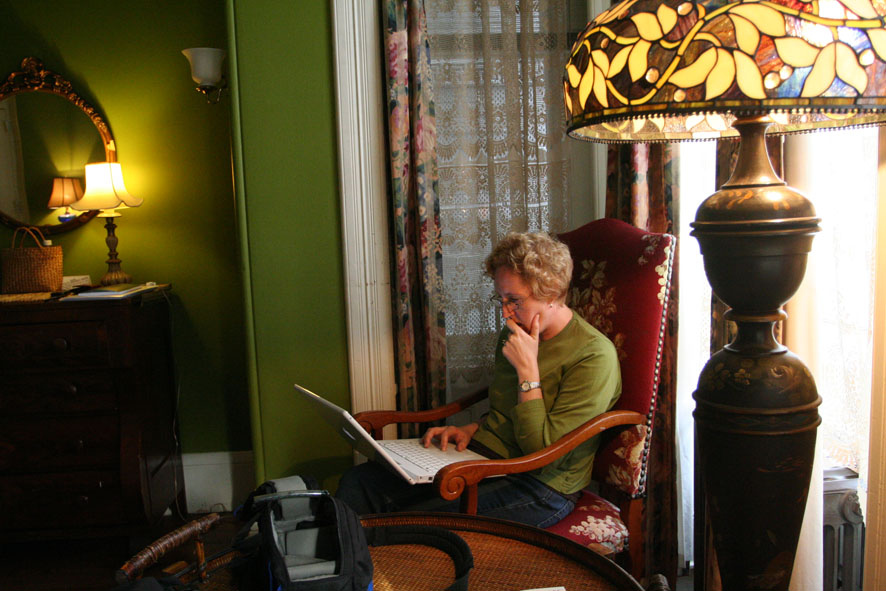