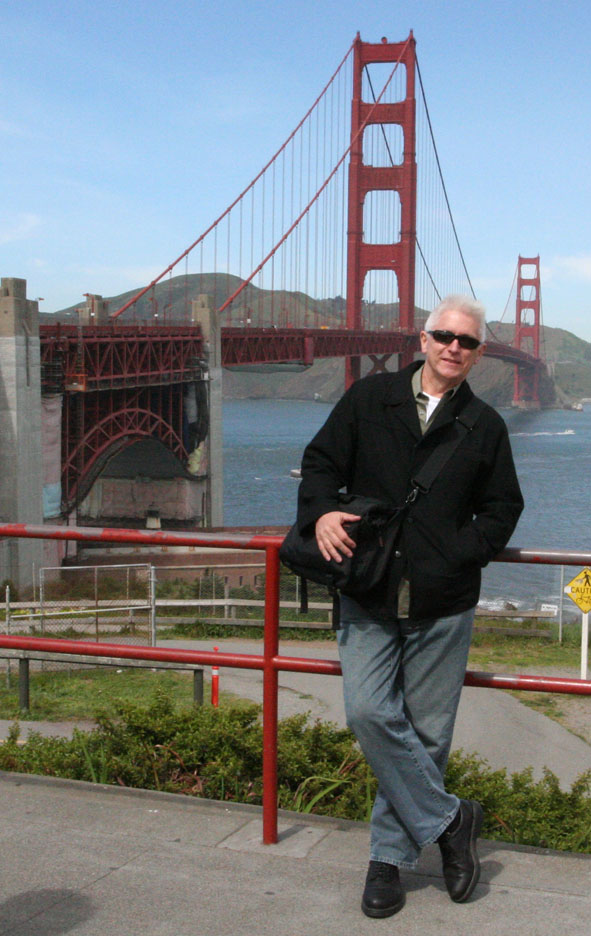 San Francisco is a lively, colourful and friendly place. That was one of the things that struck me about our time there. Someone bumps you on the bus, they apologise, someone needs help with directions, or if they have a disability, strangers are there to help.

Our first night was spent with a ride on a cable car across the city to get an overview of the place. We ended up near Fisherman’s Wharf (SUCH a tourist spot!), but were pleased with the result of hot fudge sundaes in Ghiradelli’s – absolutely divine chocolate.

Next day tried our luck with an Alcatraz tour, but they were booked out for the whole morning, so we bought tix for the next day. Instead did some things not in the centre of town – went to Golden Gate Park to check out the Conservatory, Japanese tea gardens and the De Young Museum. Managed to do the first thing, and was put off the others by our brief time in the museum cafeteria trying to get some soup. Spent a lot of the day trying to come to terms with the public transport system (main delay with that was not having a thorough transit map/timetable). 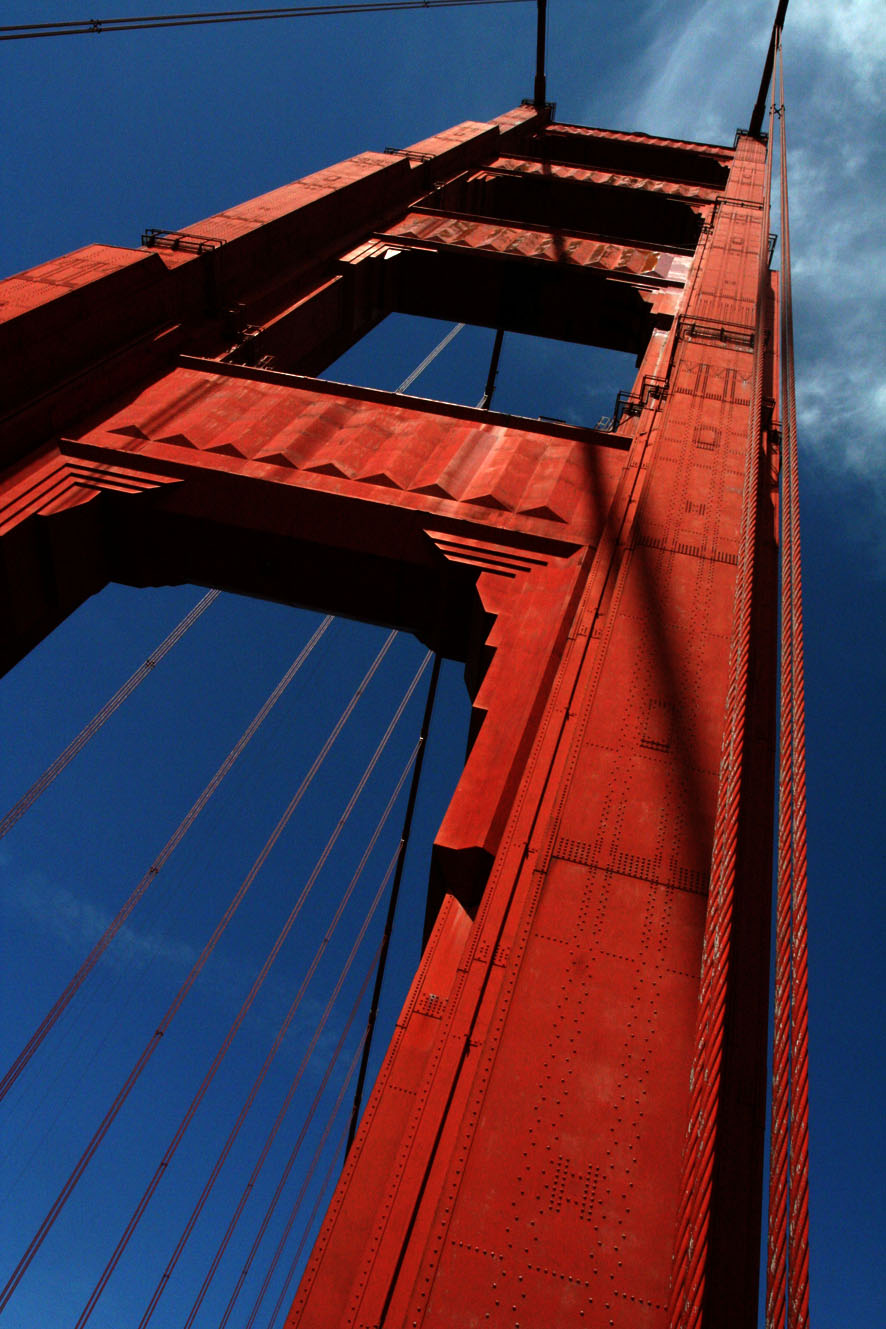 The bridge is obviously ready for its close-up!

Ended up pulling the plug on that and catching the MUNI bus (which took FOREVER to come) to the Golden Gate Bridge. Walked nearly half way across, got some photos and decided to go back. The evening was spent at the restaurant ‘Asia sf’ where the waitresses and the act were drag queens. Very pretty trannies, but not the best drag acts, still, a lot of fun. 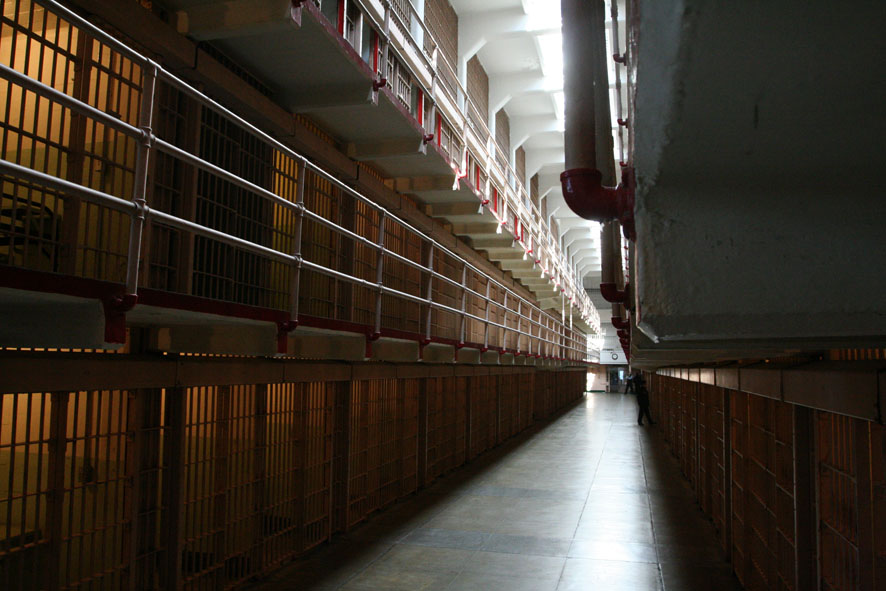 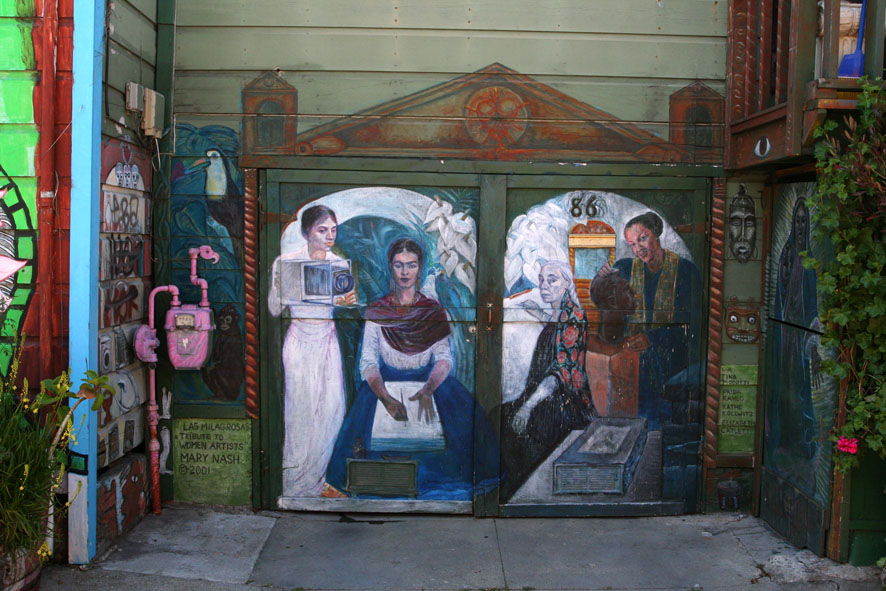 Got the Alcatraz tour done the next day which was fascinating – audio tour was very interesting with narration by ex-guards and inmates. Popped over to the Mission district for some great Mexican and some photos of an alley of murals. Also checked out the section of Victorian houses known as ‘the painted ladies’ famous from many films and TV shows. 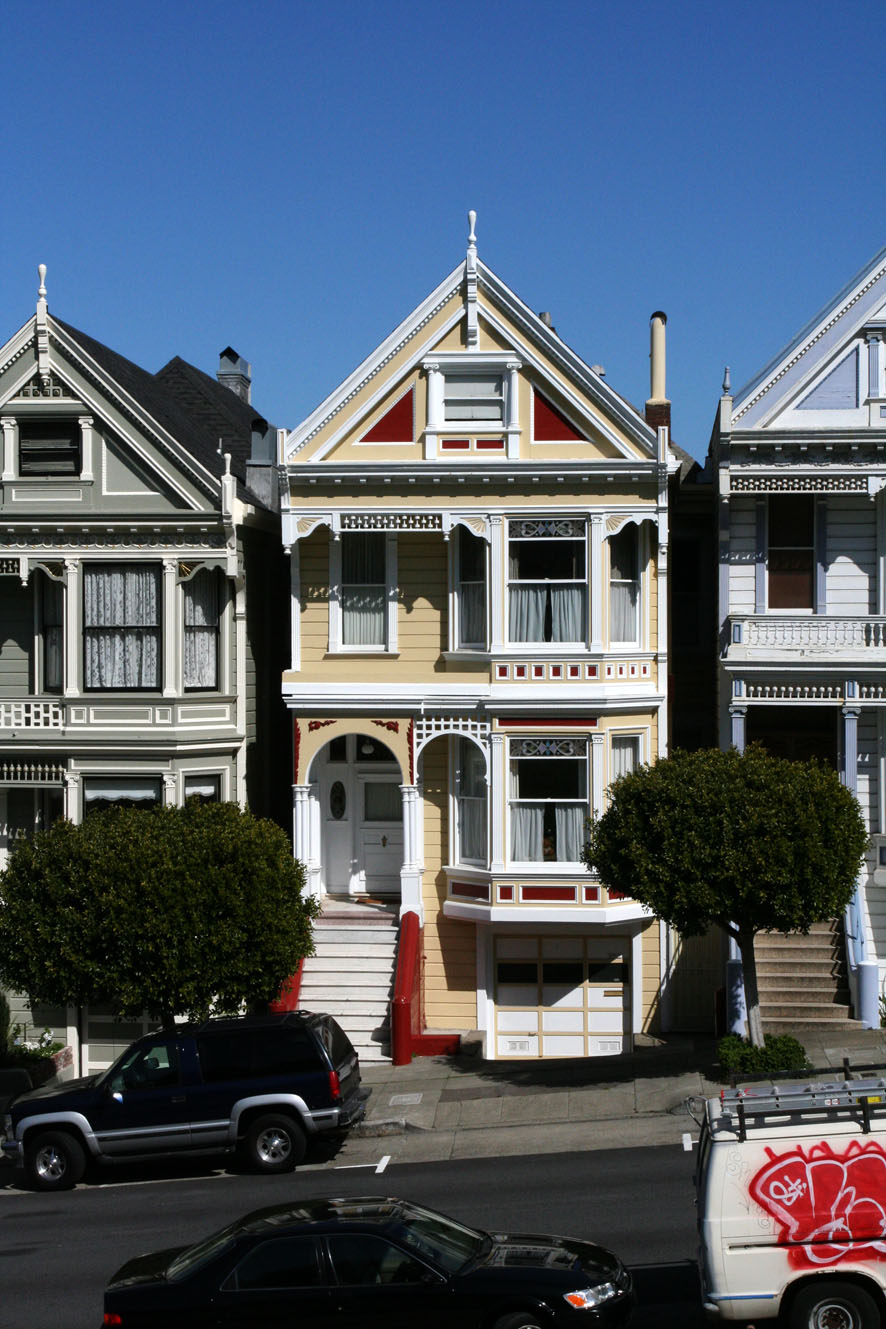 One of the ‘painted ladies’ – not at all a floozy!

Walked the very steep climb up to Coit Tower – buses are for wimps! Wandered around Russian Hill – actually, one CAN’T wander around Russian Hill, one TREKS! – and found the staircase used in the TV series Tales of the City. Staggered into a jazz bar for gumbo and ‘Long Island iced teas’ before crawling home for an early night and early flight the next morning. 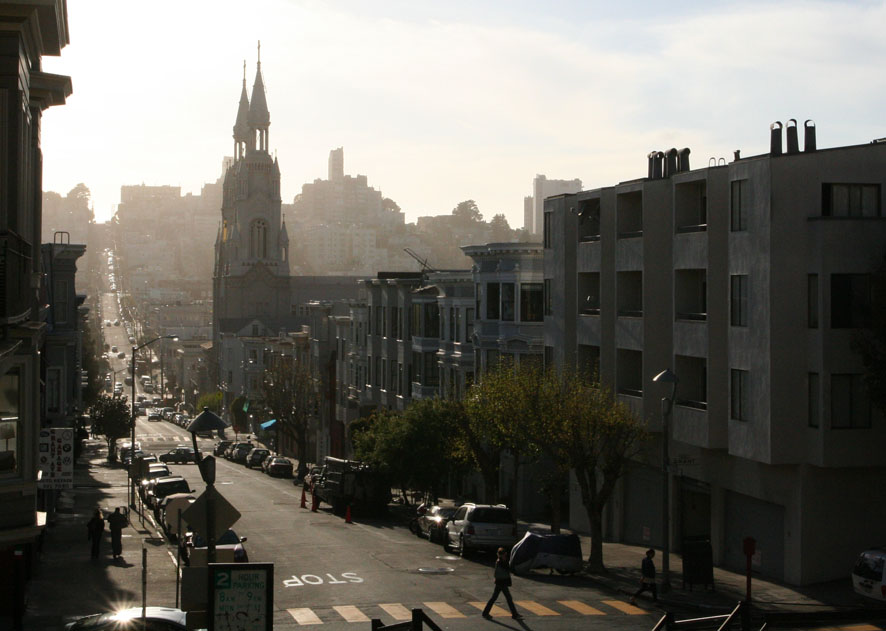 The walk up to Coit Tower