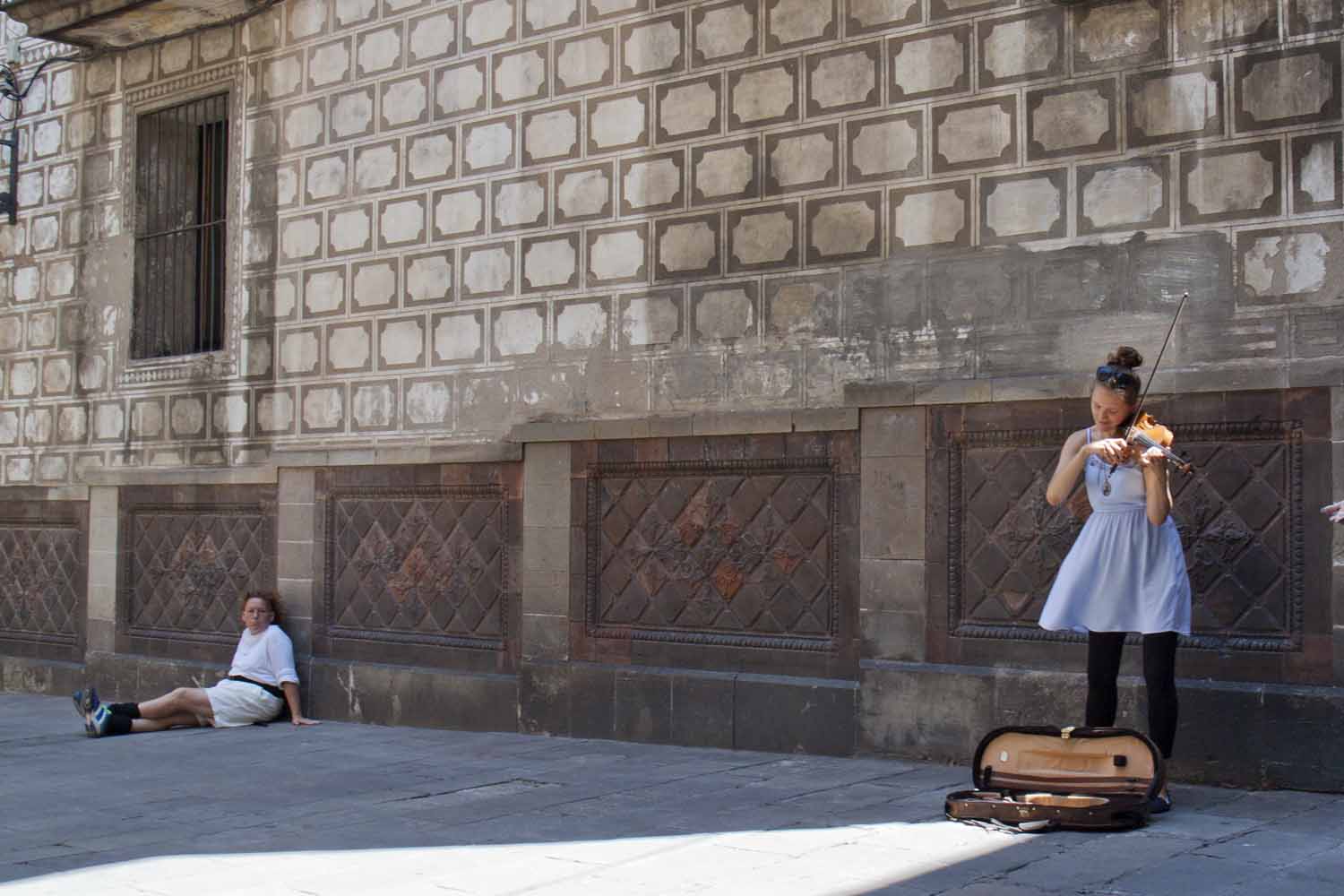 Only one full day of exploration left in Barcelona. But due to yet another night of raucous laughter and excellent food and wine (the norm in this city), we slept in and took a while to get going in the morning.

We said goodbye to another of our party before heading to the Museu Picasso. We were especially pleased that we had bought a Barcelona art ticket pass at one of our other museums, and just breezed through the entrance without having to join the long line down the street (it appears everyone is a late riser in Barcelona!).

This is a great museum. It lives in a medieval house in the La Rivel area (just near Barri Gotic), a perfect location and atmosphere – the conjoined houses provide a certain intimacy with the works, but it is also large enough to spend a few hours there. Apparently, some people feel “ripped off” about this museum, because it has a strong focus on Picasso’s early work – which is actually its strength. To see what this man painted when he was in his teens really is astounding. The ‘Science and Charity’ piece that he painted at the age of 16 looks like the work of a master.

The other section that was particularly interesting to us was his ‘Las Meninas’ series, especially having seen Velázquez’s original in Madrid just days earlier. Could quite easily spend an hour just in these rooms looking at this series. Liked the black and white one so much that I now have a fridge magnet of it!

After an extensive stint in the Museu Picasso, we re-traced our steps through the Gotic area. Our aim was to locate a plaza that showcased the works of local artists to possibly make a purchase, as well as find a funky jewellery shop we had passed on a previous visit – found the shop, but not the artist. First trip in a long time that I have gone home with neither art nor jewellery purchased! Bought more chocolate instead at the well-known La Vicens. And really, what more could a traveller want as souvenirs other than a fridge magnet and chocolates?!

Walked up Passeig de Grácia to La Pedrera to be gobsmacked once again by the sheer brilliance and breathtaking beauty of Gaudi’s genius. It’s a shame that the exterior was draped in a giant picture of itself while it is being restored. Still, we got to see everything inside – including the apartment – which was quite extraordinary in design (as was the gigantic attic, with its huge arches like a golden brick cathedral).

After our tour of La Pedrera, beer and chips back at the apartment called, and we feasted on some more delights from the vegan deli again. Well-fuelled and highly motivated by the tales of other travellers, we decided to go and watch the Magic Fountains that descend from the Palau Nacional on Montjuric. So we walked to the metro, travelled 8 stops, strolled to the fountain, and sat ourselves on a bench waiting for them to come on in all their apparent magnificent splendour. And waited. Then overheard a British couple talking on the phone to someone who obviously knew what was what and discovered that the fountains are only on Thursday to Sunday (every half hour) – we were a day early…or 3 days late…whatever. Bollocks. So we schlepped back to the flat to hang out and watch the second of the 2 semi-finals in the football. Luckily it was a good game, so all was not lost! 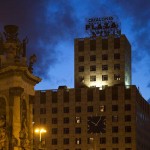 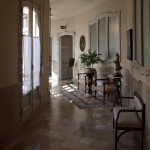 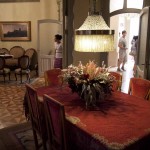 The dining room in the La Pedrera apartment, Barcelona 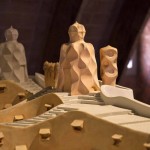 Model of the rooftop of La Pedrera, Barcelona 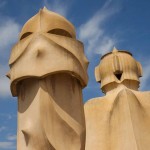 Close up of rooftop chimneys of La Pedrera, Barcelona 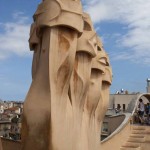 Chimney pots on the roof of La Pedrera, Barcelona 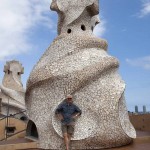 John on the rooftop of La Pedrera, Barcelona 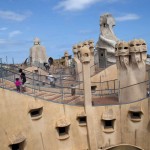 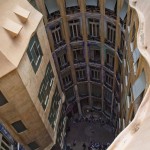 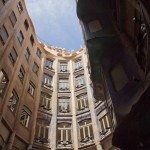 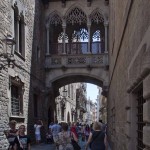 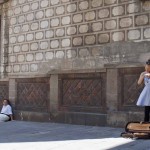