Another blue sky and a brisk walk into town launched a fabulous day. We spent most of the day in Georgian Dublin, beginning with a stroll through a very picturesque spot called Merrion Square. It used to be private park that only the residents surrounding the park had keys to, but it’s now another lovely picnic spot on a fine day for all and sundry. We went straight to a coy and colourful statue of Oscar Wilde, reclining on a big rock, looking longingly at another statue – a male torso (and completely ignoring the statue of his naked, pregnant wife). One of the many nick names for Wilde’s statue is “the fag on a crag.” Apt. We moved on to a more serious figure of Easter rising hero, Michael Collins, the dark metal and serious disposition a very suitable memorial for such a man.
Number 29 Lower Fitzwilliam St was our next stop – a museum of a middle class Georgian home. Great to see how ‘regular’ people lived rather than the rich and powerful. Even though we have read a fair bit of literature from this period, we definitely learned a few things about the way people lived. Did you know that little boys were so precious, and parents so in fear of them being kidnapped that they dressed them in girls clothes? We always thought they were kept in dresses until they were toilet trained (until they were “breached”). Maybe there is truth in both of these versions of events. In the nursery where the governess taught the children, there was a Georgian ‘smartboard’ – a scroll mounted on the wall in a glass-fronted cabinet, covered in lessons in different subjects, with the glass acting as a magnifier. Pretty impressive.
By the time our guided tour was over, lunch was calling us. We headed to St Stephen’s Green and meandered through the hectares of lawn, lakes, flower beds and towering trees. Once a place for watching public hangings, it’s now the spot where everyone goes for much more civilised forms of amusement – strolling, playing and picnicking. On leaving the green we found our way along the busy pedestrian Grafton St to ‘Cornucopia’ – another high quality vegetarian place that Nic had found in her detailed research. And another fine non-carnivore meal was had, only this time with an accompanying organic wine (D’Abruzzo 2010 from Montepulciano). We were impressed with the ridiculously wide range of choices on offer, as well as the speed with which people were served. When we arrived, there were only a few customers in front of us, but on leaving, the line was out the door and shuffling regularly along. We split our meal and were amply satisfied by a Chana Masala with roasted cauliflower and brown rice that came with a choice of 2 salads: cucumber, vine tomatoes & olives in avocado dressing; daikon, green beans with garlic & basil dressing. Delish! Go to Cornucopia 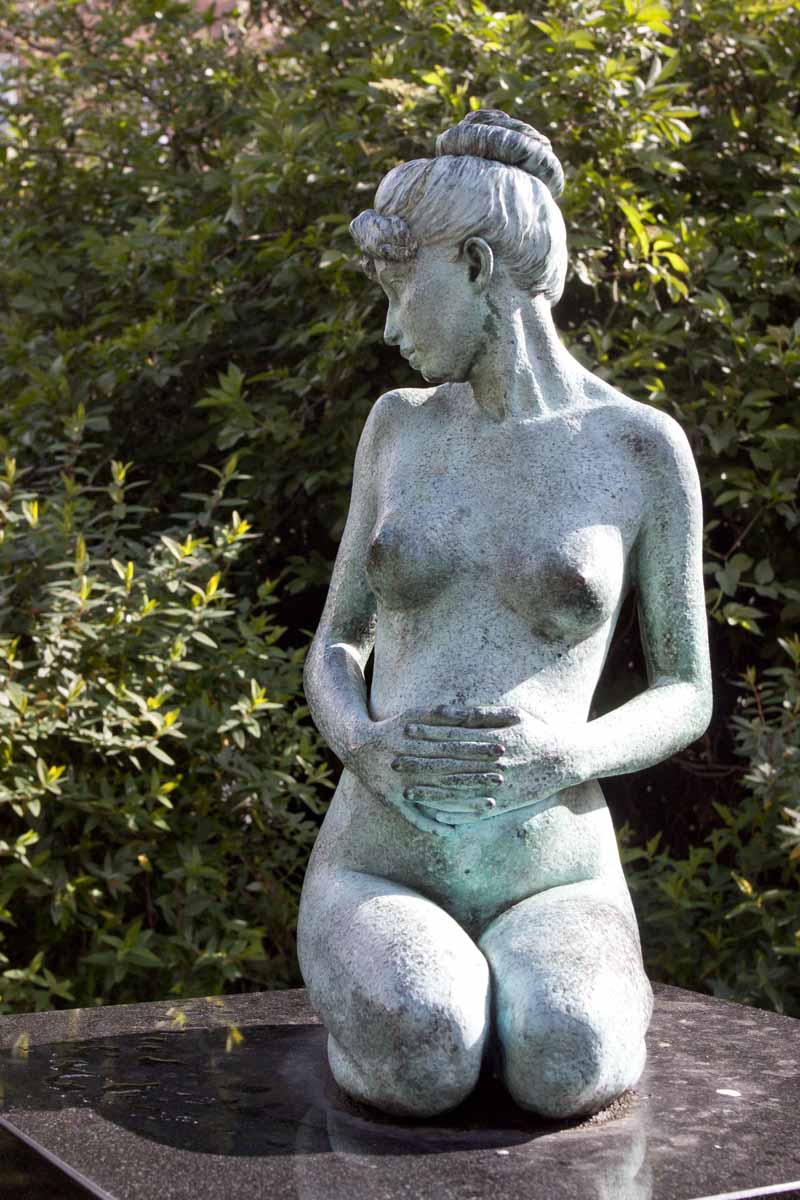 And what doesn’t inspire him!

Trinity beckoned after lunch and we stood slackjawed in the middle of the main quad slowly turning like upright dead beasts on a rotisserie, marvelling at all the glorious architecture, breathing in the history (which was made easier with our open mouths!). Even John had trouble capturing this place in photographs! – so he took pics of bicycles! We moved through the quad into the old library and the Book of Kells. The book was both breathtaking and underwhelming. The beauty of it was undeniable, but it was kind of like the Mona Lisa – everyone jostling for a good viewing spot and once there for a few brief moments, being gently shuffled along by the next admirer, with only a small understanding of the magnitude of what we had just seen.

The old library was immediately familiar in its dark soaring towers of shelves and musty dust, ladders and nooks. It resembles several old libraries in films, but apparently has only been used (without permission!) for one – Star Wars! There was a bit of a law suit over Lucasfilms stealing an image and then recreating it exactly for the film. Drew a lot more visitors though! Most people (Nic included) think that it was used for the Harry Potter movies, but no. They must have just created a set ‘inspired’ by Trinity.
From Trinity we followed our nose back to St Stephen’s Green via “Monaghan’s” for cashmere and “Leonidas” for chocolate. We both left these two stores sated! Our plan was to then to go to Newman House on the south side of the green, drawn by ‘the finest Georgian interiors in Dublin,’ but discovered that it is only open a few months of the year, and April isn’t one of them! Instead we did a fast track appreciation tour of the National Museum of Ireland – the display of prehistoric gold in the main hall was pretty fabulous, especially the jewellery (these people knew how to dress up an outfit – nothing like a bit of ancient bling to enthrall Nic!). The other areas that impressed were the Treasury, Viking-Ireland and Medieval Ireland.
Dinner with Arth & Jane called and we walked back across the Liffey to ‘101 Talbot’ – chosen for its interesting menu and proximity to the Abbey Theatre where our evening’s entertainment awaited. The food was excellent value, and very scrummy: char-grilled courgette, aubergine, beef tomato, spinach & Greek feta gratin; Persian style vegetable stew, toasted almonds, couscous, toasted pita; Irish cheese with biscuits & homemade chutney. The trousers are already getting tighter!! Go to 101 Talbot
Our visit to the Abbey was to see the National Theatre’s premiere of an original musical called Alice in Funderland – very camp, very funny, but we were a little too tired to appreciate every moment, and occasionally lost focus, but that really was beyond our control, and not a fault of the production at all. However, it did go for 3 hours, which is a little ridiculous for a musical – it really could’ve been tightened!
Caught a cab to the south, back to the Brazen Head to meet Arth & Jane, but were a little disappointed by the musicians this time – a different trio whose leader preferred to chat and big note himself (and make bad jokes!), and their skills really weren’t on par with those of the previous night.