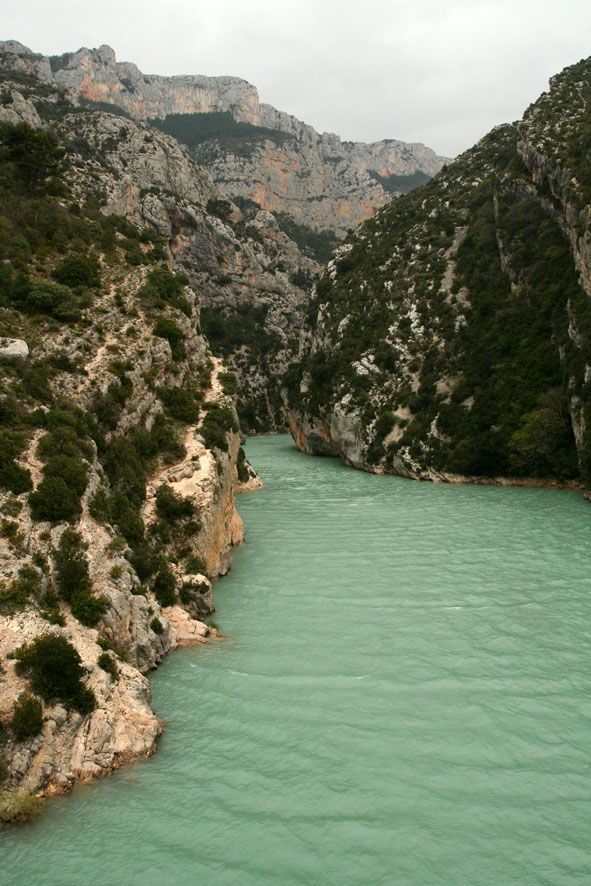 One final look at the Gorges du Verdon

Our journey from Aiguines took us through more of the Gorges du Verdon. The shot looking down at the water nearly had John being blown off the bridge by the strong gusts of wind (Nic stayed in the car). 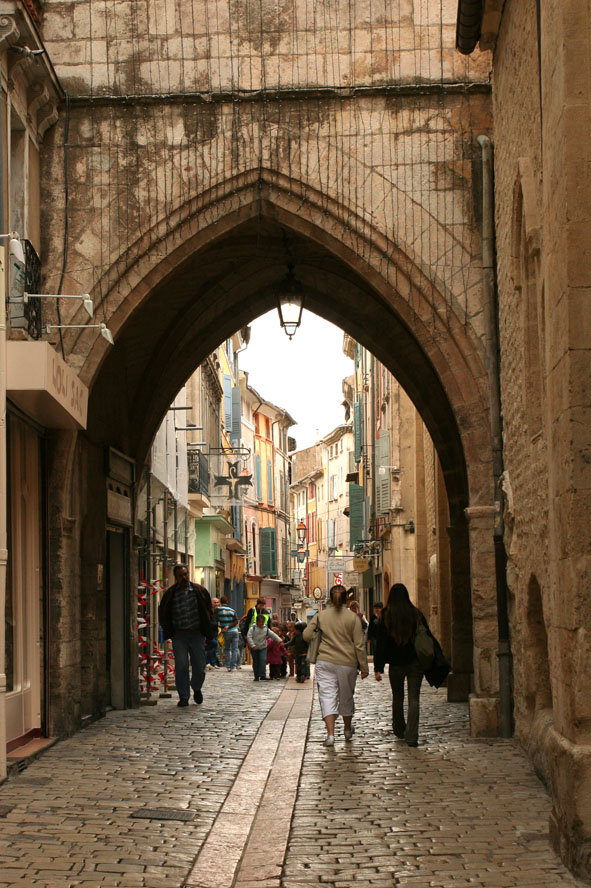 We continued on to the town of Apt where we had to get out of the rain in a local joint and had some average pizza with too much cheese and an Aussie salad with tinned corn, lettuce and tomato. Visited a fantastic art gallery though. 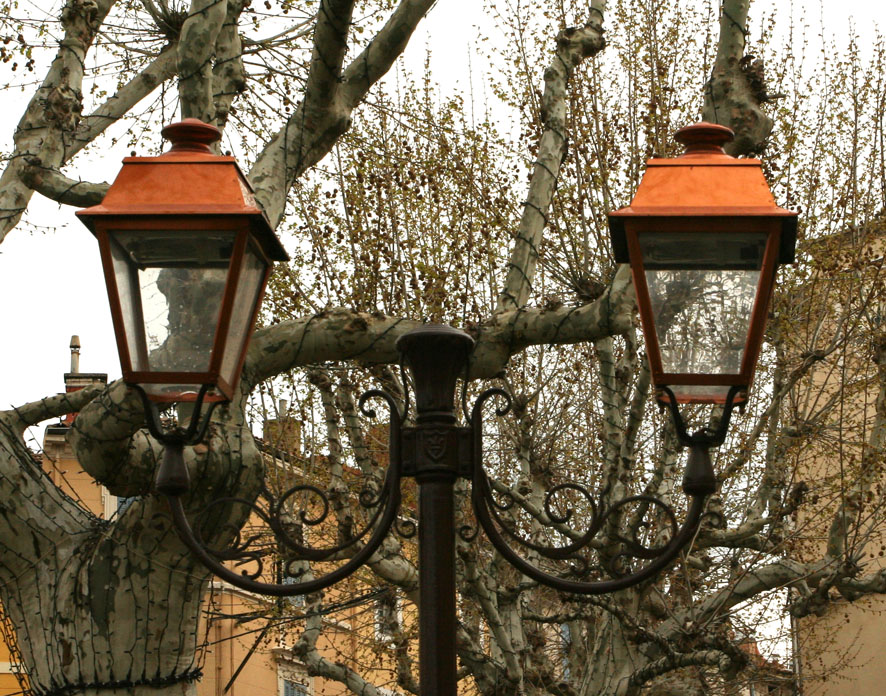 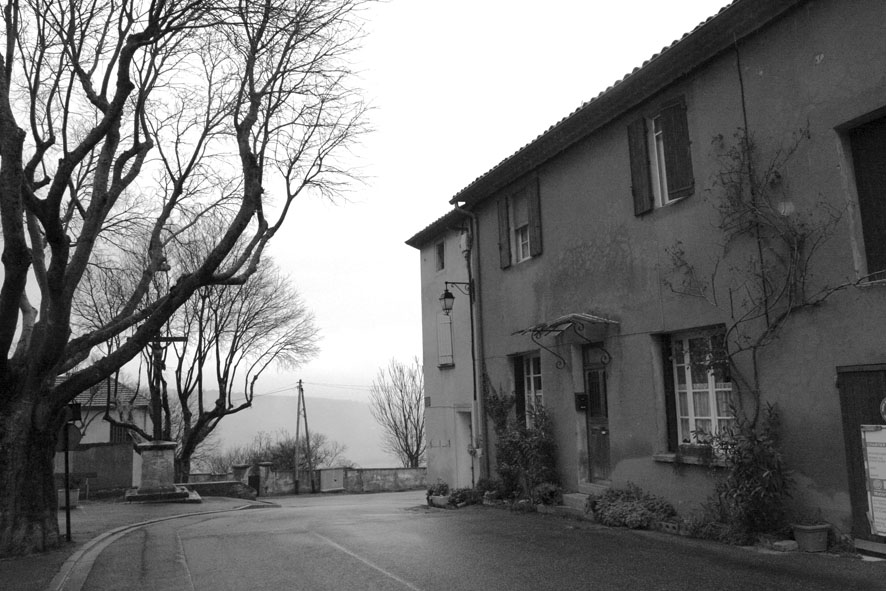 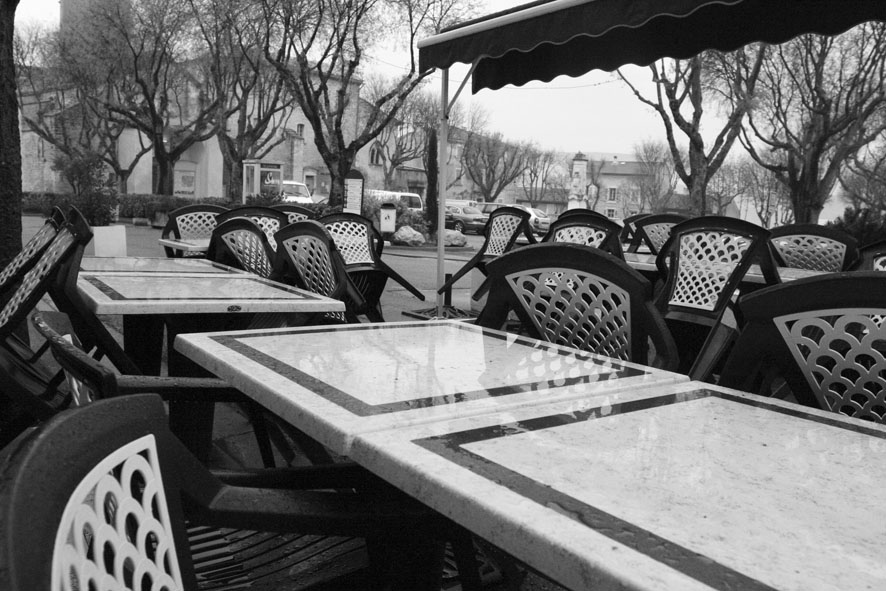 The B&B where we stayed just outside the town of Goult was absolutely perfect (Mas de la Medecine). Our hosts, Marc and Marie-Jeanne were so very friendly and giving (literally – we left with lavender and homemade preserves!) and their white retriever, Bartou, was nearly smuggled back to Australia in our luggage! 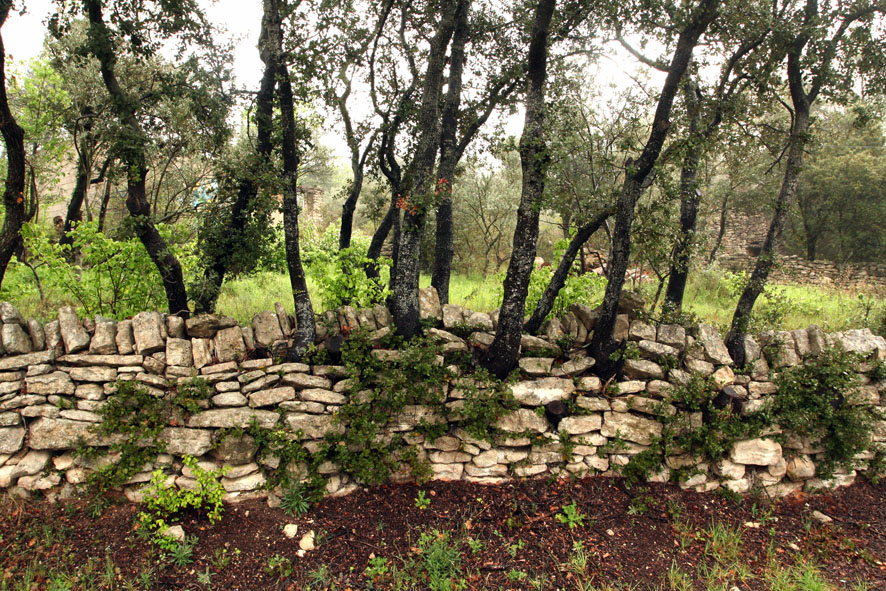 Trees and wall on the way to Menerbes

We spent a day touring a handful of the many hill towns on offer in the region. The first was Menerbes – the town made famous my Peter Mayle’s Provence books. It was quite delightful and we had a lovely chat with an English woman who has lived there for 15 years, so she was singing the town’s praises, and encouraging us to move. 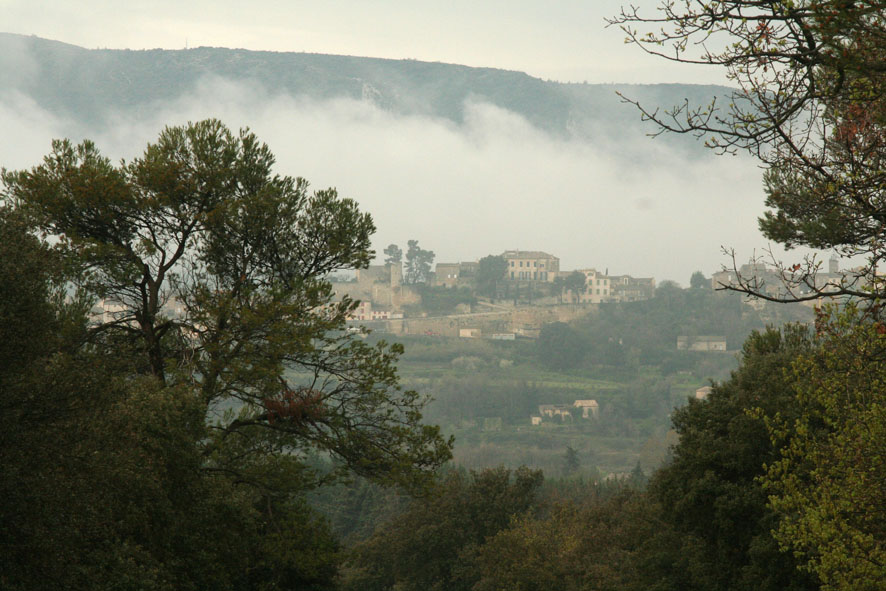 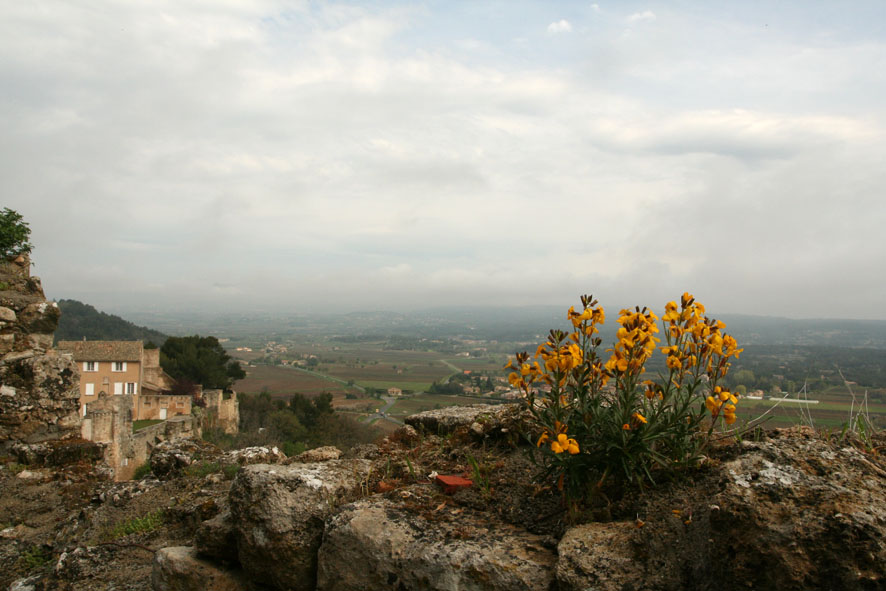 Flowers with a view 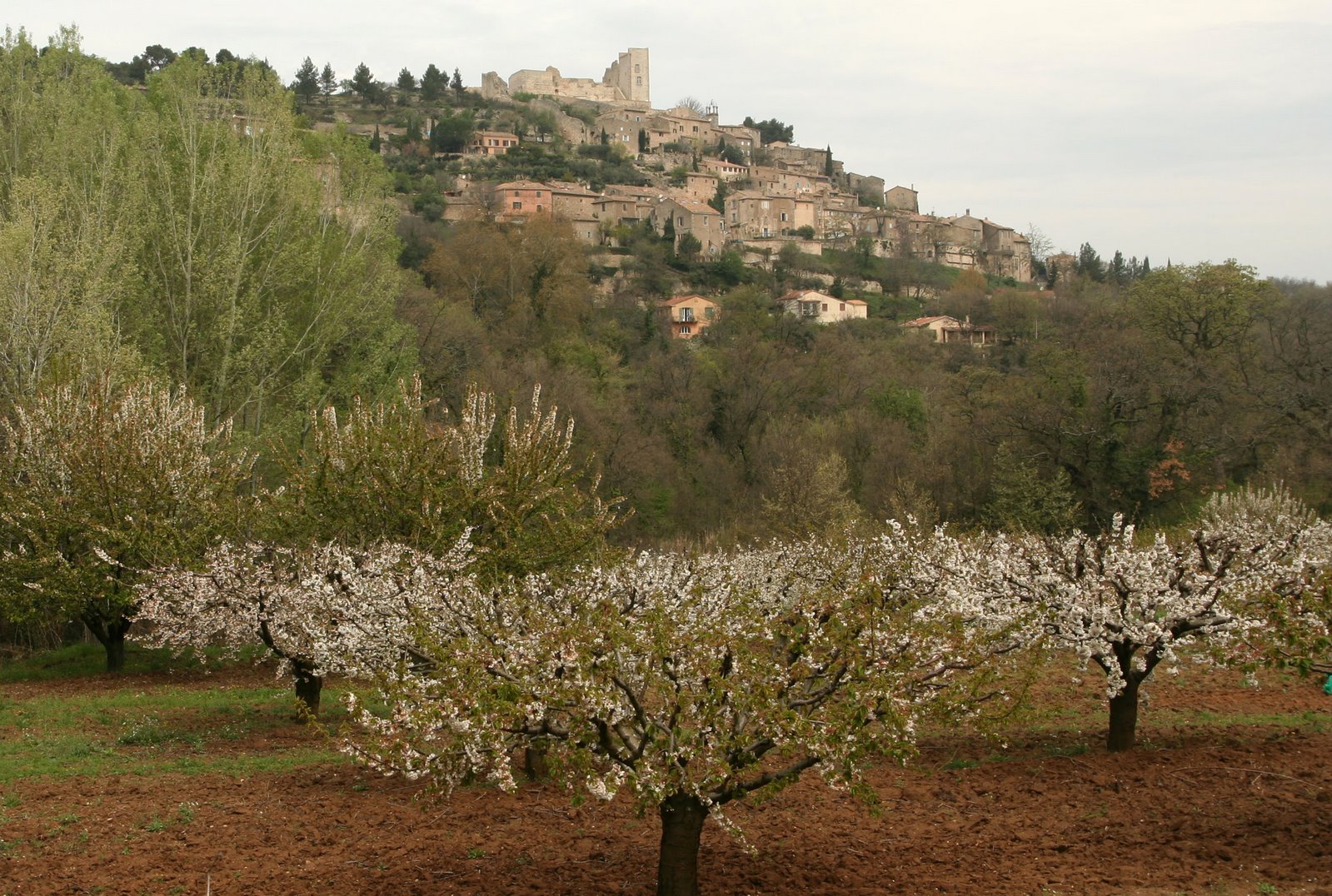 Lacoste from a distance 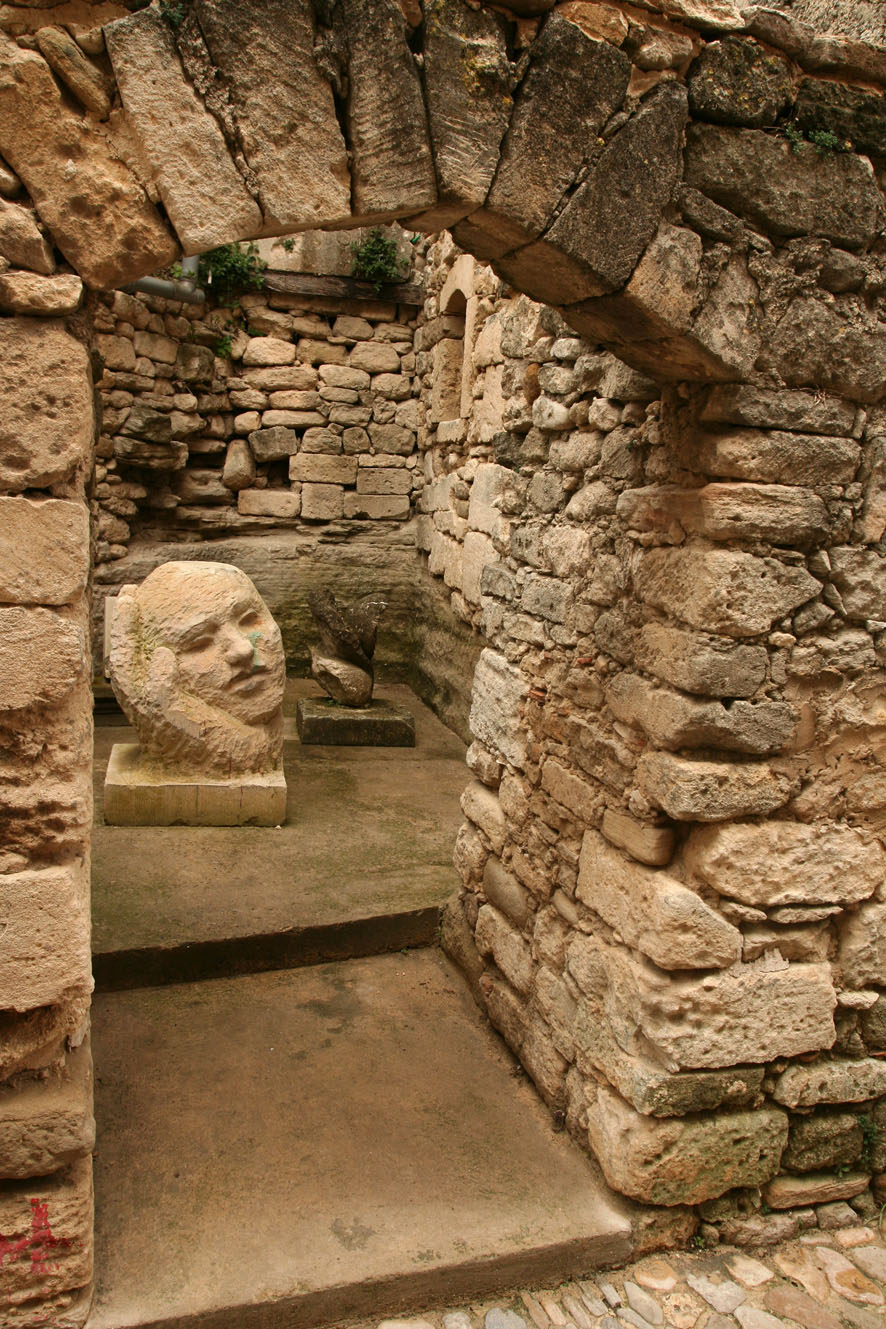 The work of US art students in Lacoste

From there we drove to Lacoste whose most famous (or infamous) resident was the Marquis de Sade. He lived in a chateau above the village which is currently owned, and being restored, by Pierre Cardin (who took over the restoration done by a professor for 30 years before he died and Cardin bought it). The village itself is full of cobbled stone roads and stunning archways. There were lots of American art students running about as there is also an American art school in the village. Glad we popped in. 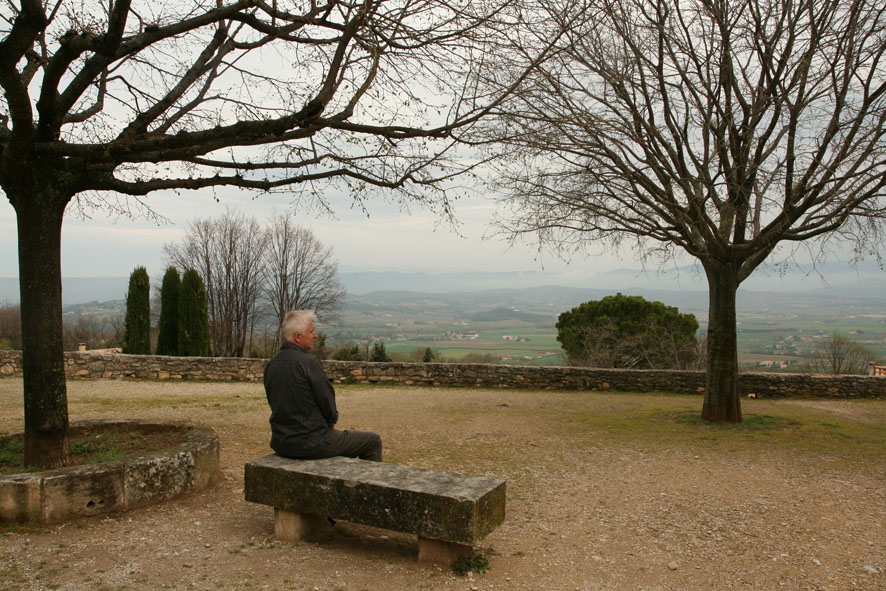 John enjoying the peace and quiet with no tourists 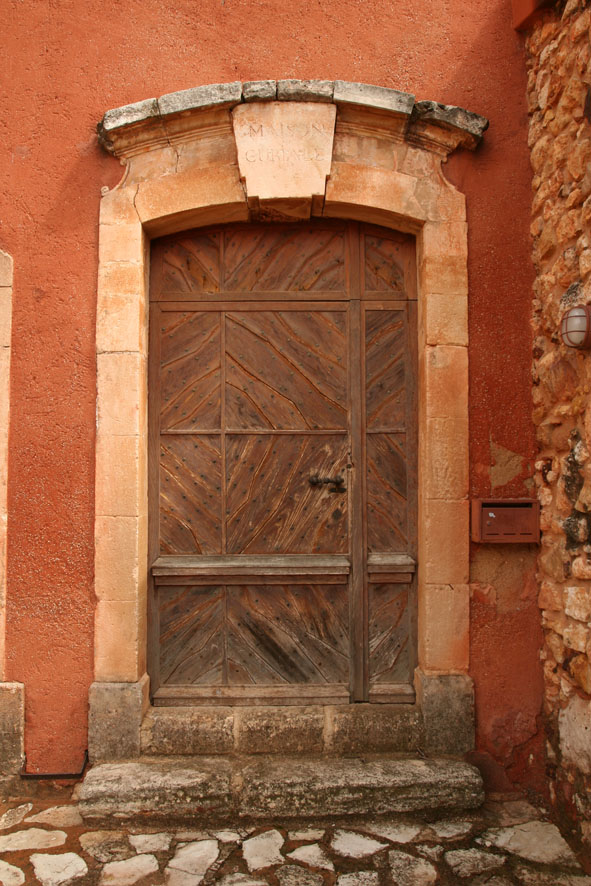 One of many impressive doors in Roussillon

Drove through Bonnieux, but didn’t stop as there wasn’t a central plaza area to get a walk started and we wanted to get to Roussillon for lunch. Roussillon was absolutely stunning in its amazing red and orange ochres that everything is built with in this town. It used to be Europe’s biggest source of ochre (not needed now due to synthetic dyes). Everything was just so vibrant, it was a joy just being there, a feast for the eyes. This town was definitely a favourite. 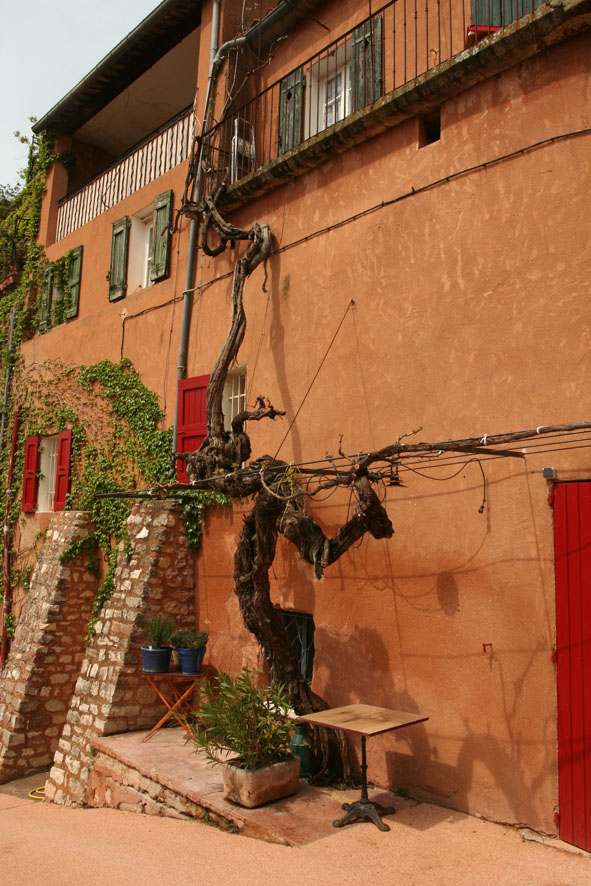 There were vines and old trees everywhere waiting to sprout 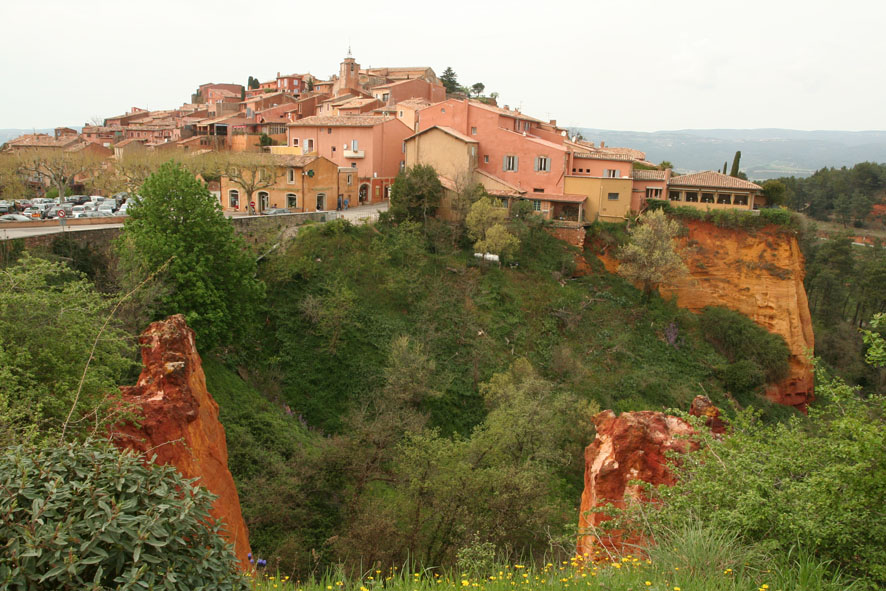 After that we went to Gordes. Now some may disagree but the best part of Gordes was the actual approach to the town with the amazing views that have been seen on many a postcard and used in many a film. (For those who have seen Russell Crowe in A Good Year, this is the town used for the shots where you see his plane approach to land – digitally inserted, of course.)

The approach to Gordes

In the town itself was bedlam with huge groups of tourists doing the Peter Mayle tour thing. This is probably the most famous of the towns, but it’s certainly become a little tired because of it. We couldn’t wait to move on. There were still the usual lovely looking buildings and squares and fountains, but they just didn’t have the same connection for us as the other places we had been to. 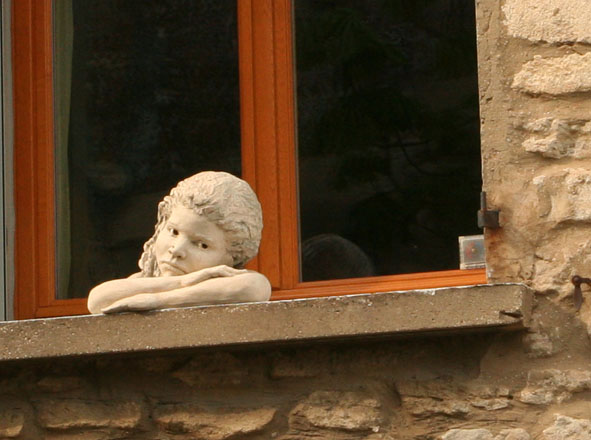 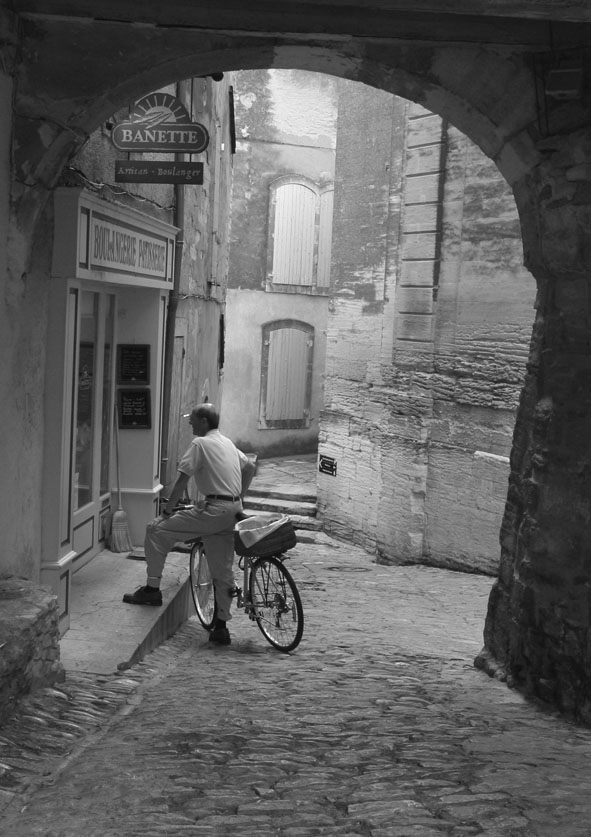 Another of John’s favourite photo subjects – the bike. More favourite because bike is accompanied by French guy and a store. It doesn’t get much more French than this…no wait! If he was carrying a baguette, now that would be French! Oh well, maybe he is contemplating the purchase of one… 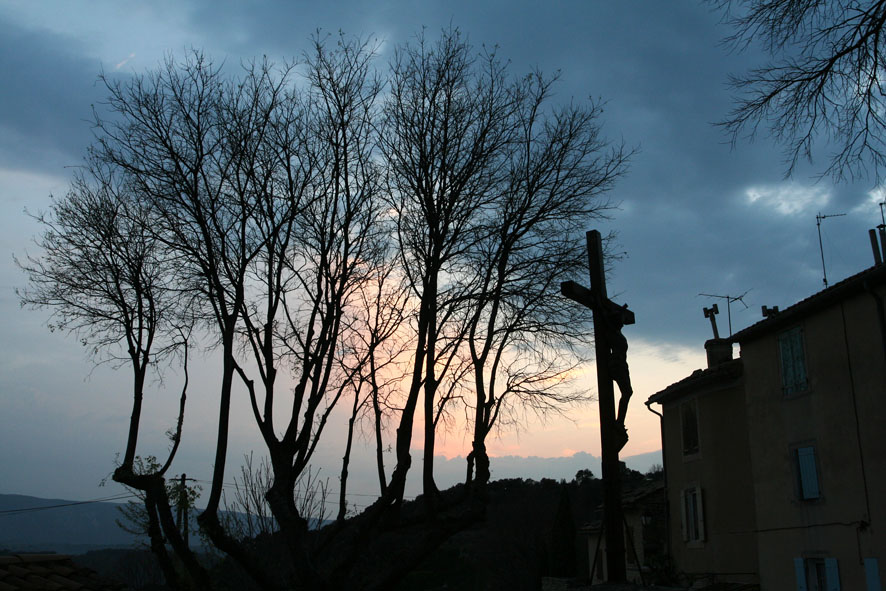 Sunset in Goult (looks like Easter with Jesus hanging there)

We had dinner at La Bartavelle in Goult (8:30 reservation!!) – exceptional value and quality. It’s a Michelin star restaurant and it was divine! The perfect way to finish our visit in the area.

The perfect end to a beautiful day

The next morning, before we drove off and left our little village of Goult, we made sure we did it justice with a proper walk through in daylight. Our fondness for the place increased on meeting the friendly owner of the corner store and his wife, and on discovering the windmill at the very top of the town with panoramic views. A return here is a must. 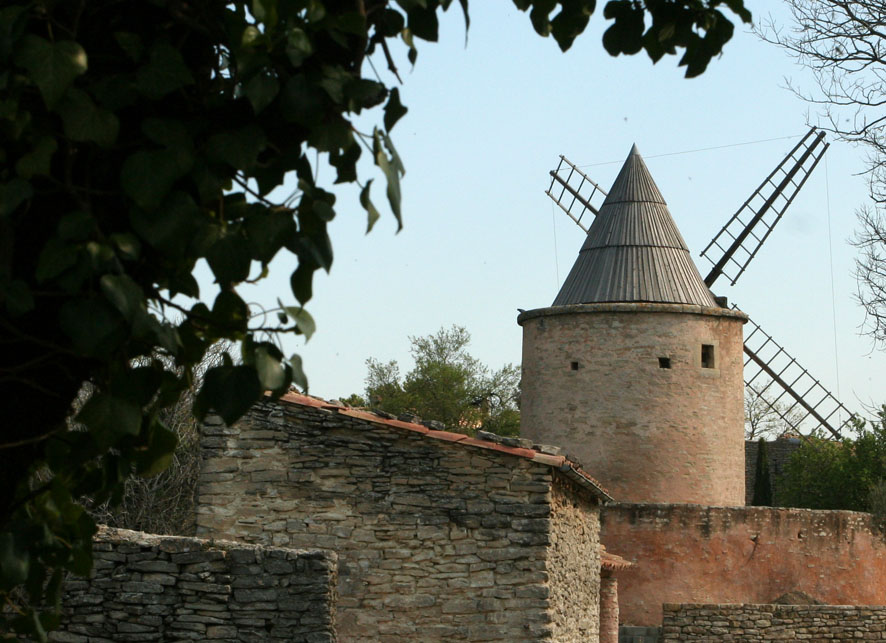 3 Replies to “Goult and the Luberon”