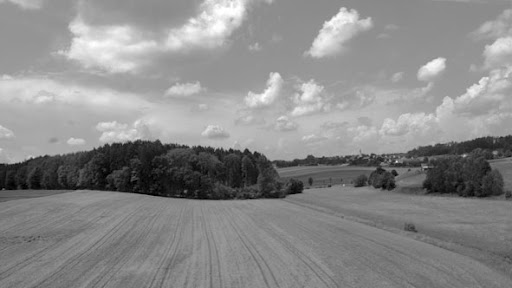 View from train on the way to Salzburg 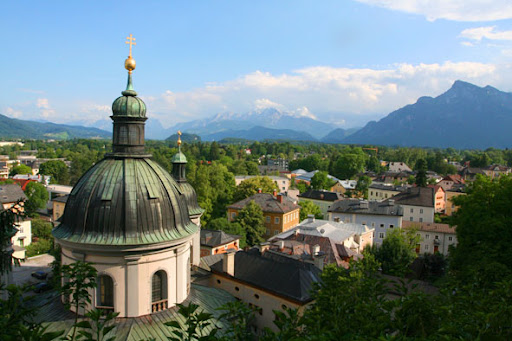 On the way up to the Abbey

And again (cause it’s so pretty)

We just adore Salzburg! Everything about it is so delightful. The size is very manageable and the architecture is beautiful. Our hotel, the Struber, was a charming, family owned and run place below the Abbey on the hill (yes, the one used in The Sound of Music), and unlike the ‘setting’ of the Abbey in the movie, it is right in the middle of town – not nestled among those hills alive with the sound of music miles away from anywhere. 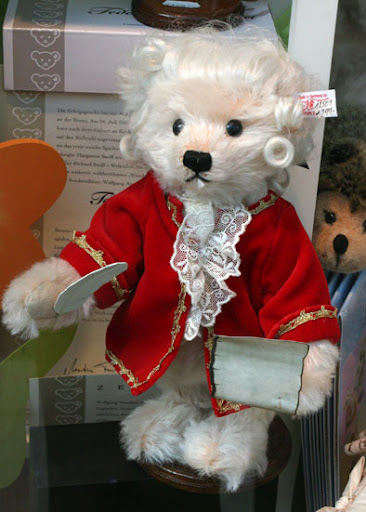 Plush Mozart (at an obscene cost) 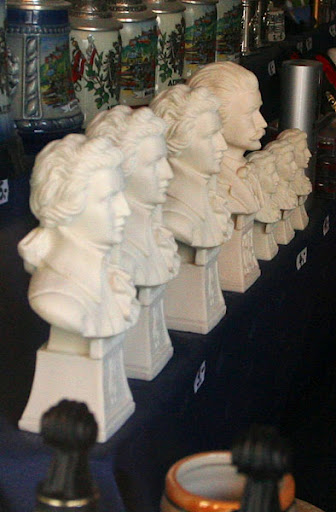 Our first evening was spent wandering around the old town, looking in closed shop windows at all the Mozart souvenirs and enjoying a Balkan meal at a ‘gasthaus’ nestled behind the cathedral (a platter of a variety of delicious grilled meats and vegetables and some wonderful Austrian red wine). We then caught the funicular up to the fortress that stands guard over the town, and where one can pay an exorbitant amount of money to eat a 4 course meal and then to listen to some musicians in costume play Mozart. Instead we drank in the views of the city and watched the sun set before walking down the very steep hill back to our hotel. 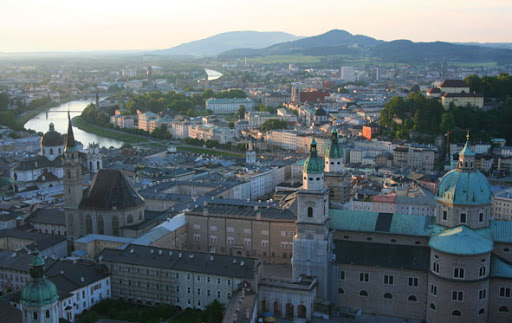 View of Salzburg’s old town from the fortress

Alps in the distance 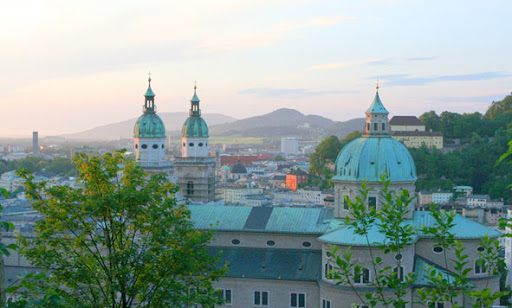 The next day we bit the bullet and did the very touristy thing of a Sound of Music tour, and we were very glad that we did! We went with Bob’s Tours, a small company that had mini vans with only 8 people in a group (instead of the huge coaches) and had the best time! Some of the highlights of the 4-hour tour included driving out of the city into the beautiful lake district where, apart from staring slack-jawed at the stunning scenery, we indulged in cheese strudel and hot chocolates and experienced a luge ride for the first time. That was bloody fantastic! 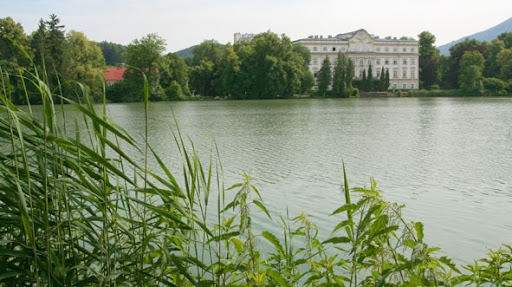 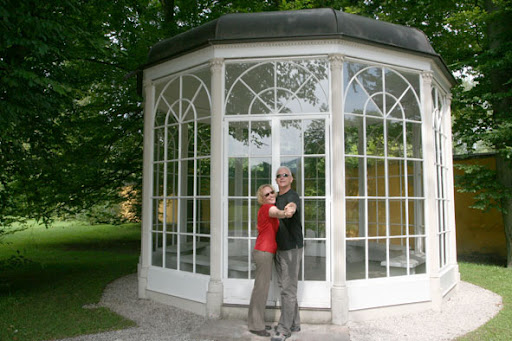 This is the gazebo used for the external gazebo shots in the film. There was a much larger one built on a studio set for the internals (with prancing and leaping from bench to bench). This actual gazebo has been moved from the original location near the mansion (has had 3 moves, in fact) because of tourists dancing round it and disturbing the neighbours. They don’t even let people inside this anymore. It’s kept locked because some silly older fans of the movie tried to do Leisel’s moves and fell and broke bits of themselves. The duffers! 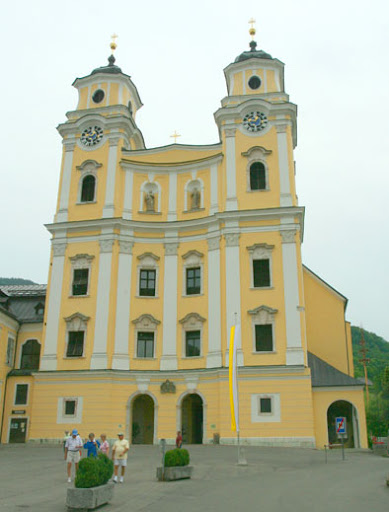 After the official tour was over we wandered through the Mirabell gardens that was used as location for other ‘Doe-a-Deer’ shots and is currently a very popular choice for a lot of Asian brides doing the full-on fantasy of the horse drawn carriage and palace thing. 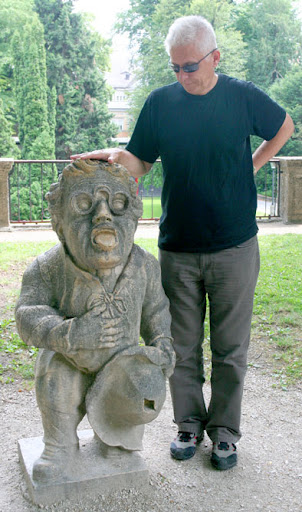 John with statue of dwarf rudely poking his tongue out (dwarf, not John) 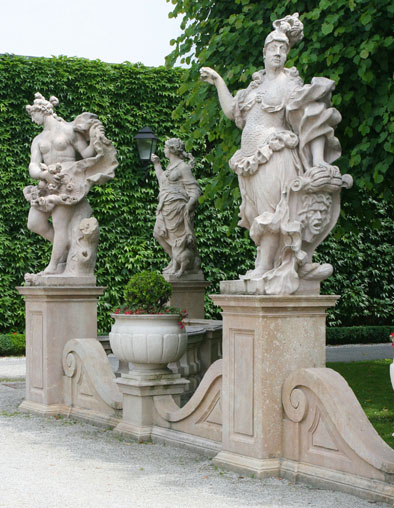 More statues in the Mirabell Gardens

Crossed back over the river and continued our tour of the old town (unfinished the night before) which included St Peter’s Cemetery – probably the most gorgeous, lush cemetery we’ve ever seen. Every grave was a beautifully planted and tended garden covered in ferns and colourful flowers. They had elaborate wrought iron grave markers instead of stone or marble headstones, which added to the beauty, and probably made it look less like a cemetery and more like an exotic garden. 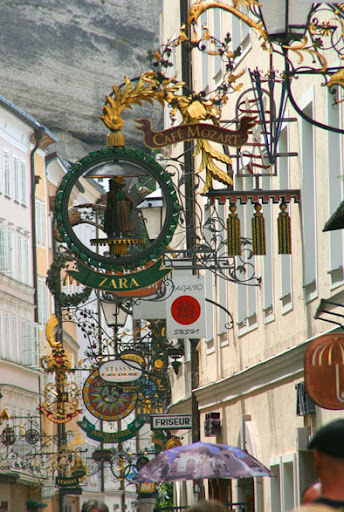 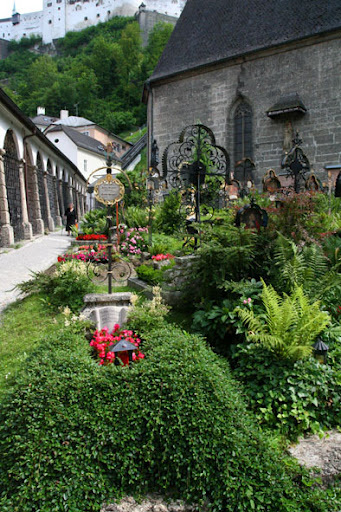 Visited the Mozart’s Worthaus Museum which was the family home once Wolfgang became a teenager and they bought a bigger place on the other side of the river (father Mozart decided the kids were getting too big for all of them to be sharing bedrooms). The information and musical instruments were very good, especially with the audio guide that included very good recordings of the old and rare instruments on display. We were a little disappointed that the 30min film about the composer didn’t have the English language option working, so we skipped that. 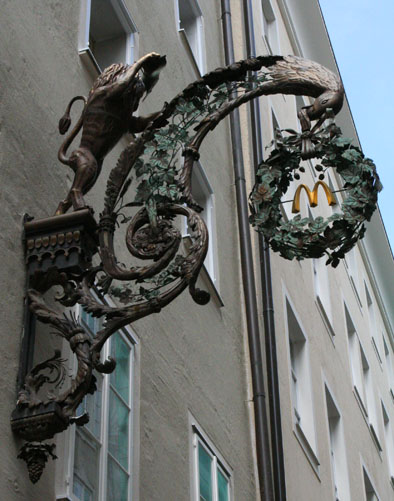 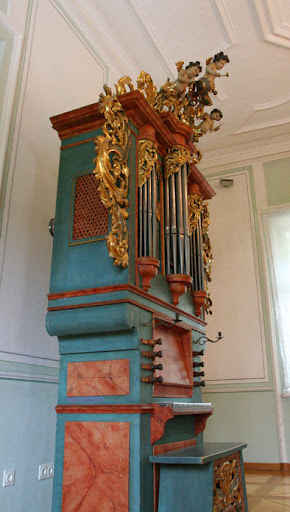 Dessert at the Jolly Monkey

Went to a very Austrian place for dinner called ‘Zum Fidelen Affen’ (‘At the Jolly Monkey’) and enjoyed the most wonderful meal. We began with a sparkling Austrian white as an aperitif with some warm, fresh-out-of-the-oven salty pretzels (the doughy ones, not the packet chips type ones). This segued to a half litre of very nice house red to go with the amazing grilled goats cheese wrapped in bacon served on an olive and sundried tomato ragout with salad, followed by venison on a bed of sweet red cabbage with potato croquettes, finishing with warm chocolate cake with fudge sauce and a warm apple bread cake with walnut ice cream (kind of like an apple bread and butter pudding). Some wonderful apricot liqueurs really topped the meal off perfectly. Could not have imagined a better way to finish our stay in Salzburg.

One Reply to “Salzburg”