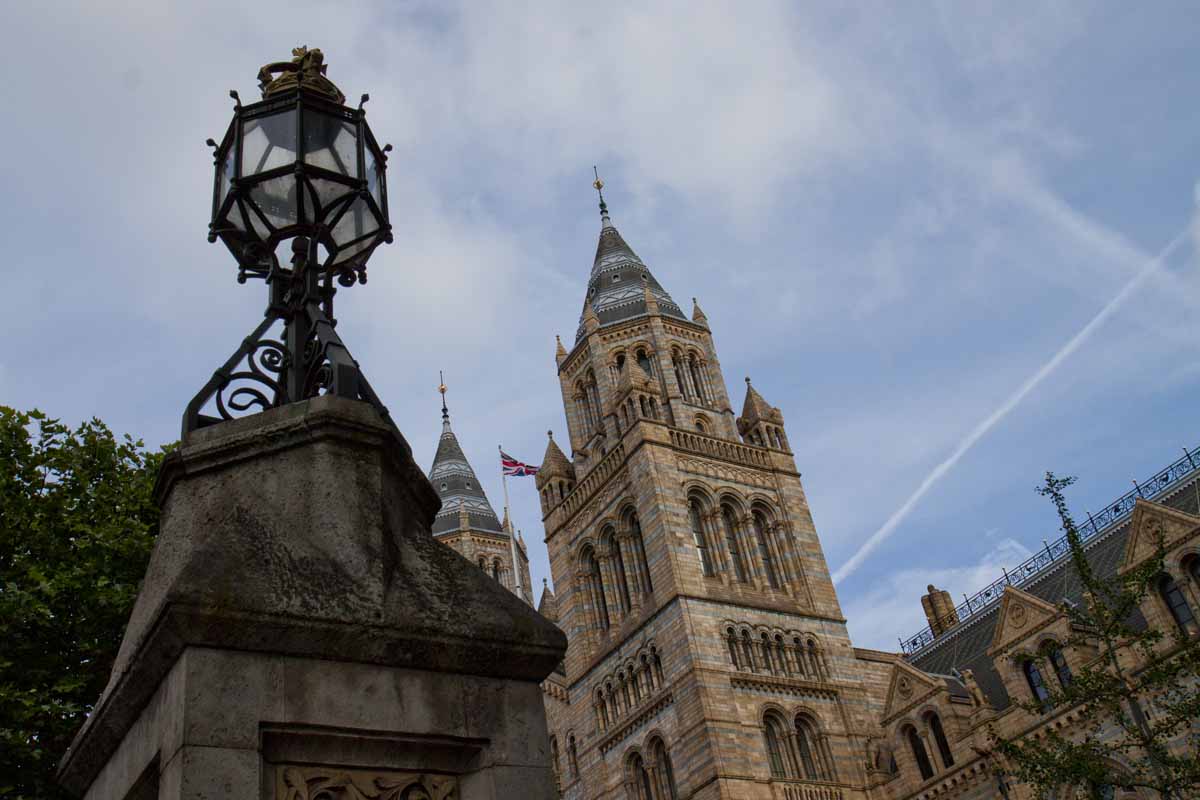 We certainly made the most of the middling weather by getting out and walking. While the forecast predicted a top of 22 degrees, it certainly didn’t feel like it would reach that, but at least it wasn’t raining, and the sun flashed its presence regularly from behind the clouds.

We walked from our hotel near South Kensington tube stop through Hyde Park, then up to Notting Hill Gate and doubled back through Holland Park to Leighton House. Now a museum, the house was designed and built by Lord Frederick Leighton, the most successful painter of Victorian London, who associated with the members of the pre-Raphaelite brotherhood. There were many spectacular design aspects to this building, but the most magnificent was the Arab Hall; a dark, turquoise cavern, lined with hand made tiles from Damascus from the end of the 15th and beginning of the 16th centuries, with glittering golden chandeliers of eastern design and a gorgeous hand painted cupola. We can’t show you any of this in fabulous Technicolor – no photography allowed in the house (just google it!).

We then took the tube about 25 minutes out of the centre of town to Richmond, a delightful area by the river, with the aim of visiting Ham House. From the tube stop we walked down the main street and then along the river to the 17th century National Trust property (much to the surprise of the woman at the info desk at the tube station – it seems most people take the bus!).

On the way we called into The Bingham for lunch (nice things were said about it in the Michelin Guide). We were 10 minutes early for the lunch service, so we went to the bar and had a lovely chat to the barman who served us NV bubbles while giving us a bit of a history on the building. The location was truly lovely, sitting up above the hotel gardens with views through the tall windows across the river to the many stately homes glinting in the now very much present sun.

As time was getting on, and we had a regal old home to explore, our barman escorted us into lunch. It always amuses me when front of house staff act like I have no chance of obtaining a table in an empty restaurant if I have no reservation. Pretentious much? When the set lunch and a la carte menus arrived, I asked if they had a vegetarian menu. It was pointed out to me in a rather obvious tone that 1 entrée and 1 main on the lunch menu were vegetarian. I did explain that some restaurants have separate menus containing only vegetarian dishes, and that I was simply enquiring if The Bingham was such a restaurant. It wasn’t. We ordered the two dishes indicated. Maybe my jeans and Merrells influenced the slightly snooty service? I can tell you, it improved once I started writing things down! – then it was all charm!!

Our set lunch consisted of: asparagus salad, young potatoes, toasted almonds, organic leaves, hollandaise; smoked butter risotto, buttered girolles (mushrooms), muscat jelly, parmesan. The toasted almonds were the perfect accompaniment to the asparagus salad, and the hollandaise was ridiculously light and fluffy. What was a very delightful surprise was the muscat jelly scattered throughout the risotto – miniature bursts of flavour in a jelly cube. We declined the offer of dessert, but were still presented with petits fours that rounded off the meal nicely.

After lunch, a meander along the river led us to Ham House – “Europe’s most complete surviving example of 17th century fashion and power” (visitlondon.com). It was really worth the mini day trip out of the centre of London. I do so enjoy a heritage house preserved and exhibited as it was in its day. An interesting feature of this house, for me, is the bathroom in the basement, which the forward thinking Duchess of Lauderdale, Elizabeth Maitland, had installed under her chambers in 1675. This bathing pastime was really unheard of when she made this renovation, and people thought she was more than a tad odd. A plumbed in bath and shower were additions made by the 9th Earl of Dysart in the 1880s – before that, the modern fad of bathing was done sitting on a stool in a large wooden tub where scented water was poured over the lady of the house – even partial submersion was NOT on! It really was an excellent choice to visit this place out of town. Highly recommended to lovers of old buildings, especially those who may have already seen so many of the popular tourist spots in London.

We ditched the 30 minute walk back to Richmond, and instead made it a 10 minute stroll past the polo club to the bus stop. It wasn’t necessarily a shorter trip, but it saved our tired feet. Time allowed for a bit of freshening up at our hotel before once more jumping on the tube to head to the West End – a catch up with old friends and one of the best theatre experiences of our lives awaited. 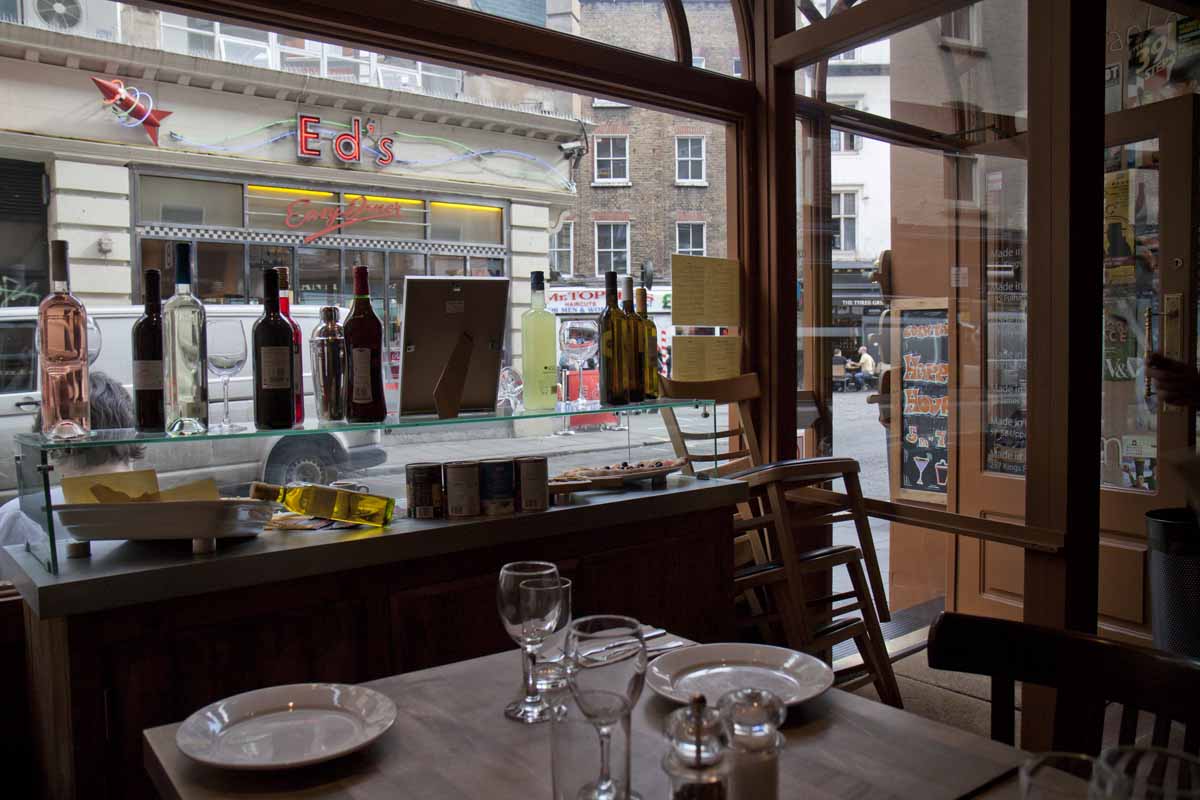 A pre-theatre dinner was had with our mates at Made in Italy on Old Compton Street in the West End. Authentic Italian, fantastic pizza – it IS all about the crust. They do metre long pizzas here, in 25cm sections, you just keep adding on till you reach a total of 4, and they bring it to your table on a long board that sits on a stand like a doll’s trestle table in front of you. A bit tricky to cut up, but worth the effort. But I do get ahead of myself – before the pizza came an array of starters and antipasti. I can’t go past a decent pile of grilled vegetables, which worked beautifully with the asparagus, rocket, goat’s cheese and walnut salad. Really could’ve stopped at the veggies, but there was a metre of pizza to get through! The prosecco at this place was very good, too, and reasonably priced (especially for London!).

Our theatre excursion for the day was to The Book of Mormon – I have never found faith so exciting, funny, engaging and so very, very naughty! It pushed the boundaries beyond everything I’ve ever seen on stage before – politically correct it is NOT, but absolutely hilarious, it IS!! All production values were outstanding, and all cast just kept hitting home runs in their performances. If you ever get the chance to see this show, just grab it! It completely exceeding my expectations – and these were HUGE!

After such a fantastic night at the theatre, heading home early to bed was not on our agenda. We met our London friends at Molly Mog’s for a bit of an old-fashioned drag act, but we left after our first drink as the act was so loud and we didn’t want to be rude talking all the way through the performance – especially since the room was as big as our kitchen, and it was obvious that we weren’t paying attention! We moved on to a pub only metres away called The Spice of Life – much more conducive to a verbal catch up, and we chatted until we were kicked out at closing. Upon leaving, the streets were still teaming with people enjoying themselves in the capital, and the tube we took back to our hotel was far from empty! 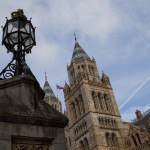 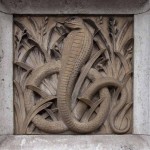 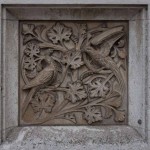 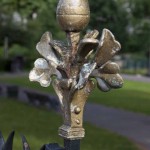 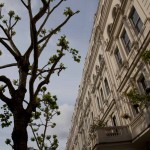 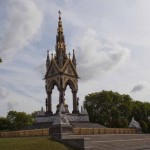 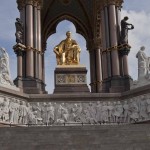 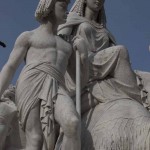 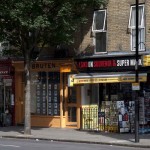 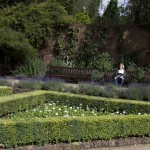 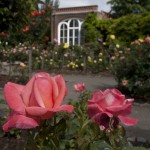 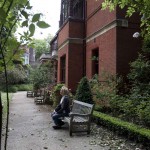 Nic in the backyard of Leighton House 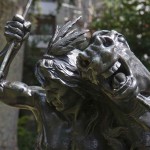 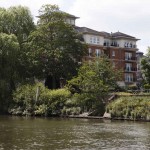 Along the Thames, Richmond 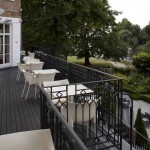 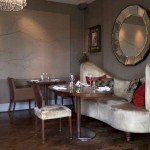 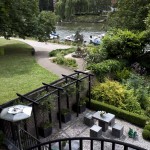 View from the balcony at The Bingham, Richmond 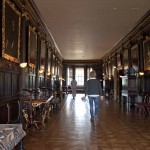 Nic wandering through one of the galleries at Ham House 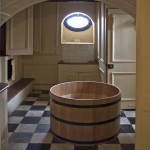 The Book of Mormon, the Westend 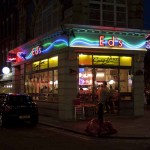 Ed’s diner – we didn’t frequent this establishment, but here’s a pic! 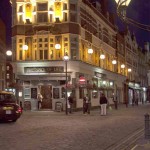 ‘Spice of Life’, pub in the Westend

0 Replies to “Leighton House, Ham House and The Book of Mormon”