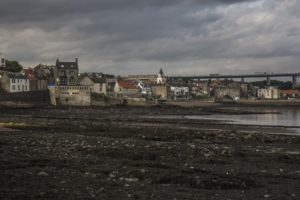 Moving on from Scotland’s capital today, we took a scenic drive towards Loch Lomond and our next accommodation. We took the route through South Queensferry admiring the beautiful township on our way to Hopetoun House. There were fantastic views of the Three Bridges (the third currently under construction), with seaweed and rocks of low tide and foreboding grey skies enhancing the visuals.

We were taken by surprise at Hopetoun House when the first volunteer pointed out the portrait in the entry hall of John Hope, 7th Earl of Hopetoun, who also happened to be the first Governor General of Australia. His great-grandfather, General John Hope, the 4th Earl, commanded the First Division under the Duke of Wellington at the Battle of Nivelle, and there is an impressive bust of Wellington in the entry hall near the painting.

Spent much longer here than expected. There was such a lovely and relaxed atmosphere in this grand house. Because the current Marquess (the GG of Oz was made the first Marquess when he returned home) lives here with his wife and four teenage children in a wing not open to the public, there are no roped off areas within rooms. It was so liberating and immersive to walk amongst the antique furniture and knick-knacks.

This lovely historical gem also includes an impressive ballroom and stables, that now house the tea room. Even with the family inhabiting the small wing (which is the size of a large townhouse in London – four floors plus basement), there is still plenty to keep a visitor occupied. They even offer excellent education programs – there was a school excursion in progress where all the kids were dressed as servants, from butlers to scullery maids, and they got to act out their chores in the kitchen – one little chick was going hard at it scrubbing the stone flooring, bless! Also got to climb a spiral staircase to get to the roof – fabulous views!

From there we drove to Linlithgow to check out the ruins of the palace (mainly because we got a pass when we went to Edinburgh Castle that included that as a property). So glad we did. What a magnificent creation this would’ve been in its day! James V wanted to make a big impression on the world with his reign and this castle was it! It was started in 1424 by James I, and continued by James III and James IV, but it was James V (born here in 1512) who really lifted the game. If only there was an interactive computer program for historic sites that allowed us to see how they would’ve been in their prime.

Lunch was had at the nearby Auld Hole in the Wall pub. What a delightful surprise that was. Grilled vegetables with haloumi (which was cooked a little too much in that it had melted and lost its shape – odd for haloumi) and vegetable fajitas. Even had a nice glass of wine – small for John, medium for me. Love that in the UK you can usually order wine by the 125ml, 175ml or 250ml glass. How very civilised!

After our Linlithgow experience, we ventured on to Stirling Castle, managing to squeeze our visit in in the late afternoon (also covered by the Explorer Pass from Historic Environment Scotland). This gave us admission into Argyll’s Lodging, as well, Scotland’s finest 17th century townhouse, which is on the approach to the castle. Glad the woman at the visitor’s centre pointed that one out, or we may have walked on by.

Stirling Castle itself was more splendid than I had imagined. Again, thanks to James V, this place was once an incredibly stylish, vibrant, colourful, cultured and classical place. The palace was adorned with Hellenic inspired statues, which were painted bright colours. Inside was equally vibrant with the stucco giving off light. The trust has had many tapestries rewoven by hand and they now hang in the throne room, as bright as they would’ve been in James V’s time. All of it is just so stunning. I would’ve enjoyed a tour if we had had more time, but it was running out, and it was time to move on. Luckily, we got back to the car just as it started to rain in earnest, so all in all, good decision.

Our final destination for the day was Balmaha – a small village on the eastern shore of Loch Lomond, bordering the low and high country, and popular with walkers hiking the West Highland Way. We checked into our little cottage, part of the accommodation at the popular Oak Tree Inn, settling in quickly with a locally brewed beer in hand on the balcony of our new digs with views of the loch.

To read the article on The Oak Tree Inn, click here. 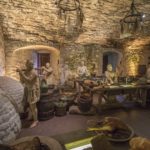 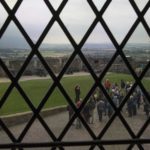 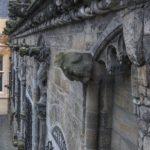 Detail of the wall of Stirling Castle, Scotland 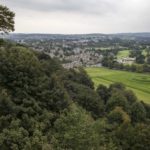 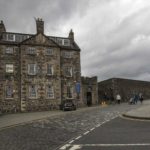 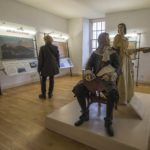 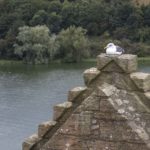 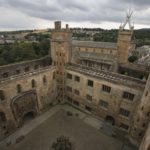 View of the courtyard from the tower of Linlithgow Palace, Scotland 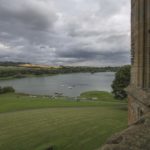 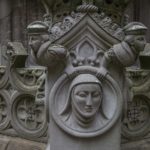 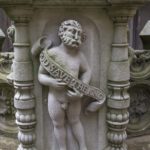 “God save the King” at Linlithgow Palace, Scotland 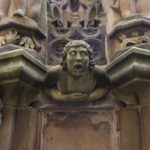 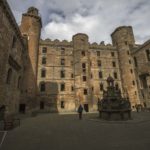 The courtyard at Linlithgow Palace, Scotland 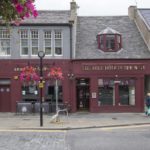 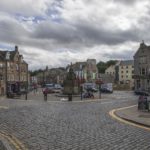 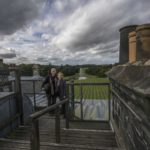 Nic and John among the chimney pots, Hopetoun House, Scotland 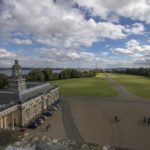 View from the roof of Hopetoun House, Scotland 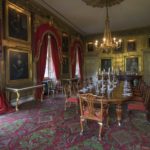 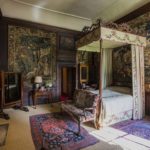 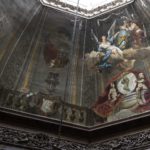 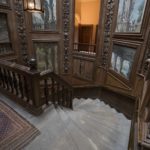 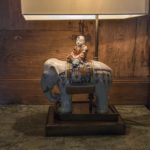 The Earl’s desk in the study at Hopetoun House, Scotland 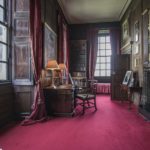 The study at Hopetoun House, Scotland 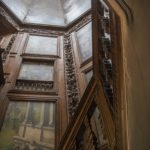 The stairwell of Hopetoun House, Scotland 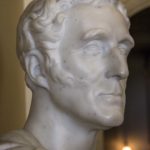 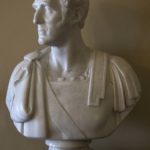 Bust of the Duke of Wellington, Hopetoun House, Scotland 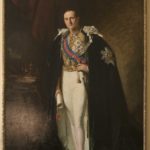 One of the bridges at South Queensferry, Scotland 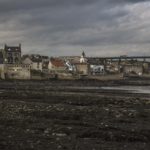