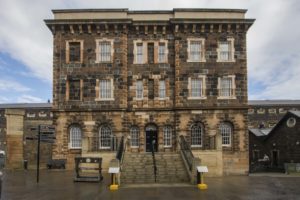 Having been to Belfast twice before, we weren’t sure that there were still tourist attractions left to see. But musing on this with friends, they immediately directed us to the Crumlin Road Gaol.

We arrived just as a tour was starting, and hurried to catch them in the screening room. We had Iain as our guide, and his knowledge and engaging ability to impart it made for a fantastic tour. This gaol has an interesting history, and its atmospheric yards and interiors make for a fascinating, if slightly creepy, experience. Despite its dark history, it has become a popular place for events, and is even used as a wedding venue. I guess beautiful, stone buildings never go out of style.

The 17 men who were executed over the gaol’s 150 year history were buried on the grounds, and their families were not allowed to visit their unmarked graves until about 15 years ago. Two have been exhumed and DNA testing has been done to prove ancestry. The family were also then allowed to remove the remains to a resting place of their choosing. However, this is not a cheap process, and at about £10,000 you can understand why only two families have paid for this to be done.

The prisoner condemned to death would be moved into the Hanging Cell to await his fate. He would be told when it was going to happen only the evening before his death. Ironically, he would have the flashest cell in the place – triple the size of the others when you count the ensuite (the only cell with such). The reason for the size was because he was never left alone – he was on serious suicide watch (the irony!). Then he would expect the executioner to come and take him down the corridor, doing the ‘dead man walking’ ritual, to another place to be executed. But the trick was there was a cupboard in the bathroom that slid aside to reveal the secret hanging cell. All very cloak and daggers. When they first started executing prisoners at the gaol, it used to happen on the square at the front of the gaol with a 20,000 audience. Back then, it was quite a gruesome affair, and could sometimes take 20-30 minutes for one to die – they used the old fashioned hangman’s noose with all the knots, so they died of strangulation. The noose used in the secret cell was very different, and the person was dead within a few seconds from a broken neck.

Albert Pierrepoint was the executioner who worked at Crumlin Road, following in the footsteps of his father and uncle as a public executioner. He knew at the age of 11 what he wanted to do for a living, and was so successful at it that in 1956 the Home Office acknowledged him as the most efficient executioner in British history. Our tour guide, Iain, said that Pierrepoint executed over 800 people, but Wikipedia says over 400 (with 200 of them being at the Nuremberg trials), and quotes that there is no official figure – only stating some say over 600, but the most commonly accepted figure is 435. So he was efficient AND prolific.

After our visit to the gaol, we were eager for a walk, and so used our leg power to get us to the MAC for the David Hockney exhibition – the largest exhibition of his work in Ireland. The exhibition focused on Hockney’s formative years at Bradford Regional College of Art in the 1950s.

“I draw, I do includes rarely seen, anatomical and observational drawings, early graphite portraits as well as significant later works including his iPad portraits which demonstrate Hockney’s continued interest in pushing the boundaries of his practice using new technologies.” (www.themaclive.com)

The MAC lives in a wonderful new space that was designed by Irish architects, Hackett Hall McKnight. For such a difficult site, hemmed in on a corner spot between two other buildings, they have created an extraordinary structure filled with light and appealing spaces. While there were more exhibitions to see (permanent and transient), we had more sightseeing on our agenda, and left after we had finished the Hockney exhibition.

Ulster Museum was our final sightseeing venture of the afternoon, and it was such a delightful surprise. It’s a compact museum with a bit of everything to suit many tastes. We started at the top and tried to work our way down, but realised after dawdling with the ‘17th Century Dutch paintings’, that we were running out of time before closing.

We did ensure that we went through the ‘Life and Death in Ancient Egypt’ gallery to see the mummy, Takabuti – a woman of about 30 years of age who lived in the Egyptian city of Thebes at the end of the 25th dynasty of Egypt (over 2,500 years ago). She was an intriguing specimen, both her and her sarcophagus, and has been drawing crowds to the museum since 1835. What is also fascinating is that she has had the same curator for 30 years, Winifred Glover.

Had some brief time in the mammal collection, which contains over 2,000 specimens of animal skins, mounts and skeletal material, mainly from Northern Ireland. The giant deer and woolly mammoth were imposing specimens – especially the wild deer, which definitely had attitude in the snarling mouth.

The next day provided a sunny day; the perfect opportunity for a road trip, and as we were heading to Bellaghy in County Derry for the opening of the Seamus Heaney museum, we decided to pop into a National Trust property on the way.

Springhill House is a 17th century plantation house in Ballindrum, and in addition to the house itself has extensive gardens, park and costume collection. We did the tour, which was interesting, but also quirky! Guides at this property were dressed in period costume and pretended to be ‘of the house’. Different volunteers worked different areas of the home, some more successfully and engagingly than others. In one case, I was more eager to learn about the specifics of this particular house, the furniture and paintings in front of us, rather than the time period in general. However, this type of interaction can be fun for the younger members of the group, and was a way of engaging them during what could be a dry experience. Quite liked the ghost story upstairs in the bedroom, though.

The official opening of the Seamus Heaney museum was the real reason we were out and about on this fine day. ‘HomePlace’ is a controversial building: “Its bland, vaguely Scandinavian structure, encircled by inky asphalt, looks for all the world like a new branch of Waitrose” (The Guardian). But it is intended as a place for Heaney fans and yet to be fans to learn about his work and his life through interactive activities and an interpretation of the poet’s attic study. As part of the official opening, there was a talk in the auditorium with Olivia O’Leary, Peter Fallon and John Horgan who reminisced and shared their stories in “Remembering Seamus”, which was touching and humorous.

On our third visit to Belfast, we have discovered that there is still plenty to see and do, and it will by no means be our last. 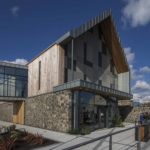 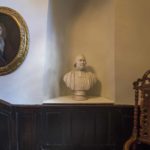 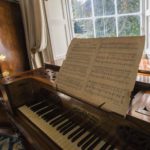 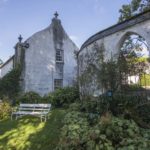 Bench in the gardens of Springhill House, Northern Ireland 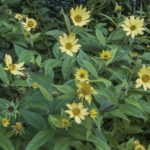 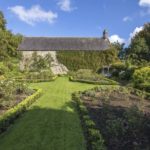 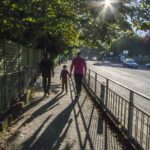 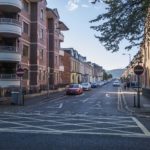 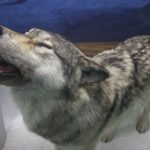 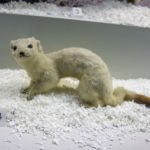 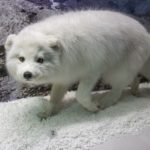 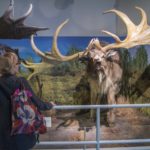 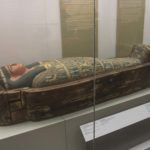 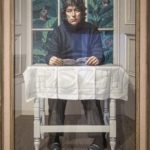 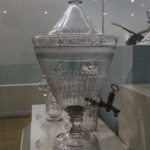 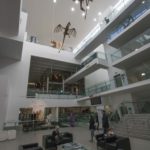 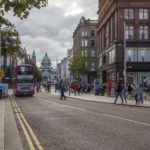 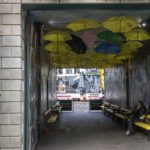 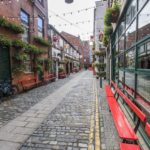 Back street of Belfast, Northern Ireland 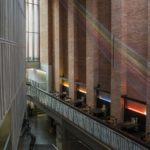 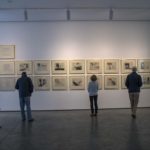 Viewing the Hockney exhibition at the MAC, Belfast, Northern Ireland 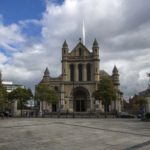 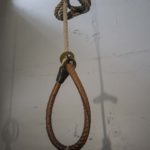 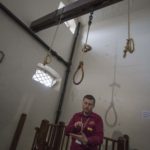 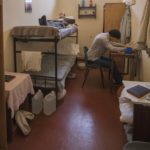 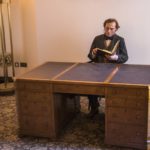 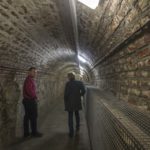 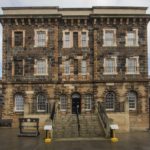