Leaving Northern Ireland only took about 10 minutes! Newcastle is quite close to the border, and even the trip from Belfast to Dublin would’ve only taken about 2 and a half hours (so jealous of the close proximity to everything!).

On our way south we visited Newgrange and the Valley of the Boyne. This was a highlight of the trip, awe-inspiring, in fact. Our guide, Frank, was outstanding on a number of levels – clear, engaging presentation, accepted no nonsense from visitors, and had a sense of drama in the climactic build in his little narrative preparing us for the light coming into the tomb (simulated by strategically placed lamps). For those not familiar with this place, Newgrange is a wonderful feat of engineering which took over 40 years to create in 2000BC. It is over 75 metres in diameter, weighs 200,000 tonnes and was constructed by farmers using nothing by tools of wood and stone. The true marvel, however, is the roof-box above the entrance, which is positioned perfectly for the first rays of sun on the days of the winter solstice. Today, to be one of the 15 people per day (about 50 in total) who see the sun strike the floor of the centre of the tomb takes nearly as much luck as winning lotto – there were 31,531 applications for the 2011 winter solstice draw! Popular gig for something that lasts about 15 minutes from pitch black through to light back to pitch black again.

We drove back to Dublin, dumped our luggage at the hotel, returned the hire car (no extra costs, yay!), and caught a cab to O’Connell bridge for strolling and window shopping. It’s always nice, that last night in a city before going home, soaking up every moment, knowing that there is only a slim chance of a return visit. We even had time to pop into the National Art Gallery for a wander and a look, which we didn’t seem to have time for the first few days in town.

For dinner, we decided to finish our Ireland trip as it had begun – going to Il Primo! We had to repeat the original choice of char-grilled asparagus (with pecorino), but then mixed things up a bit with a dish of cannellini beans with garlic and green beans, followed by pan-fried sole and scallops. The scallops actually came out separately to the sole, as the chef wasn’t happy with his first attempt, and wanted us to have the best! So glad his standards were so high – they were truly melt-in-your-mouth pieces of delight – they even gave the fleshy mouthfuls of perfection at Patrick Guilbaud’s a run for their money! What was particularly sweet was Tommy, who remembered us from our first visit (and our review!) presented us with a complimentary serve of the magnificent crab and leek lasagne (because he recalled how much we loved it on our first visit!) – now, is that service, or what? He also threw a few wine tastings our way to help us in our selections for the evening – but the favourite was Salice Salentino ‘Negro Mauro.’ We could think of no better way of spending our last evening in the country than at this restaurant. 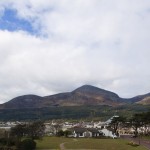 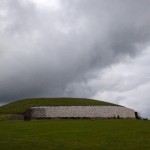 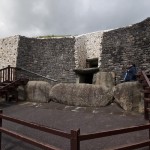 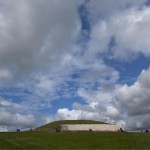 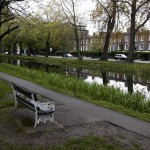 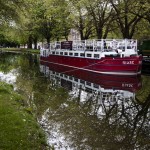 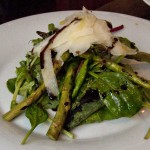 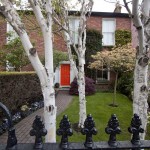 0 Replies to “Newgrange and the Last Night in Dublin”