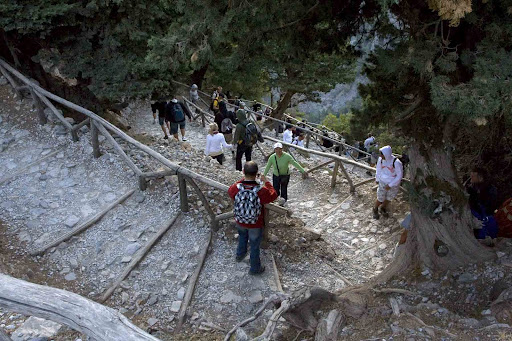 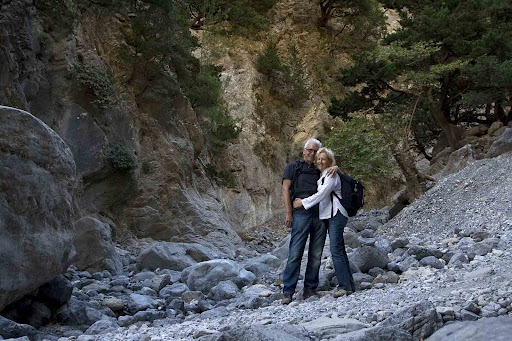 Nic and John at the bottom of the gorge 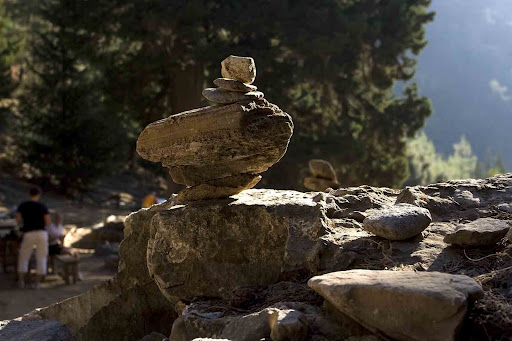 Samaria Gorge was a wonderful adventure. It’s the longest gorge in Europe so it felt like a great personal achievement to traverse the full 16kms (even if it was all downhill, it was still pretty rough going on those ankles and knees at times!). 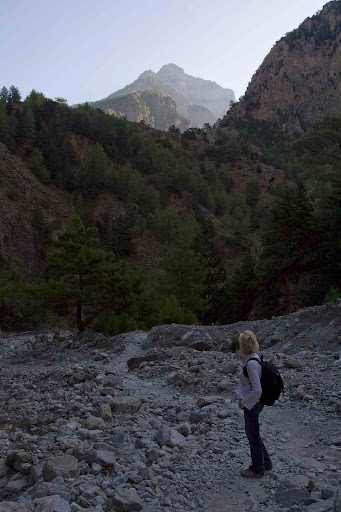 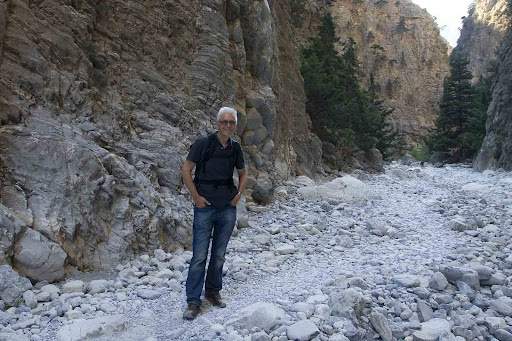 John on dry river bed (still prone to flash flooding at certain times of year – not now though!)
Our journey began at 6:15am when we met the coach at our pick up point in Chania (many others had had to join the group far earlier when the coach drove past their hotels out of town). Nic survived the hour bus ride along winding hairpin bends with no upset stomach and was ready to tackle the hike when we arrived at 7:30am (after all necessary breakfast and toilet stops!) 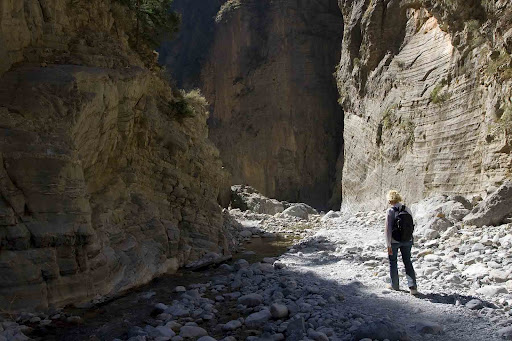 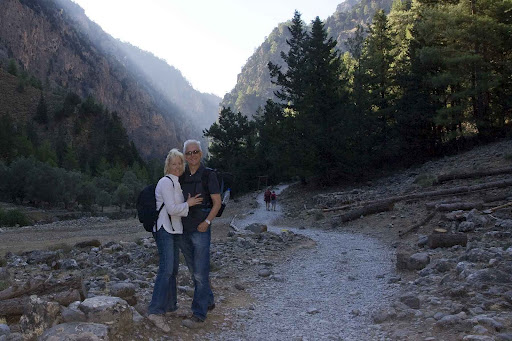 Lots of shots of us at different points along walk (16km is a LONG way, plenty of time to snap off quite a few pics!)
The gorge is incredibly beautiful in its rock formations and strata, and to see the remains of the village of Samaria (which was occupied until 1962) was quite surreal. It was also a joy to see the only large wild animal of Greece, the kri kri (wild mountain goat) in this great national park. Some of them were quite used to people and approached at one of our rest stops (at the village of Samaria) to check if there was anything interesting on the menu – but there wasn’t! Only orange! – SO not interested!) 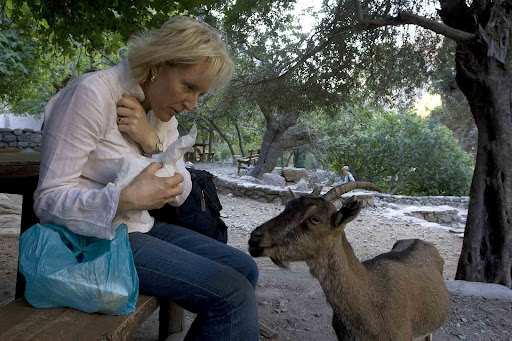 Wild (or not so wild!) kri kri looking for food 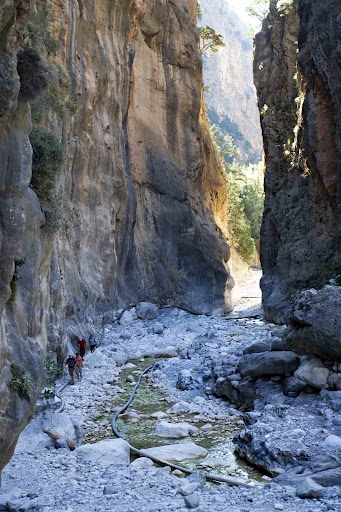 ‘The Iron Gates’ – gorge is only 3m wide at this point 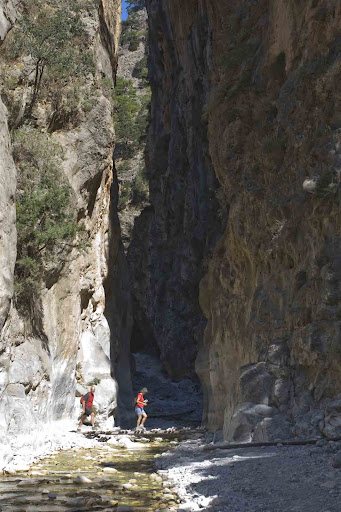 Again, from the other side
We made it to the bottom unscathed, which is unusual, both for us and, it seems, the majority! It seems incidental accidents are common place and donkeys are at the ready to spring into action on their rescue missions when called on (there are men with walkie talkies ready with donkeys when the call comes). At the end of the season there are only about 800 people walking the gorge daily, compared to about 2000 in the height of summer. So glad we travel in the shoulder period! We actually had the opportunity to enjoy the wonder of our surrounds without the constant press of people. Once the initial rush of everyone setting off had subsided, we were often alone, except at rest points (due to our swifter walking style!). Lovely really. 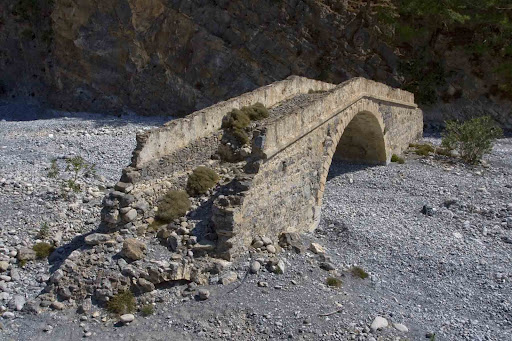 Old bridge on southern side of the gorge 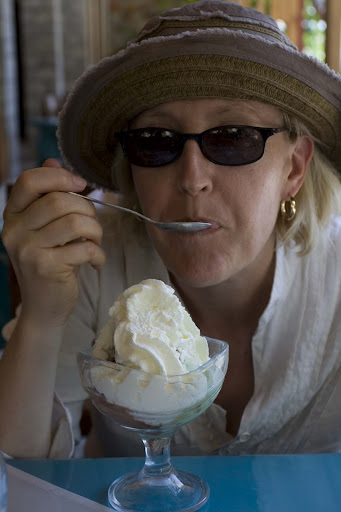 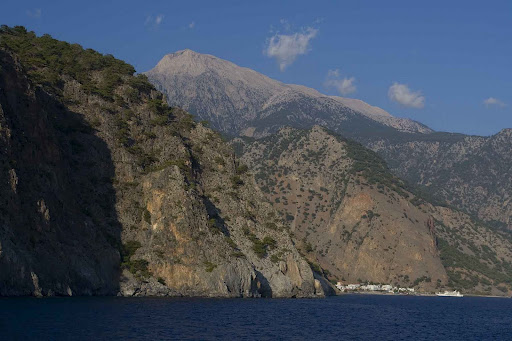