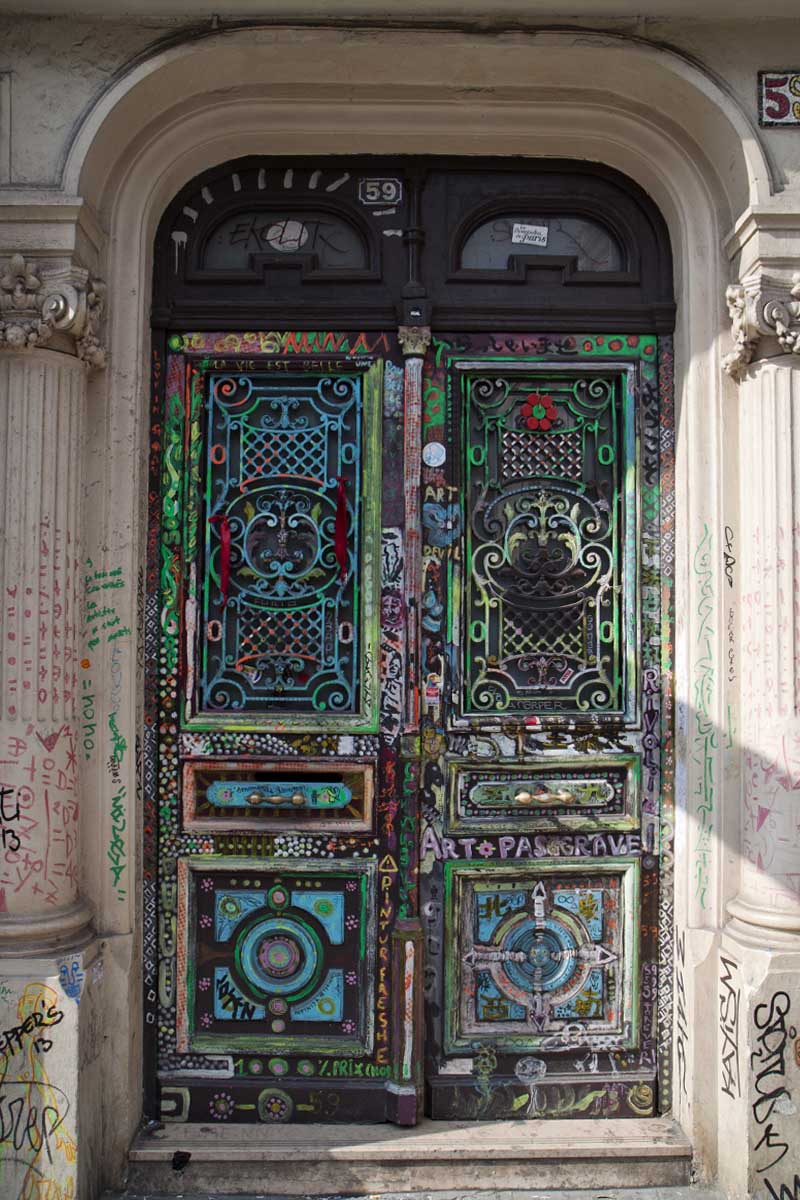 After our visit to Lapin Agile last night, we ‘metroed’ home and spent far too long talking into the wee hours. That in itself wasn’t a big issue, but there was a loud ‘domestic’ somewhere in the surrounding buildings echoing around the inner atrium, which began at about 2am (as we were going to bed) and continued for some time…3am…4am…Must have drifted off to sleep then, and they started again (or continued??) at 7am. Yelling, banging, throwing things. Slept for a brief moment or two more, then decided to abandon all hope of rest, and got started on the day. As several buildings bordered this large cavernous light well, and the sound bounced all around, there was no hope locating the culprits or reporting them. And as my French is pretty much zero, I had no idea if they were fighting or just partying hard! This is Paris, after all!

Being our last day in Paris, we wanted to just wander and soak it all in…again…and more! We had a lovely touristy stroll through the courtyards of the Louvre, took the obligatory pics then decided to go on the Ferris wheel in the Tuileries Garden (la Grande Roue). Must point out that the Louvre is the only museum in the world we have been to that you cannot enter the gift shop for buying stuff without lining up with all the other people wanting to do the full museum visit. Disappointing – am sure I would’ve bought more than a tea towel at this place! This was followed by a delightful stroll down the memory lane of our childhoods with all the ‘show’ rides and fairy floss stuff – all the same contents, just in French (although our ‘shows’ as kids didn’t have churros – and they were poorer for it!).

Popped into the Drama conference in the afternoon and sat in on a few papers. Jane’s was particularly interesting, and the others…not so much. The courtyard at Diderot University was full of Drama teachers from around the world (with a VERY strong Australian contingent!), all making plans to meet up for their last day. We pretty much left them to it and headed back to the flat for a rest (feeling ‘old’ much?). So, we ‘rested’ – and finished off the wine and cheese (had to clear the fridge before checking out the next morning!)

Dressed for dinner, and met some more Aussie drama people at our corner Chinese restaurant. We decided not to walk through St Germain des Pres to find a restaurant as we simply didn’t want the inconvenience or stress – happy to declare ‘this is the venue’ and if others decided to join us, then fantastic! Which they did, and a fun time was had by all. And I am sure if we had gone further afield, then we wouldn’t have bothered taking the metro to the Four Seasons George V, and THAT was one of the highlights of the trip! We were so reliving French Kiss – all 3 of us love that film, so it was a very appropriate choice. (Did you know that this hotel has an annual budget of over €1.1million for flowers?!) We had drinks all round at the bar, which was too, too perfect for words – such luxury and class…except for the young woman passed out in the ladies loo (sitting at a vanity table, slumped on her arms). Bless! Still, we managed to keep ourselves ‘nice’ and savoured our single drinks for quite some time, just chatting and loving every moment of being at one of the greatest hotels in the world! 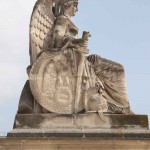 The ‘end’ of the Louvre 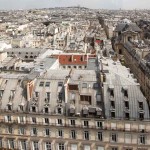 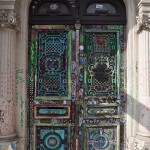 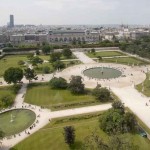 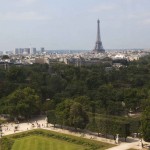 The Eiffel Tower from La Grande Roue in the Tuileries

The view over the Parisian rooftops to Sacre Coeur 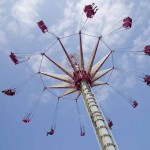 The ‘high spinner’ in the sideshow strip of the Tuileries 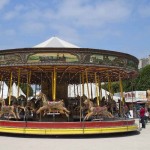 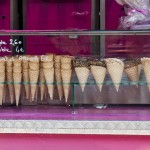 Various cone sizes on offer in the Tuileries side show alley 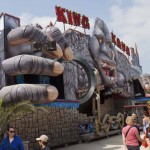 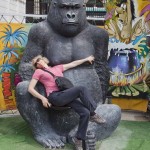 Nic, flirting with King Kong in the Tuileries gardens 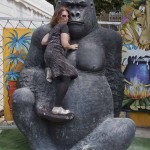 Jane, getting up close and personal with ‘the ape’ – Tuileries Gardens, Paris 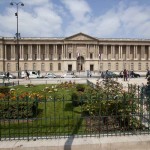 Entrance to the Louvre Museum, Paris 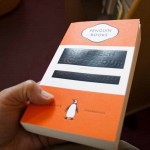 Metal sculpture in the courtyard at Diderot University, Paris 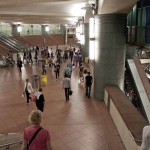 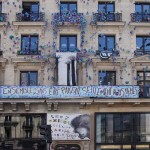 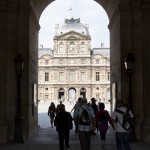 Eastern entrance archway to the Louvre 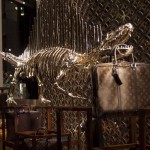 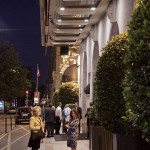 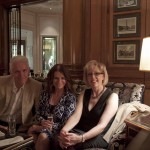 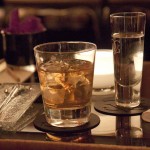 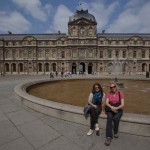 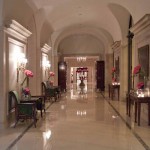 Water feature in the atrium of the George V, Paris

Magnificent floral displays in the foyer of the George V, Paris 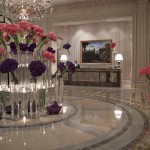 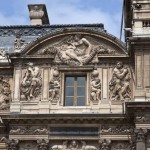 Window shopping in the foyer of the George V, Paris 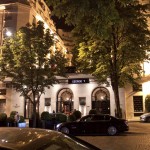 Nic & Jane – contented girls, having indulged in drinks at the George V, Paris

The pyramid at the Louvre…and the line to gain entrance!! 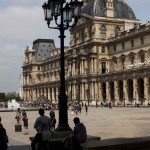 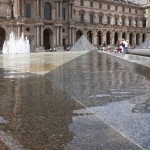