Setting out for Nara in the morning, we could feel the effects of the exertions of the hill climb at the Fushimi Inari-Taisha Shrine from the day before – especially in the calves! The overall general tiredness from the walking, as well as the exhaustion from the relentless heat and humidity, made us grateful for the 30 plus minute train ride to Nara, the nation’s once capital.

Hearing much about the vast quantities of deer roaming free throughout Nara, we were still surprised to see some approach us on the footpath next to the main road, noses extended, to determine if we had food on us. They clearly felt no hesitation leaving Nara Park and trying their luck with tourists who had just arrived and who had no idea how many of these Dsiney-esque creatures lay in wait to hustle them for food.

Todai-ji Temple is a big draw for tourists as it houses one of the largest statues of Buddha on the planet, so we were glad that we had a bit of a head start on the masses by arriving at the temple just after 9:30am. Fewer people sharing a famous site is always a bonus when travelling, and this was no exception. There were still enough about to provide atmosphere with the lighting of incense sticks and simultaneously running from and enticing the deer, but we were able to proceed on the one-way path through the temple without the crush of crowds.

Leaving the temple we explored the grounds of Nara Park, fascinated by the masses of wild deer roaming confidently through the growing numbers of tourists. Deer are considered in Shinto to be messengers of the gods, which is why the 1200 or so deer that live in the park have been designated a “natural treasure.”

There are vendors at various points throughout the park that sell deer biscuits for 150 yen and the animals go mad for them. We could’ve watched the exchange between human and deer for hours – much hilarity was had watching twits trying to hold the biscuits away from the deer who would then proceed to chase them if they ran. They could’ve just stood there and fed them. Fools. Don’t know what’s in the biscuits, maybe something addictive, like sugar! Tourists also forget that they are dealing with wild animals, and if they don’t feel like posing for your photo, you could very well get butted with an antlered head. One woman had this happen to her AND managed to tread in fresh deer crap. Top morning for her.

We witnessed a VERY large group of pre-schoolers with their teachers. Their numbers were broken up into 4 or 5 separate groups, with 2 or 3 teachers per group. The little ones had the same uniform on, but colour co-ordinated hats so they knew which group they belonged to. So adorable! Tiny, tiny humans swarming around in pairs, holding hands, mostly smiling and chatty, but some not happy about it at all. Maybe it was the heat, or maybe it was the holding of hands, who knows, but they were still unbelievably cute!

Meandered our way through Nara Park in the heat, but our energy and motivation began to lag. We managed to see more of the main attractions of the city such as the Nara National Museum, Naramachi Gangoji and the five-tiered roof tower of Kofukuji. But then we succumbed to the desire for food, and headed to the shopping arcade next to the station in search of lunch. This brought us to Hiten Chinese restaurant, which offered vegan food – stir-fried vegetables with fried noodles and beer accompaniment.

Sated, we took an earlier than expected train back to Kyoto, once more savouring the air-conditioned comfort and chance to sit. On the Kintetsu train from Nara to Kyoto when approaching a station for disembarkation, there would be the gentle wafting of chirpy tunes through the tannoy system, alerting passengers to the approaching station. Two odd, but highly amusing, selections were “My Grandfather’s Clock” and “Oh Susannah.” Hilarious choices for the context.

On leaving Japan, we reflected on the very apparent mono-culture that exists in the country. This is something that we had not experienced to the same extent anywhere else in the world, and it was both an oddity and something to be admired. The Japanese are so proud and protective of their race and culture that deviation from the ‘norm’ is rare. Yes, there may be international representation in restaurants and quirky American tunes on trains, but it is all still very Japanese. But what I loved most was the intense respect and deference for one another. In Japanese schools, children do not sit exams until the age of 10. “It is believed that the goal for the first 3 years of school is not to judge the child’s knowledge or learning, but to establish good manners and to develop their character. Children are taught to respect other people and to be gentle to animals and nature. They also learn how to be generous, compassionate, and empathetic. Besides this, the kids are taught qualities like grit, self-control, and justice.” [brightside.me/wonder-places/]. And it is apparent from every single Japanese person you meet, that those manners are impeccable! 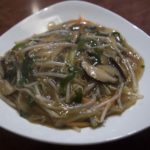 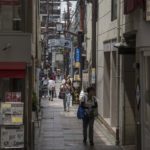 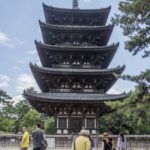 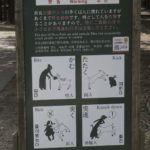 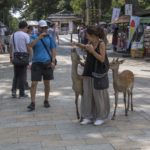 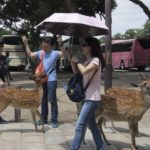 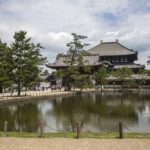 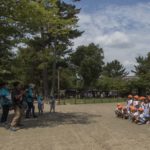 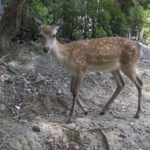 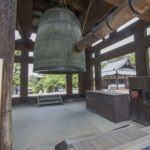 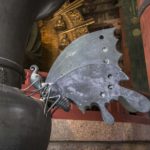 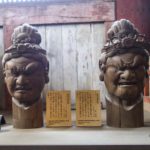 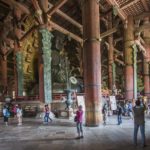 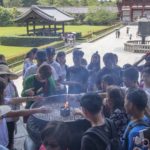 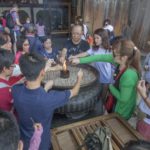 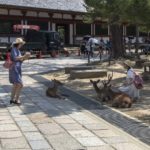 Posing for pics with deer, Nara 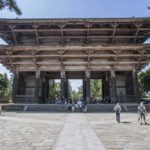 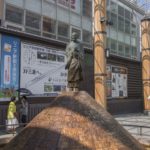 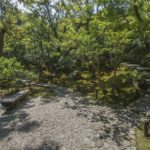 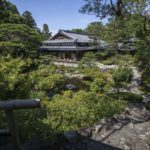