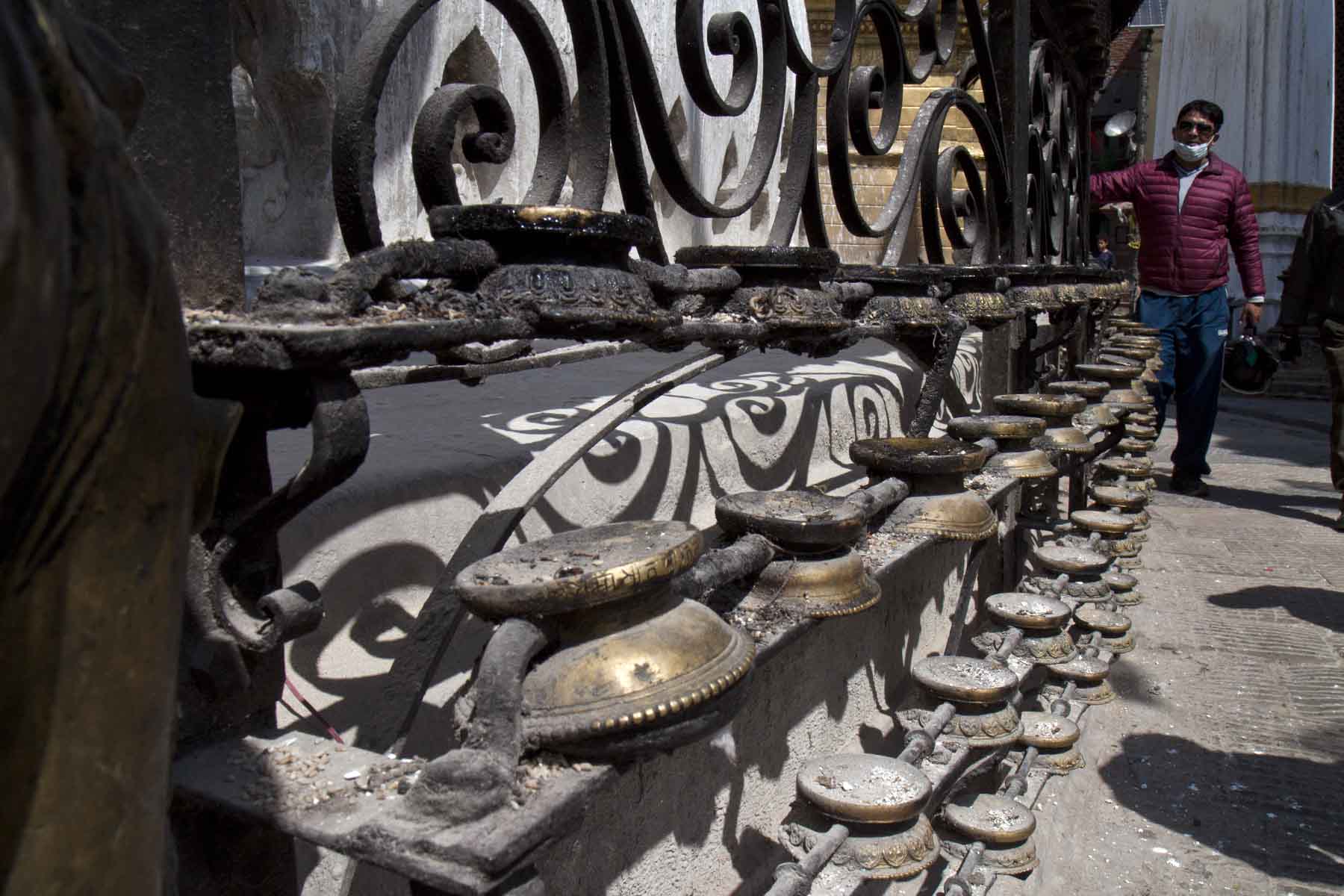 Our small amount of time in the Kathmandu Valley of Nepal was strikingly memorable.This was not alone due to the wonderfully friendly people we met, the deep and fascinating culture or the beautiful, if fragile architecture, it was because all of these things were impacted dreadfully one week after our return when the country was hit by a catastrophic earthquake.It is with deep fondness, sadness and ultimately an intense feeling of good-fortune and privilege that we remember our time in this unique and captivating place.

Another big touring day began with Rajesh escorting us to Swayambhunath Stupa (‘Monkey Temple’), west of Kathmandu Durbar Square. It stands high above the city, seen below through the ever-present smokescreen of smog. Apparently, it clears immediately after rain…

As with every other temple or stupa we have visited in Nepal, it is a family affair – kids accompany their parents to make the offerings to gain the favour of the gods. Bells are rung and food is placed in shrines, only to be smartly pilfered by the scavenging monkeys who bare their teeth if there are any objections. But both parties in this ‘exchange’ are familiar with the ‘routine.’

The supporting act of this stupa (apart from the shrines, monastery, museum and library) are the vendors – lots of stalls with people flogging their wares that may or may not be authentic (or even made locally!!). But some of it is pretty, and makes for economic and easily portable souvenirs.

Leaving the brash and hairy mascots of the temple to their territory, we headed south to Kirtipur. This is one of the 5 ancient cities of Kathmandu (the others being Kathmandu, Lalitpur, Bhaktapur and Madhyapur Thimi), which were once completely separate, walled metropolises, with their own kings and defended by their armed forces. Unlike the ‘three biggies’, Kirtipur does not have an individual UNESCO Heritage listing, so it doesn’t get a lot of tourists, and, in fact, was quite a sleepy little place. When we went to pay our entry fee, the guy had no change, so he was happy for us to pay on our way out after lunch!

We had a short but memorable time in a small crowded workshop with women who were weaving rugs – the quality of which is so fine, that they are not sold in Nepal, they are only for the overseas market. There were about 15 or 20 weavers in this confined space, working together in pairs or threes on each piece of carpet. These women usually being work at 10am and don’t break until knock-off time late in the afternoon. But what was clear in this cramped and poorly lit workshop was that women are the same the world over. These spirited and intelligent people chatted as they worked, flirted with our guide, and asked us, through Rajesh, if we had brought them any snacks! My pathetic offering was only a small bag of pepitas, which I passed around to the mixture of bemused and amused faces – one asking, “Do I eat these or plant them?” – these women were fun. After we left the workshop, I bought 20 small packets of crisps to give them on the way back. The looks on their faces were priceless!

In the meantime, we climbed to the top of this tiny city to the Uma Maheshwar Temple. Guarded by twin stone elephants ridden by small sombre men, the temple is compact and worn, but of historical significance. This is the spot where the residents of Kirtipur made their last stand during the 1768 siege (and when they lost, the men of the town had the noses and lips cut off as punishment). These days, things are much more chilled. With no threats from marauding forces, old men gather at the temple, doing as all old men do – sitting and chatting, enjoying the view and the sun, and smiling and nodding at inquisitive tourists, happy to pose for a pic.

The mellow mood of Kirtipur’s seniors was catching, and we enjoyed a leisurely lunch at View Point Restaurant looking out across all of Kathmandu. Cheap beer and excellently cooked traditional Newari set plates were on offer – we went with flattened rice, soup, curry, toasted soy beans and garlic (delish!) and potatoes. We added some deep friend vegetable momos to the meal (even though they aren’t quite ‘traditional’ here) simply because they are so tasty. The toilet at this restaurant, however, is best avoided.

Our drive to Nagarkot was the usual dusty, bumpy ride that all driving has been in Kathmandu. But it was only an hour, so that was good. Club Himalaya Resort is the most upmarket accommodation in the area, and does have all the bells and whistles that usually come with a resort, including day spa (with plenty of options on the treatment menu), pool, restaurant, bar and any number of nature and adventure diversions that you may seek. It also has views of the Himalayas…apparently! But we couldn’t see a thing from our balcony room in the new wing because of the pollution that covers the entire valley (which didn’t lift in the 3 days we were there). Luckily, we were ensconced in sufficient luxury with excellent food, service and massages to keep us amused without the stunning view that comes after rain.

Walking through Nagarkot village and surrounds

Spent the morning going for a stroll through Nagarkot village and beyond. The main village is pretty much two meandering cross streets and their offshoots, with the area surrounding the intersection filled with small shops, homestays and restaurants.

Rajesh led us further afield and we got to witness the true Nepal. These people really do live with the basics – squatting at the outside tap (the only tap) and washing the clothes on the cement square base, washing their hair in the front yard. There were chickens, ducks, cows, goats and dogs everywhere. Even saw one cat (not as common as expected). Came upon 4 small children (two of them about 8 years old, two about 4 years old) who cheekily asked for sweets and money and then tried to join hands to block our path, giggling the whole time. My answer was to tickle them – it worked a treat. I only had to do the squeezy finger action and make the tickle noise at the youngest boy and he would laugh and run away. They were persistent though, and ended up resorting to throwing rocks as we left their ‘boundary’, obviously not happy that their clearly well-practiced tactics did not yield the desired effect this time. But the relatively harmless projectiles left an unpleasant aftertaste.

On the way back through the main village, we popped into an art gallery – there were some amazing watercolours that had caught our eye from the street. On closer inspection, we found even more, but decided to think on things over lunch. The shop owner visibly drooped and said goodbye, clearly thinking we would not return. But we did, and were thrilled at the discovery of a wonderful Nepalese artist named NB Gurung, buying 5 of his works – 3 watercolours and 2 acrylics on rice paper. (Gurung’s work can also be bought at his gallery in Kathmandu and online). We were very happy shoppers!

Our guide was Rajesh Shahi

He can be contacted on Facebook or via email: rajya.shahi@gmail.com

Other relevant articles on Kathmandu since the 2015 earthquake:

Photos of Kathmandu before and after the 2015 earthquake – BBC News

Is it time to go back to Nepal? – Lonely Planet 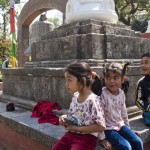 Kids waiting for their parents at Swayambhunath Stupa, Kathmandu 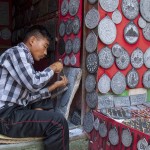 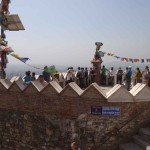 View of a hazy Kathmandu from Swayambhunath Stupa 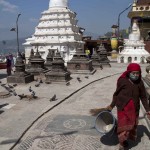 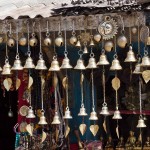 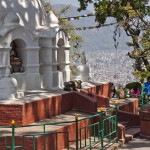 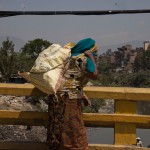 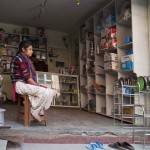 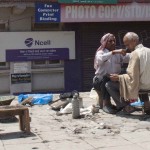 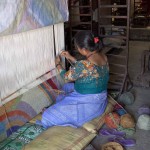 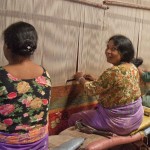 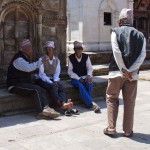 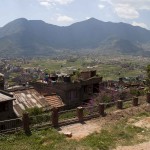 Clear view of the mountains from Kirtipur, Kathmandu 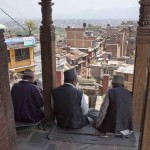 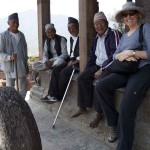 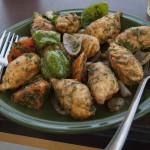 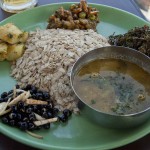 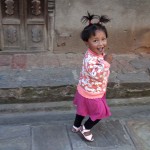 Newari cuty looking like Pebbles from ‘The Flinstones’, Kirtipur, Kathmandu 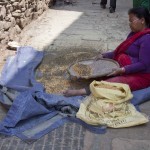 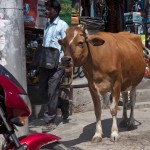 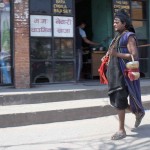 ‘Reo’ on the back of a truck, Kathmandu 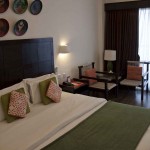 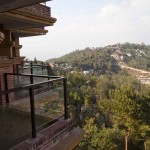 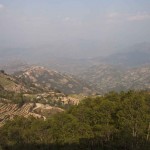 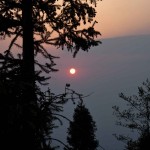 Staring at the sun, Nagarkot, Nepal 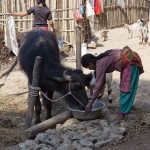 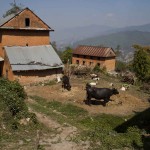 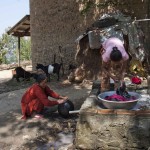 Doing the laundry and the dishes, Nagarkot, Nepal