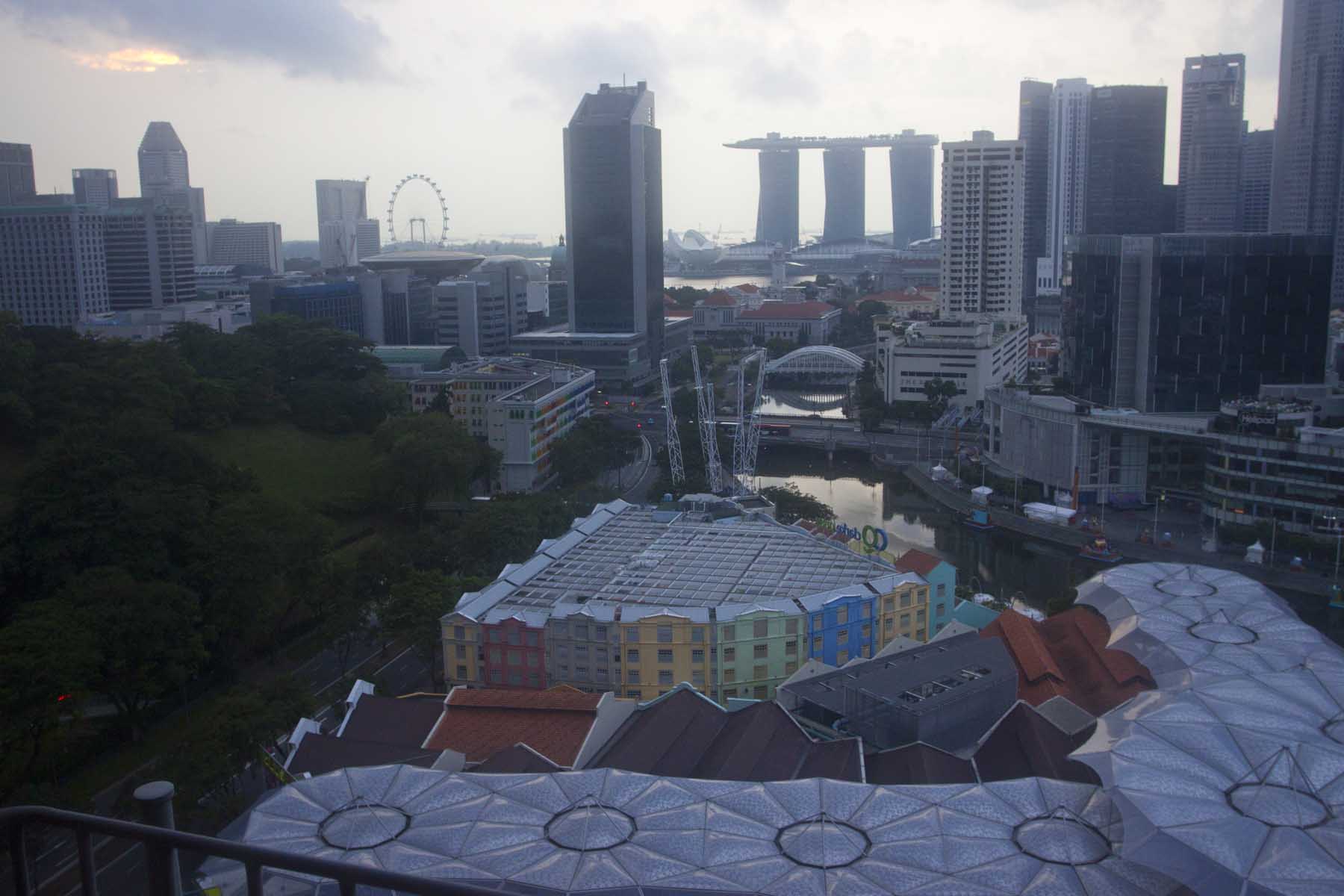 The first impressions of Singapore is that it’s bloody hot, but really it’s the stifling humidity rather than the actual temperature. The days have been in the high 20’s, but it feels much more oppressive than that. I wouldn’t like to be here in the middle of summer when it gets to about 38C and it’s STILL humid! But thanks to this humidity, one thing that really is lovely is the lushness of all the greenery. Singapore is often referred to as the ‘garden city,’ but a taxi driver pointed out that a visiting celeb said it was more a ‘city in a garden.’ Very appropriate. 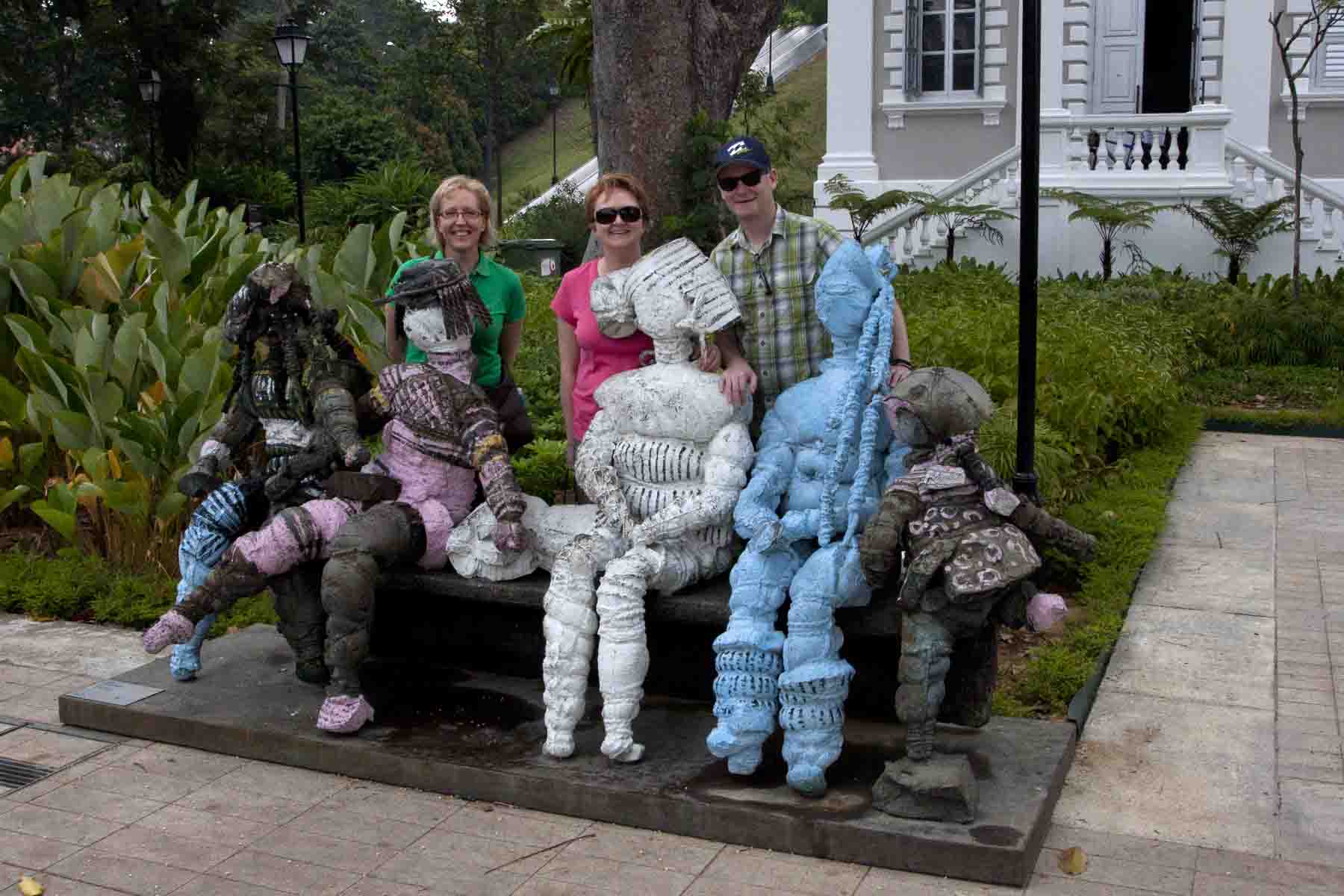 Waiting for the school bus

The city itself doesn’t really come alive until after lunch. Some shops in even the busiest areas don’t open until late morning (unless you count Starbucks and the dodgy tourist souvenir shops). It’s very like Spain and Argentina (except there are no siestas!) – all shops are open until midnight every night of the week – I have no idea how there is all this need to go shopping!! I guess this is the way they combat the heat and humidity, by shopping at night. 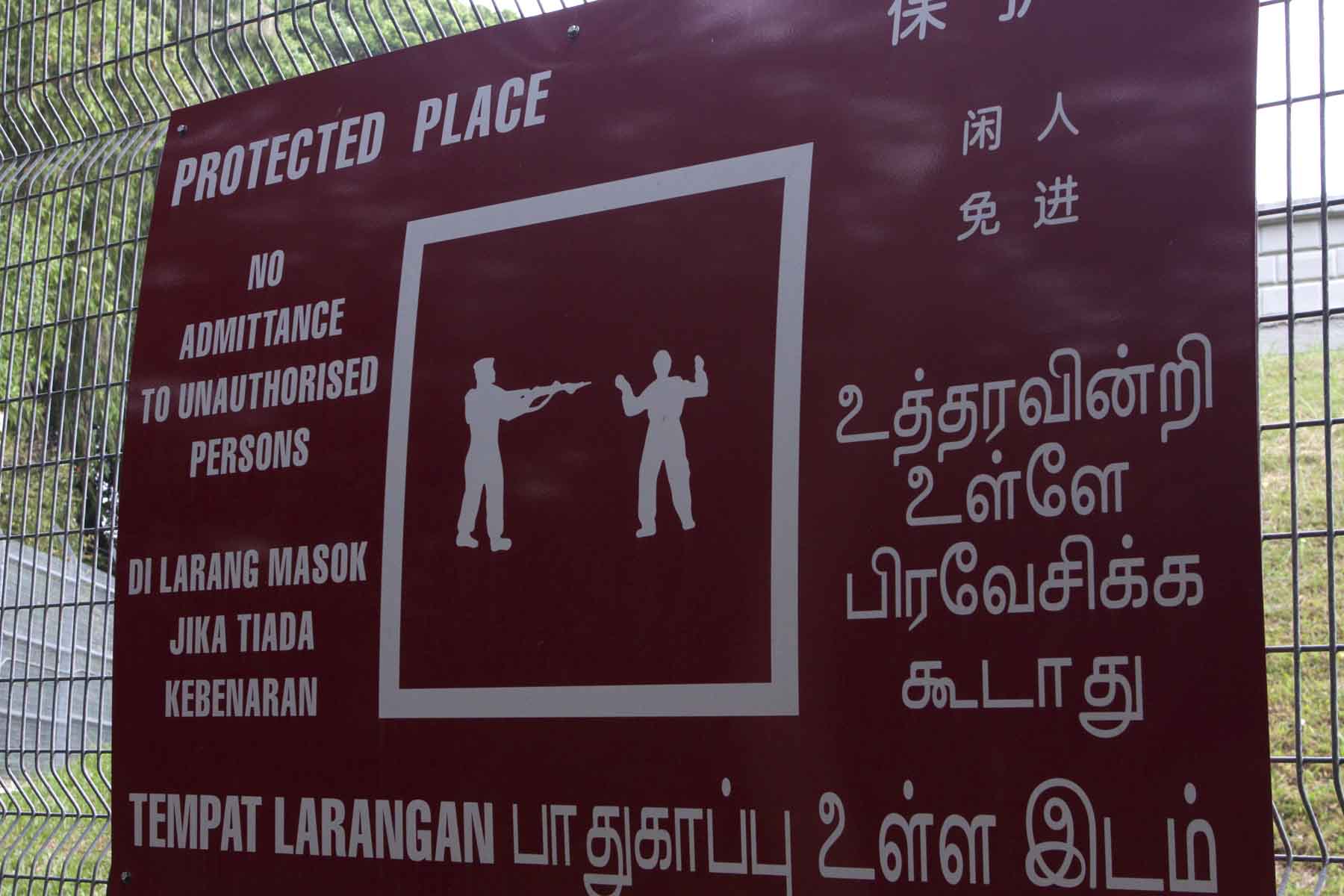 With John arriving late Saturday night, the real holiday began on Sunday. And we took off at a cracking pace! After a good night’s rest at the Novotel Clark Quay , the day began with a walk through Fort Canning Park, a hilly area in the Colonial District of Singapore. There remains Fort Gate – the surviving gateway to Canning’s fort – and the 1939 underground operations bunker from which the Allied war effort in Singapore was masterminded (now restored, called the Battlebox, and a tourist attraction). We kept strolling through the humidity at a leisurely pace, savouring the established trees and lush foliage, until we arrived at the National Museum of Singapore. We were lucky here, as for some reason, we weren’t charged admission (maybe it was free on Sundays or maybe they liked the cut of our gib, who knows?), AND we pretty much had the museum to ourselves. Most pleasant.

Tree art (on the way to the museum) 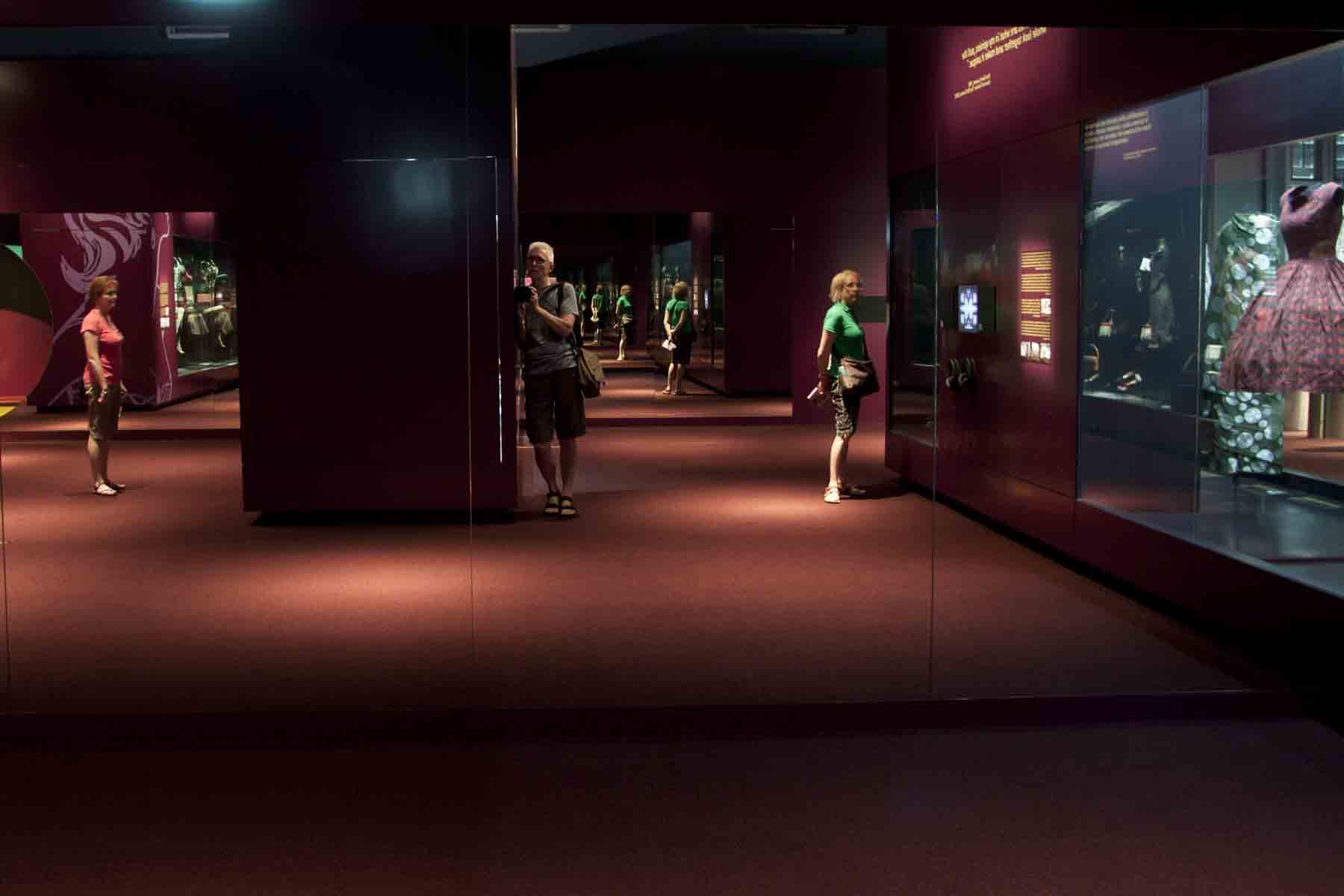 Costume exhibition at the National Museum

After the museum, we had some rushed lunch at the food hall in the shopping mall below our hotel, which was much nicer than it sounds! In Singapore, there are very strict regulations imposed on the food service industry, and pretty much everyone eats out, so the quality of the food is good. There is still plenty of very ordinary western fast food rubbish available, but the more traditional Asian food is so very yummy. 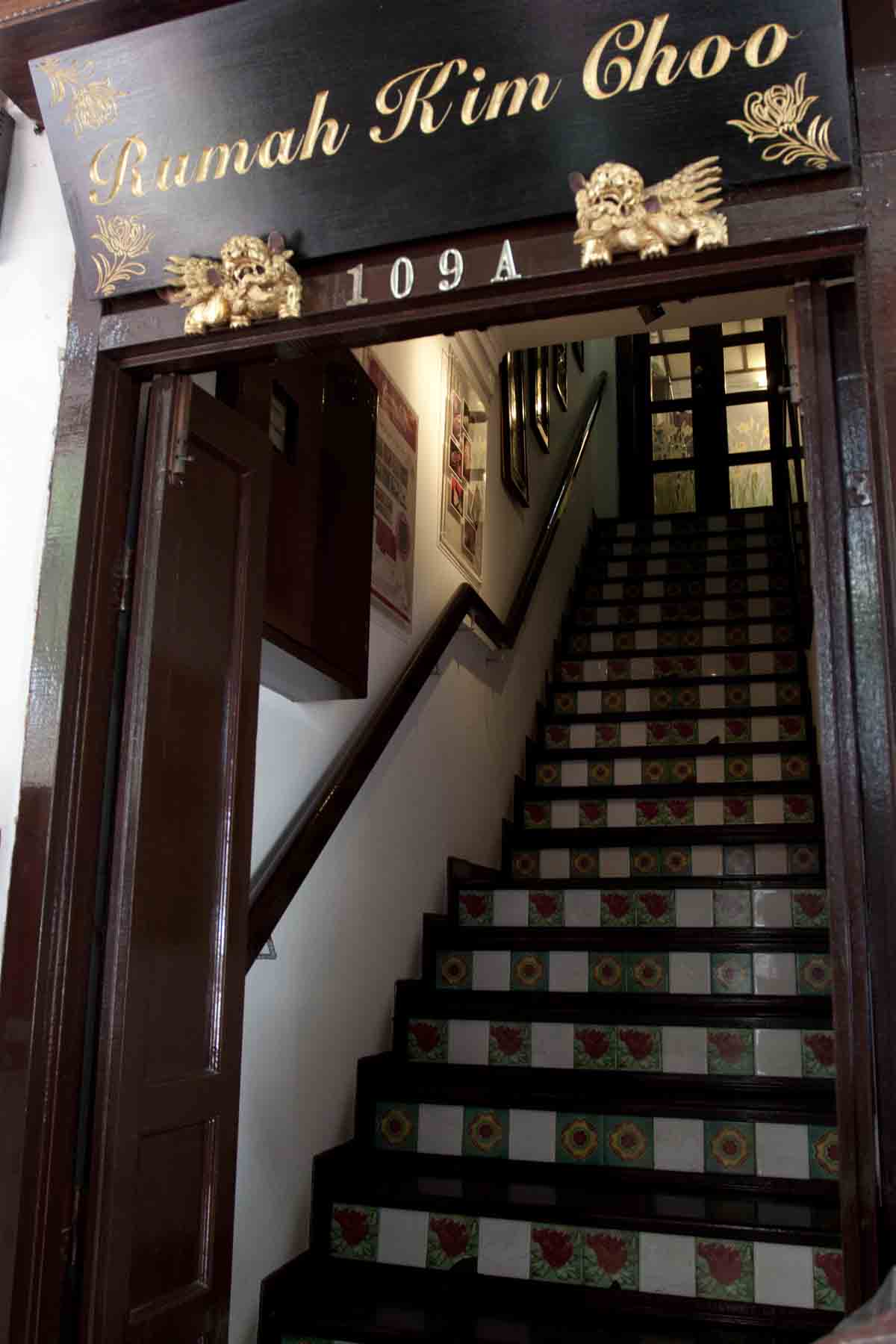 In the afternoon we were collected from out hotel for a tour of the ‘Heartlands and Changi Museum.’ This tour took in the areas of Katong and Joo Chiat, focusing on the gorgeous architecture of the traditional shophouses (mostly from the 1920s), before moving on to Changi Museum and the village of Changi. The museum was very moving and quite confronting. It was also surprisingly inspirational when reading of the prisoners’ fortitude during the occupation, and the atrocities that they overcame with such good humour and camaraderie. 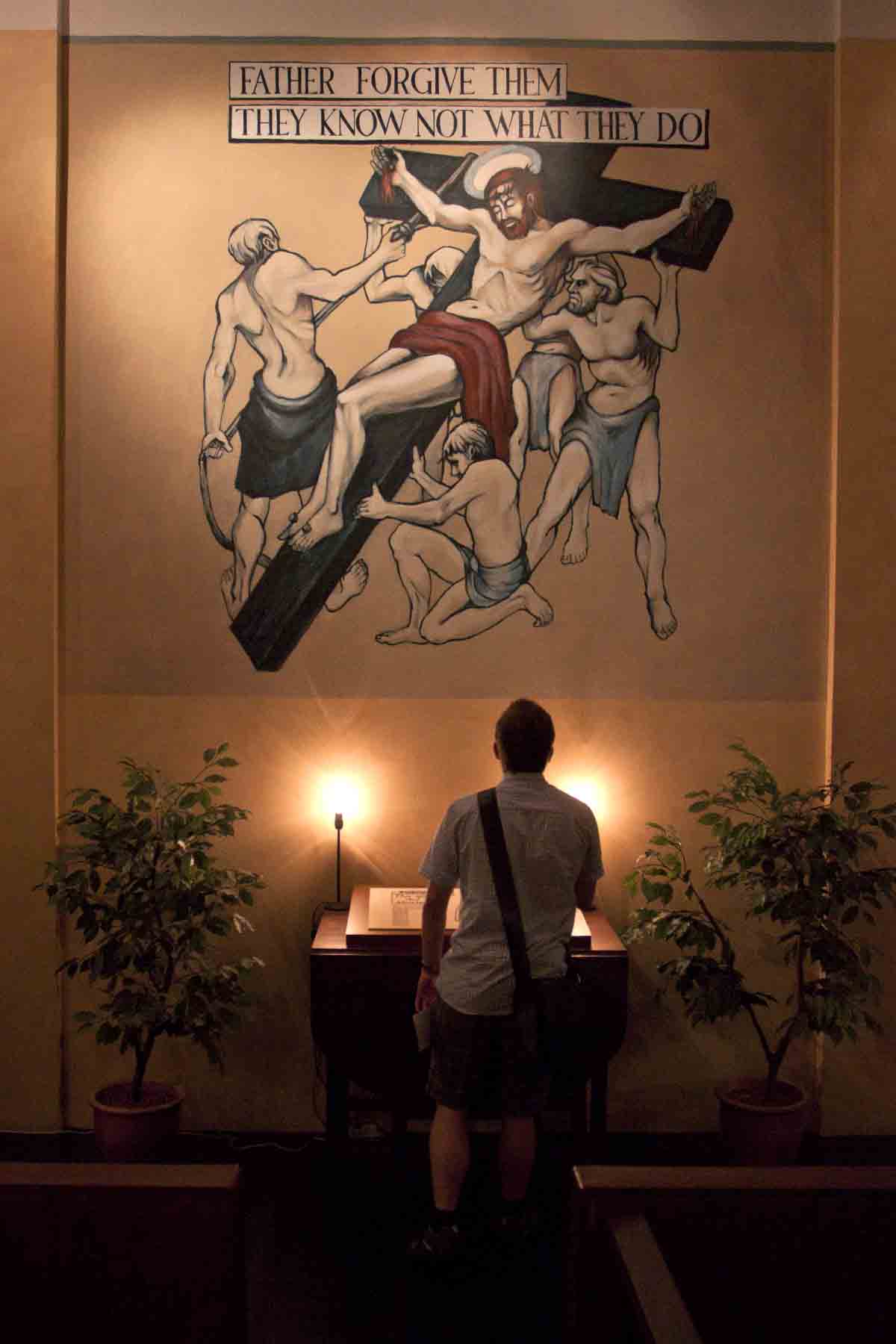 Due to a narrow window of opportunity for dinner (thanks to another tour that evening), we got takeaway from the food hall and scoffed it with some wine in our rooms. We were then collected by the same tour company for a Night Safari tour at Singapore Zoo. A great time was had by all as we meandered our way through the night looking at lions and tigers and bears (oh, my!) from the safety of a tram/bus and the dimly lit walkways. Excellent way to spend the evening! 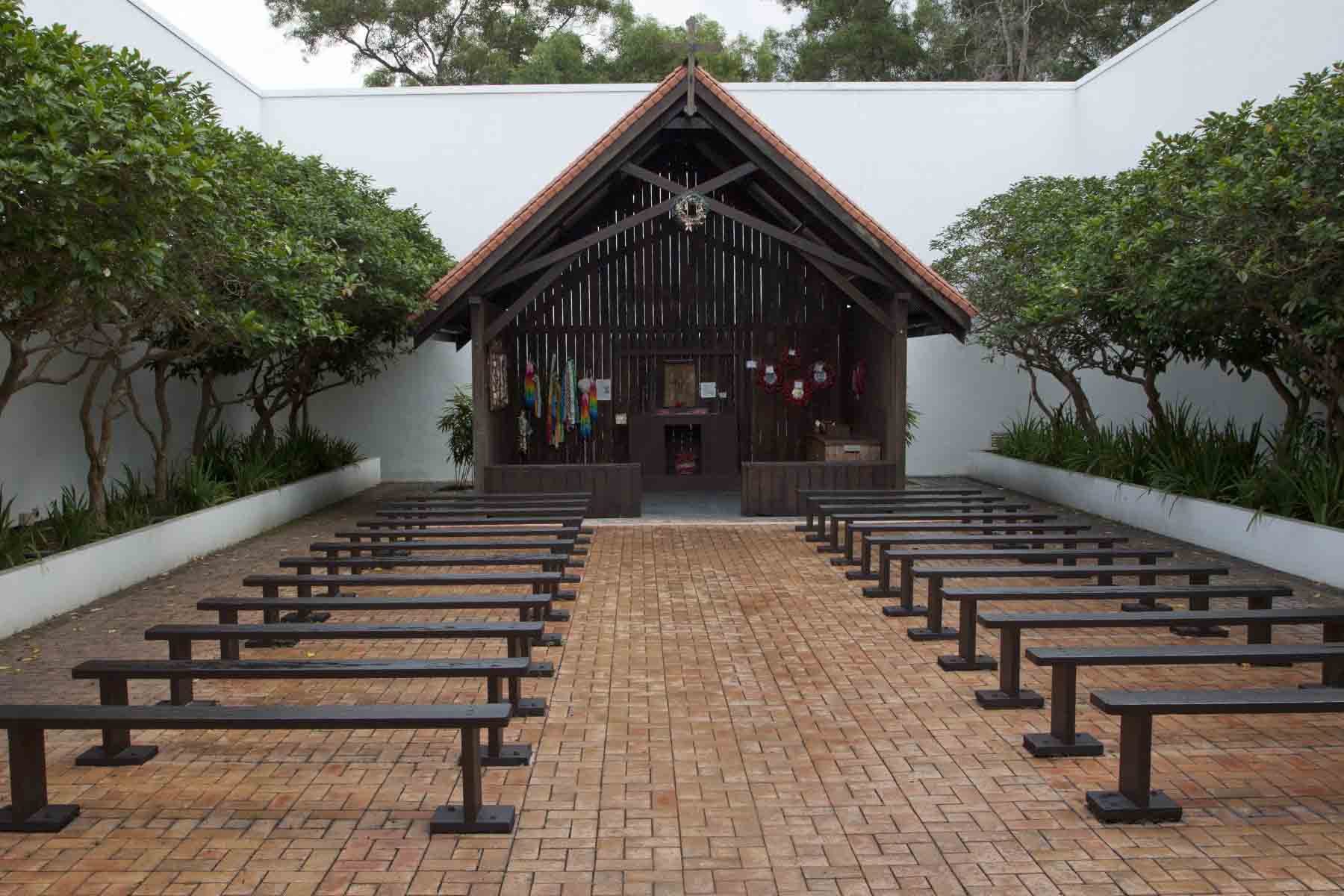 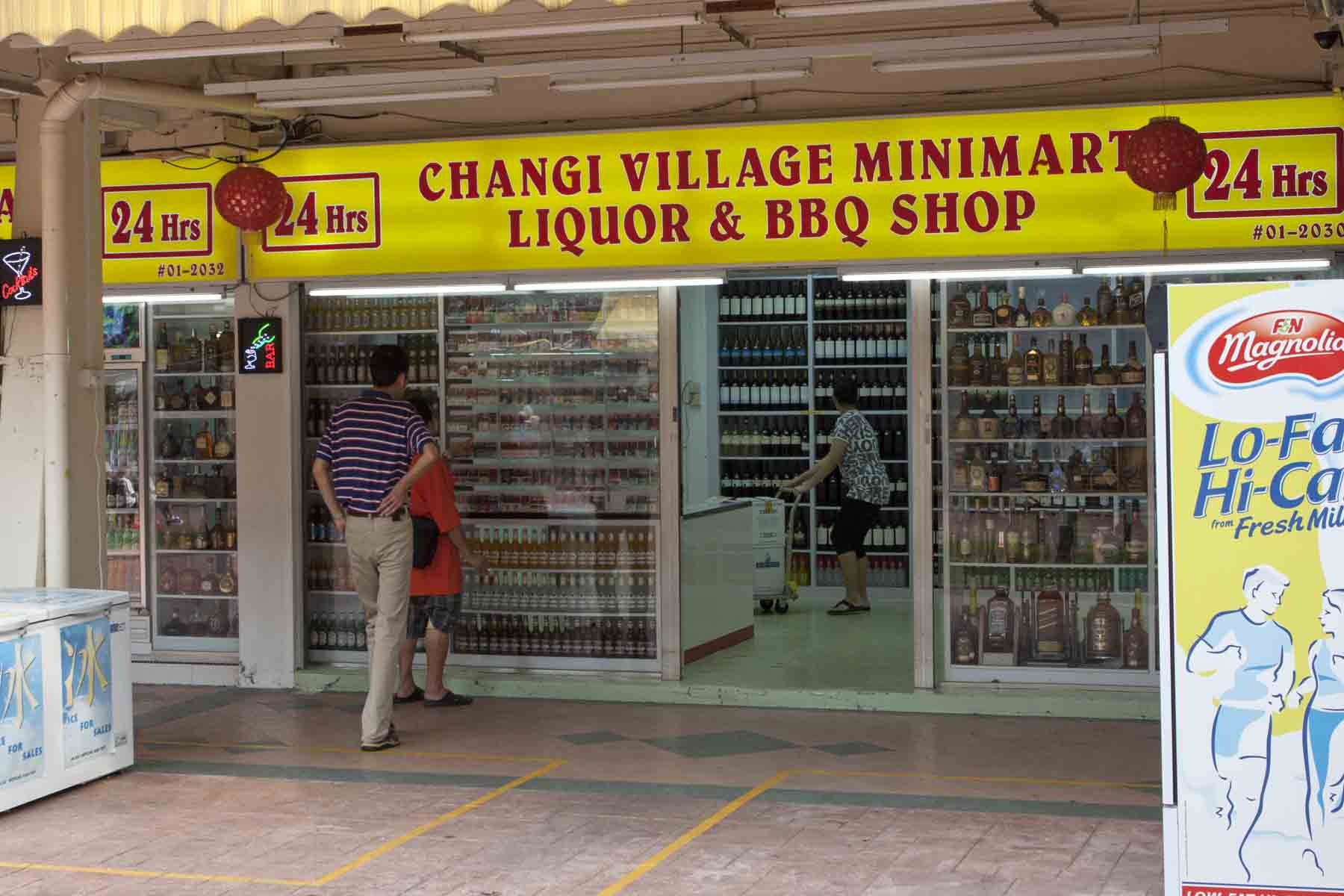 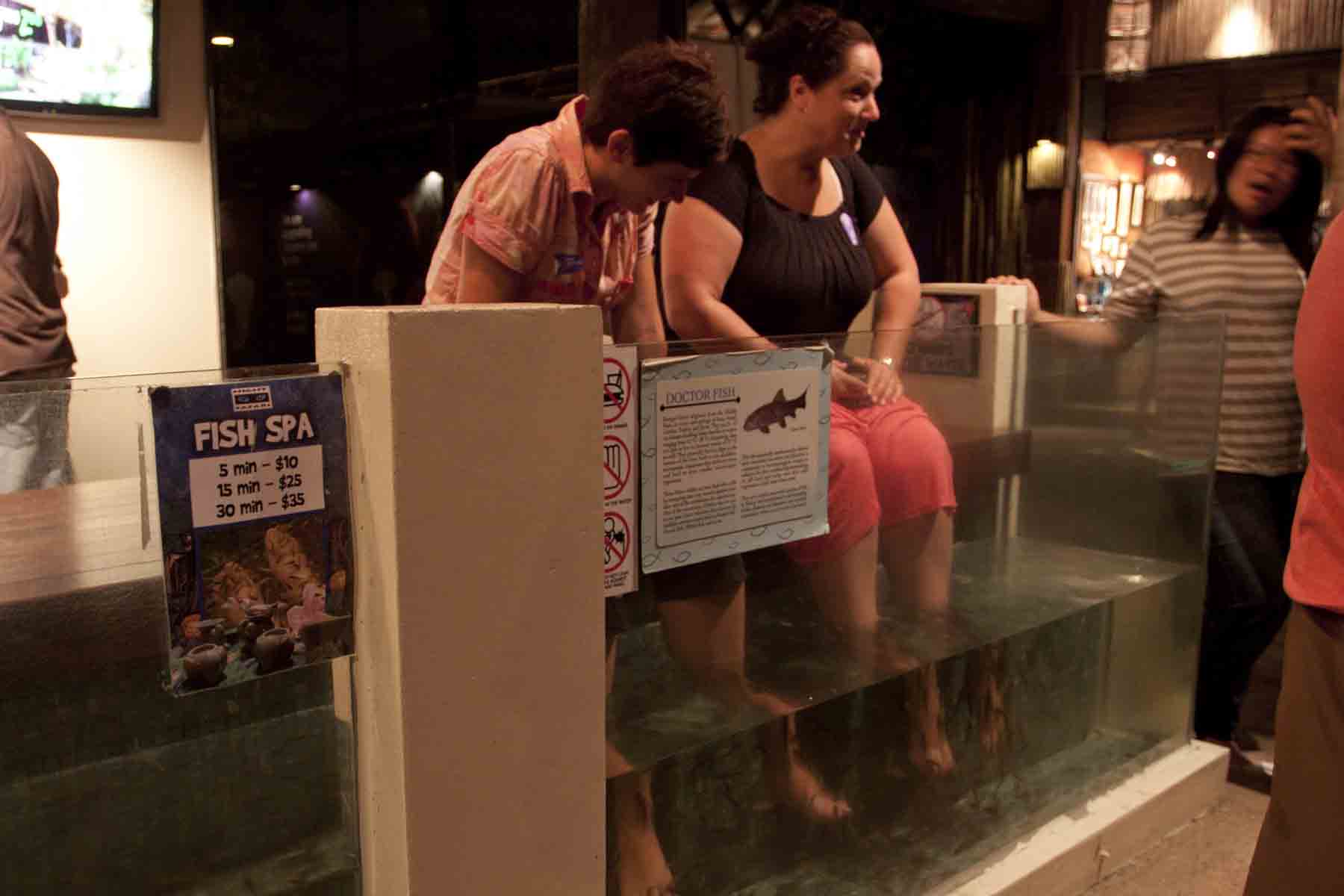