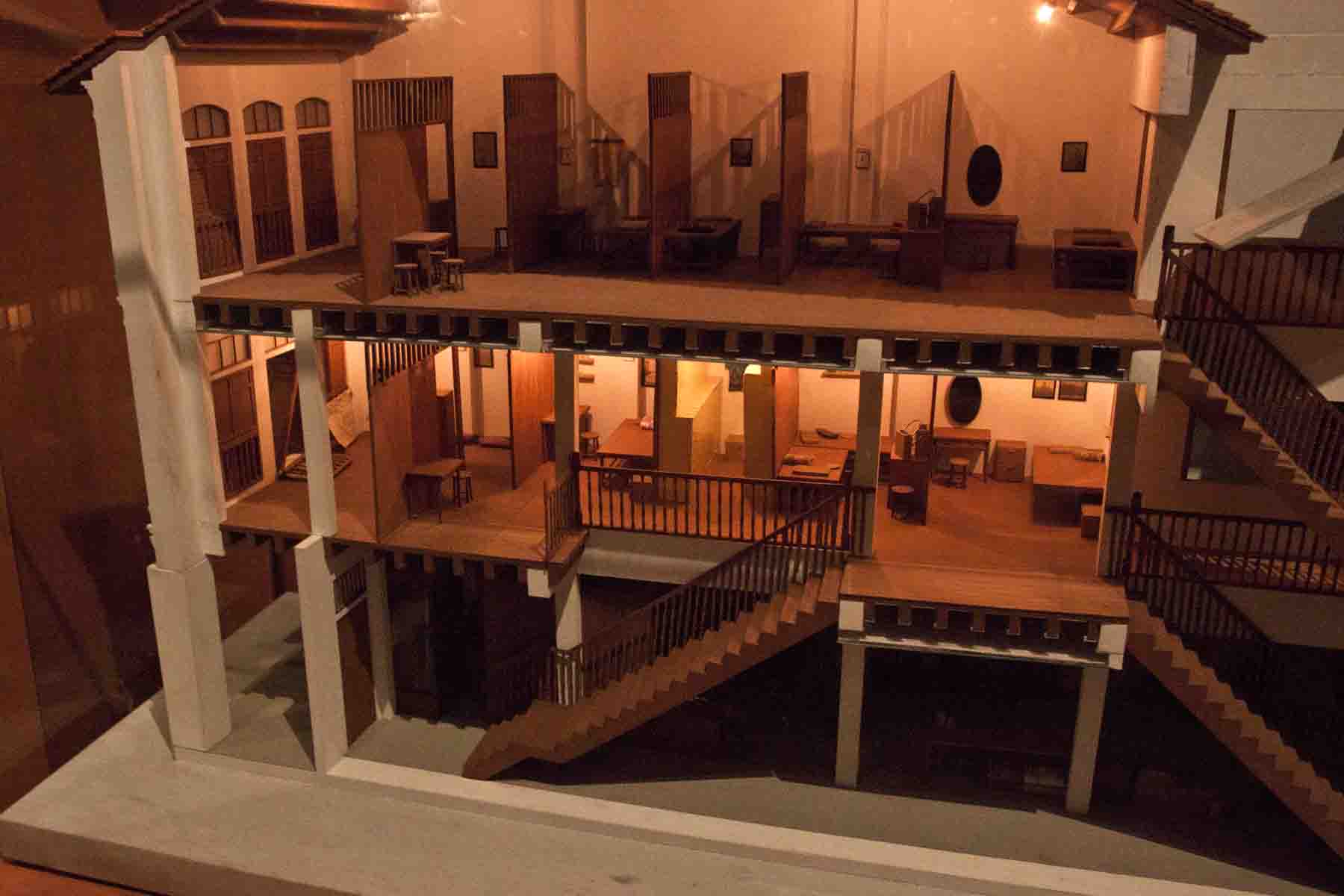 Model of an old shophouse

Our visit to Chinatown began with a taxi ride, rather than a walk – mainly because we really had no idea how close it was (we discovered a short cut on our walk home). Our first stop was the Chinatown Heritage Centre on Pagoda Rd, which is housed in three restored shophouses, and brings to life the history, culture, labours and pastimes of Singapore’s Chinese settlers. The atmosphere is built by the detailed oral histories and the recreated mockups of the actual old shophouses, which shows the cramped conditions in which they used to live (forty families in the 3 floors of one narrow shophouse). 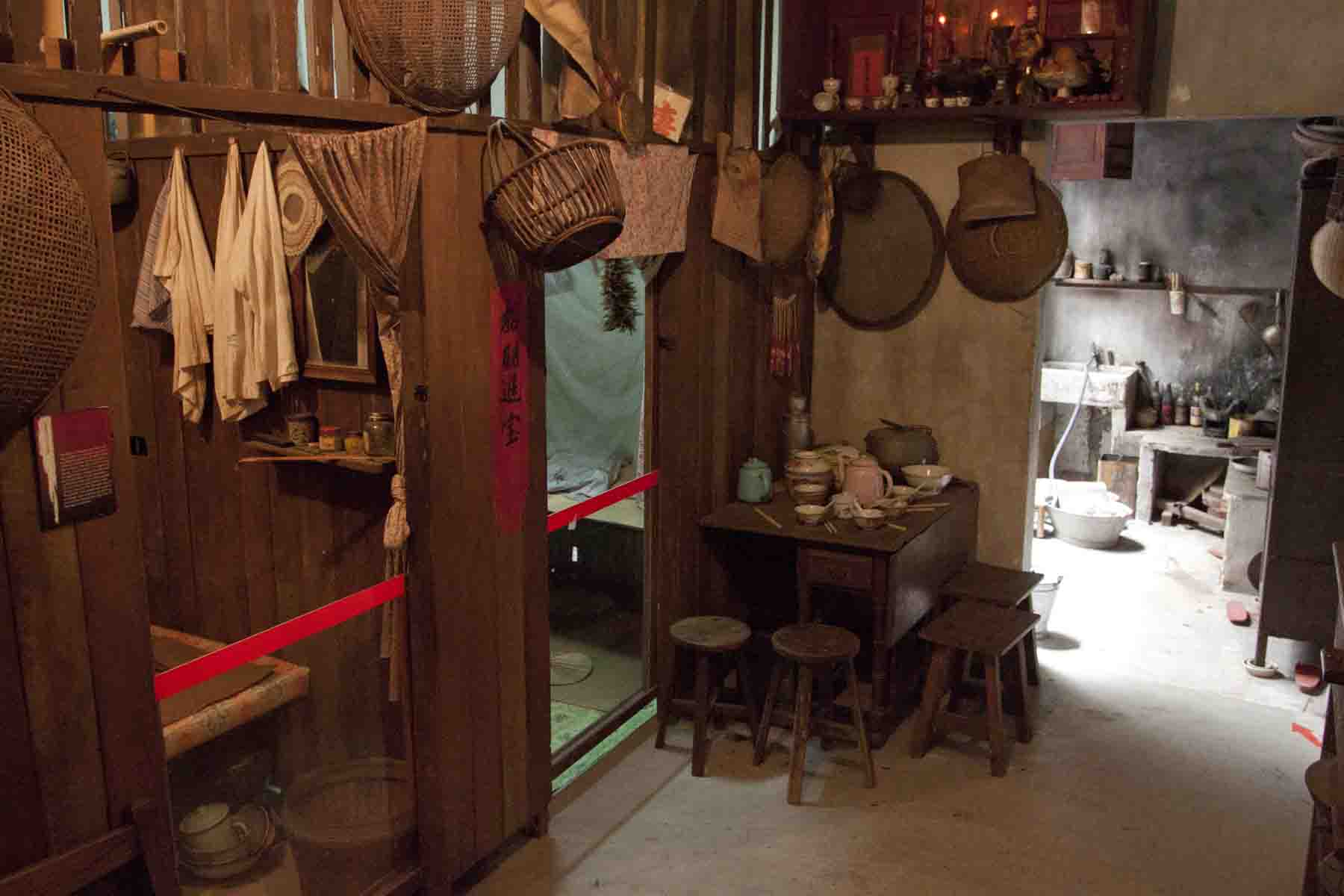 We wandered around the shops in Pagoda Street, where we were enticed into a camera shop (right next door to the Heritage Centre), and paid far too much for some equipment for John. There are bargains to be had in Singapore, but you will NOT find them at Digitronics Synergy, 52 Pagoda St. Moral of the story is do your research and be wary of all “bargains.” But Nic found some beautiful bamboo and silk Chinese fans and bought some post cards in another shop, so she was happy! 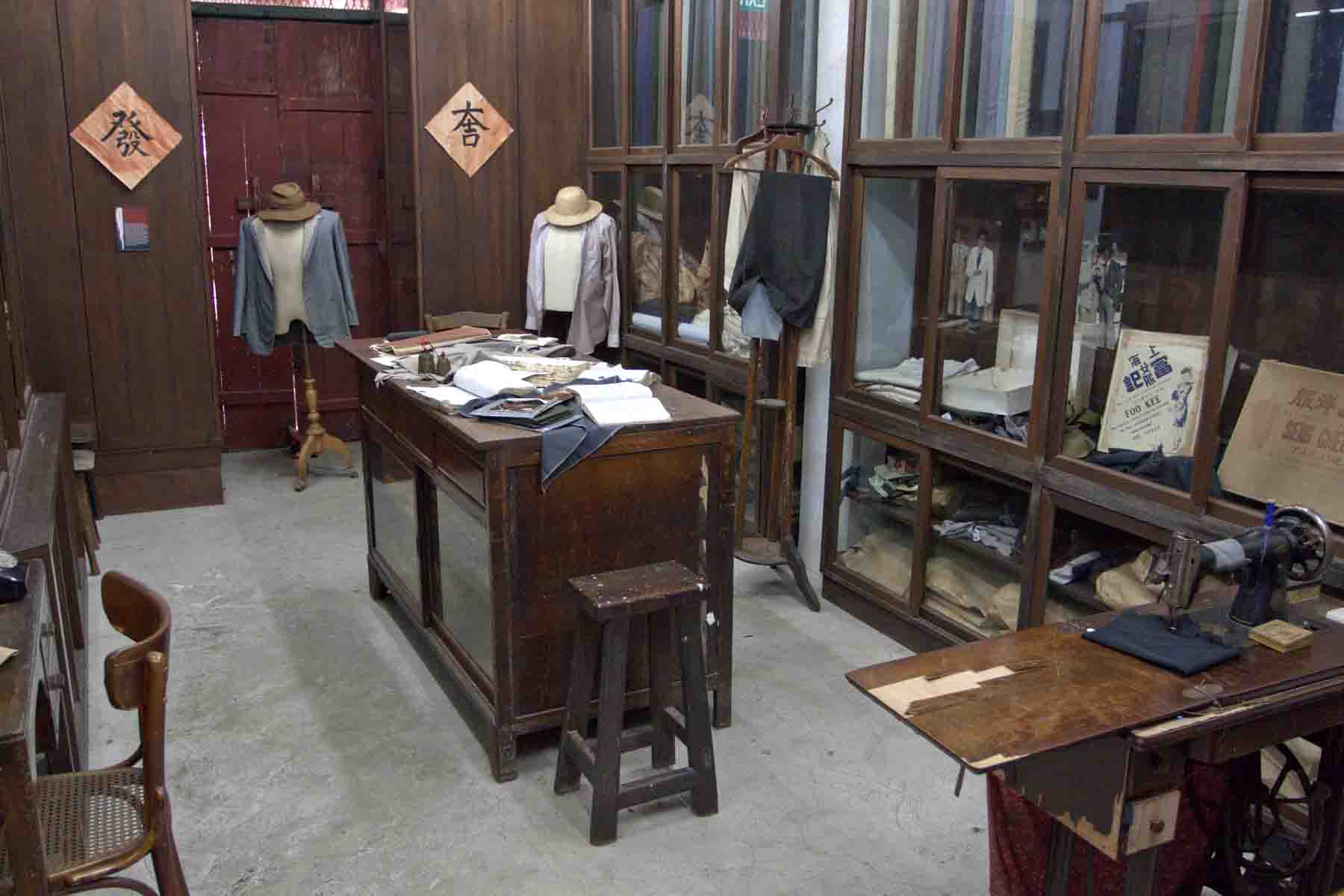 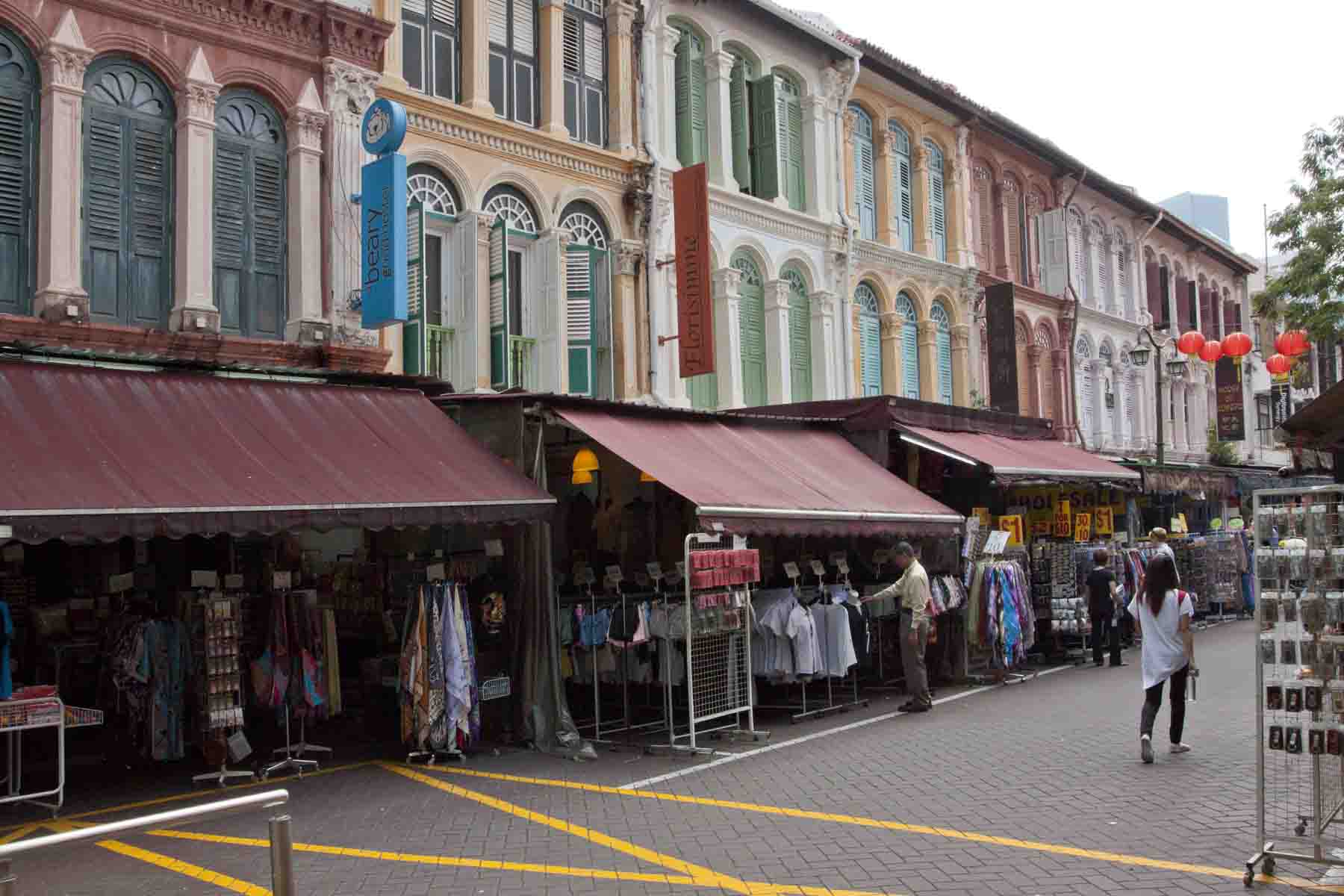 At the end of Pagoda St on South Bridge Rd there is a lovely pale green mosque called Jamae Mosque (also called the Chulia Mosque), established by South Indian Muslims in the 1820s. Back in the other direction is Singapore’s oldest Hindu shrine, the Sri Mariamman Temple, with a wonderful entry covered in brightly coloured deities. Truly lovely carvings and altars throughout. Shoes off in all of these places, which, when the ground is baking in the sun, becomes a tip toeing sprint to the next piece of shade. Continuing on down South Bridge Rd we found the Eu Yan Sang Medical Hall; a combined health food shop and Chinese medical history lesson – with a focus on the healing properties of various birds’ nests, with plenty to purchase for consumption. Ick. 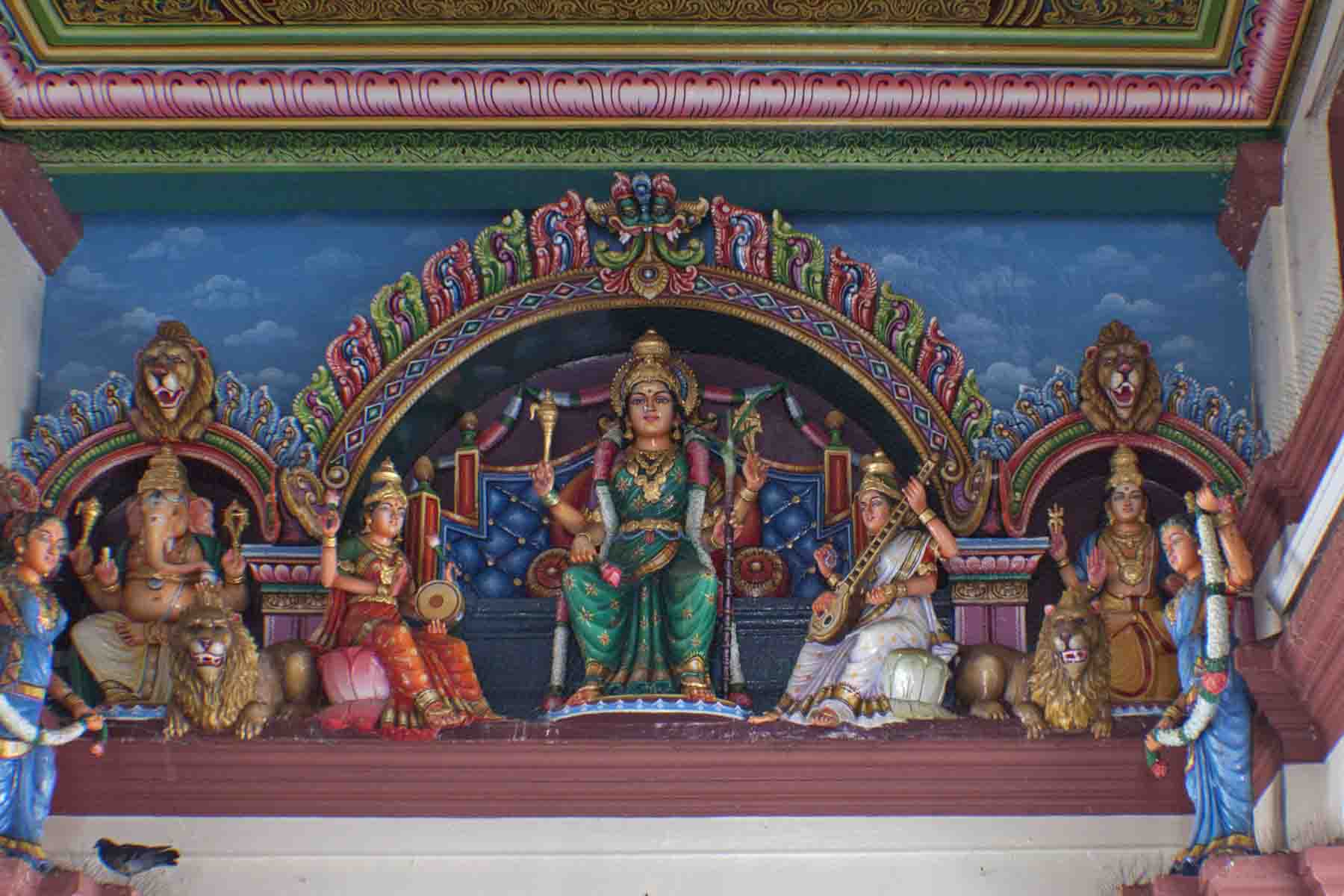 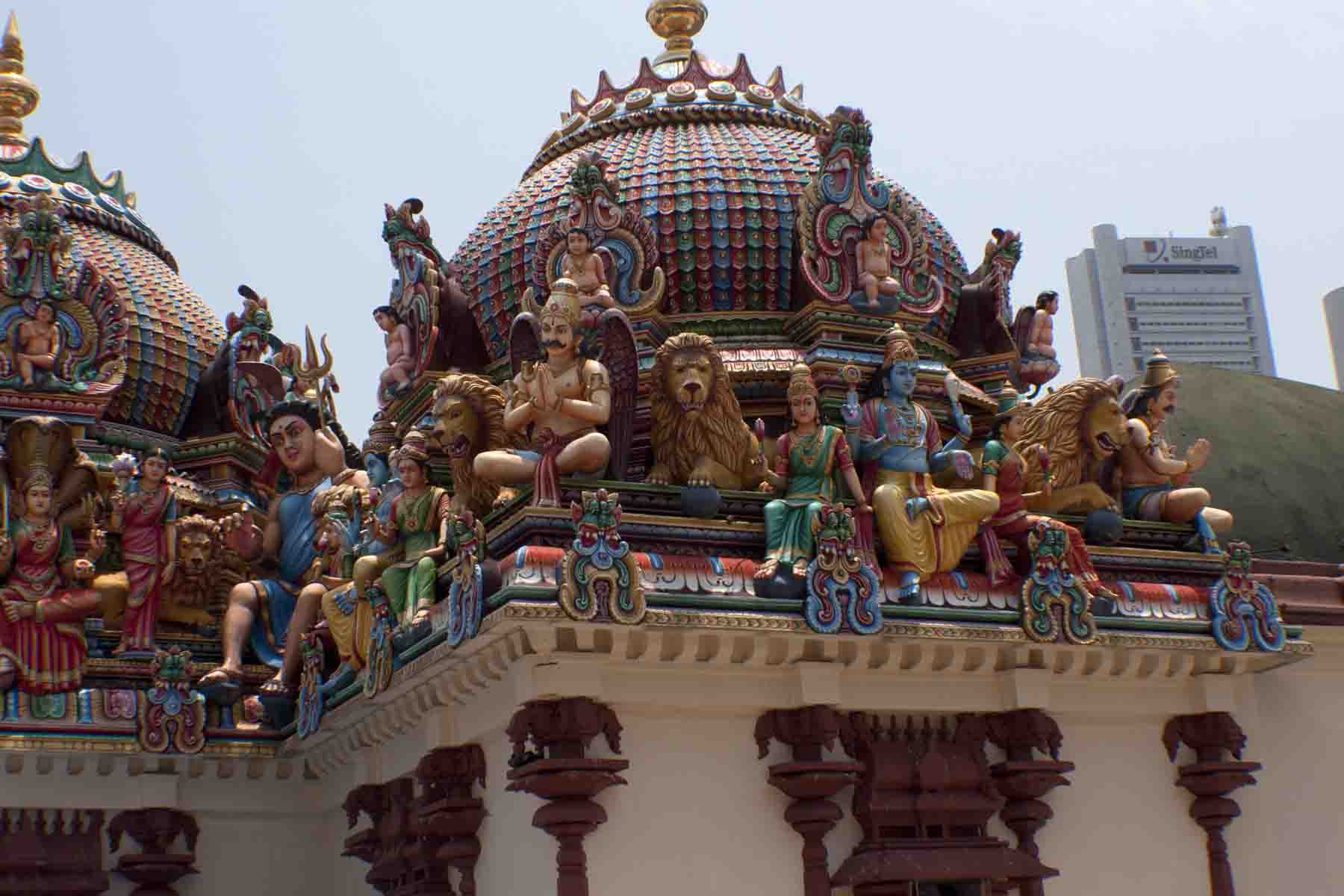 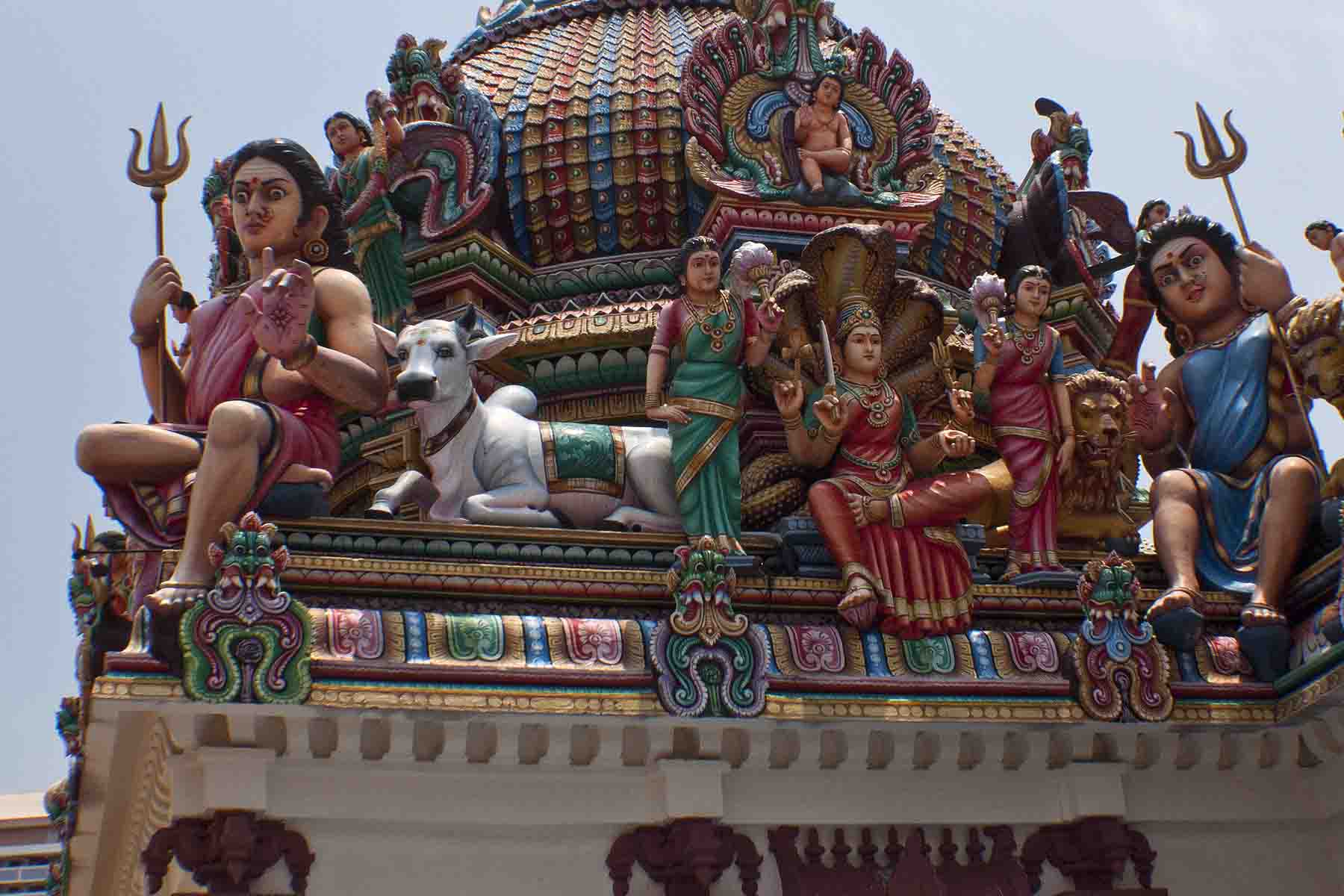 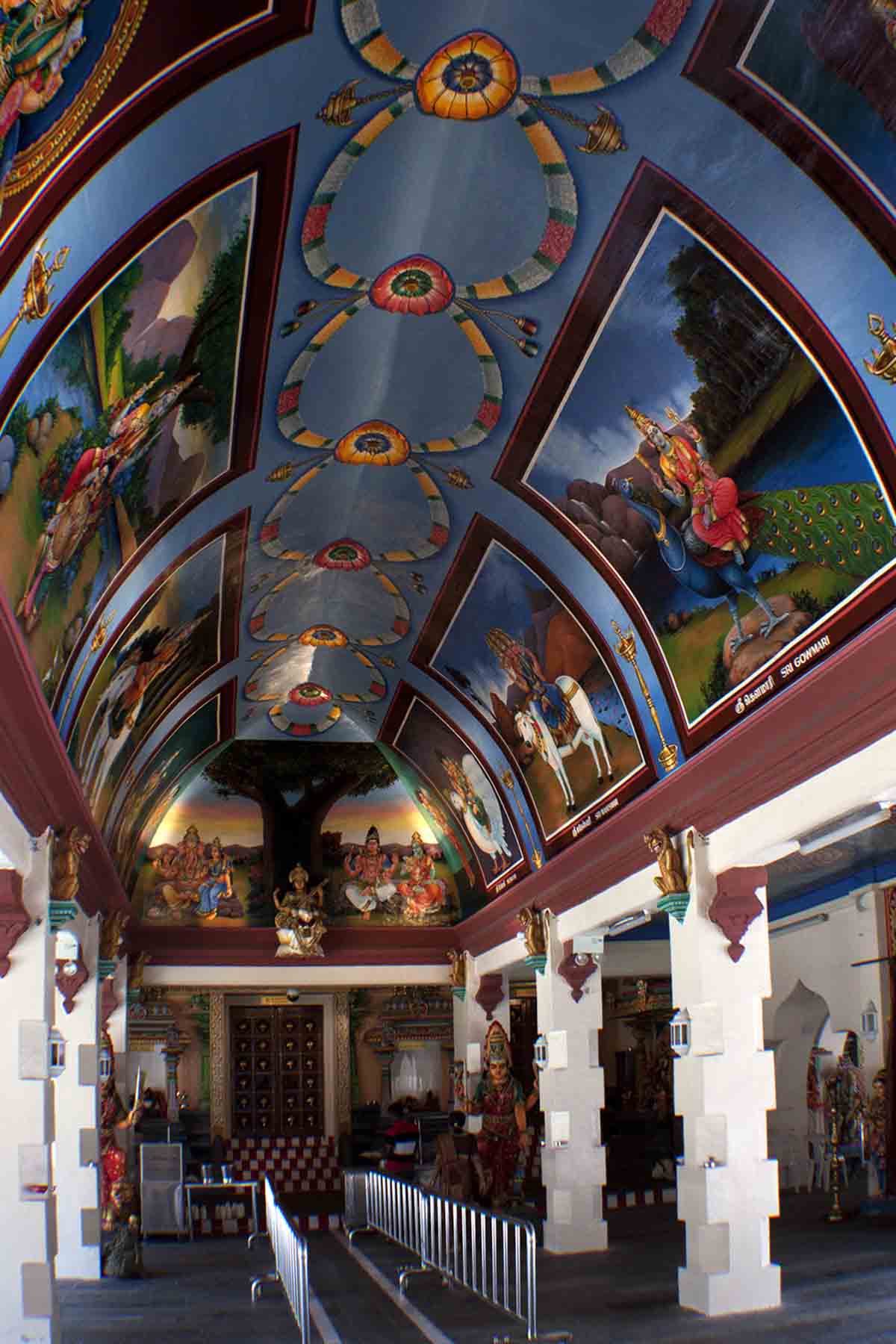 The highlight of the tourist attractions in Chinatown, though, was the Buddha Tooth Relic Temple (which supposedly houses a tooth of Buddha found in 1980). This place was absolutely huge! To quote the Rough Guide – “it simply clobbers you with its opulence” – even the elevators are lined with panels alternating mirrors and twinkling embroidered colourful swathes of material . The temple is several stories high and its walls shelve thousands and thousands of gold buddhas – all up for “adoption” (to recoup the $62 million Singapore dollars it took to build). The highlight was the rooftop garden whose small temple is lined with 12,000 5cm figurines of Buddha, and contains the largest prayer wheel in the world. The garden, as with all of them in Singapore, was immaculately maintained.

After our visits to the various religious houses in the area, we just wandered the streets of Chinatown, which was a simple pleasure, looking at all the restored shophouses with their intricate carving and crisp colours above awning height. Simply lovely.

Lunch was had at a branch of a growing restaurant group called Annalakshmi (there is even one in Perth!), that serves up amazing Indian vegetarian dishes by volunteers, with no prices specified – you may what you feel the meal was worth, and profits go to an association promoting South Indian culture. A very scrummy meal – we may investigate the one in Kuala Lumpur when we get to Malaysia. 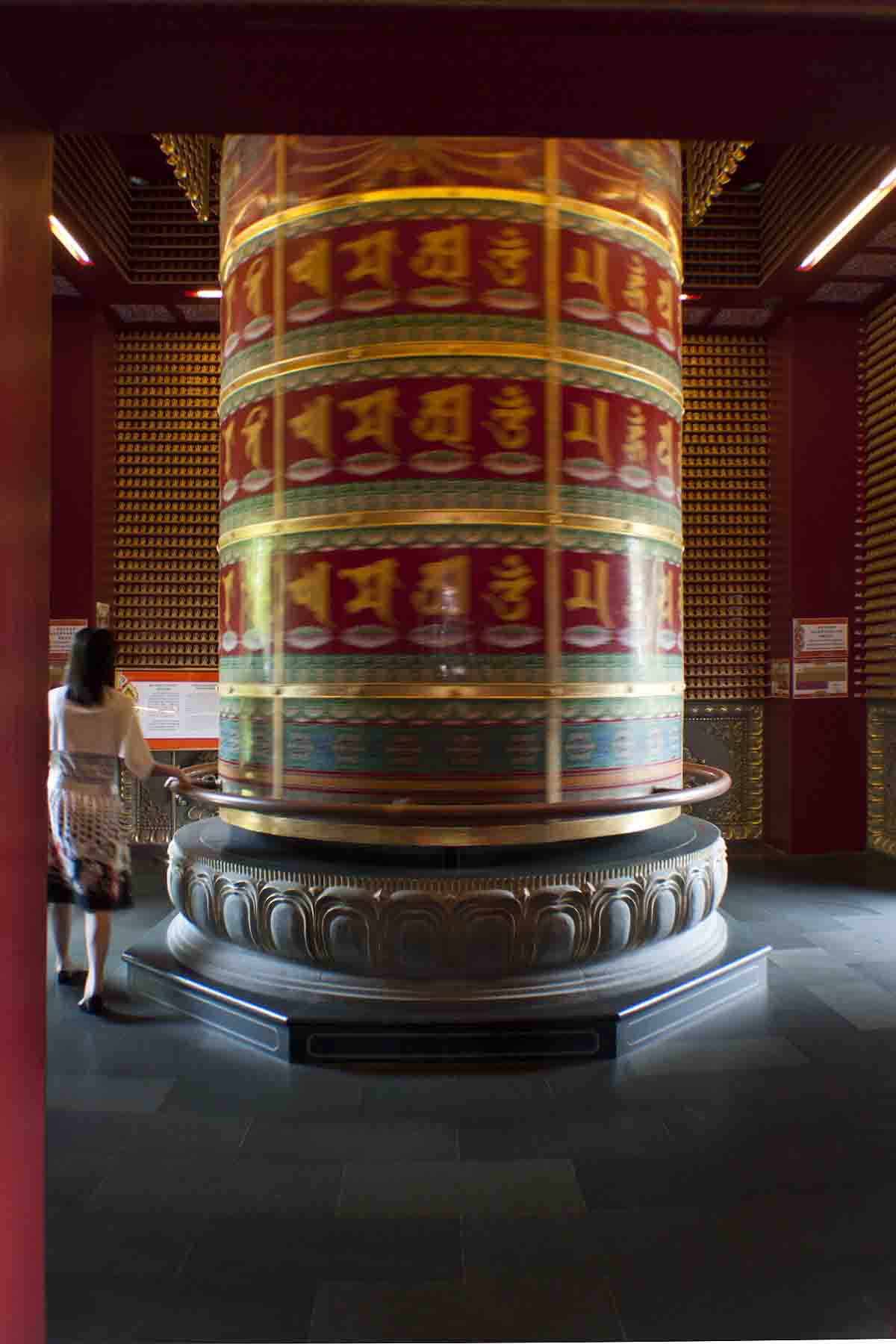 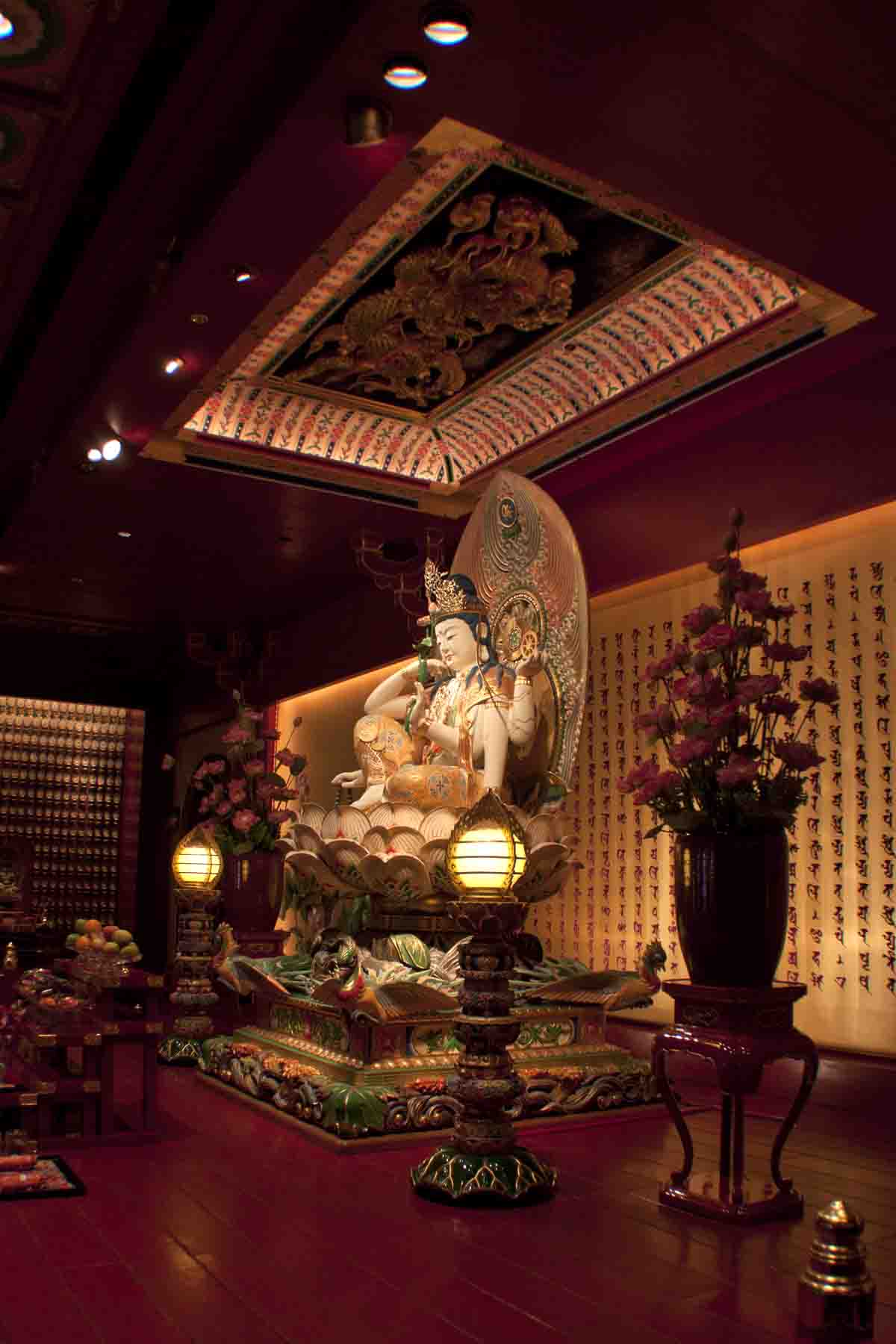 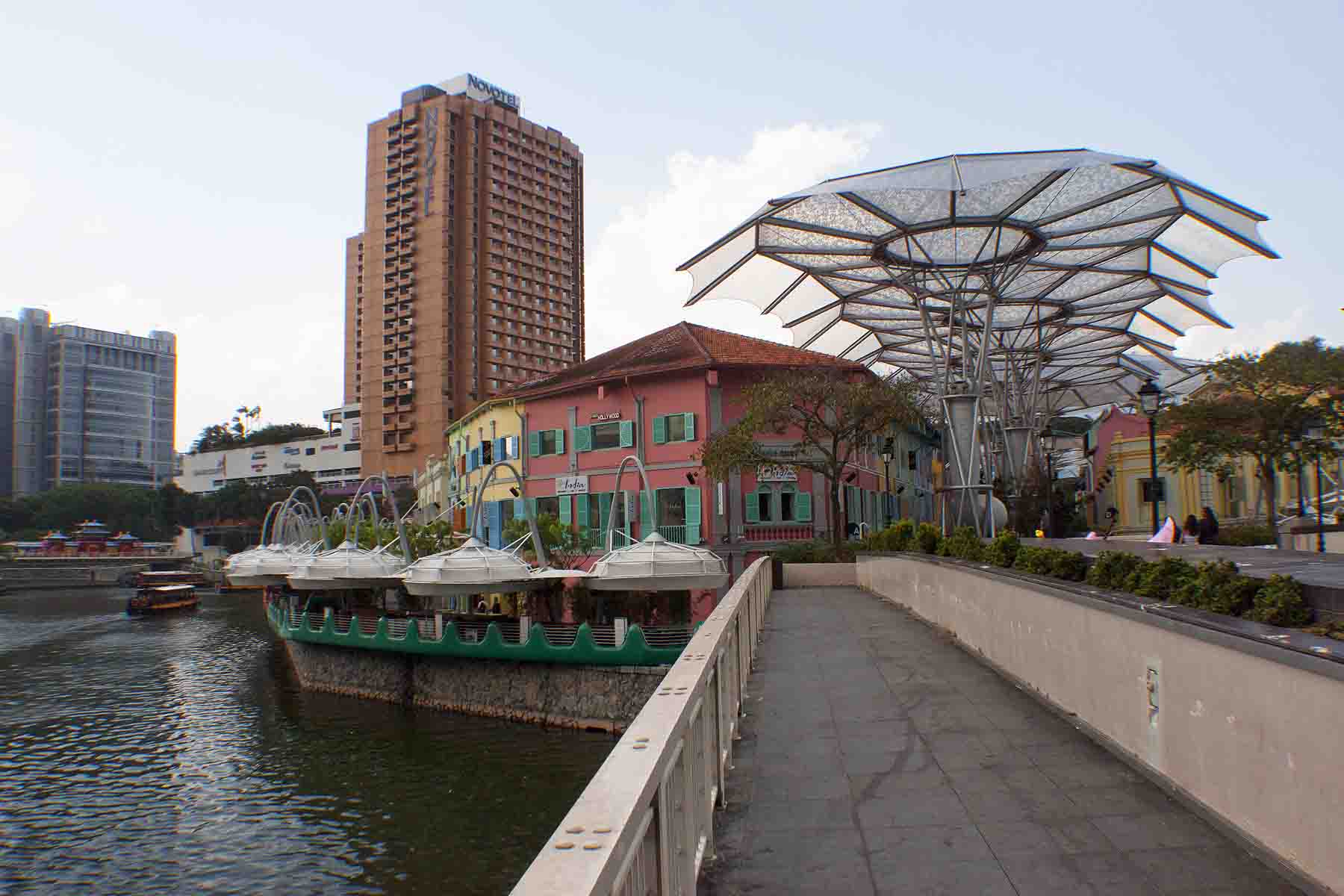 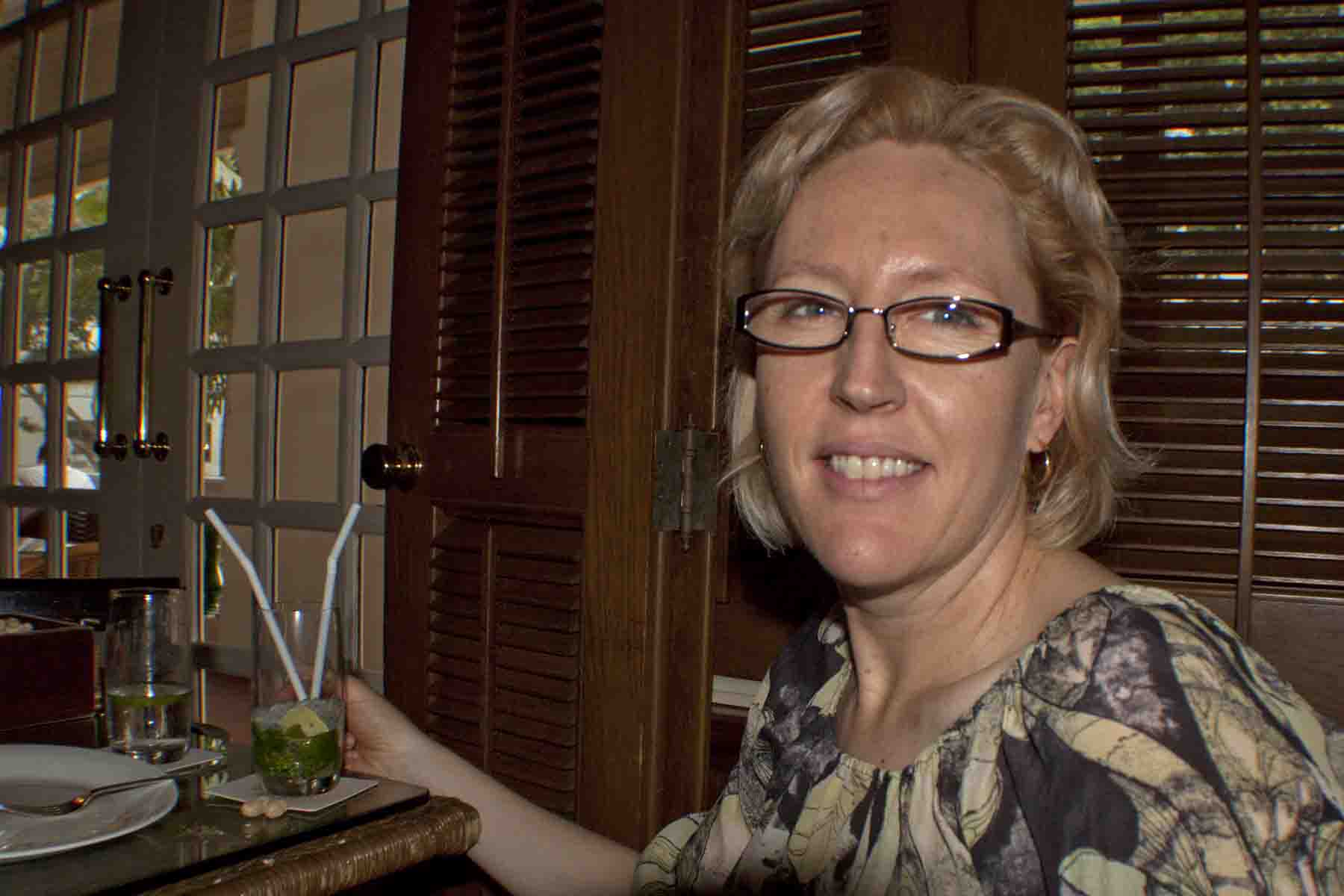 Nic and her mojito 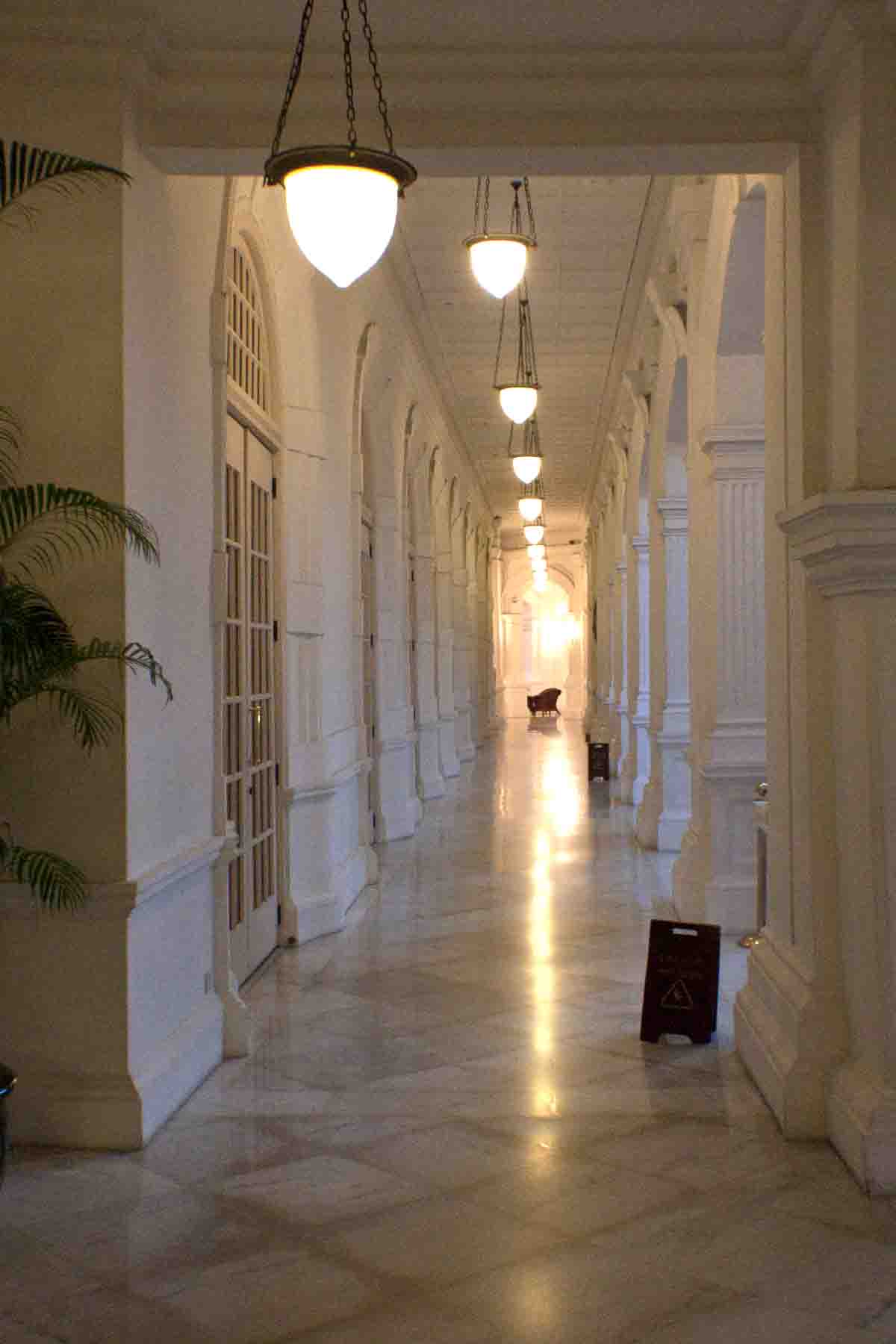 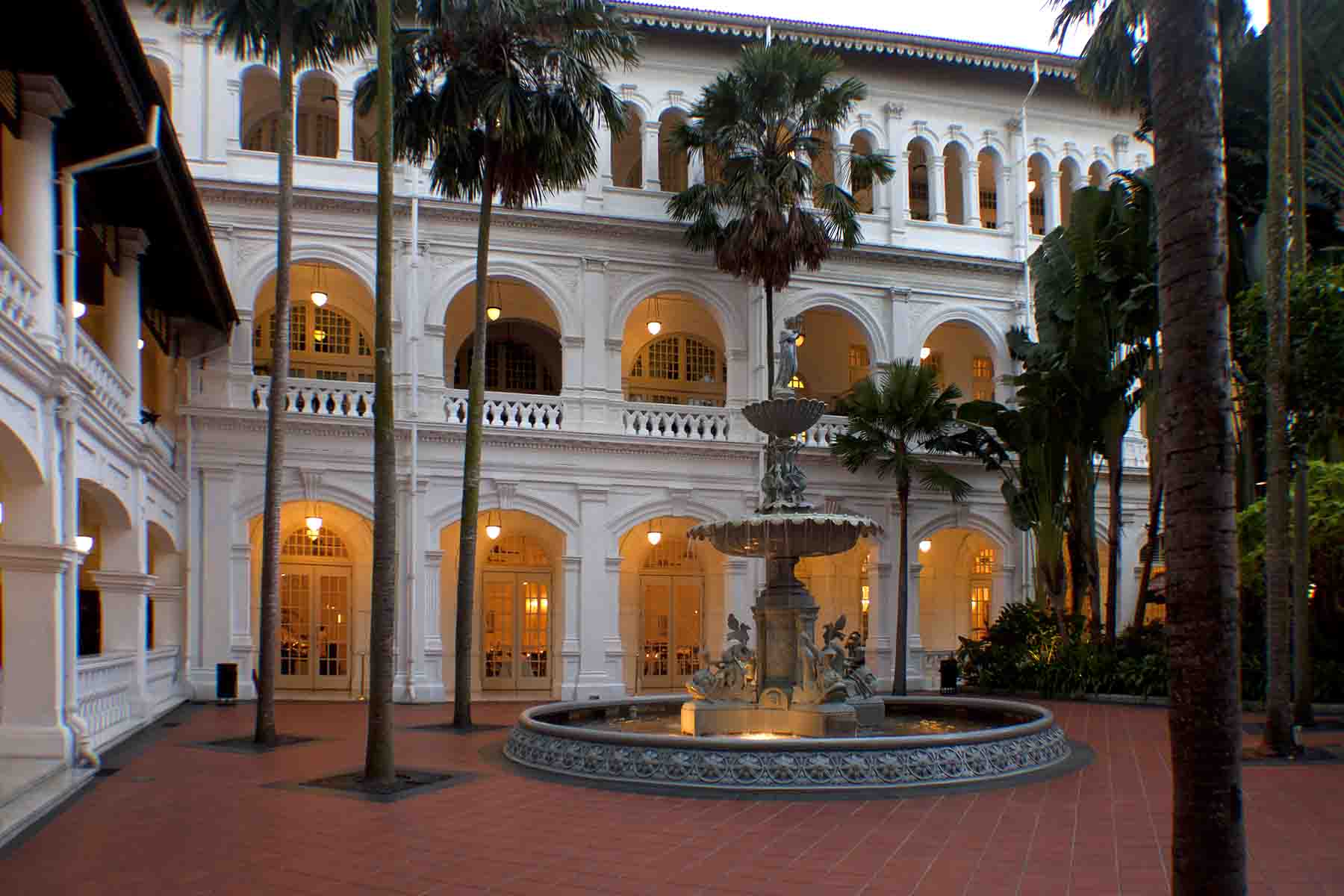 We walked back to our hotel, and after some quality relaxation time, we cleaned ourselves up and went to Raffles for a drink at the Long Bar. Now since Nic had already had a Singapore Sling (and wasn’t really a fan – a bit too fruity and far too easy to drink!), she went for a Mojito (one of the best she’s had), and John had his first Sling. It ain’t like a Guinness! Raffles is such a Singapore institution. The grandeur, the history, the old-world glamour, all made us feel like we really were born to travel and live like those who could actually afford to stay there! But we aren’t that well-heeled! So instead, we indulged in some cocktails and peanuts (whose shells MUST be discarded onto the old tiled floor) and soaked up the ambiance. John took some pics (obviously!) and we headed out into the evening for a wander through the Colonial District until it started to rain and we caught a cab back to the Novotel. It’s a tough job, this travel gig, but somebody’s got to do it!! 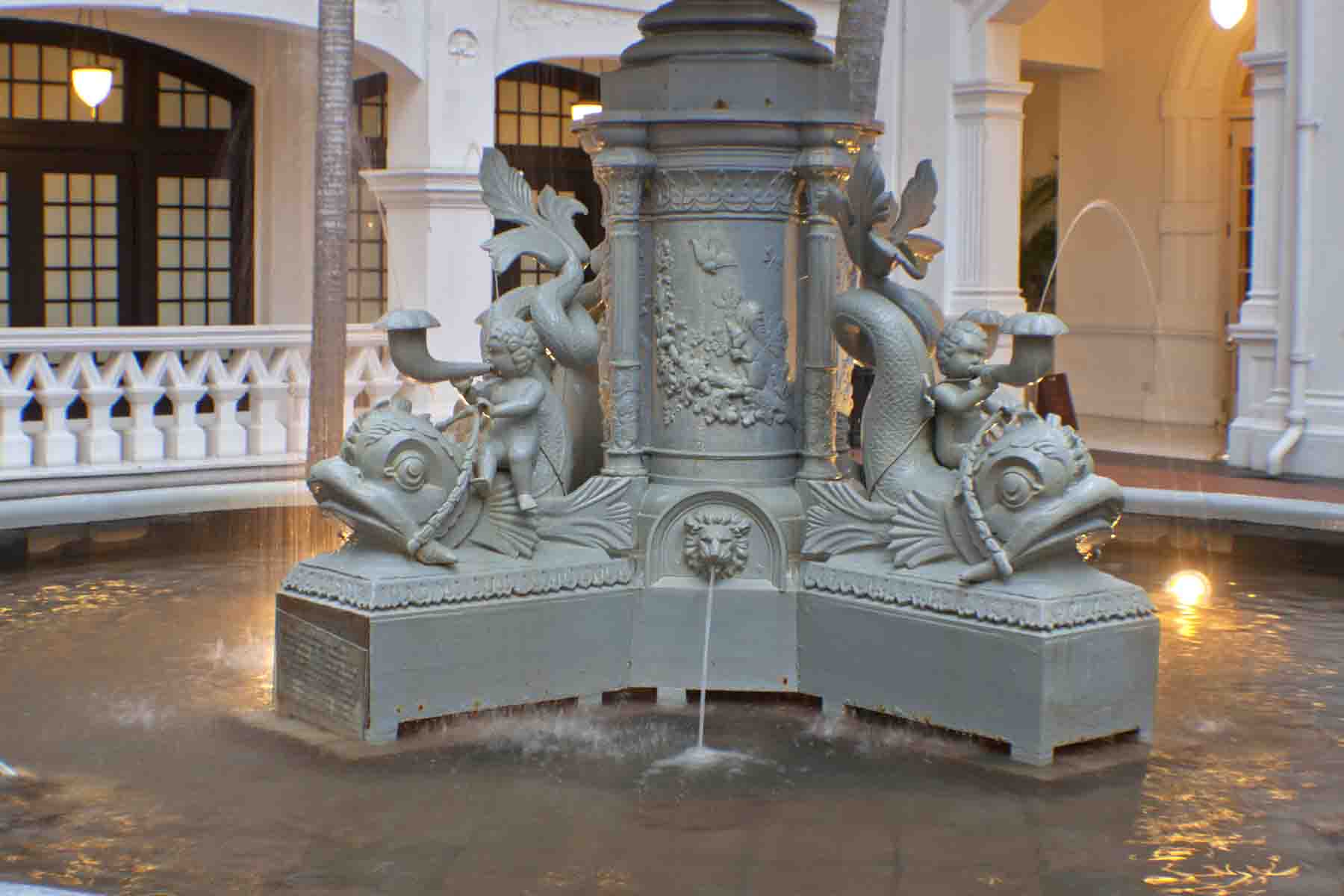 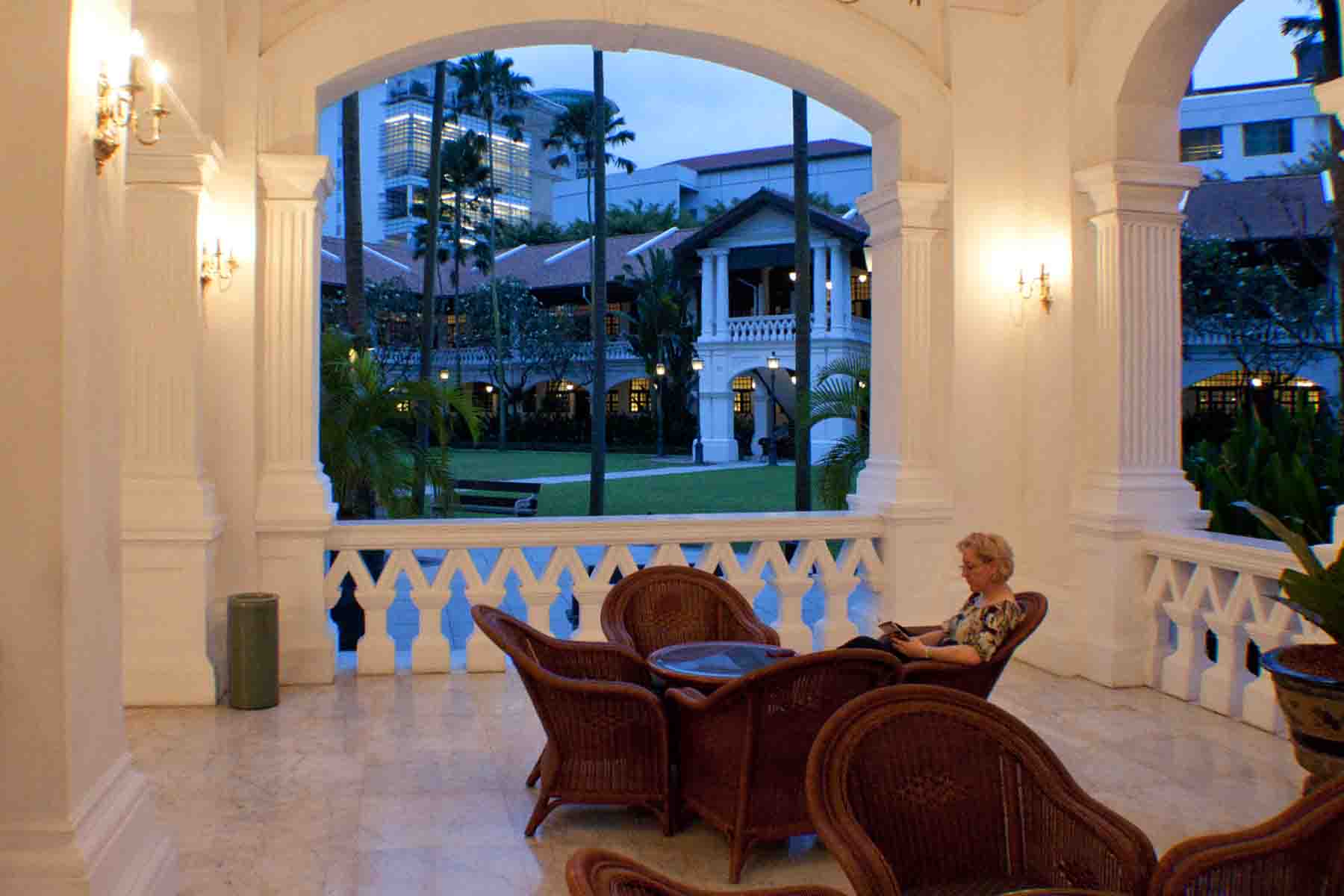 See? Nic has already made herself at home! 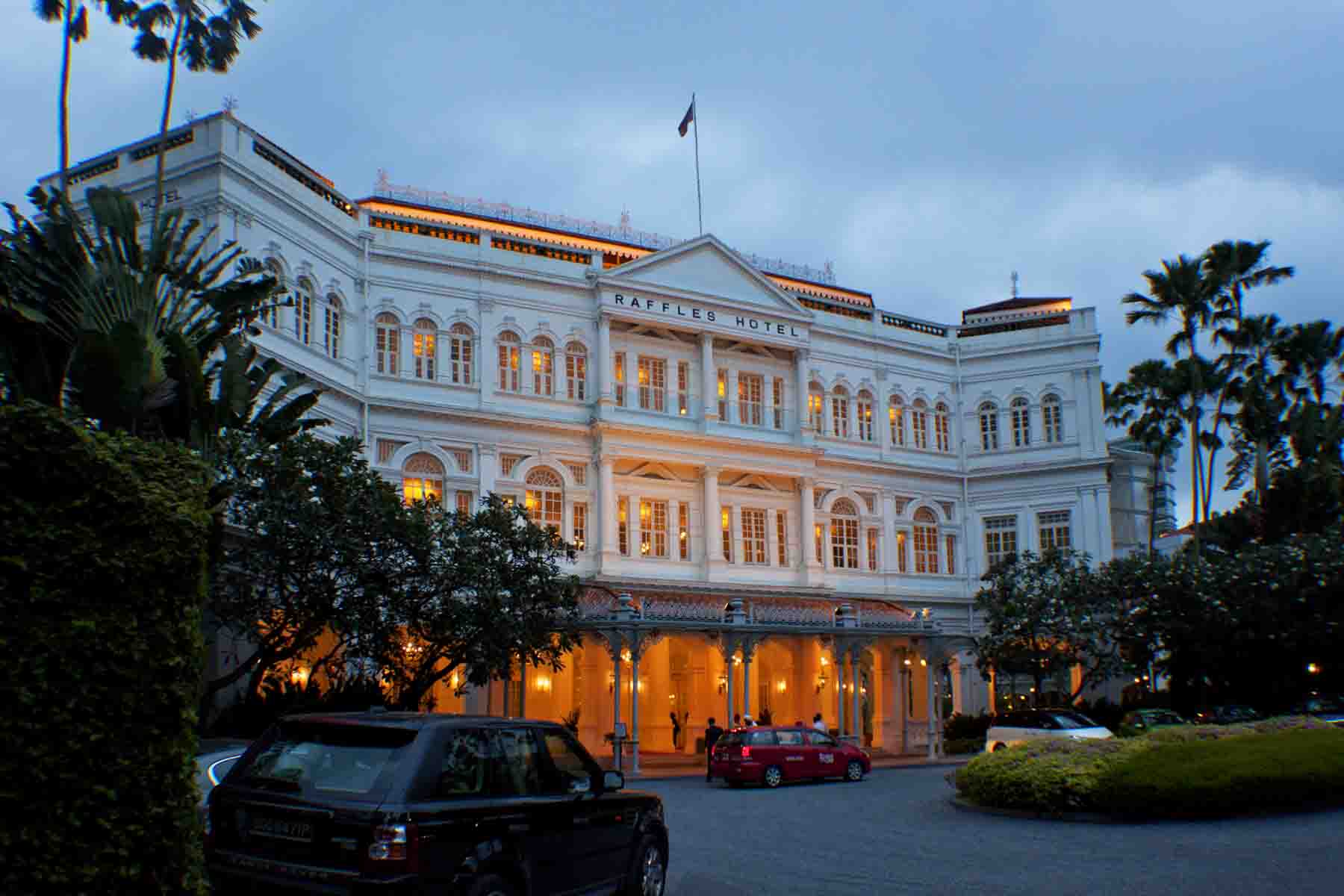 Front of the gorgeous Raffles Hotel